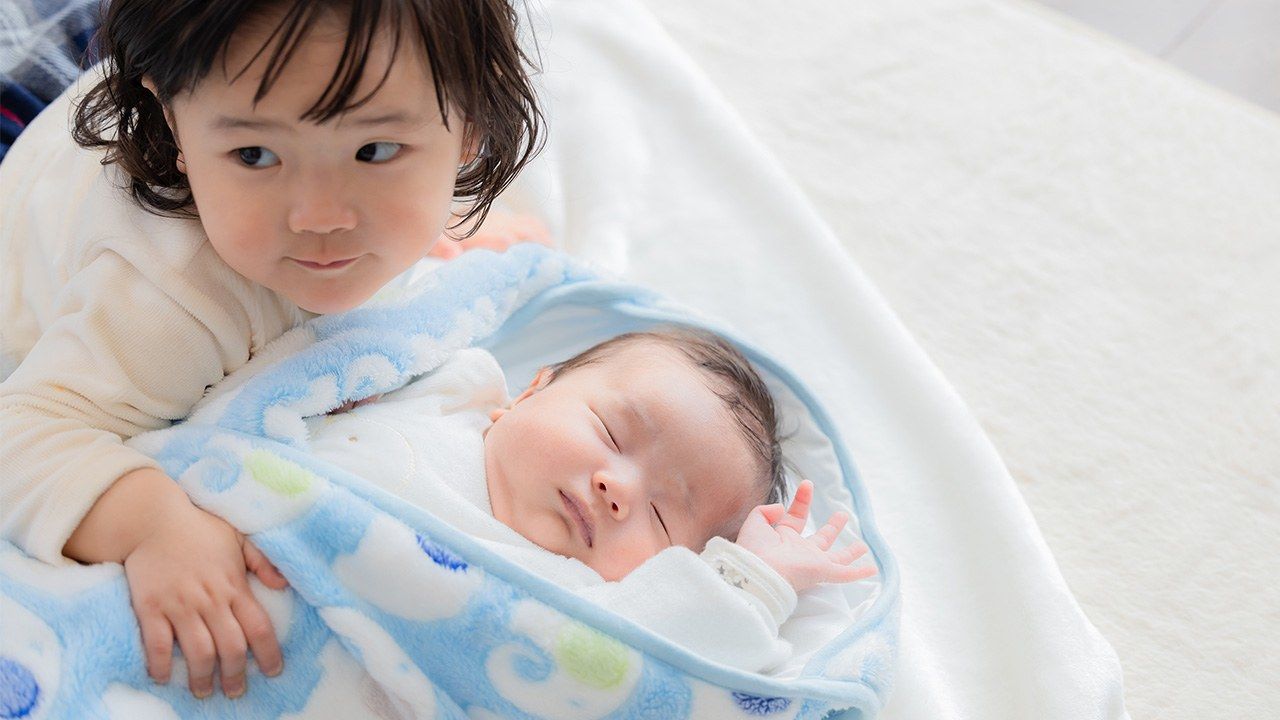 Society Health Economy Mar 17, 2022
The number of births continued to fall in Japan in 2021, while the number of deaths rose again after a decrease in 2020.

According to a preliminary report on population and vital statistics released by the Ministry of Health, Labor, and Welfare, 842,897 babies were born in Japan in 2021. This is 29,786 fewer than the year before, making 2021 the sixth consecutive year to see record low births. In fact, this preliminary figure includes Japanese citizens living abroad as well as foreign nationals residing in Japan, so the final number for Japanese nationals based in Japan is projected to be around 30,000 fewer.

While the number of deaths fell in 2020 (the first year of the pandemic) for the first time in 11 years, in 2021, this figure increased again by 67,745 to 1,452,289, the highest level since World War II. In a reflection of Japan’s aging society, the period between January and September 2021, for which causes have been published, saw an increase in deaths attributed to “natural causes” and “aspiration pneumonia.” Meanwhile, Japan’s natural population decline, which is calculated by subtracting births from deaths, surpassed 600,000 for the first time ever, reaching 609,392.

Marriages also declined 4.3% to a postwar low of 514,242. Due to Japan’s disapproving attitudes to out-of-wedlock births and premarital pregnancies, there are fears that this decline in marriages will further exacerbate the decline in the number of births. 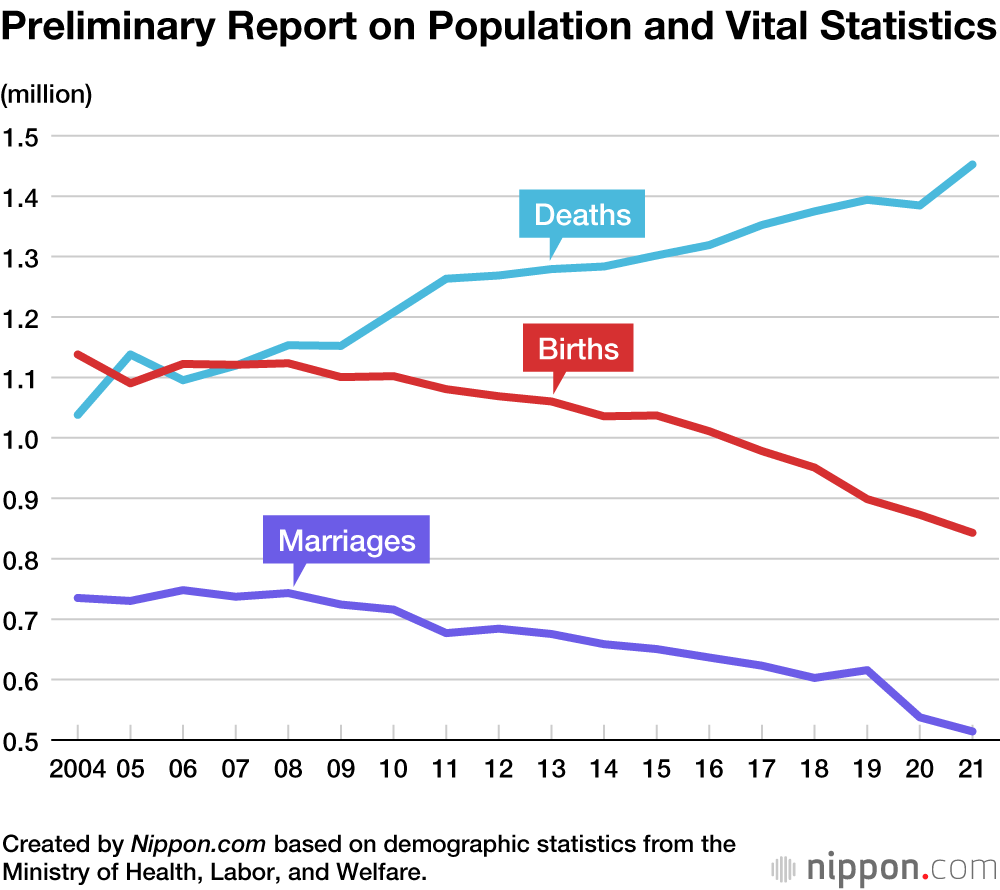