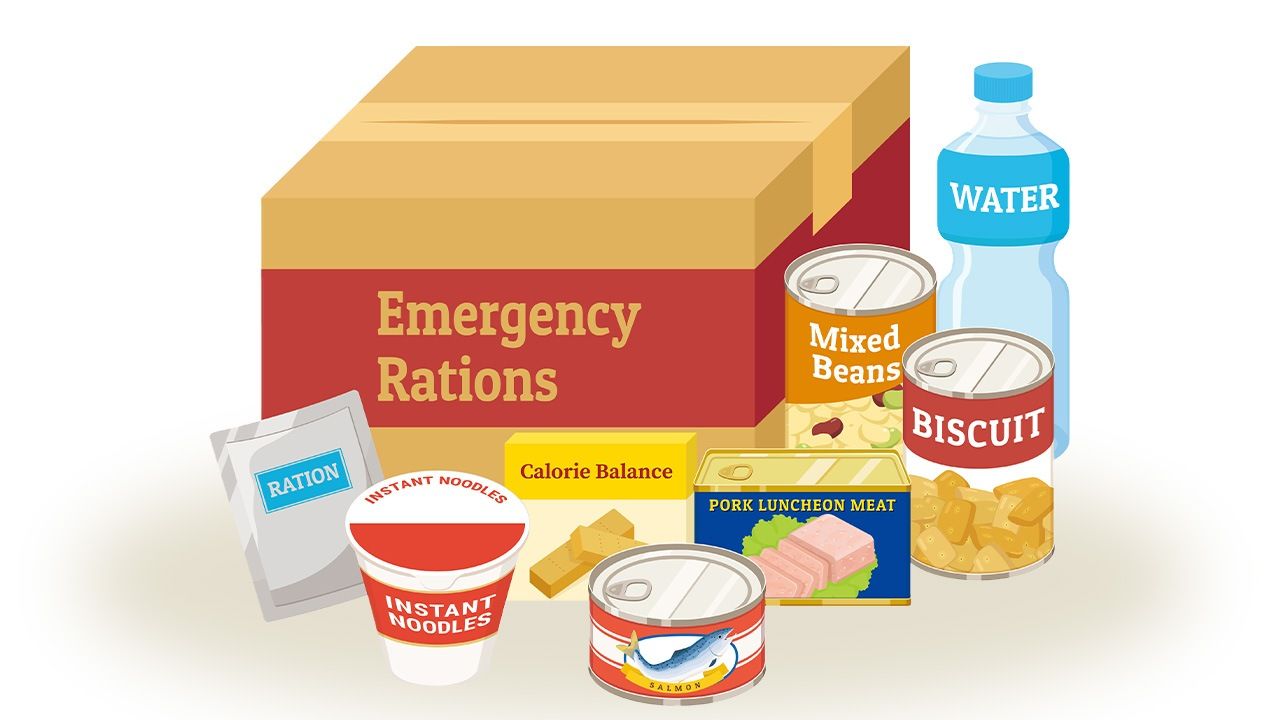 Survey Shows Japanese Have Average of 3.09 Days’ Worth of Emergency Supplies

Disaster Society Mar 23, 2022
Recent disasters, including heavy rains and typhoons, and the COVID-19 pandemic are thought to have prompted an increase in emergency planning in Japan.

A survey conducted by Weathernews of its app users and others, targeting 9,495 persons, found that 10% had prepared around a day’s worth of provisions for a disaster, 42% had three days’ worth of supplies, and 25% had enough supplies to last a week, while 23% had made no preparations at all. Thus, nearly 80% of those surveyed had prepared some emergency supplies. The average number of days for stockpiled provisions was 3.09 days, which is the highest average since the survey was first conducted in 2010. Awareness of the need for emergency preparations is greatest among residents of prefectures on the Pacific Ocean side of East Japan, which was hardest hit by the Great East Japan Earthquake.

There has been a significant increase in disaster preparations since 2019. According to Weathernews, this increase is related to the experience of the torrential rains in western Japan in 2018 and two major typhoons in 2019, as well as to the heightened disaster awareness resulting from the COVID-19 pandemic that struck in 2020. 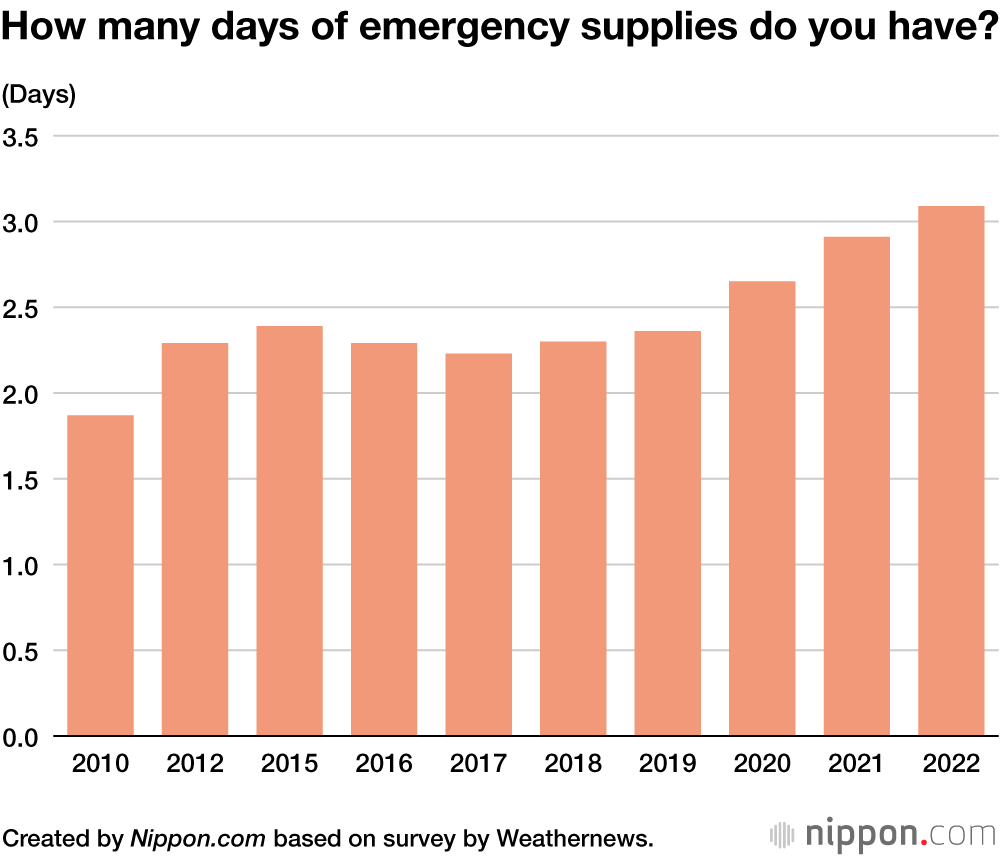 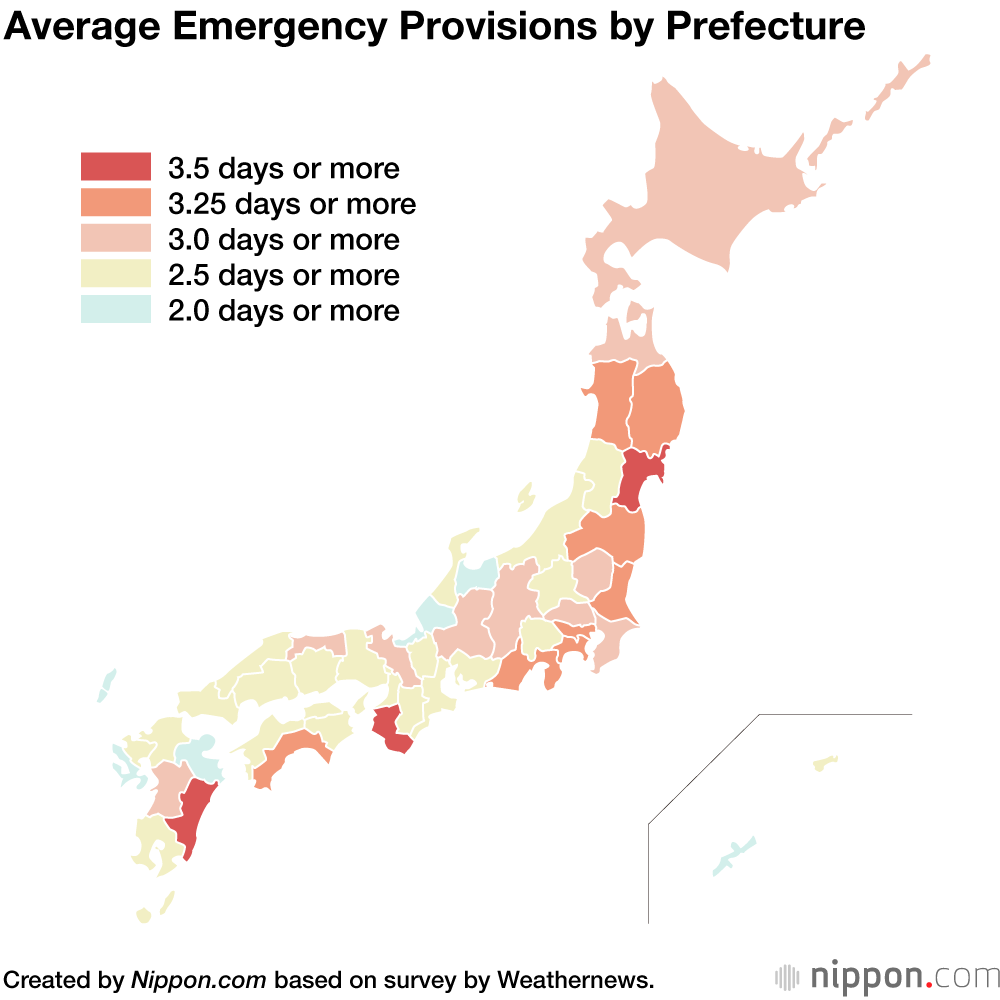 When asked whether they knew about evacuation sites and routes to them in the event of a disaster, a total of 93% of respondents said they either knew both or at least were aware of where the nearby evacuation area is located. However, only 72% knew the location of the evacuation area near their office or school. 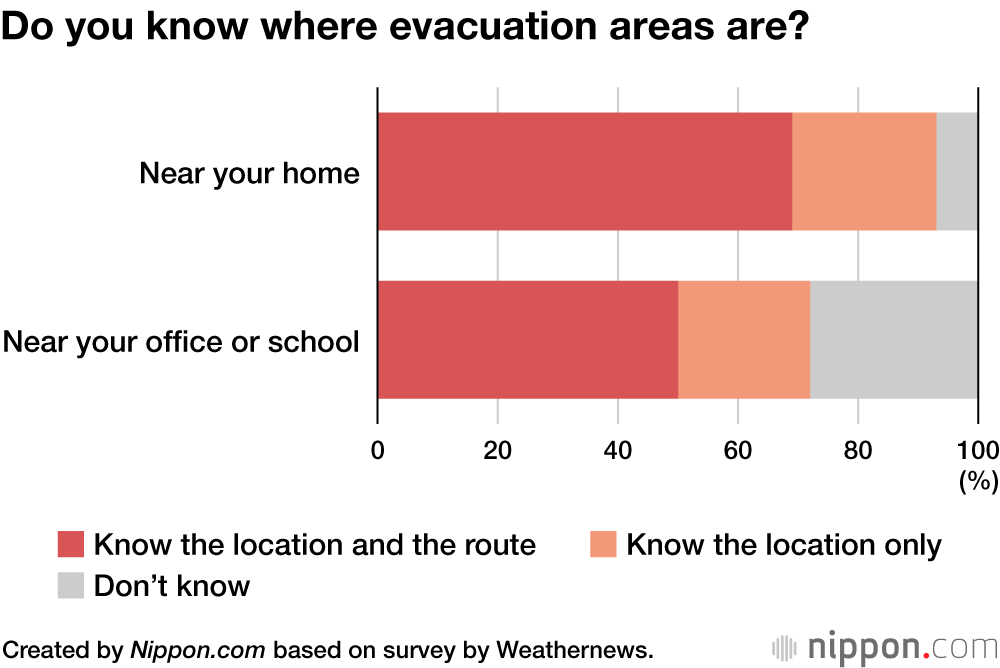