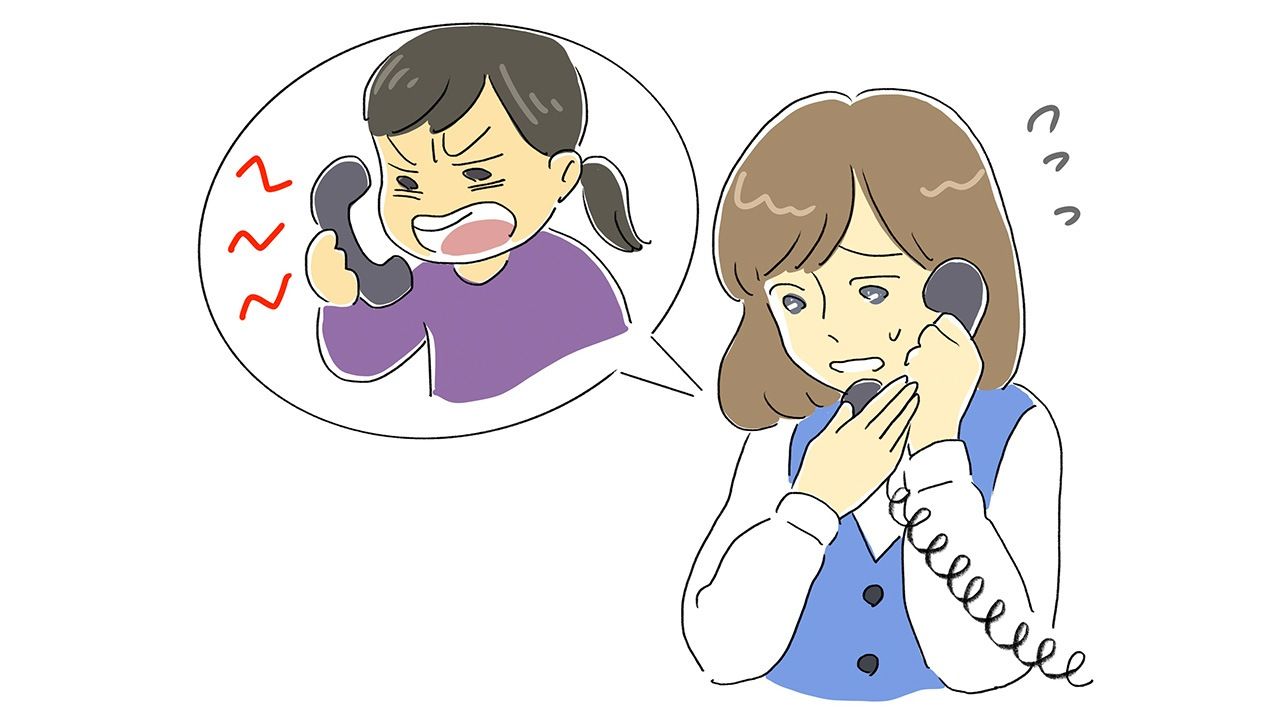 “Customer Harassment” Reported as a Problem at 20% of Japanese Businesses

Economy Society Apr 8, 2022
In response to an increase in “customer harassment,” such as malicious complaints or unreasonable demands, Japan’s Ministry of Health, Labor, and Welfare has prepared its first ever manual on how companies can deal with such behavior.

Following the adoption of the term “sexual harassment” in Japanese in 1989, similar words have been coined to identify negative behavior. For example, “power harassment” means bullying or abuse of power, particularly in the workplace. Another increasing problem is “customer harassment,” where the customer’s behavior is deemed unreasonable. 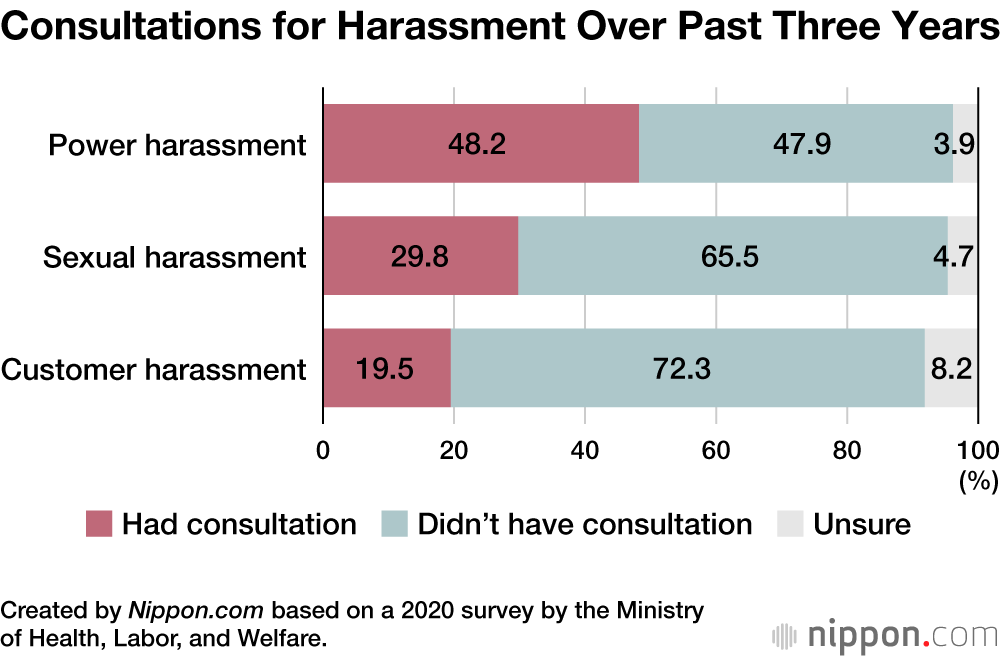 The ministry defines “customer harassment” as conspicuously disruptive behavior such as violence or malicious complaints from customers or business partners. The survey was conducted nationwide in October 2020, targeting companies and other organizations with 30 or more employees, and male and female workers aged 20 to 64 who work for them. A total of 6,426 responses were received from companies and organizations, and 8,000 from individual workers.

The survey results show that more companies and organizations saw consultations on sexual harassment and power harassment decrease over the past three years than increase, whereas consultations regarding customer harassment increased among 3.8% of respondents as compared to the 2.2% that saw a decrease.

Proportion of Workers Suffering Harassment Over the Past Three Years

Created by Nippon.com based on a 2020 survey by the Ministry of Health, Labor, and Welfare.

Among those who experienced customer harassment, the most common type of situation, cited by 52.0%, involved being made to deal with a customer for a lengthy period of time or responding to repetitive complaints. This was followed by cases of defamation, insults, or severe verbal abuse, mentioned by 46.9%, and extremely unreasonable demands such as a demand for money or goods or an insistence that the employee kneel down and bow in apology, as mentioned by 24.9%.

The manual created by the ministry in February for dealing with customer harassment recommends, as an initial response, collecting verifiable evidence such as audio or video recordings. More specifically, it is recommended that responses to customers be made in a private room, such as a reception area, rather than on the store floor, and to always have two or more employees respond to the customer. Other suggestions are to install a dedicated phone line for receiving complaints that can be recorded and avoid visiting a customer with a complaint at a time when it is more difficult to remain calm, such as at night or early in the morning.