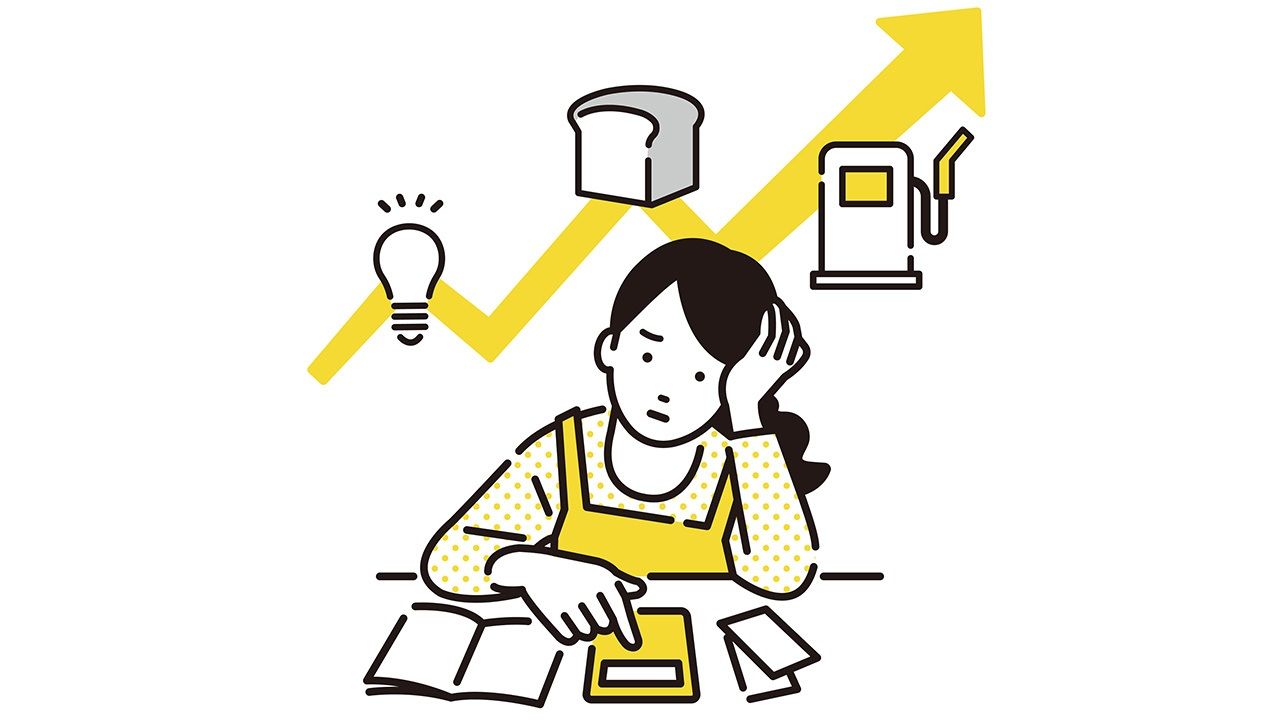 Economy Society Lifestyle Apr 25, 2022
As the prices of oil and raw materials have been skyrocketing in Japan as a result of the prolonged COVID-19 pandemic and the impact of Russia’s invasion of Ukraine, many companies are planning to increase their own prices.

From the beginning of 2022, there has been more and more news in Japan about price hikes for gasoline, electricity, bread, convenience-store box lunches, and other items.

A survey on companies nationwide conducted by Teikoku Databank from April 1 to 5 shows that over 30% have raised prices between October 2021 and March 2022. In addition, 43.2% of the companies intend to raise prices during the fiscal year that began in April 2022, including 25.7% raising prices in April and 11.1% in May.

By industry, 59.8% of companies in the steel, nonferrous, and industrial sector and 55.6% in the chemical manufacturing sector raised prices. As for the fiscal year starting in April 2022, as many as 73.1% of the companies in the food-and-beverage and animal-feed sector plan to raise prices.

The survey showed that 16.4% of the respondents, or about one in six firms, said they would like to raise prices but are unable to do so. It appears that such companies have been forced to make difficult choices for fear of losing customers, insofar as they would like to have stable sources of income from sales but would lose out in competition if they were to raise prices. 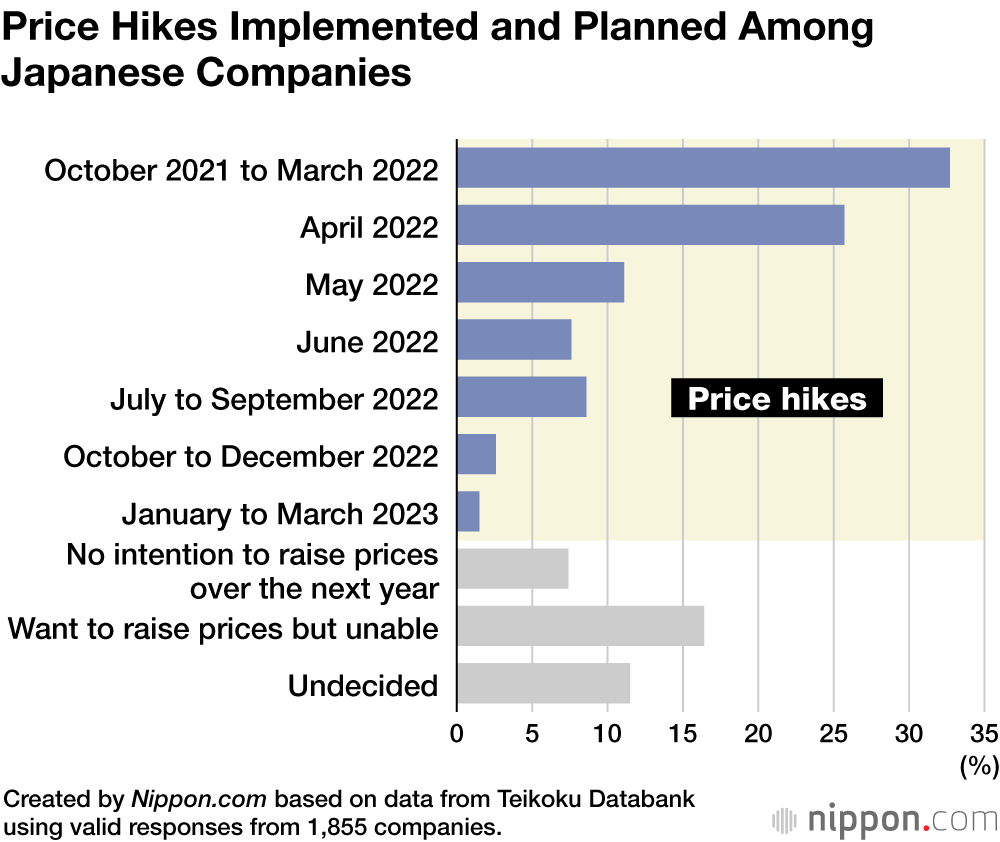 The results of the survey show that 43.2% of the companies in sectors related to personal consumption—including retail, food and beverage, education, and entertainment—expect to raise prices during the fiscal year beginning from April 2022, which could lead to a further cooling of consumer sentiment. Among the concerns voiced by survey respondents, a food and beverage retailer in Ishikawa Prefecture said it would be impossible to maintain profits at current prices due to increased costs for items like raw materials, packaging, and cardboard. 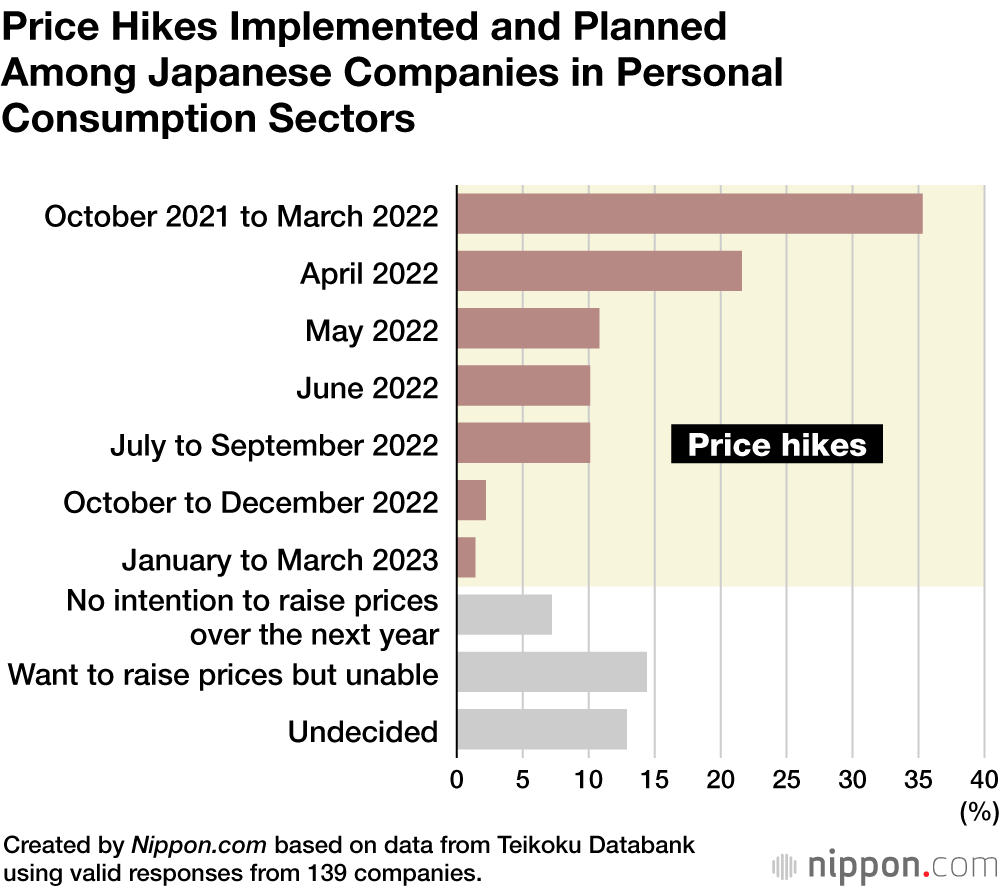