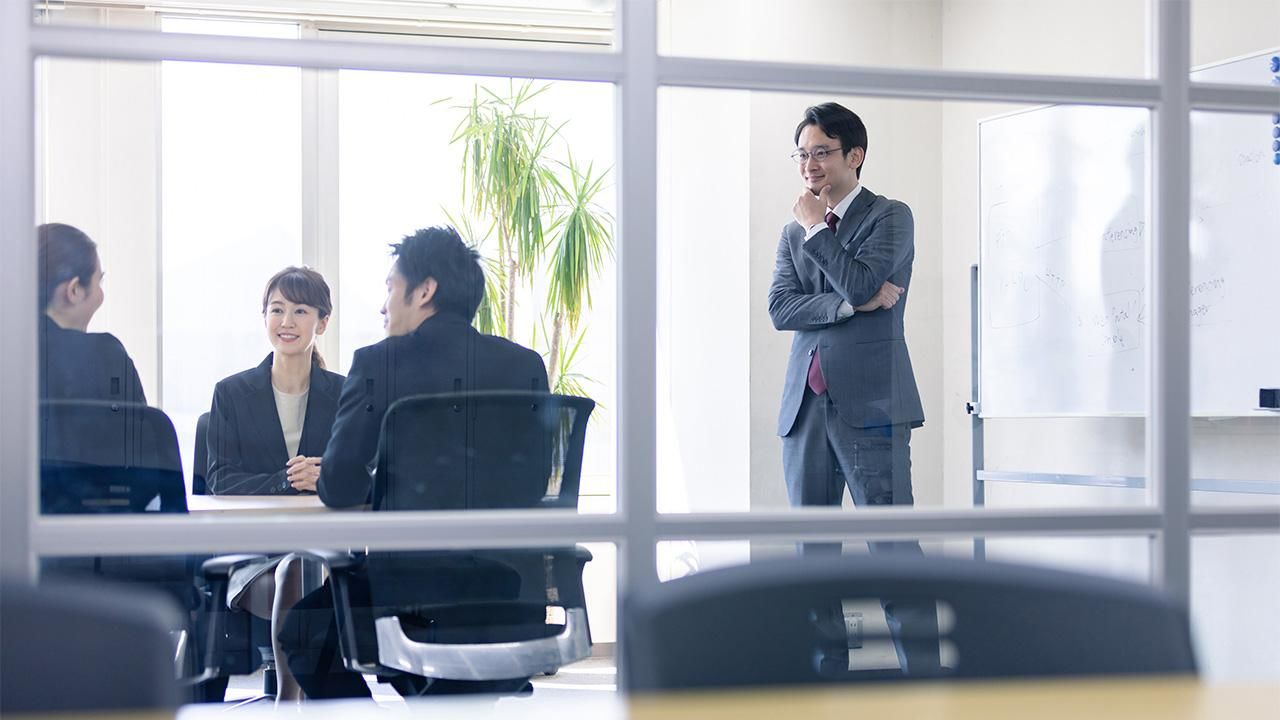 Society Work May 10, 2022
An online survey in Japan found that while many women are working, few are in positions in middle management or above.

LinkedIn Japan conducted an online survey in February 2022 targeting around 1,000 people aged 18 to 70. It found that the gender ratio for female to male employees was 43:57. Among regular employees, that ratio shifted to 29:71, showing that women are overwhelmingly working in nonregular positions. For positions at middle management level or higher (22% of total employees), the ratio of 17:83 showed that men were particularly prominent. 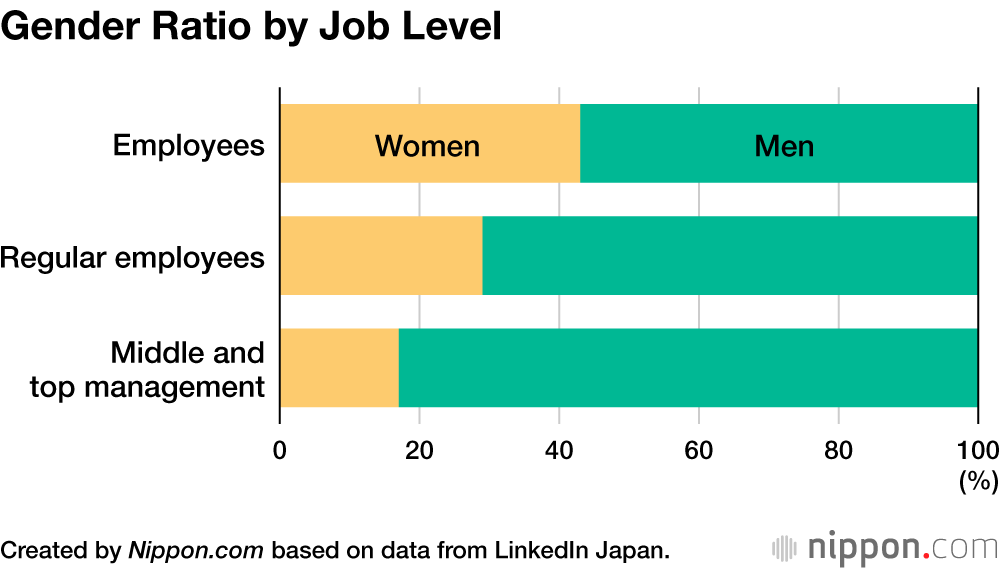 When asked how much they agreed on certain statements regarding gender equality and social issues in Japan, 40% of respondents felt that “men and women are fundamentally different, so equality is impossible.” This was nearly double the 22% who disagreed with that opinion. The survey results show how many people in Japanese work society assume that there is a degree of gender difference. 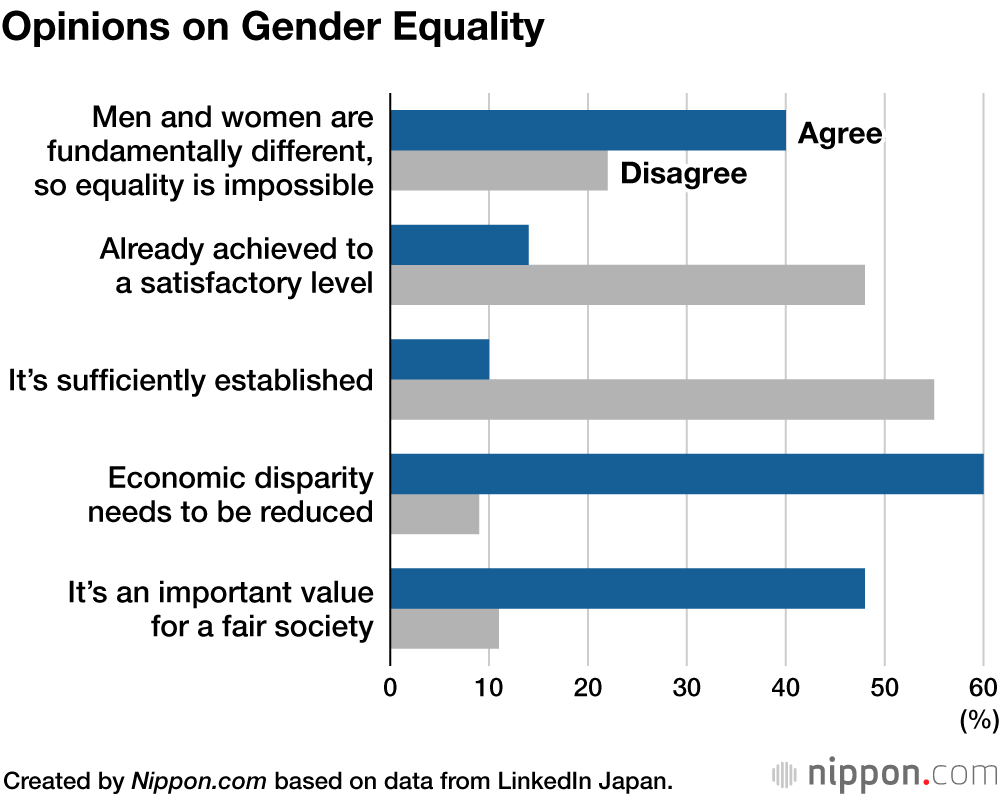 When respondents were asked if there was a gender gap in Japanese society, 71% overall answered either “very much so” or “somewhat.” The top solution proposed for closing this gap was to “proactively create learning opportunities in school education.” And, while it ranked third overall, there were strong calls from women for “equal division of housework between men and women.”

Created by Nippon.com based on data from LinkedIn Japan.