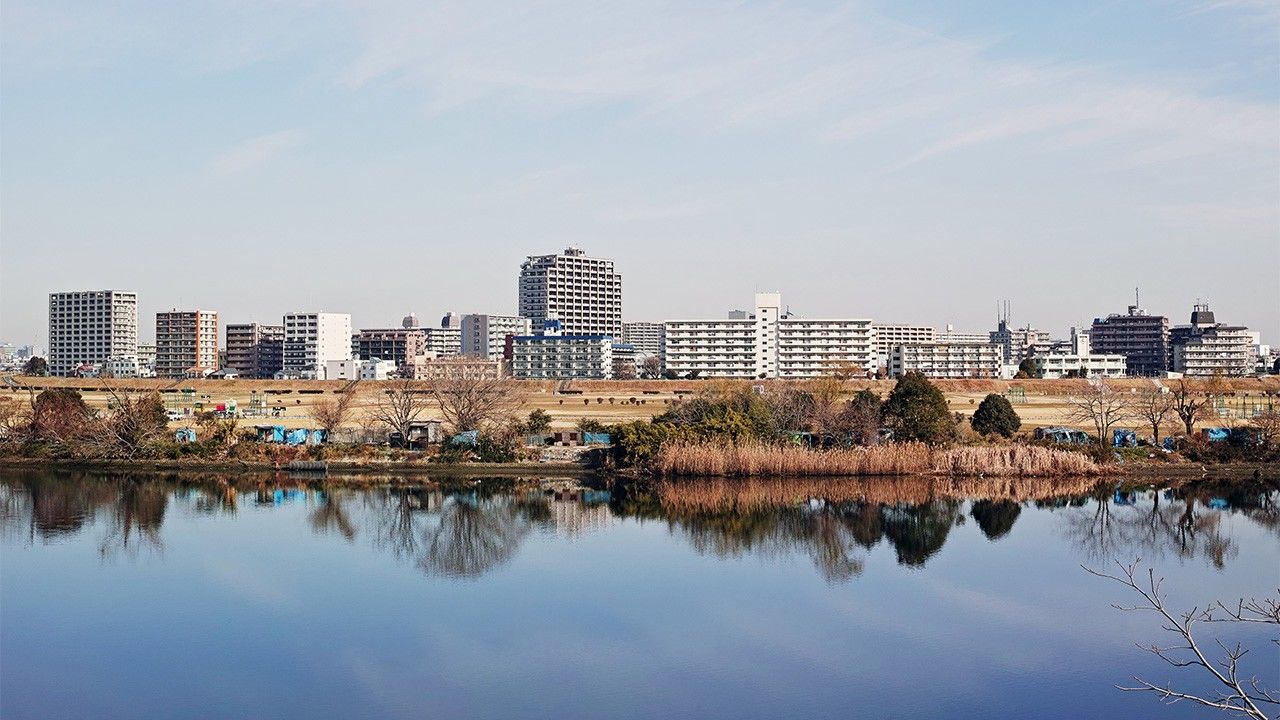 Society Economy Lifestyle Family May 20, 2022
The number of homeless people in Japan has dropped to its lowest level yet of 3,448, according to a government survey on homelessness that has been conducted since 2003. While this decrease reflects the results of self-reliance support projects being run by local authorities and regional NPOs, some categories of people without fixed residence, such as those who live in Internet or manga cafés, are not included, indicating that there are actually many more people who still need support.

According to the Ministry of Health, Labor, and Welfare’s survey held in January 2022 looking at the current state of homelessness, the total number of homeless people in Japan fell by 376 (9.8%) year on year to 3,448. This makes it the lowest figure recorded yet since the survey began in 2003. Men made up the overwhelming majority with 3,187, while women accounted for 162. A further 99 people’s gender could not be visually determined as they were wearing winter clothing. 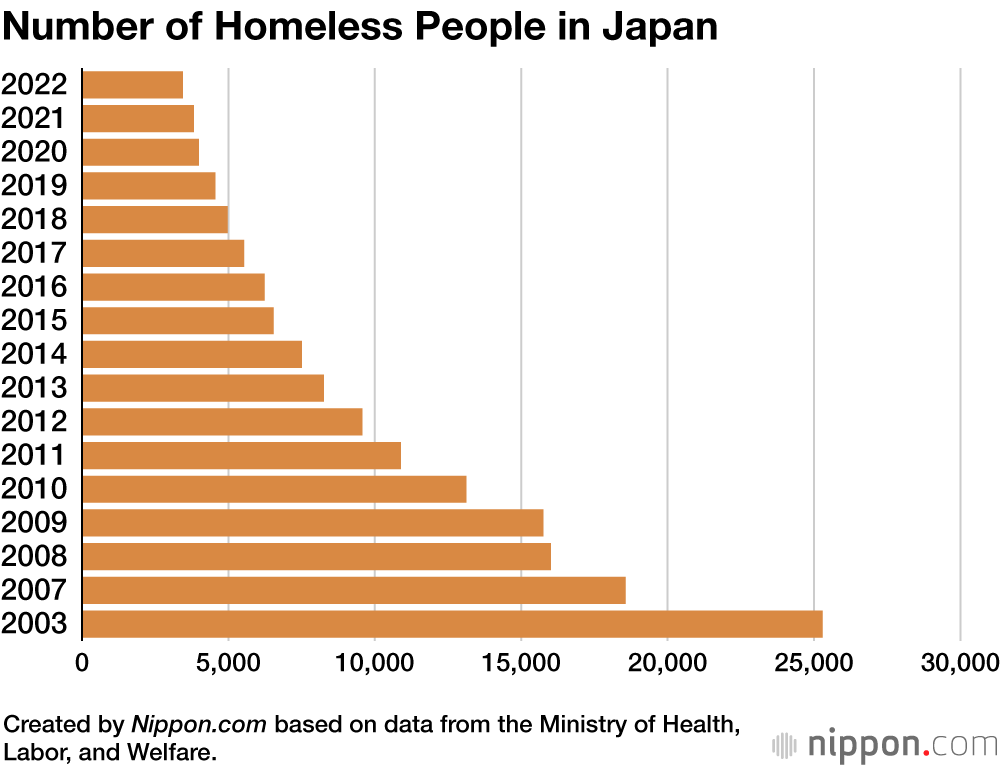 By city, Osaka had 923 homeless people, which was much higher than central Tokyo with 703. This was followed by Yokohama with 285, Fukuoka with 182, and Kawasaki with 161. The figure for central Tokyo and other major cities combined was 2,737, accounting for 80% overall. 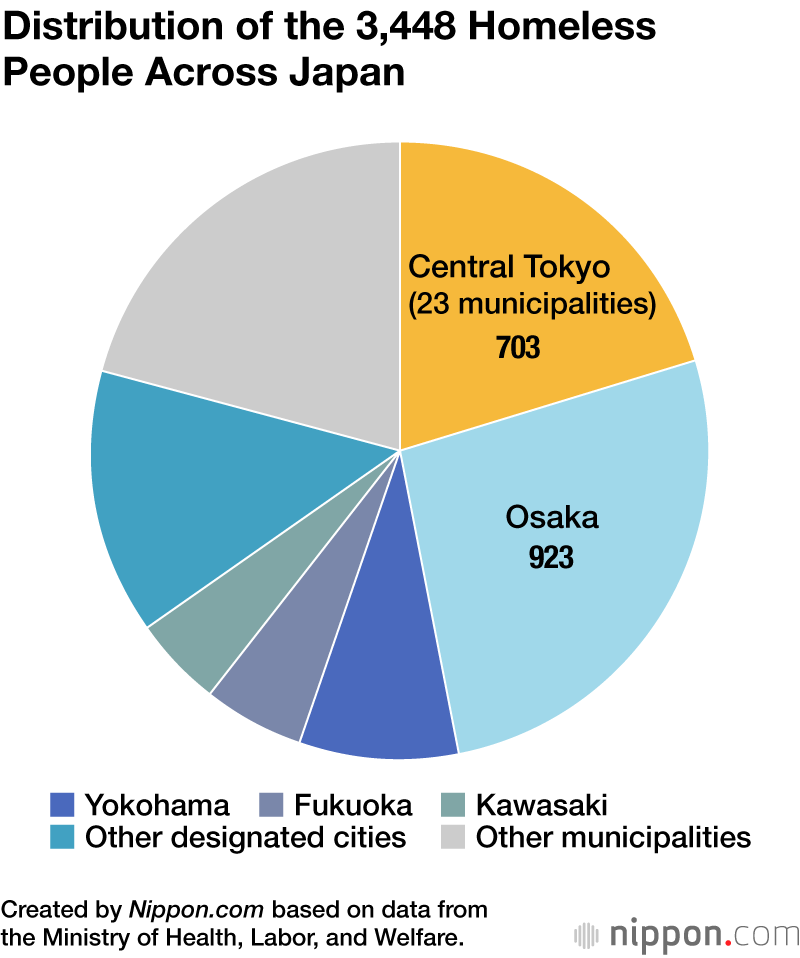 By prefecture, Osaka had the largest number of homeless people as well with 966, followed by Tokyo with 770, and Kanagawa with 536. Twelve prefectures reported no homeless people: Aomori, Iwate, Akita, Yamagata, Fukui, Nagano, Shiga, Nara, Tottori, Shimane, Yamaguchi, and Nagasaki. Areas that saw the most significant decreases from the previous year included Kanagawa (down 151) and Tokyo (down 92).