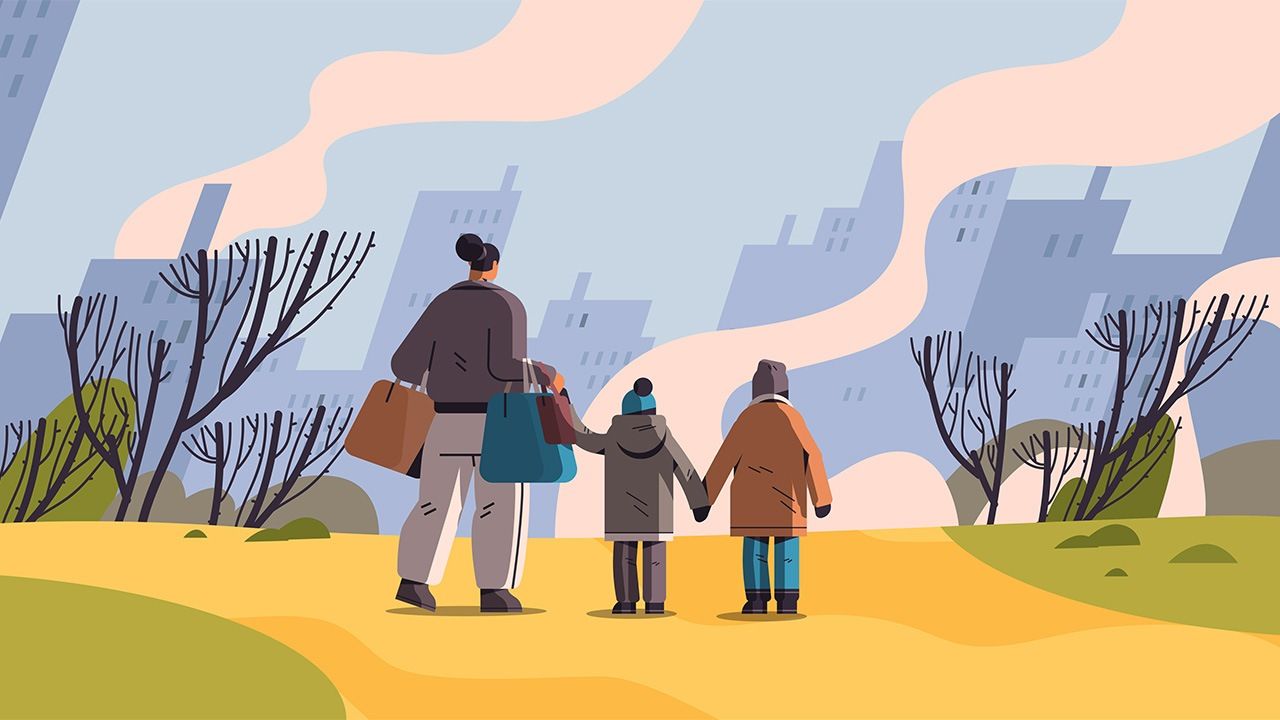 Politics Society Jun 1, 2022
In 2021, the number of people given refugee status or granted special residence for humanitarian reasons in Japan reached new record highs, although the country still accepts few refugees compared to others in the Group of Seven.

According to the Immigration Services Agency of Japan, the country recognized 74 refugees in 2021 under the Immigration Control and Refugee Recognition Act, up 27 from the previous year. This is the highest number on record since the recognition system was established in 1982. Among the refugees, 32 were from Myanmar, the number affected by the military coup d’état that occurred in February 2021. In addition, although not accepted for refugee status, the number of foreigners who received special residence permits for humanitarian reasons increased by 536 to 580, the highest number yet. Looking at the reasons why those who were granted special residence applied for refugee status, 525 cases were due to “the situation in the home country” and 95% of those people were from Myanmar. 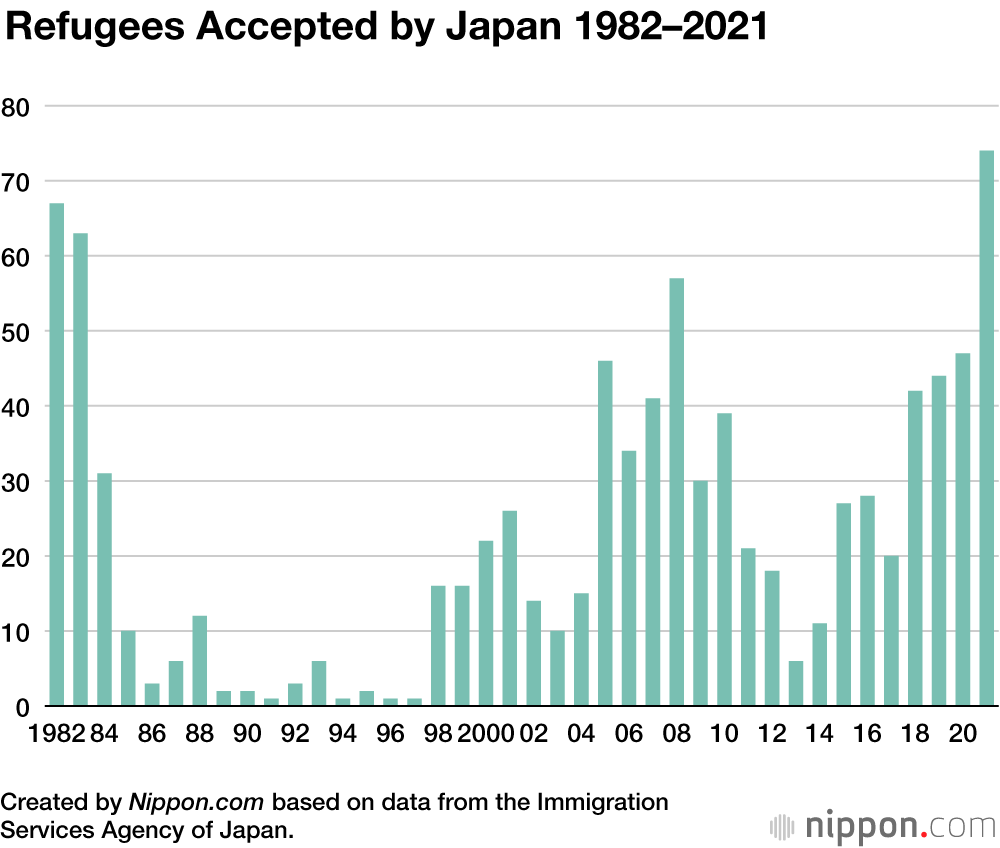 According to a survey conducted by the Tokyo-based nonprofit organization Japan Association for Refugees, Japan’s refugee recognition rate in 2020 was 0.5%, when it gave 47 people refugee status. In sharp contrast to this, Germany had a 41.7% rate, recognizing 63,456 people, Canada stood at 55.2% with 19,596 people, and France had 14.6% with 18,177 people, highlighting that Japan’s recognition rate is still very low. 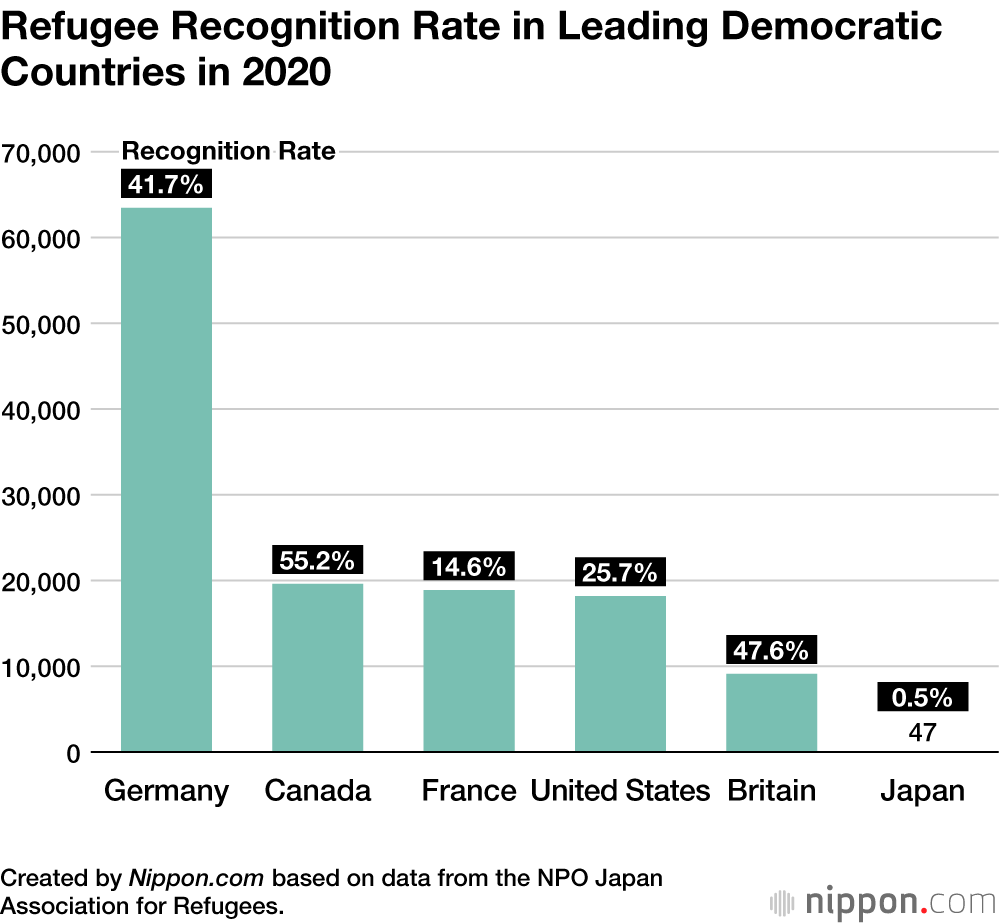