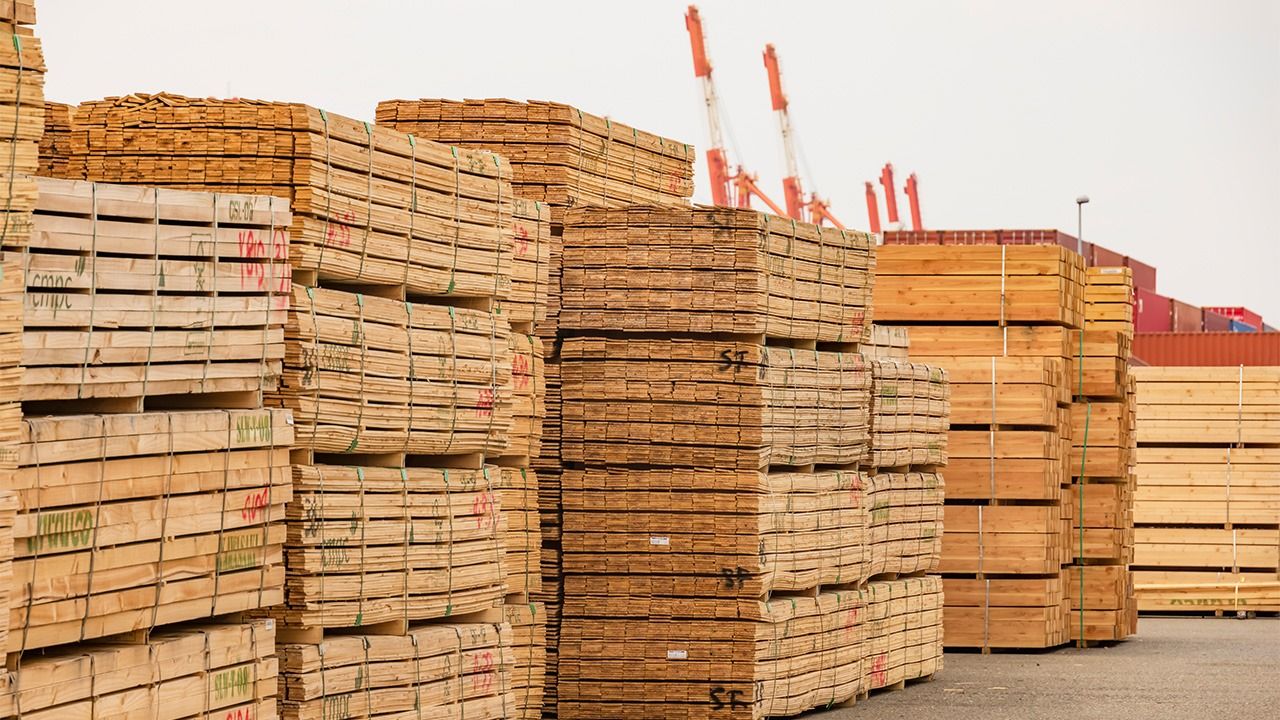 Economy Politics Society Jun 2, 2022
Russia’s invasion of Ukraine, and subsequent sanctions by Japan, the United States, and others have caused the prices of energy and raw materials to skyrocket, resulting in a serious impact on production and the economy.

A survey of 24,854 companies nationwide conducted by Teikoku Databank from mid- to late April (with 11,267 valid responses) focused on the impact of the war in Ukraine on the purchase of raw materials, goods, and services. Among the companies that responded to the survey, 50.8% have been affected in terms of securing necessary supplies of goods and materials, while 66.7% have been affected by price hikes. 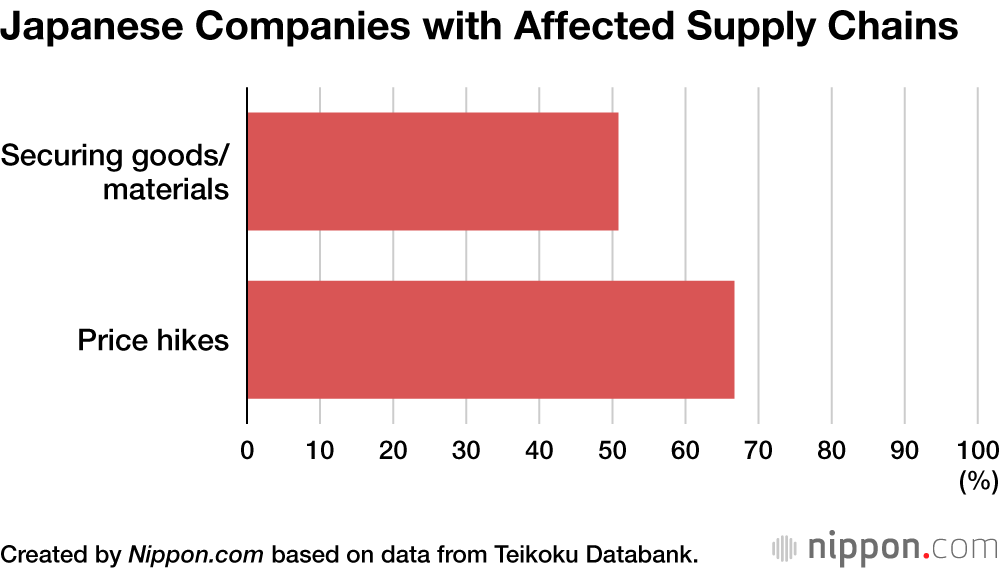 The ban on lumber exports imposed by Russia has led to what has been described in Japan as a “wood shock.” This ban has affected the securing of supplies for 88.3% of construction work involving wood, 83.6% of lumber and bamboo wholesaling, and 81.6% of building construction. 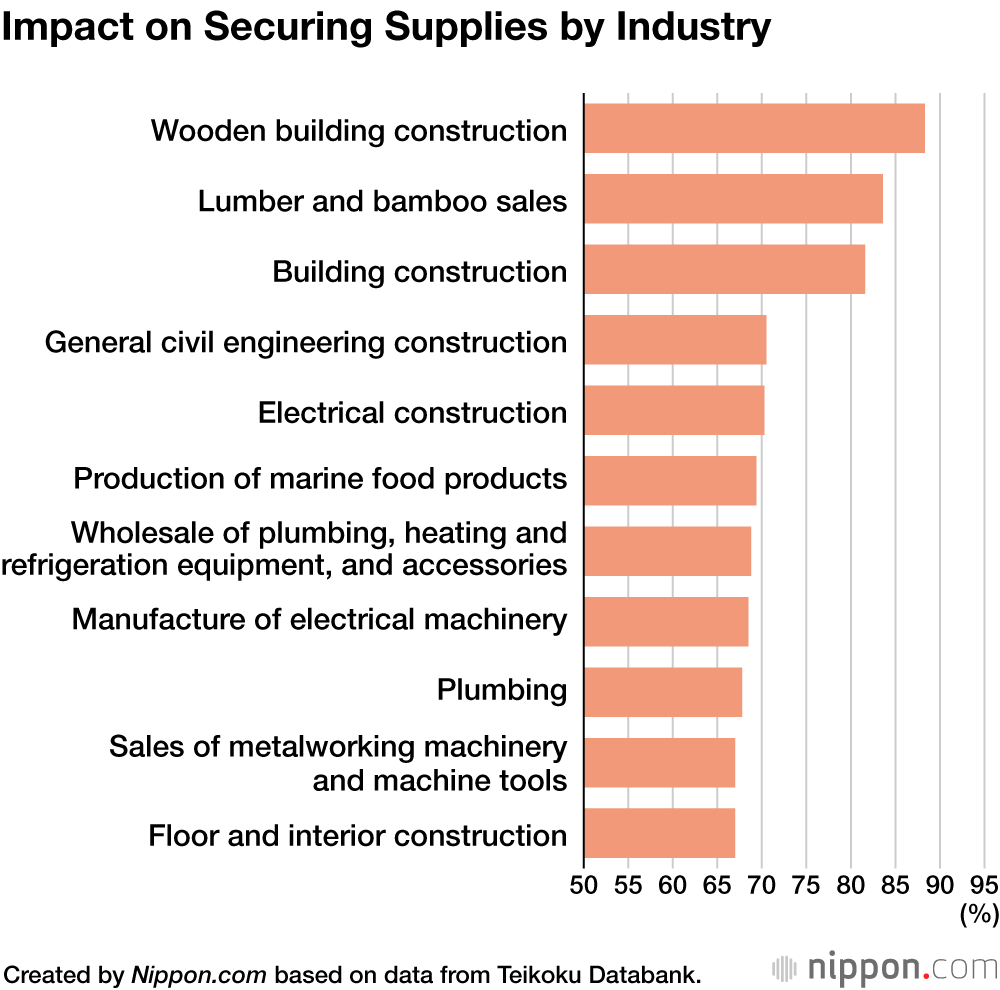 Increased prices have affected 91.3% of wood construction businesses and 91.2% of fuel retailers, which have been directly affected by the soaring cost of crude oil. Meanwhile, 86.6% of restaurants are facing price hikes for wheat and other grain products, marine products, and other ingredients. 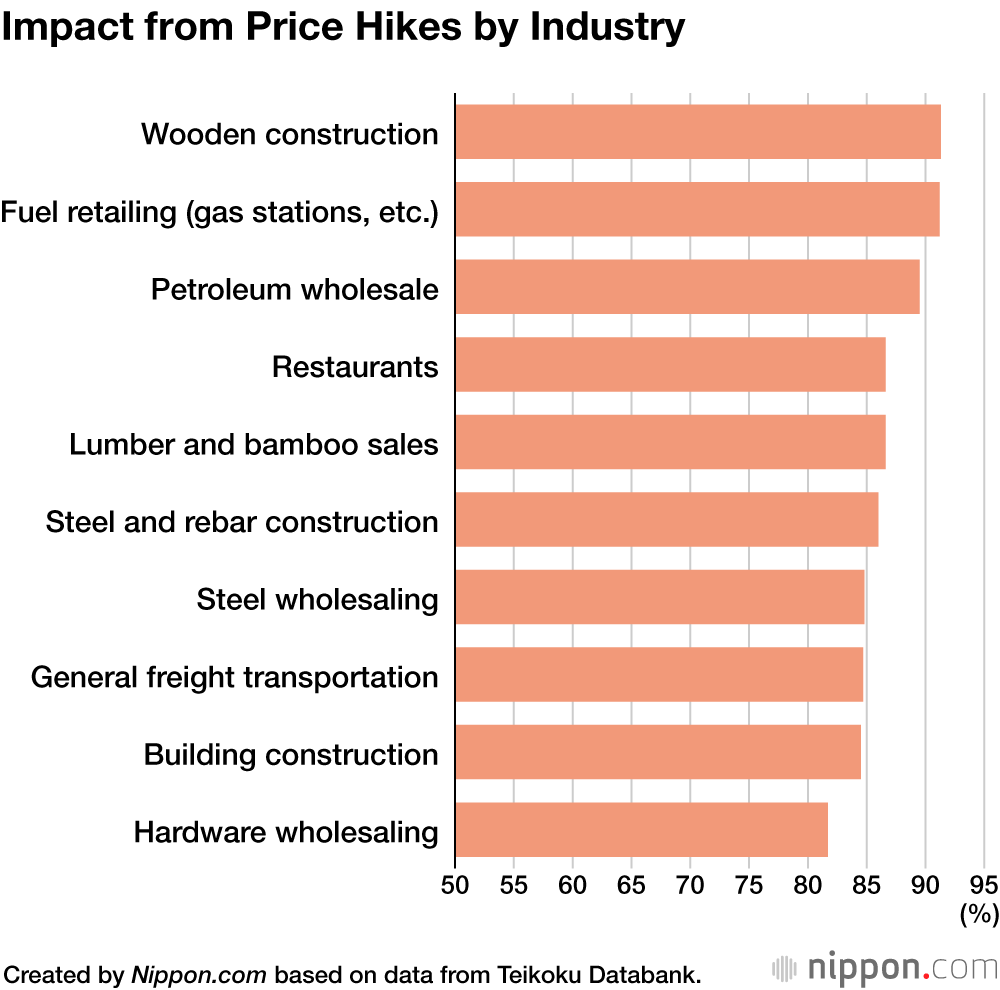 To meet the situation, 48.3% of the companies surveyed have taken measures that include passing on the cost to the selling price, switching to alternative products, and changing suppliers and routes. However, some companies in the steel, nonferrous, and mining industries have struggled due to a lack of alternatives, including those who are unable to switch to alternative products or change suppliers because they do not use generic products. 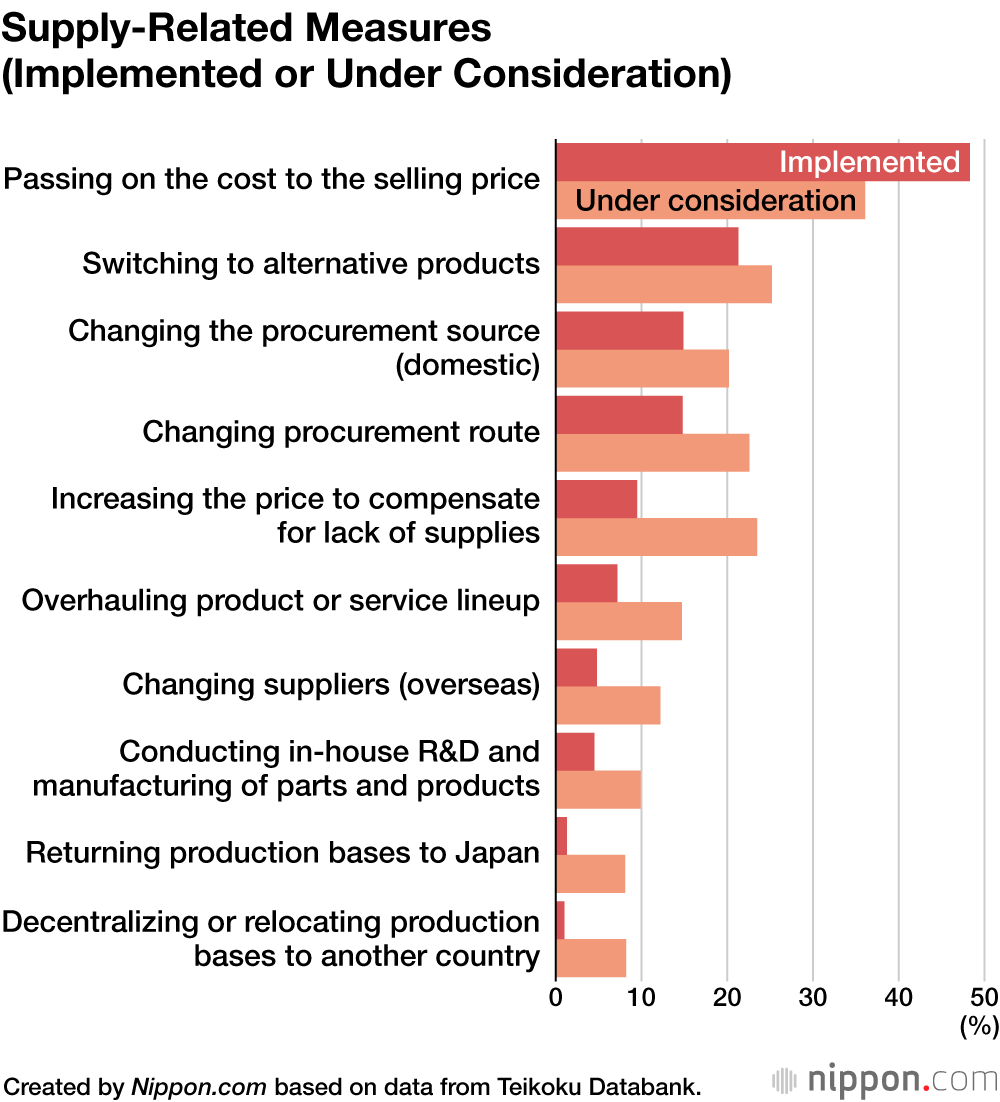