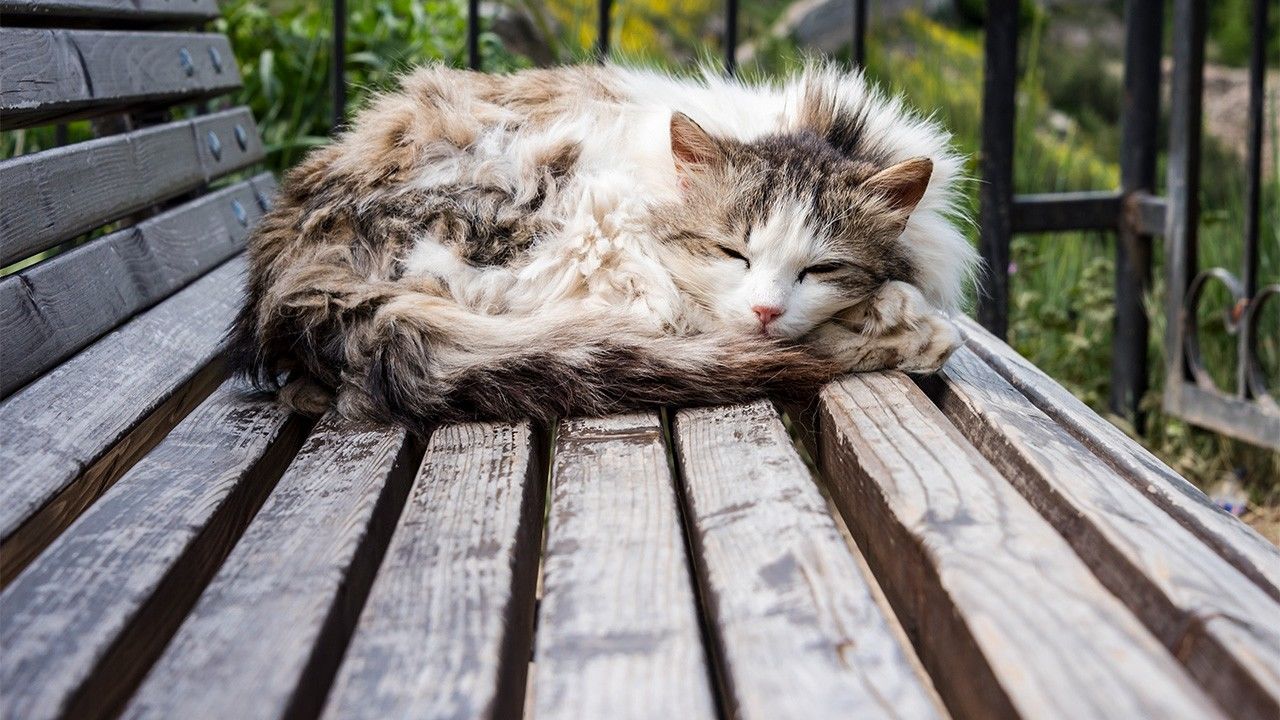 Society Work Jun 7, 2022
The average age of Japan’s homeless people is rising, but despite the hardships, 40% say they wanted to continue living as they are.

The Ministry of Health, Labor, and Welfare conducts a survey once every five years assessing the living conditions of homeless people in Japan. The most recent one revealed that 70% of respondents were aged over 60. Within that age group, those over 70 accounted for 34.4%, a 15-point increase from 19.7% at the time of the previous survey in 2016. The homeless population is continuing to age, with the average age rising by 2.1 years to 63.6 years old.

In the November 2021 survey, local government officials conducted individual interviews with 1,300 homeless people in central Tokyo (23 municipalities) and designated cities, receiving 1,169 valid responses. By gender, 95.8% were men and 4.2% were women (thus “overall” statistics are greatly influenced by the predominance of men). 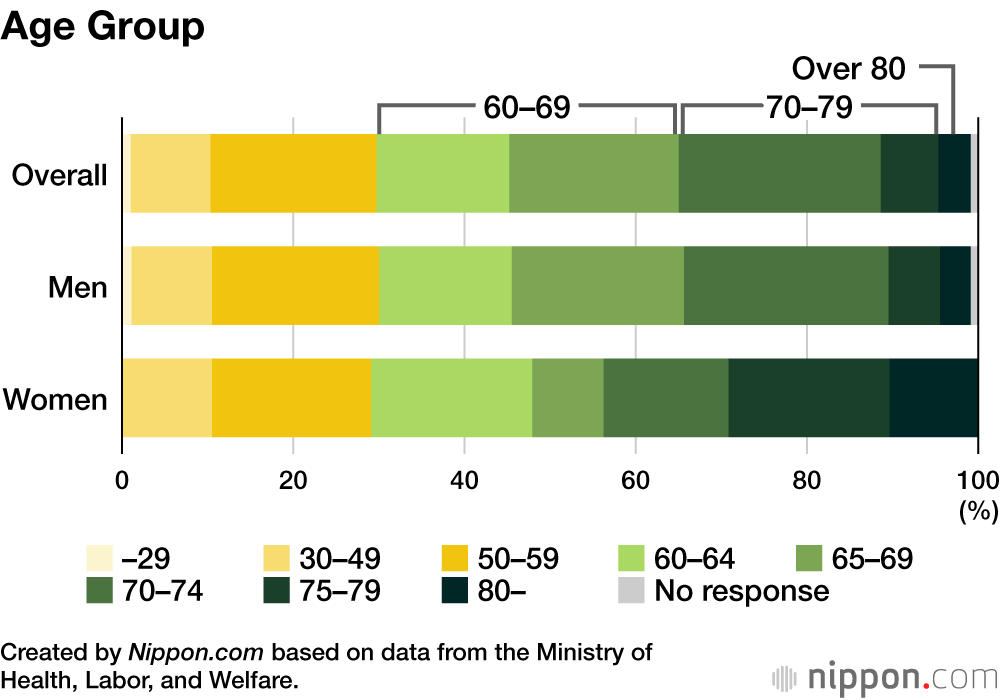 Overall, 56.3% had spent more than 10 years with no fixed residence since first becoming homeless. Those who had been homeless for more than 20 years accounted for 25.1%. 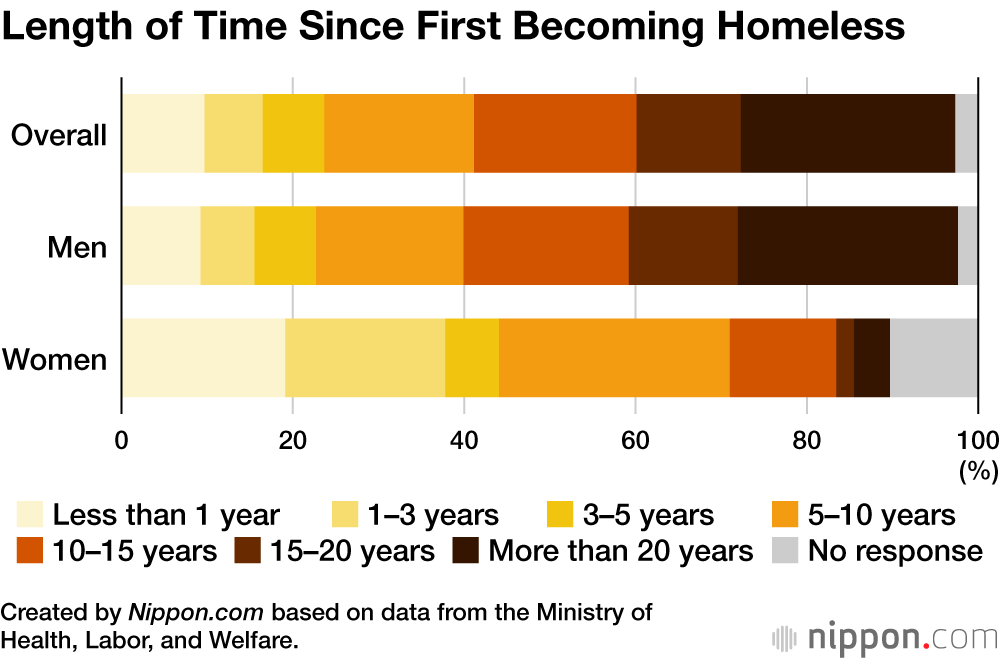 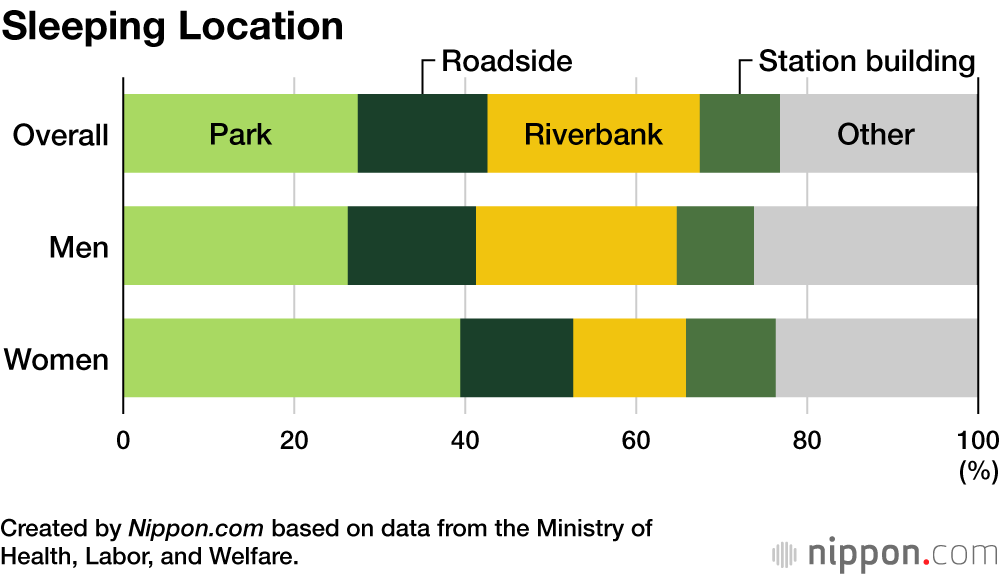 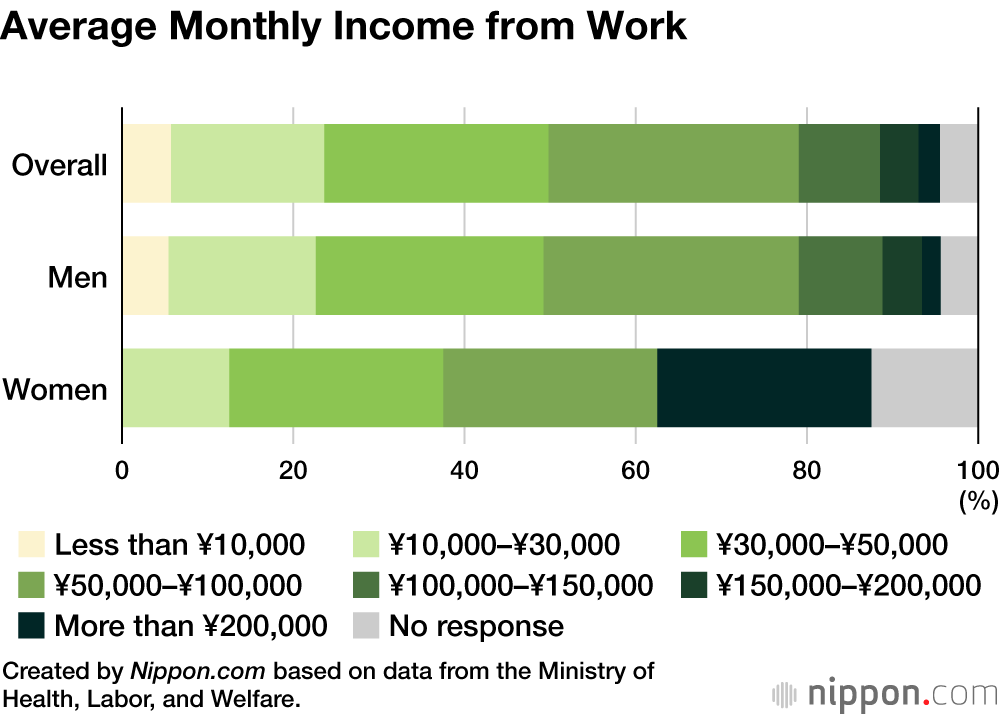 Asked how they envisioned life in the future, only 19.3% said that they want to work to support themselves, which included finding a job and living in an apartment or having employment that provided housing. Meanwhile, at 39.9%, nearly double the respondents said that they “want to continue living this way.” A mere 0.9% said they “want to return to live with family.” 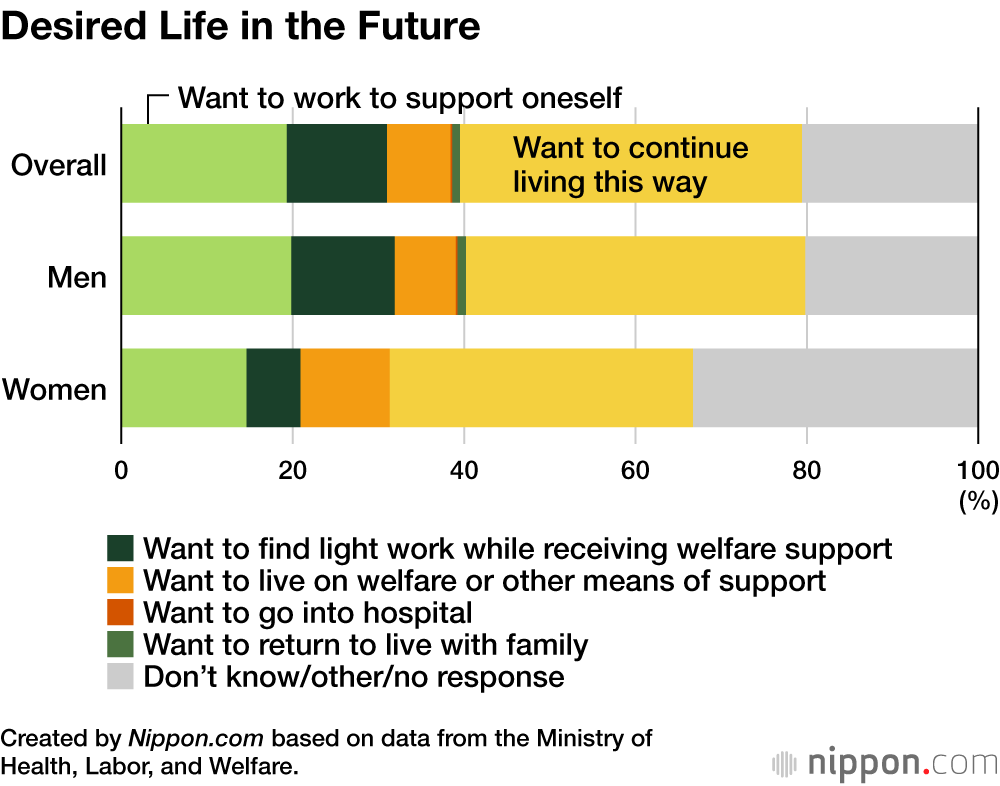