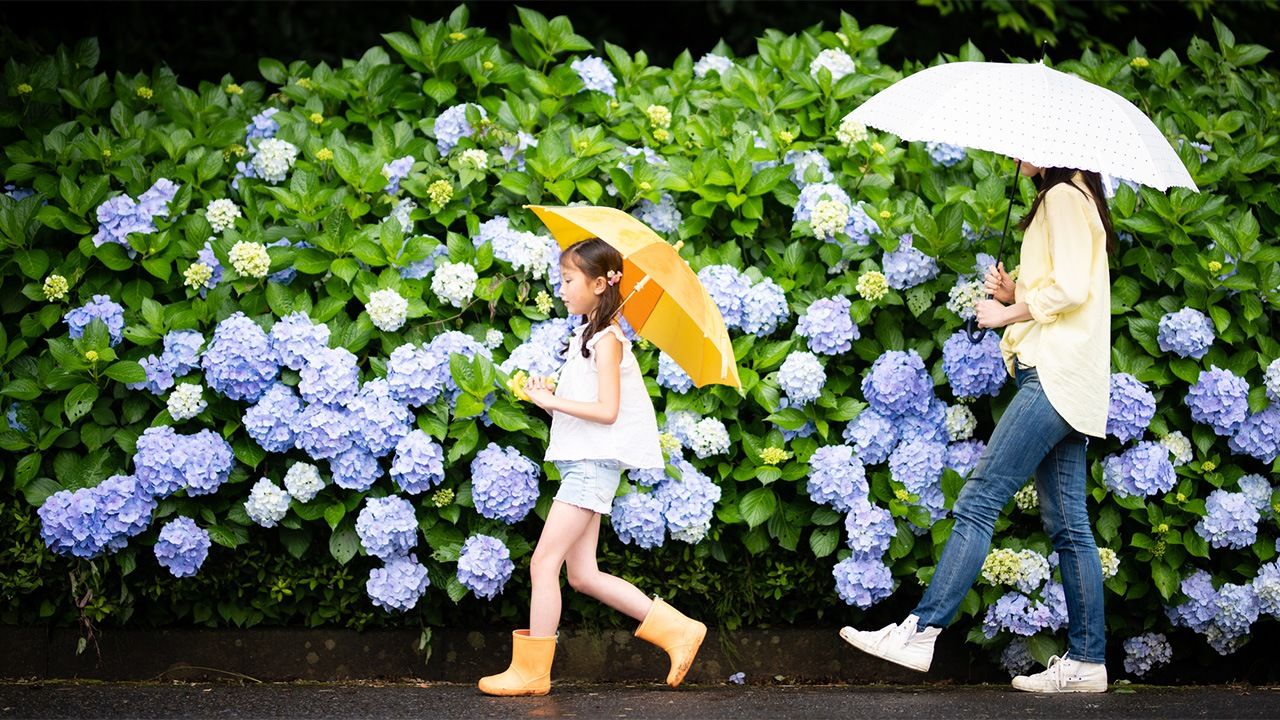 Society Jun 3, 2022
Rainfall can vary considerably from year to year in Japan’s rainy season, but heavy downpours may cause serious landslides and flooding.

On May 4, Japan’s rainy season started in Okinawa and one week later, on May 11, in Amami Ōshima. June will see this gloomy weather continue to the north of Kyūshū (excluding Hokkaidō). The highest caution is needed at the latter end of the rainy season when torrential downpours can lead to landslides and flooding of rivers. On July 3 last year, a large-scale mudslide occurred in Atami, Shizuoka Prefecture, killing more than 20 people.

Created by Nippon.com based on data from the Japan Meteorological Agency. 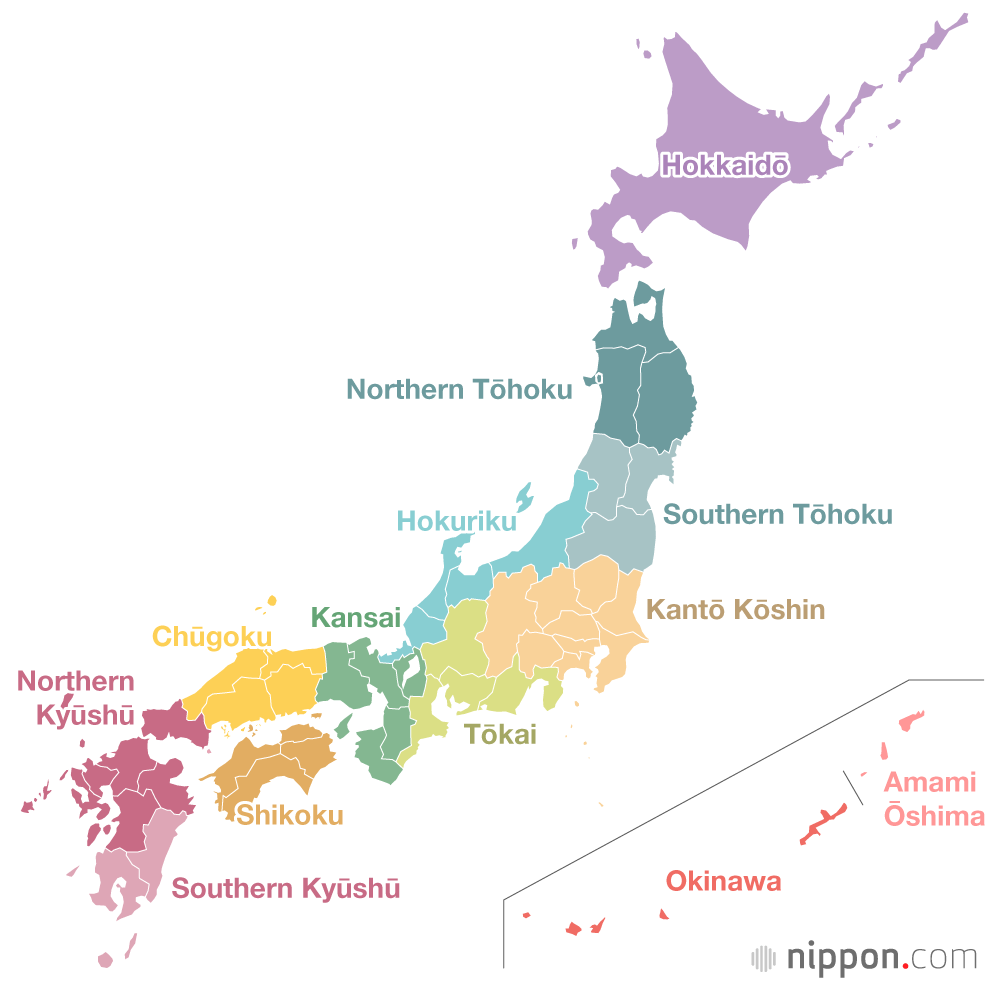 The average rainfall during the rainy season over the past thirty years in Kantō Kōshin can be seen in the following chart. The figures vary considerably year to year and there are some cases like in 1990 when there was a dry rainy season with only half the average annual rainfall recorded that year. In contrast to this, the 2020 rainy season ended late on August 1 and had 1.7 times the usual rainfall. 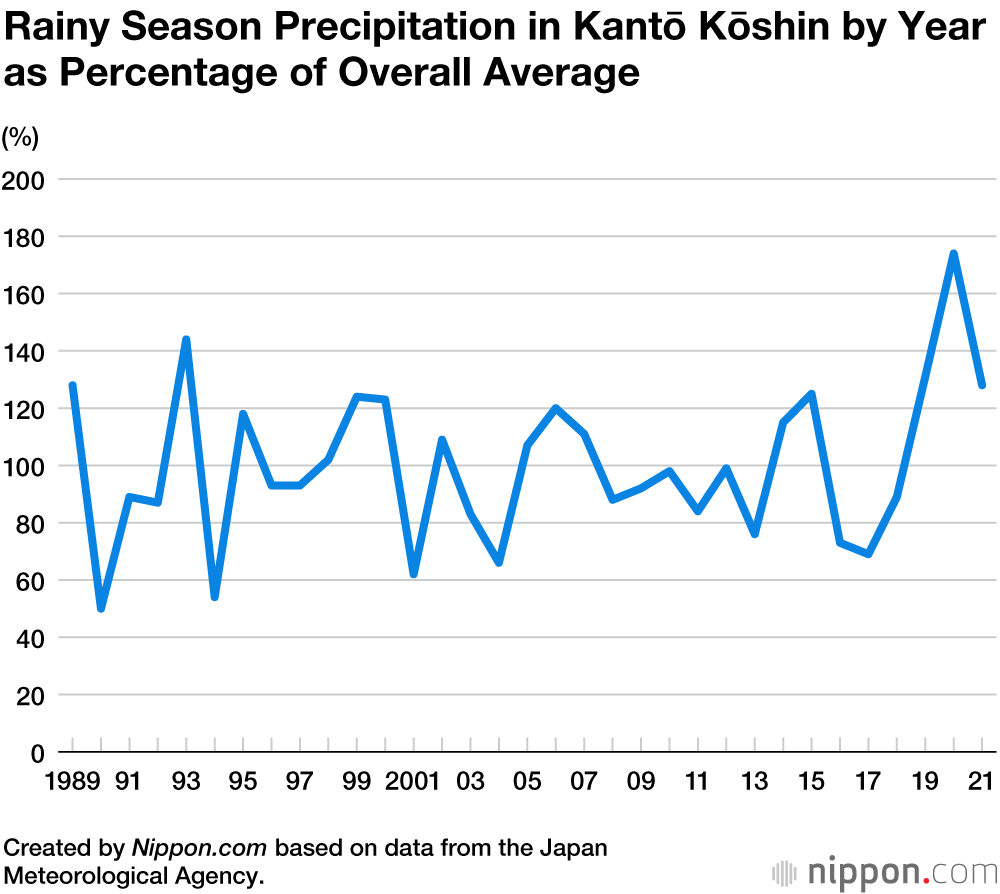