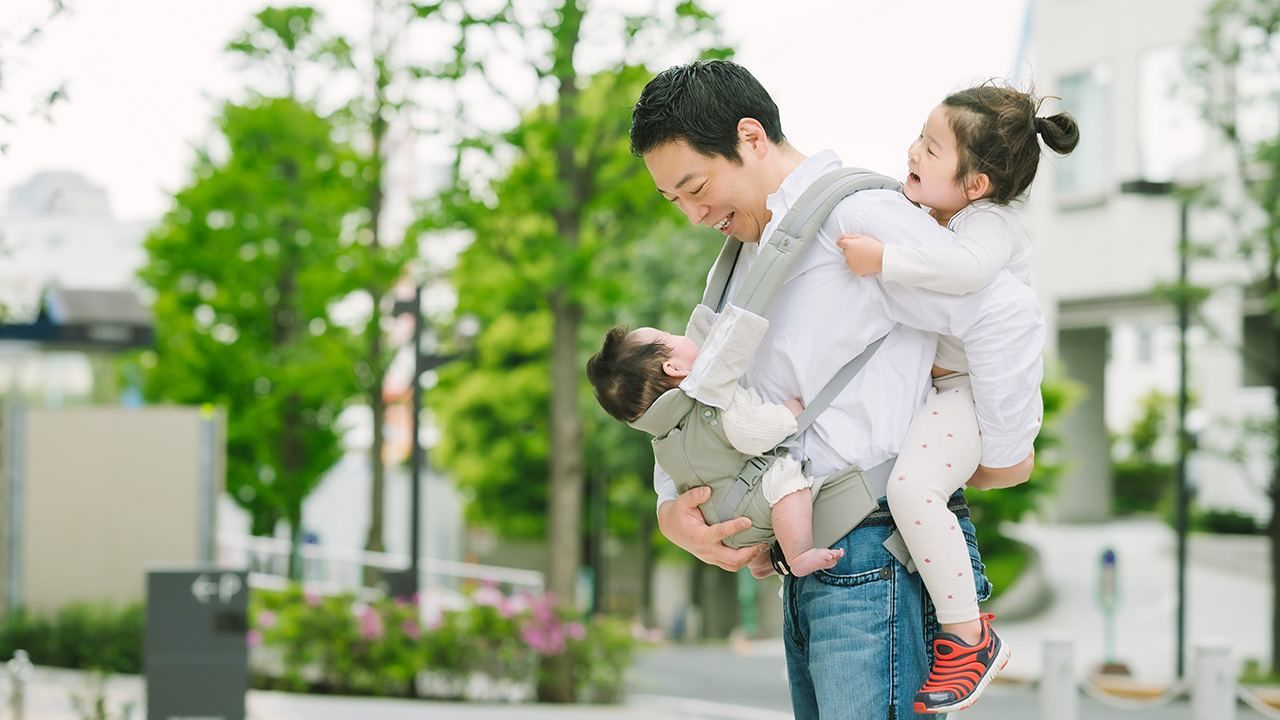 Japanese Managers Welcome Childcare Leave for Male Employees, if They Keep it Short

Society Family Lifestyle Jun 9, 2022
A survey of managers at Japanese companies found that they were open to male employees taking childcare leave, but more than half would prefer it to last for less than one month.

In April 2022, Japan’s revised Act on Childcare and Nursing Care Leave came into effect, making it easier for men to take childcare leave. The country is gradually introducing frameworks encouraging men to participate in childcare, including a new form of parental leave from October whereby men can take up to four weeks’ leave within eight weeks of their child’s birth. However, when asked their honest opinions, work managers may not be so welcoming of such leave.

Cybozu Teamwork Research Institute conducted a survey aimed at 2,000 managers with positions at section chief level or above, along with 1,000 male employees who intend to take parental leave in the future. At 58%, the ideal length of childcare leave that the majority of managers were “willing to accept” for male subordinates was “less than one month” and 20.8% overall indicated they would prefer if it was only “up to one week.” In contrast, only 30.4% of male employees wanted to take childcare leave that was “less than one month”, while 33.8% hoped for “six to twelve months.” These results revealed a large gap between the length of time managers thought appropriate and the amount that male employees wanted to take. 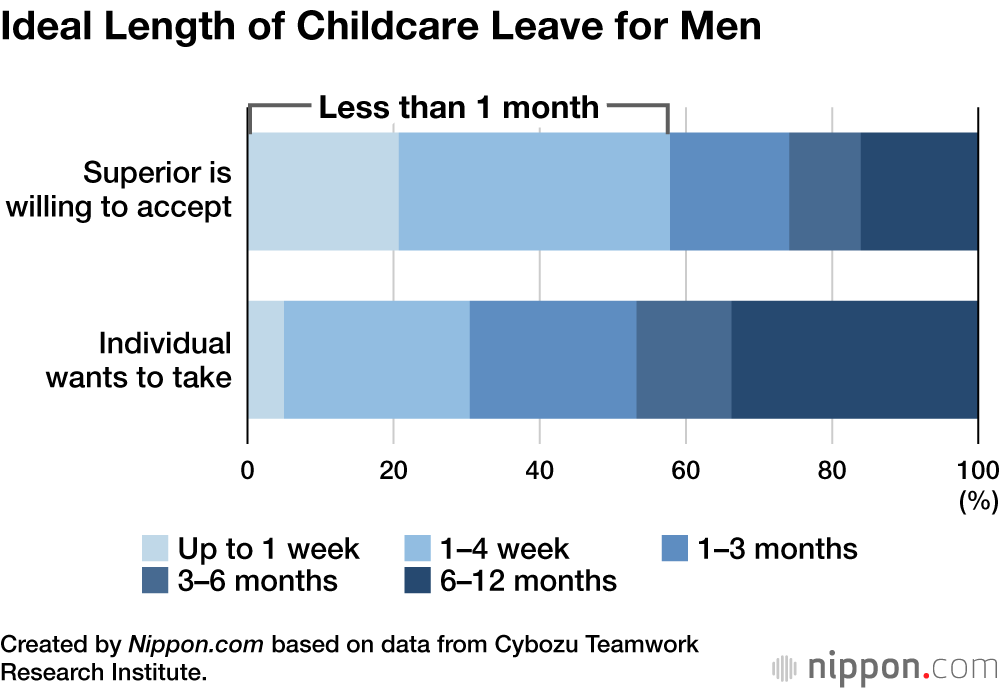 When managers were asked if they welcomed the move for male subordinates to take childcare leave, 80.9% said they were happy if it was “one week,” but for longer periods of leave, this sentiment fell and at 57.4%, a majority said that honestly they could not welcome three months’ leave.

The reasons they gave for not being able to truly welcome the leave included “it delays work and inconveniences the customers,” “we are a smallish company, so a reduction in personnel would cause considerable issues,” and “it may not be possible to provide the same type of work on their return.” 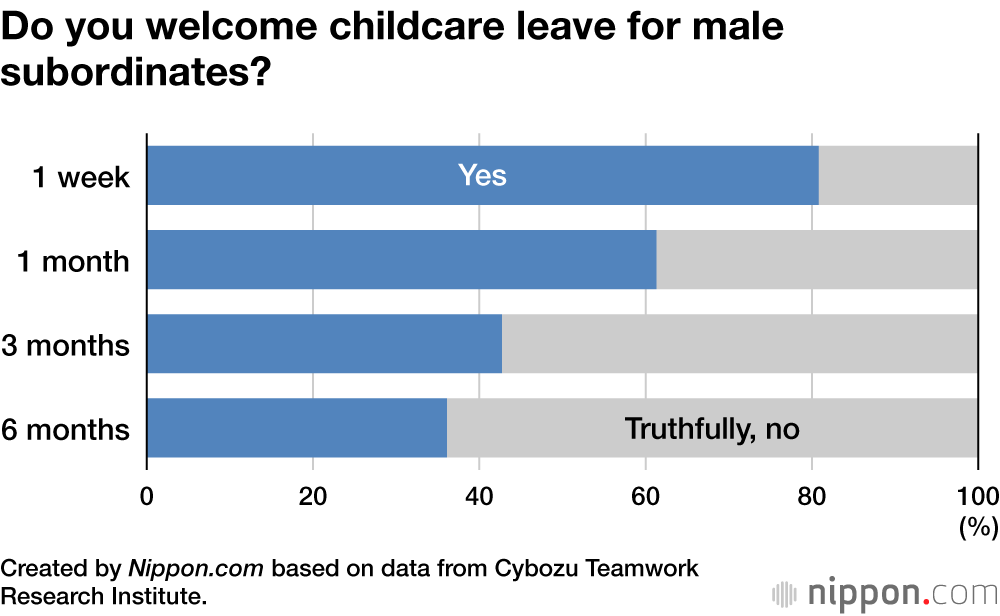 While most managers had no particular concerns about their male subordinates taking one week of leave, when it came to one month or more, they felt strongly that “securing replacement personnel,” “increased work burden for colleagues,” and the “handing over and coordination of work tasks” would be issues. 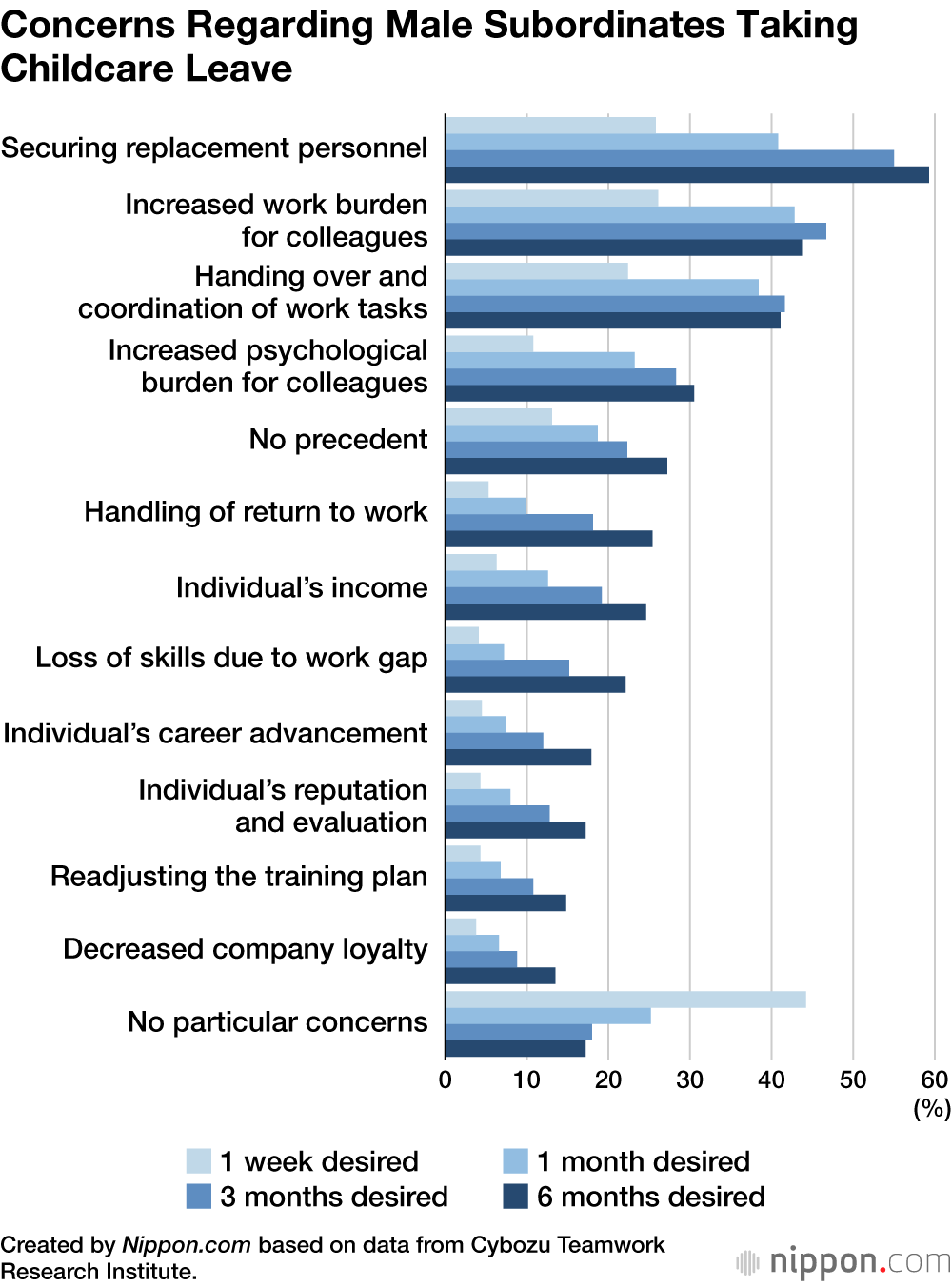