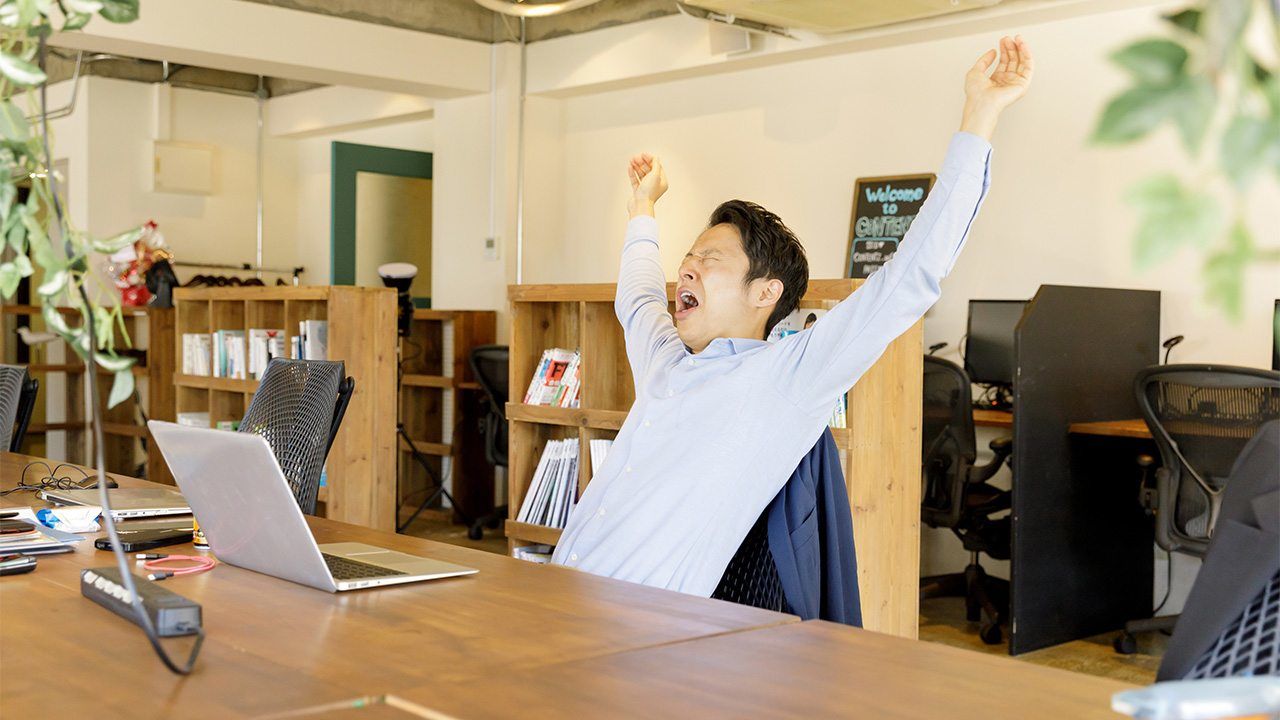 Society Work Jun 13, 2022
Middle-aged men who take lots of breaks or just sit and do nothing are a common feature of Japanese companies, according to a recent survey.

In a survey conducted by the management consulting company Shikigaku, out of 1,385 employees across Japan aged in their twenties and thirties, 49.2% said that there was a hatarakanai ojisan (middle-aged man who does no work) at their company. 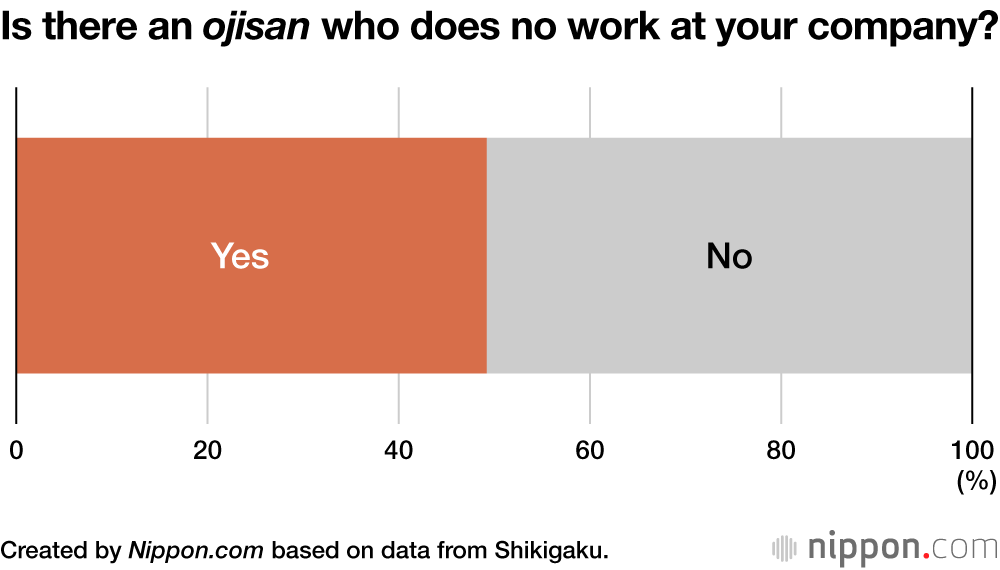 Respondents who had a slacker ojisan at their company were asked how he spends his time. The most common answers were “takes a lot of breaks” (49.7%) and “sits doing nothing” (47.7%), along with “makes idle chat” and “surfs the net.” 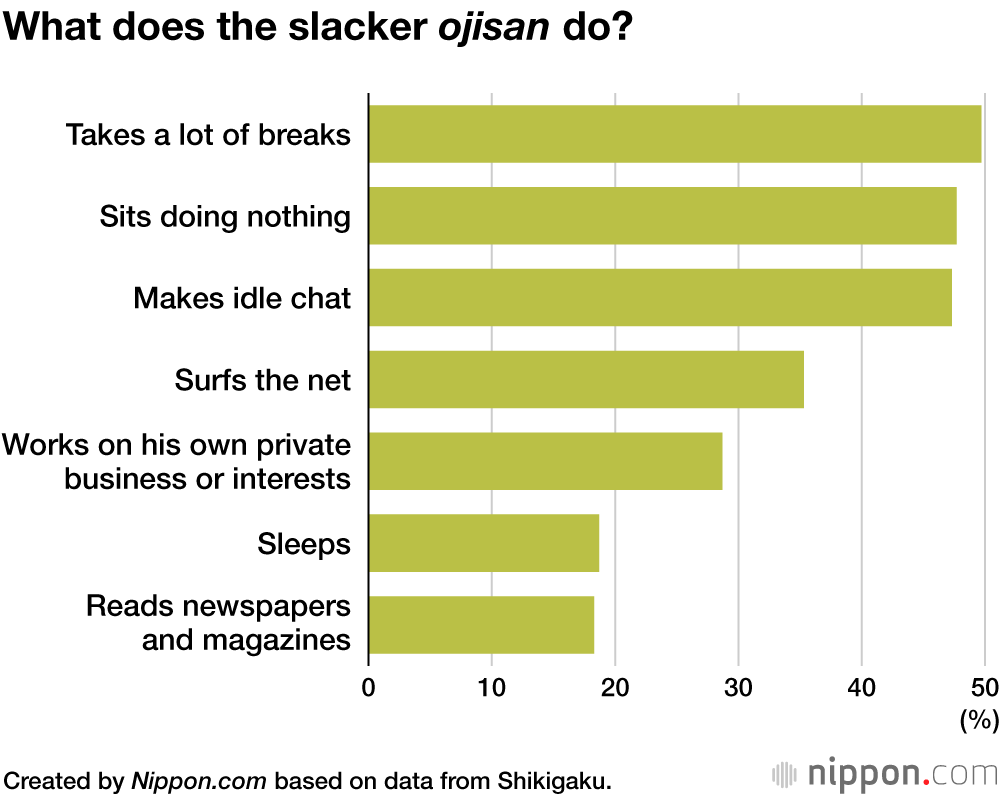 Among the suggested reasons for why these men had given up working, 45.0% thought it was because they had “no motivation to work,” 41.0% answered it was because their “seniority is based on length of employment,” and 26.3% stated they “can’t be given work responsibilities.” 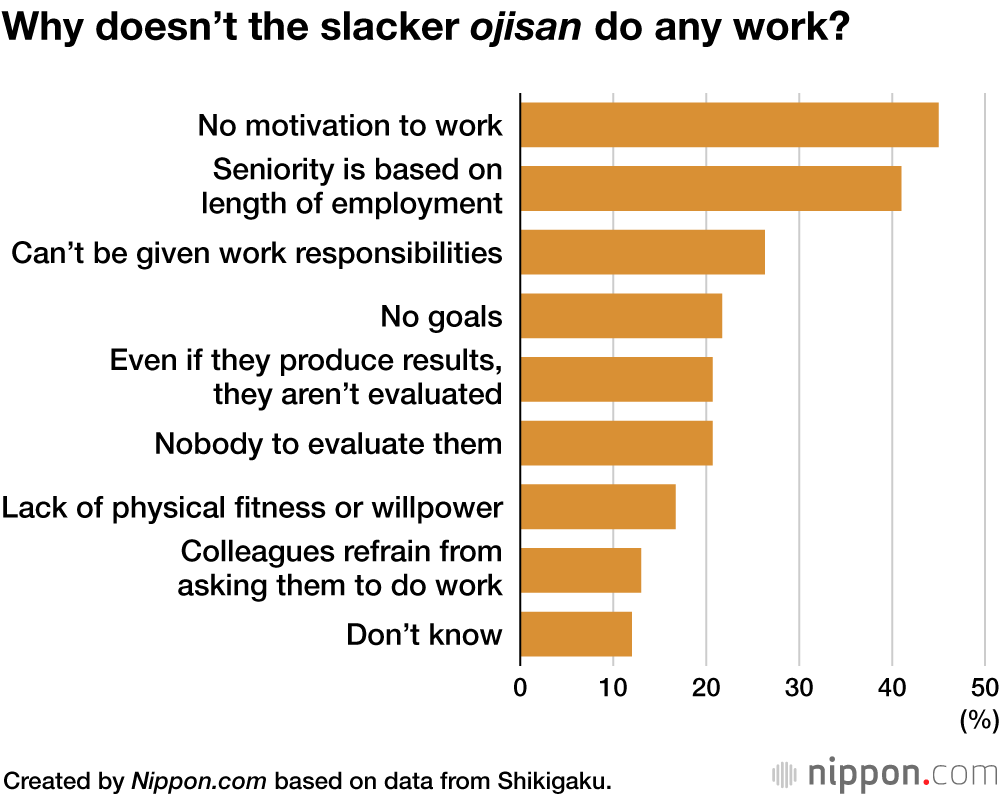 At 59.7%, the most significant negative effect of having such workers in the company was “decreased morale.” So while 49.0% of younger employees answered that they “have to do the work that hasn’t been done,” a greater number felt that losing the enthusiasm to work was worse. 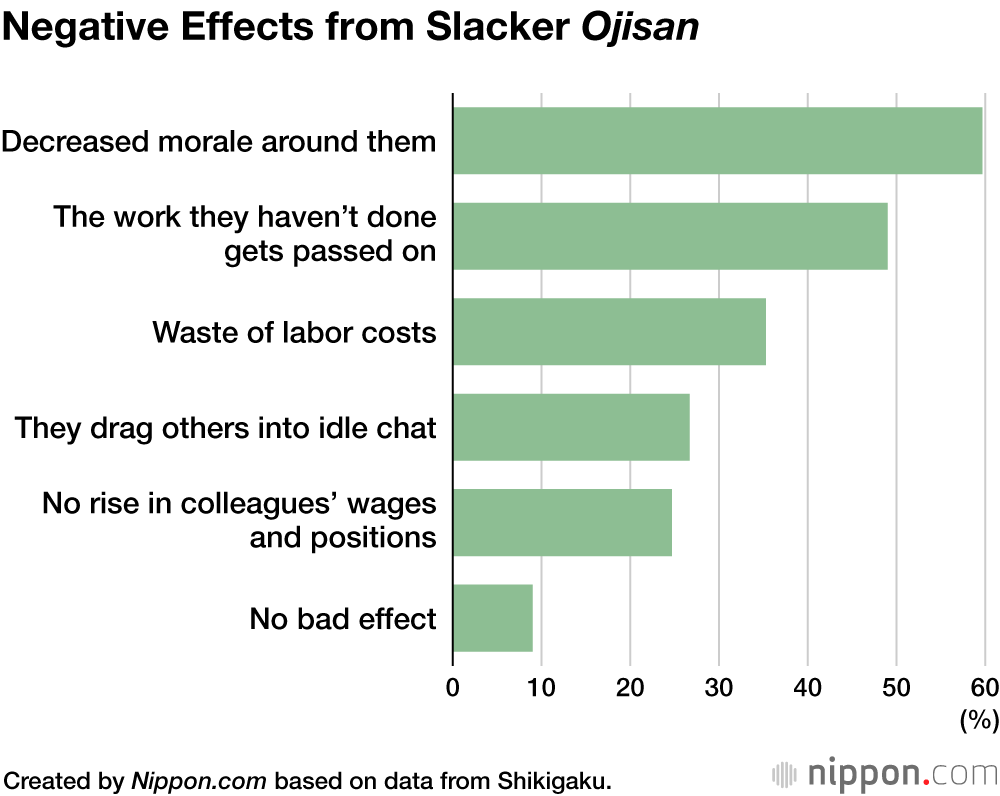 When respondents were asked if they thought they might become a slacker in the future, 30.3% said yes and 59.3% of those thought the most likely reason would be their work achievements not being reflected in their salary. A further 37.4% said it would be because they did not have a good boss. 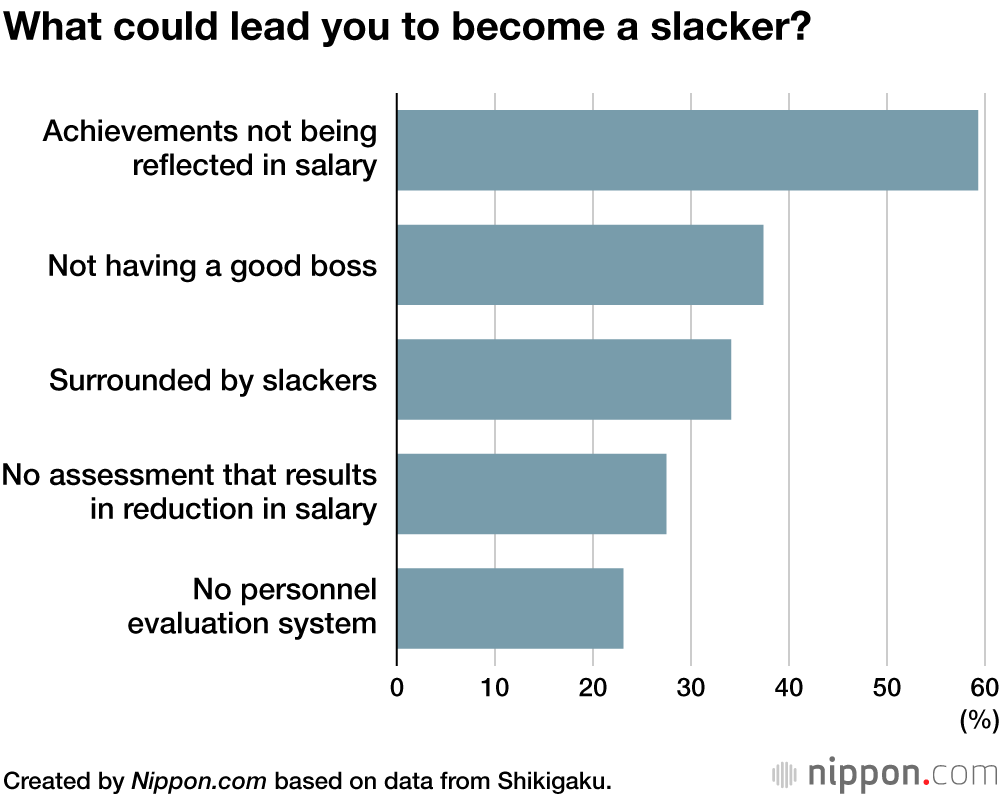 Shikigaku concluded that the way to avoid employees transforming into slackers was to set salaries based on evaluation of achievements. That would create clear motivation to work in order to gain a higher salary.

The survey also found that 47.3% of companies that had slacker ojisan also had slacker obasan (middle-aged women) who similarly spend their time making idle chat and taking a lot of breaks, which makes younger employees feel discouraged about doing their work.