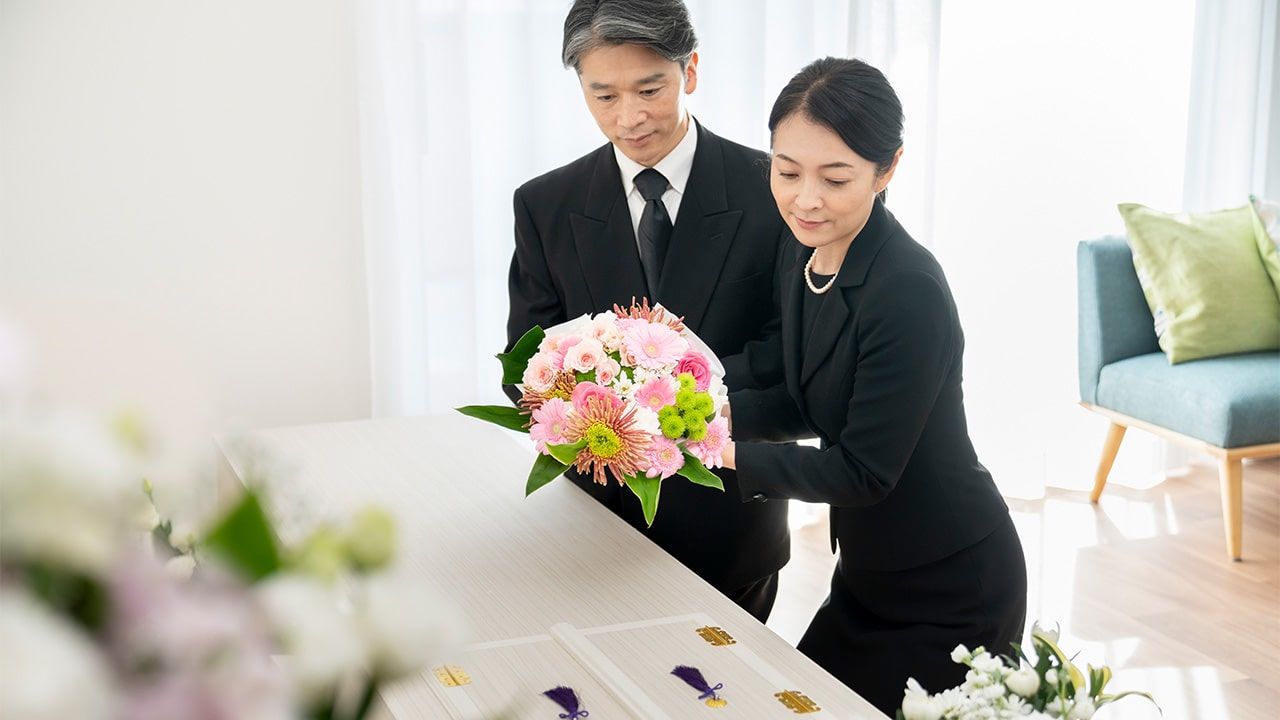 Family Society Economy Jun 14, 2022
During the COVID-19 pandemic, the risk of infection has led to smaller-scale funerals that tend to be attended by a limited number of family members and relatives.

Kamakura Shinsho, a Tokyo-based company that provides funeral and other services, noted that traditional funerals with a broad range of attendees, which had accounted for roughly half of all funeral services according to its 2020 survey, dropped to 25.9% in 2022.

Meanwhile, family funerals, whose participants are limited to close family members and friends, increased to a 55.7% share of all funerals. Single-day funerals, which do not include wakes, accounted for 6.9% of the total, while 11.4% were short farewell ceremonies at the crematorium without any religious proceedings, more than double the percentage of the previous survey conducted in 2020.

There has been a shift away from crowded funerals toward ceremonies on a smaller scale in order to lower the risk of COVID-19 infection. 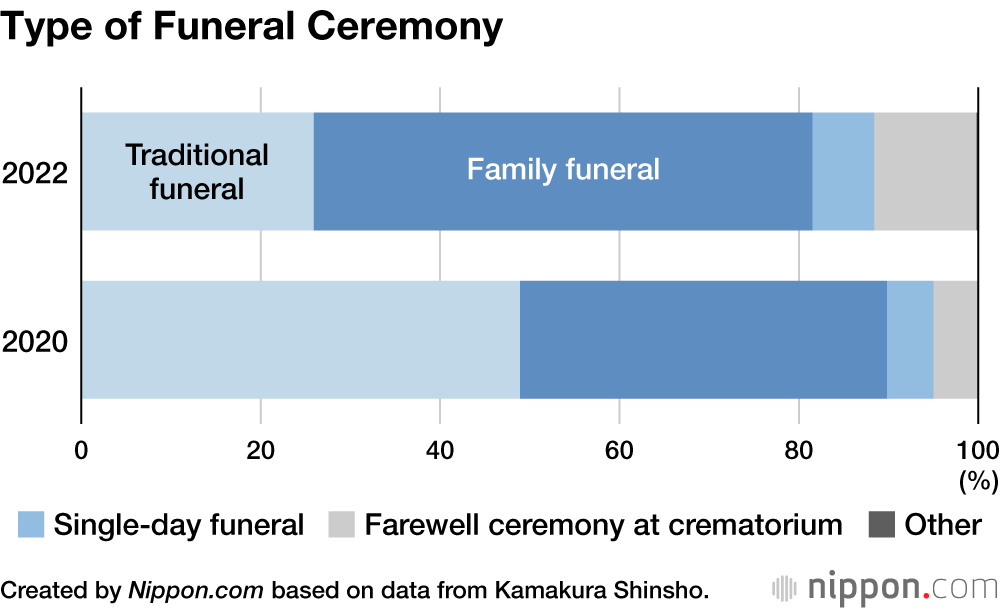 The average number of attendees per funeral, which had already been on a downward trend, reached a new low of 38 persons in 2022. The average cost of a funeral was ¥1,107,000, a decrease of ¥736,000 compared to the 2020 survey, which examined funerals in Japan just prior to the pandemic. 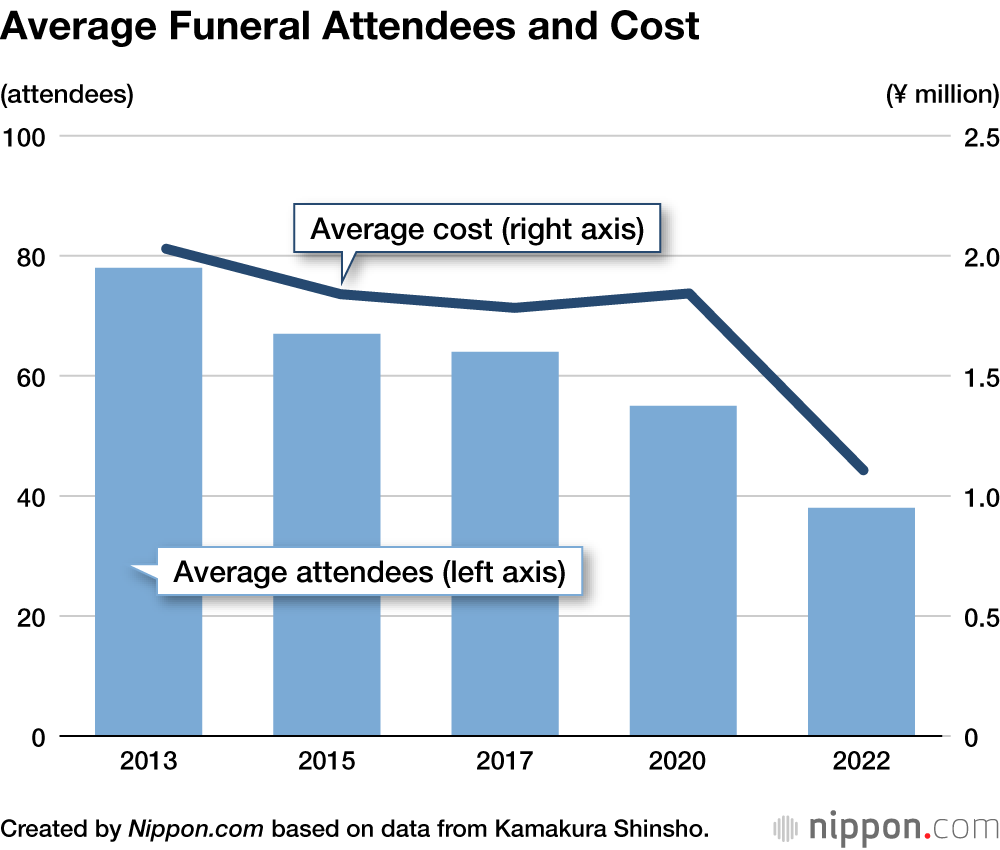 The average amount of “condolence money” (kōden) received was ¥472,000, a decrease of ¥239,000 compared to the 2020 survey. The fact that the amount of money a person is expected to pay at a funeral is more or less fixed may be a factor underlying the decline in the number of attendees in recent years.