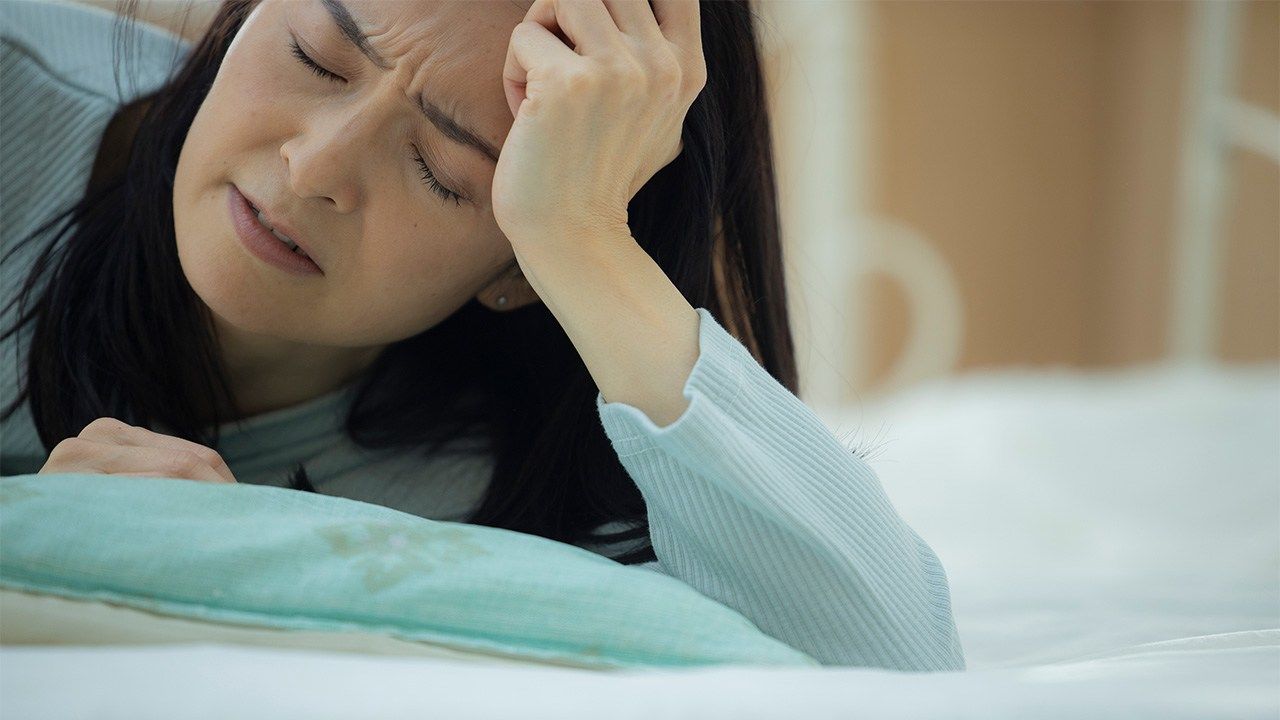 Society Health Jul 6, 2022
According to a survey conducted by Japan’s Ministry of Health, Labor, and Welfare, many were not consulting a doctor despite experiencing suspected menopausal symptoms.

Menopause generally refers to the period of approximately 10 years during which the menstrual cycle ends and, due to a decrease in hormones, various disorders such as hot flashes, palpitations, and irritability can occur. 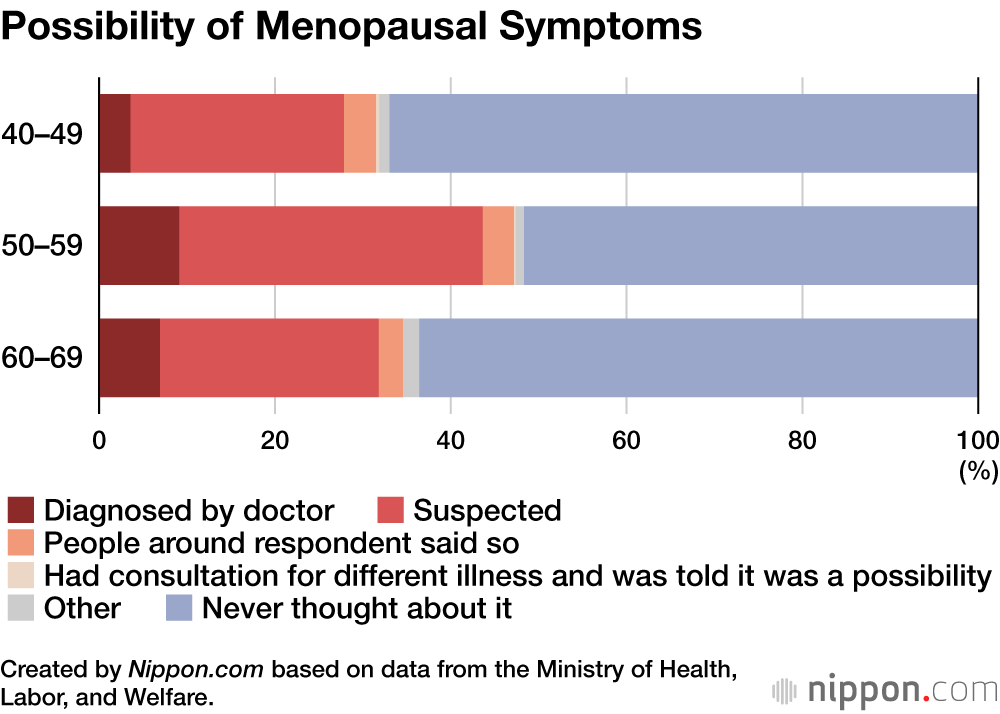 When respondents who had experienced at least one menopausal symptom were asked about the length of time from when they became aware of such symptoms to when they had a medical consultation, of those who visited a doctor within three months, 9.1% were in their forties, 11.6% were in their fifties, and 9.9% were in their sixties. The overwhelming majority though had not consulted a doctor, indicating that many may try to get through menopause without seeking medical advice. 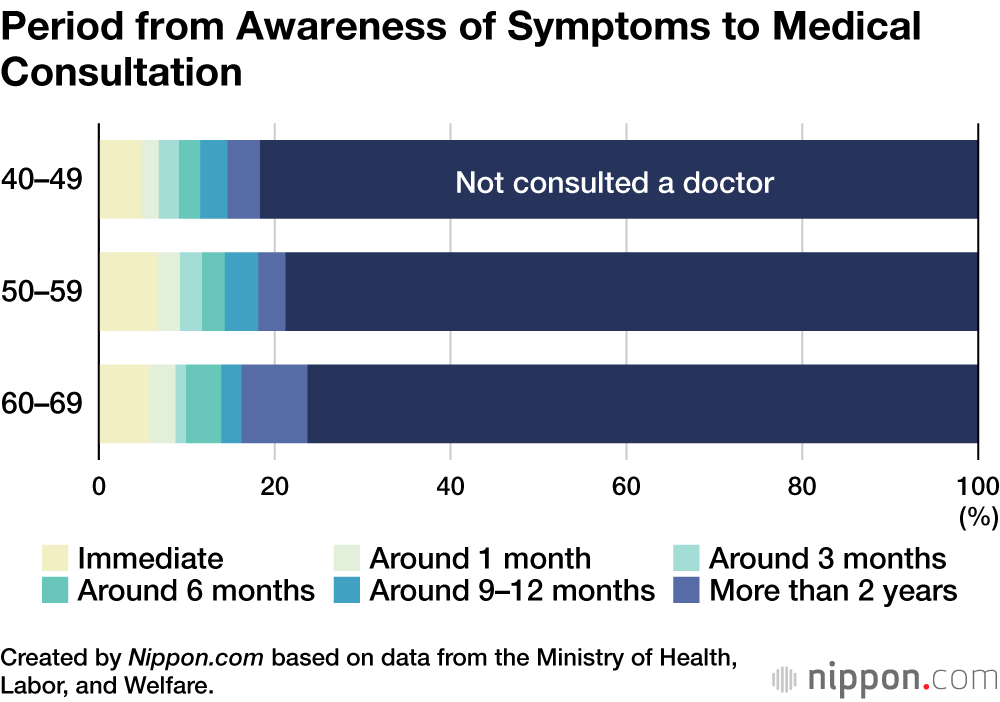 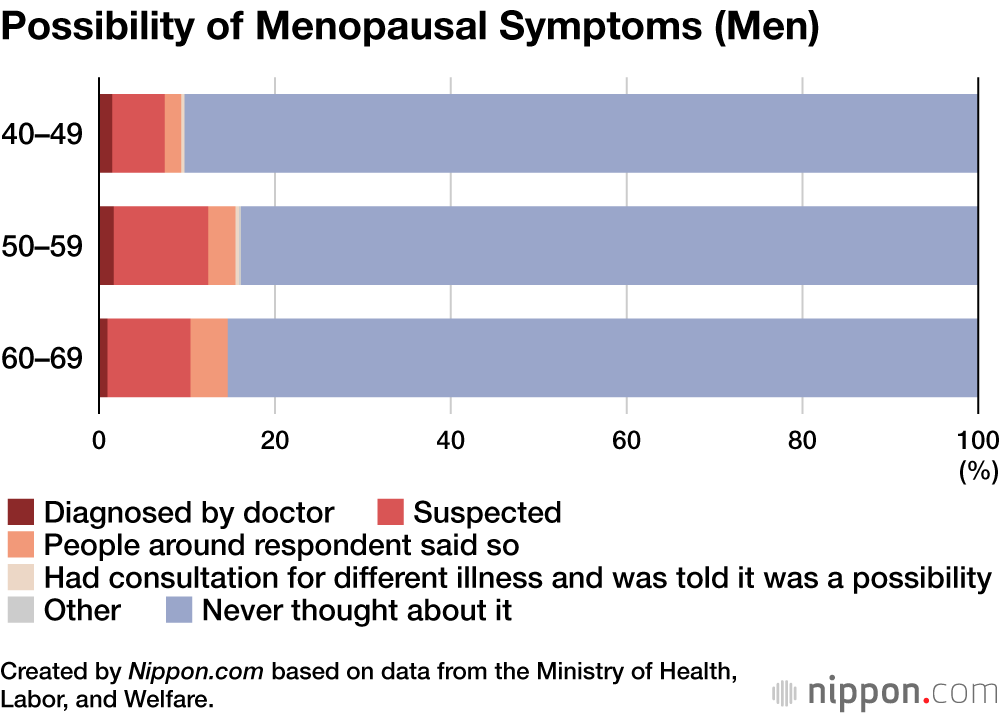