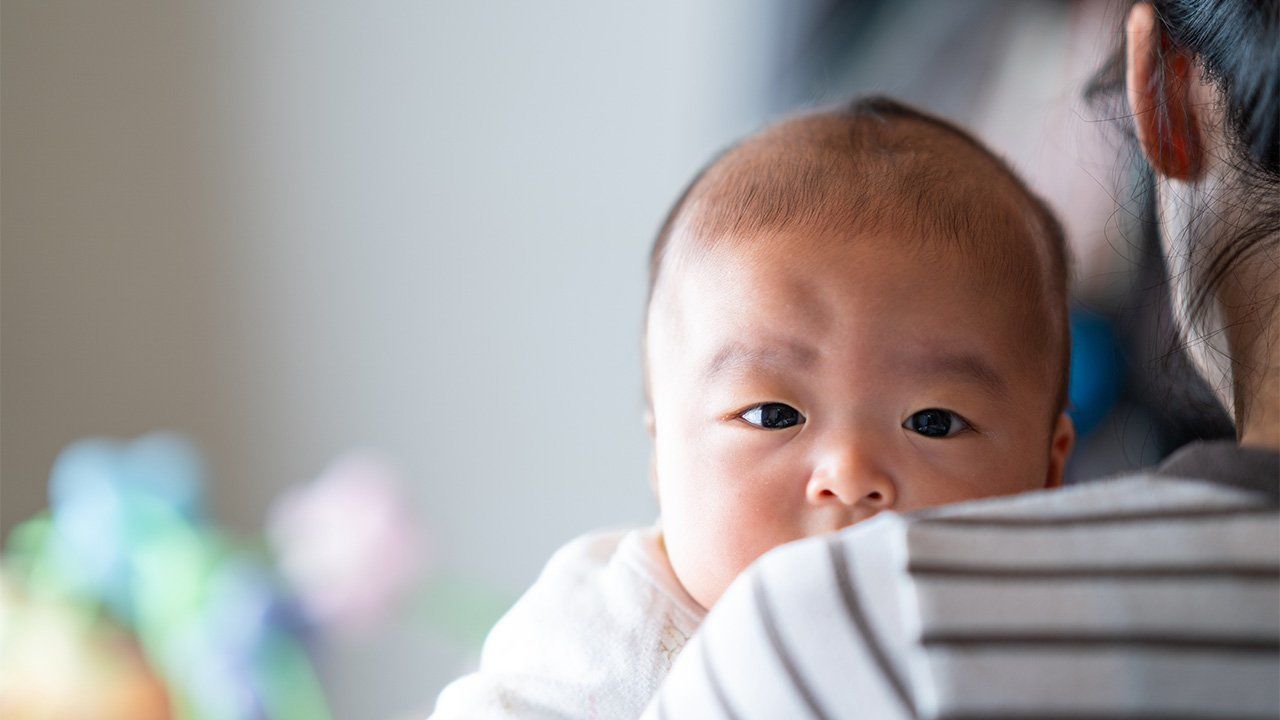 Society Lifestyle Jul 26, 2022
The COVID-19 pandemic has dealt a severe blow to Japan’s society and economy. It has had a particularly large effect on single parents engaged in nonregular employment and their families. A survey conducted by an NPO that operates food banks revealed that the majority of its registered food bank users were living on annual income of less than ¥2 million.

Good Neighbors Japan, an NPO which provides a free food distribution service to single-parent families in the Tokyo metropolitan area and other regions, conducted a survey looking at the annual income of its registered users.

At 54%, the majority of households had annual incomes of less than ¥2 million in 2021, and that included calculating in various subsidies and allowances provided by the government like child allowance, as well as income from other family members living in the same household. This percentage showed a seven-point increase compared to the results of a similar survey held in 2019, prior to the COVID-19 pandemic. Of those households, 23% answered that their annual income was “under ¥1 million,” a result double that of the previous survey.

Among the registered users, 56% had nonregular employment, such as part-time or temporary work. As well as shift work already meaning no guaranteed income, there were many cases where respondents had suffered a drop in income during the pandemic due to losing work during states of emergency in which there were fewer shifts and parents had to look after their children while schools were closed.

Anguished comments included “I work a six-day week and then on my days off I do part-time work as a day laborer, but all the money goes on living expenses, so I can’t put any aside to pay for my children’s university education,” and “I have three rapidly growing boys, so most of my income disappears on food.” 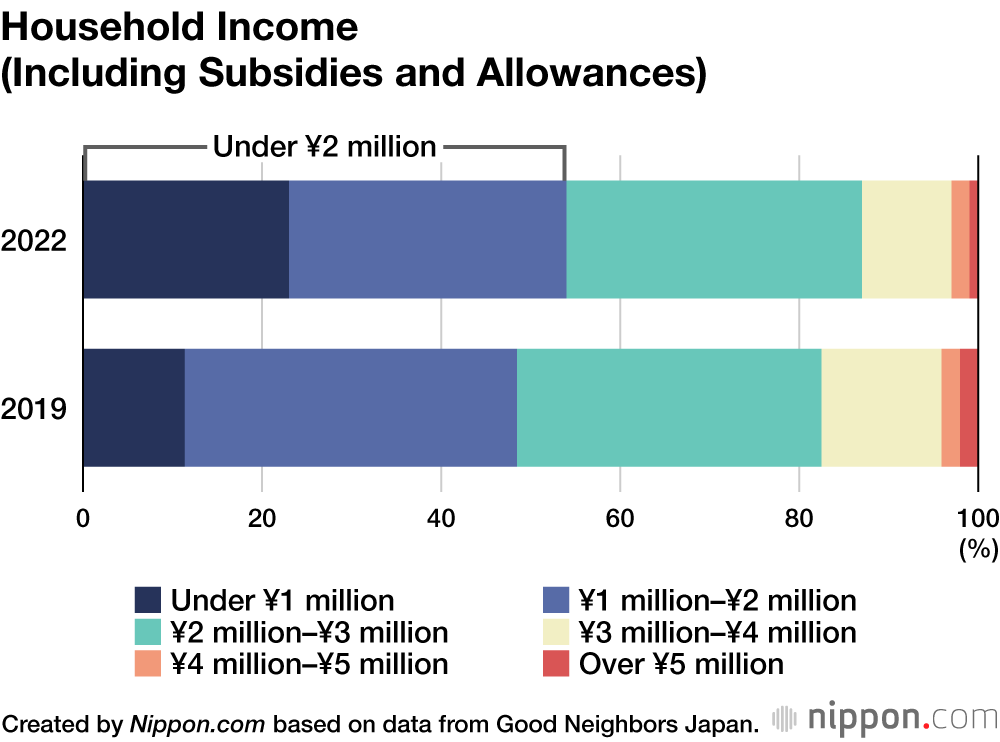 Looking at just income derived from employment income for the registered users, 13% had no income at all and in total 68% earned under ¥2 million. With comments like “I got COVID-19 and so did my children, so I lost a whole month’s part-time wage” and “my children’s school was closed because of the pandemic and I had to take time off work, meaning I earned less money,” the survey made it clear that the pandemic had forced families into deeper difficulties. 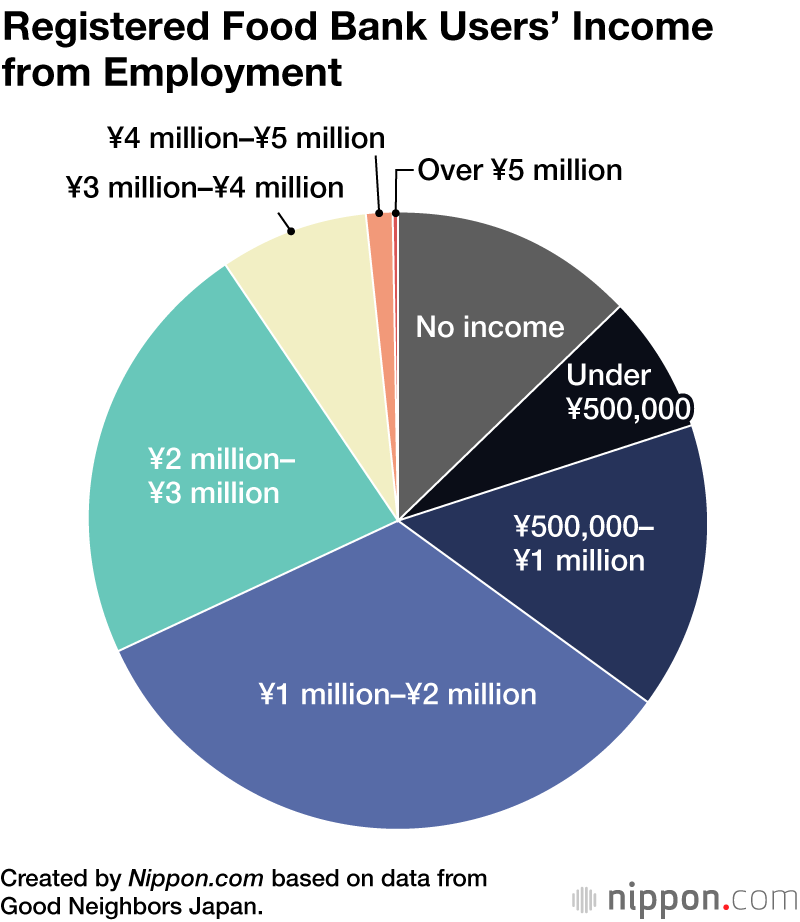 The survey in the form of a questionnaire was conducted over a one-month period from mid-April and targeted 3,297 people living in the Tokyo metropolitan and Kansai areas who were registered users of Good Neighbor Japan’s food support project Good Gohan. It received 594 valid responses in total.