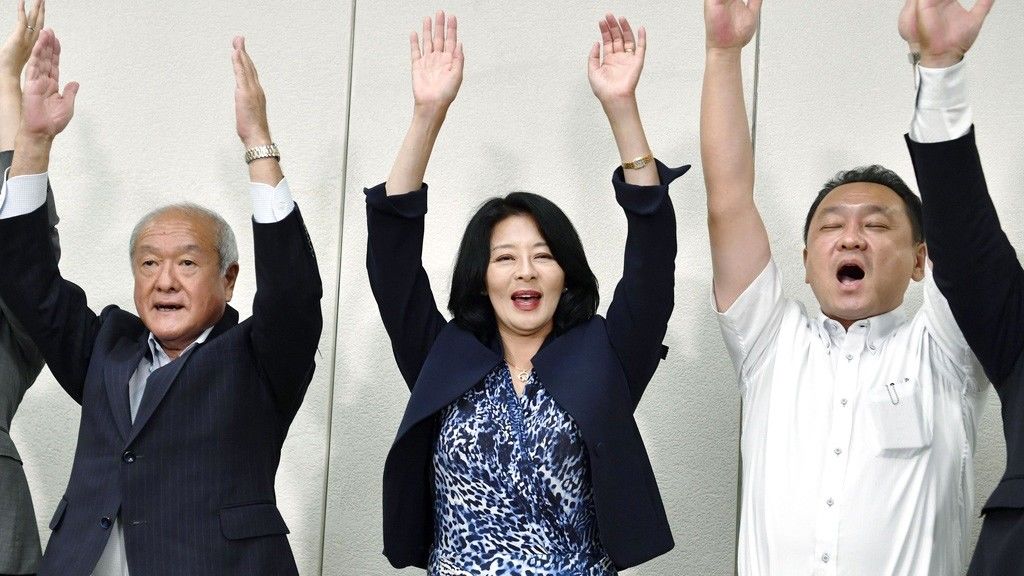 Politics Gender and Sex Society Jul 14, 2022
A record-breaking 35 women won seats in the July 10 House of Councillors election in Japan. However, female legislators made up only 28% of winning candidates, showing that Japan remains a long way from parity.

Female candidates won 35 seats in Japan’s House of Councillors election held on July 10, 2022. This set a new record, ahead of the 28 women who won seats in each of the 2016 and 2019 elections, respectively. Overall, women represented 28% of the 125 winning candidates. Including those lawmakers whose seats were not contested at this election, the number of women in the 248-seat House of Councillors rose to a new high of 64. 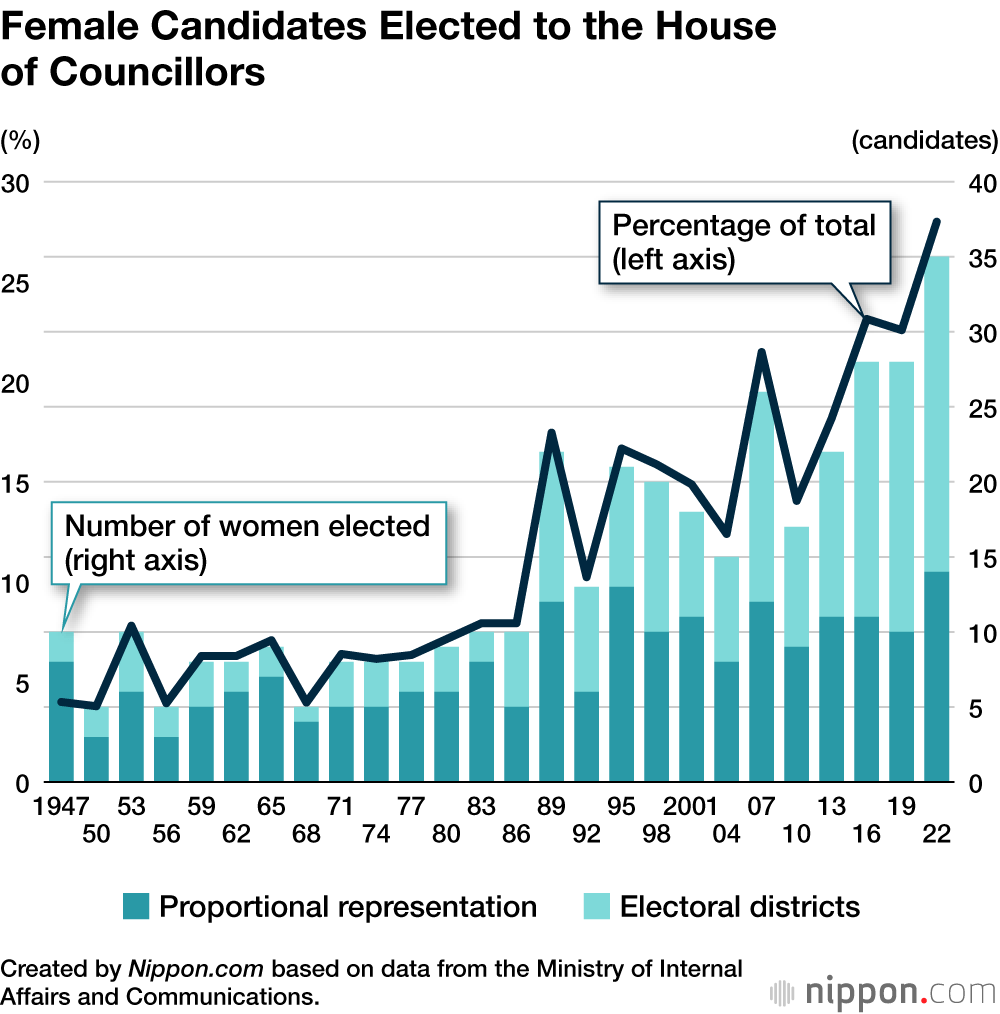 In 2018, a nonbinding act calling on parties to field equal numbers of male and female candidates in national and local elections was passed in the Diet. In the July upper house election, there were 181 female candidates, which was ahead of the 146 in 1989 as the highest total ever, but at 33.2% of the overall total, it fell considerably short of parity.

More than half of the candidates for the Constitutional Democratic Party of Japan and Japanese Communist Party were women, and this was also true for 50% or more of those elected from these parties. Meanwhile the Liberal Democratic Party set a new record with 13 successful female candidates, but this was only 23.2% of its overall total. 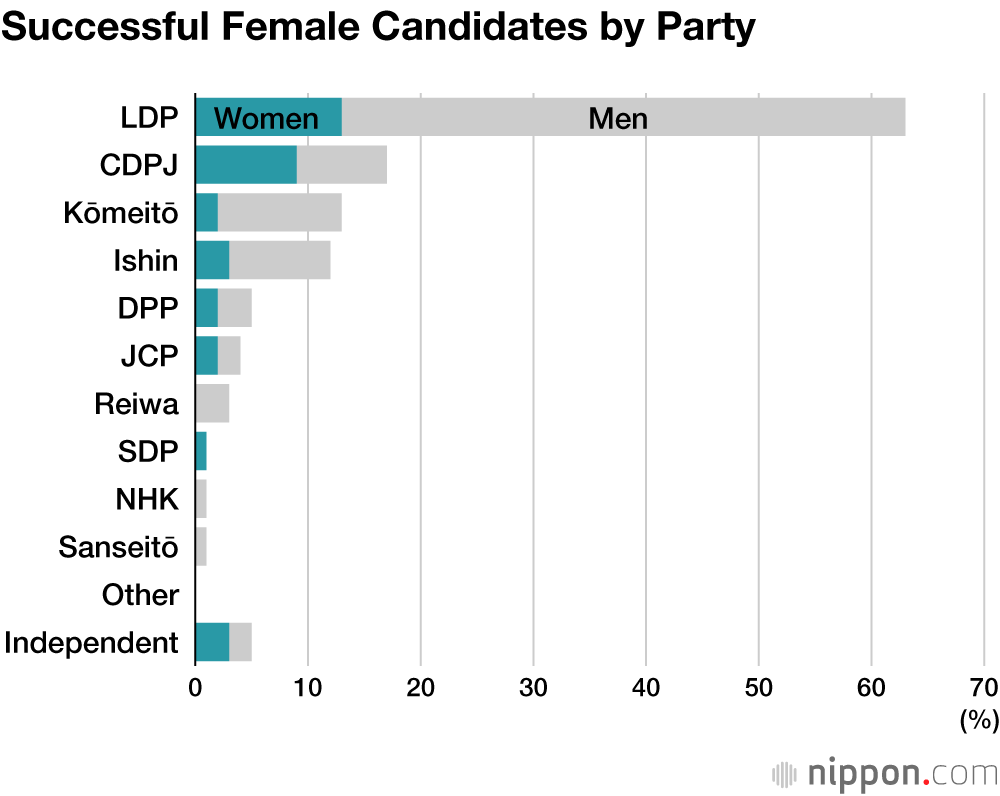 (Translated from Japanese. Banner photo: Hirose Megumi (center) became the first Liberal Democratic Party candidate in Iwate Prefecture to be elected to the House of Councillors for 30 years on July 10, 2022. © Kyōdō Images.)