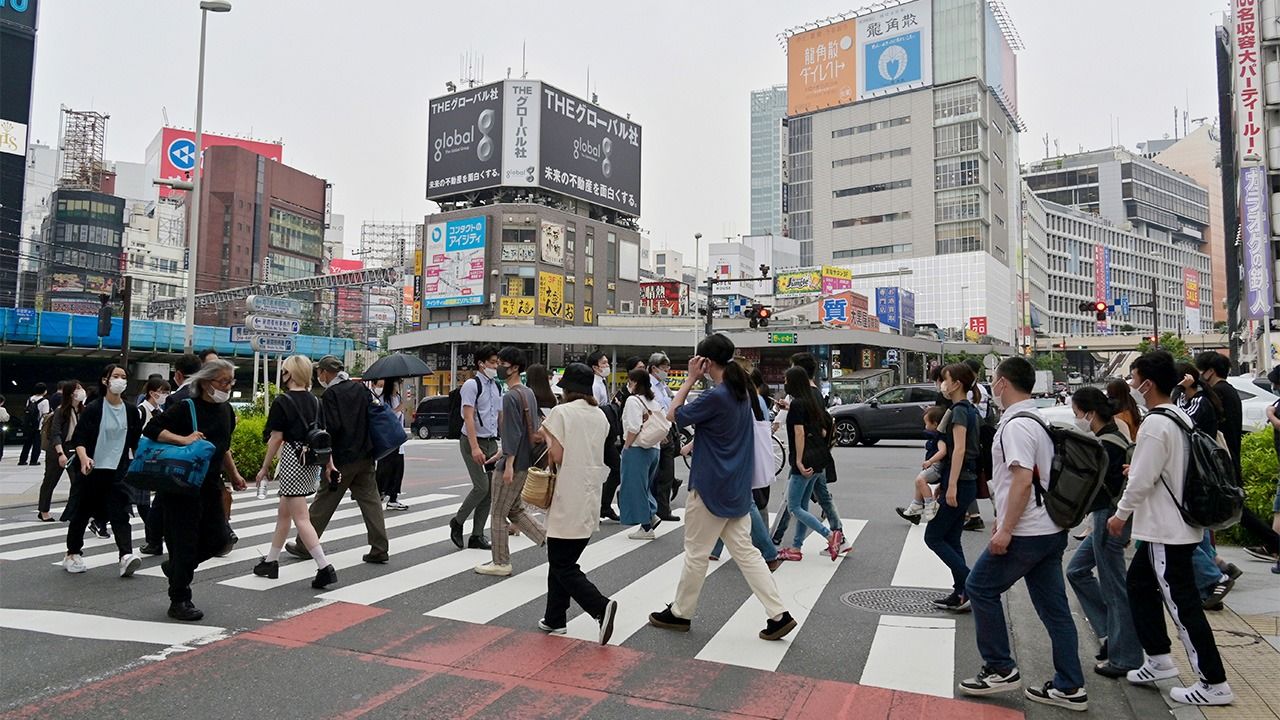 Society Health Jul 15, 2022
The number of COVID-19 cases is soaring again in Japan, although there are considerably fewer severe cases and fatalities than in the sixth wave at the start of 2022.

Two and a half years after the first COVID-19 case was identified in Japan on January 16, 2020, the total number of cases in the country topped 10 million on July 14, 2022. This is equivalent to nearly 1 in 12 of the overall population.

At the time of the first wave of infections, when Prime Minister Abe Shinzō declared the first state of emergency on April 7, 2020, there were just 87 new cases in Tokyo. As people were urged to stay at home, streets were quiet, and commuter trains conspicuously empty. Each successive wave increased in size, and the millionth case in Japan was registered during the fifth of these in August 2021.

With the sixth wave, the pace of infections accelerated, and the total passed 2 million on January 20, 2022, 3 million on February 3, and 5 million on February 28. While new cases dropped during March, they exploded again from late June with the spread of the highly infectious Omicron BA.5 variant. 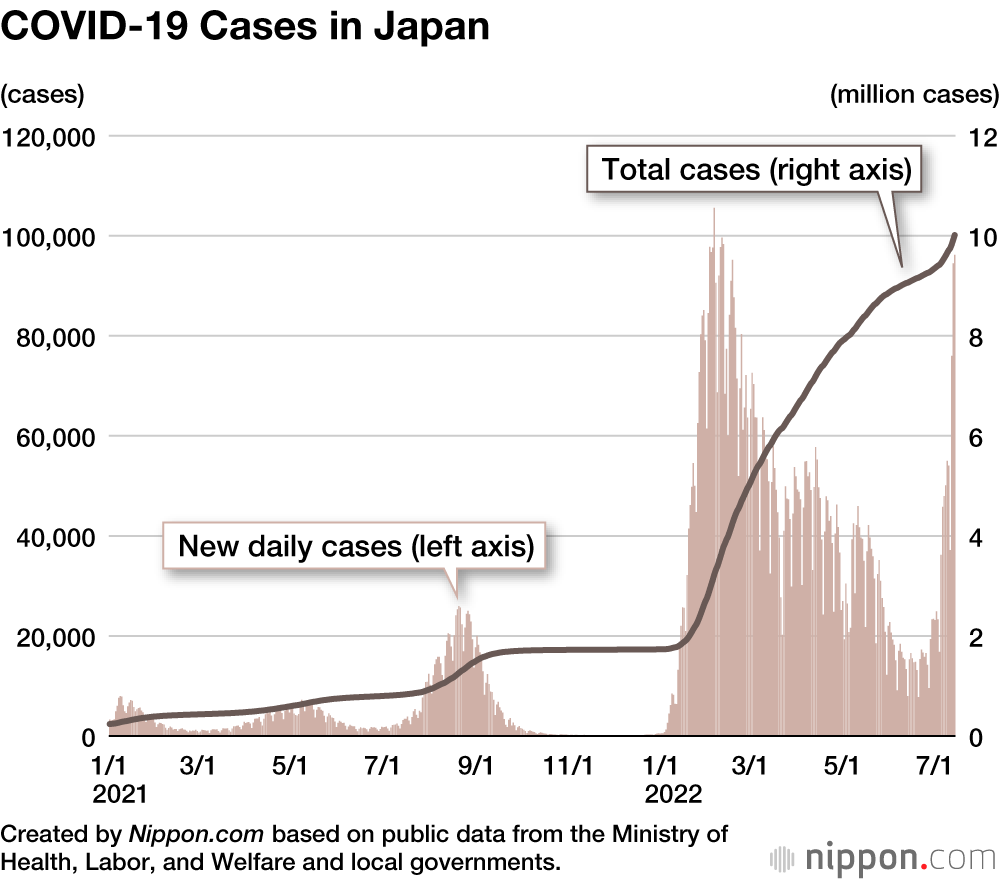 On July 14, 2022, Tokyo recorded 16,662 new cases, and there were 97,788 across the country, which is close to the peak of the sixth wave. Even so, the government is taking no emergency action, aiming to allow for the continuation of social and economic activities, while recommending vaccinations and thorough measures against infection. Since the start of July there have been between around 10 and 30 fatalities each day. The number of severe cases is also relatively low, at 100 on July 14, compared with during the sixth wave in January and February of this year. 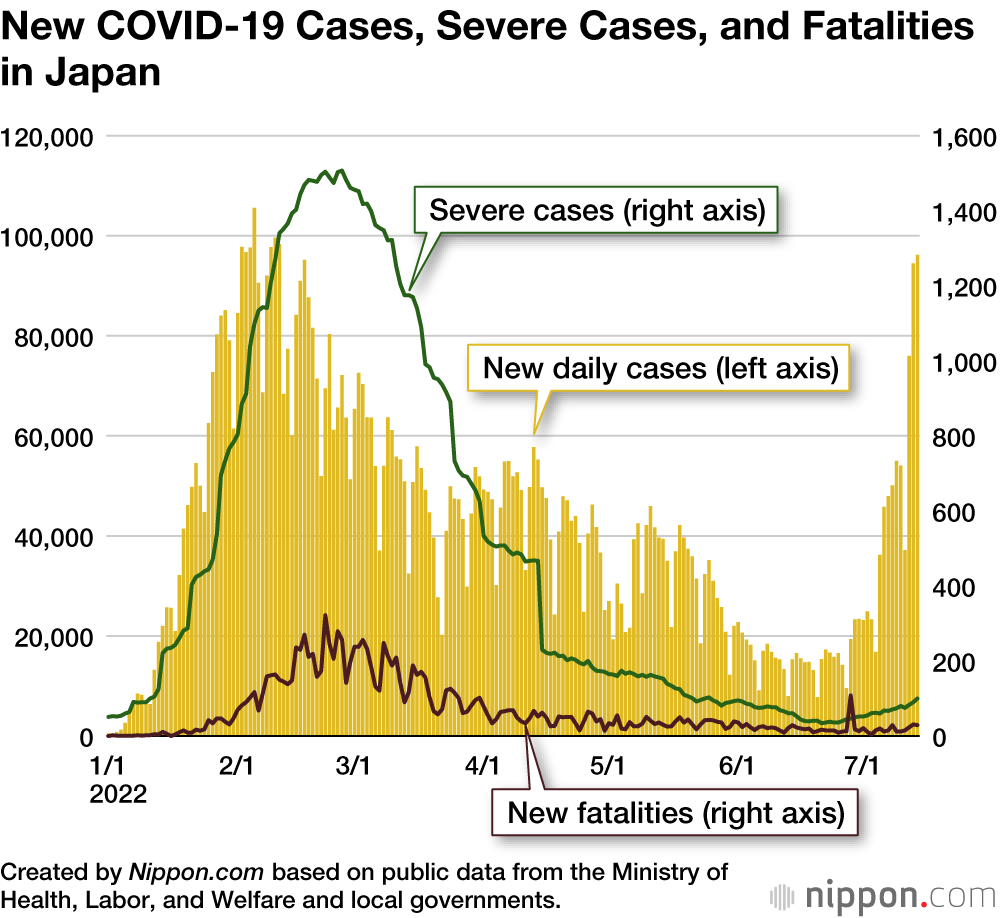