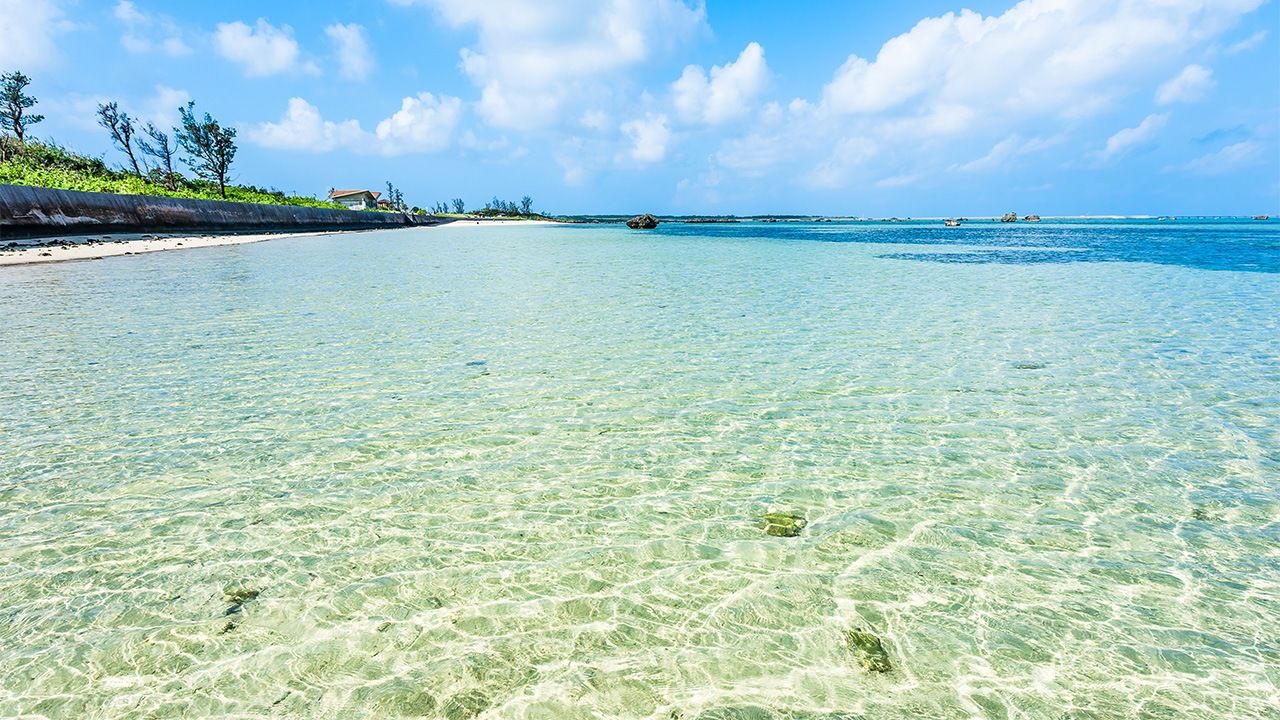 Okinawa Japan’s Top Prefecture in Its “Attachment to the Ocean”

Society Environment Aug 1, 2022
A survey by the Nippon Foundation looked into how attached residents of different Japanese prefectures felt to the ocean, as well as raising environmental awareness.

The Nippon Foundation conducted a survey on Japanese people’s feelings about the sea to coincide with the Marine Day holiday on July 18. The findings showed that residents felt most attached to the sea in the prefecture of Okinawa, followed by Miyazaki and Nagasaki. Perhaps unsurprisingly, residents of inland prefectures, such as Gifu, Tochigi, and Nagano, tended to show the least attachment. There were responses from 11,600 people nationwide aged from 15 to 69. 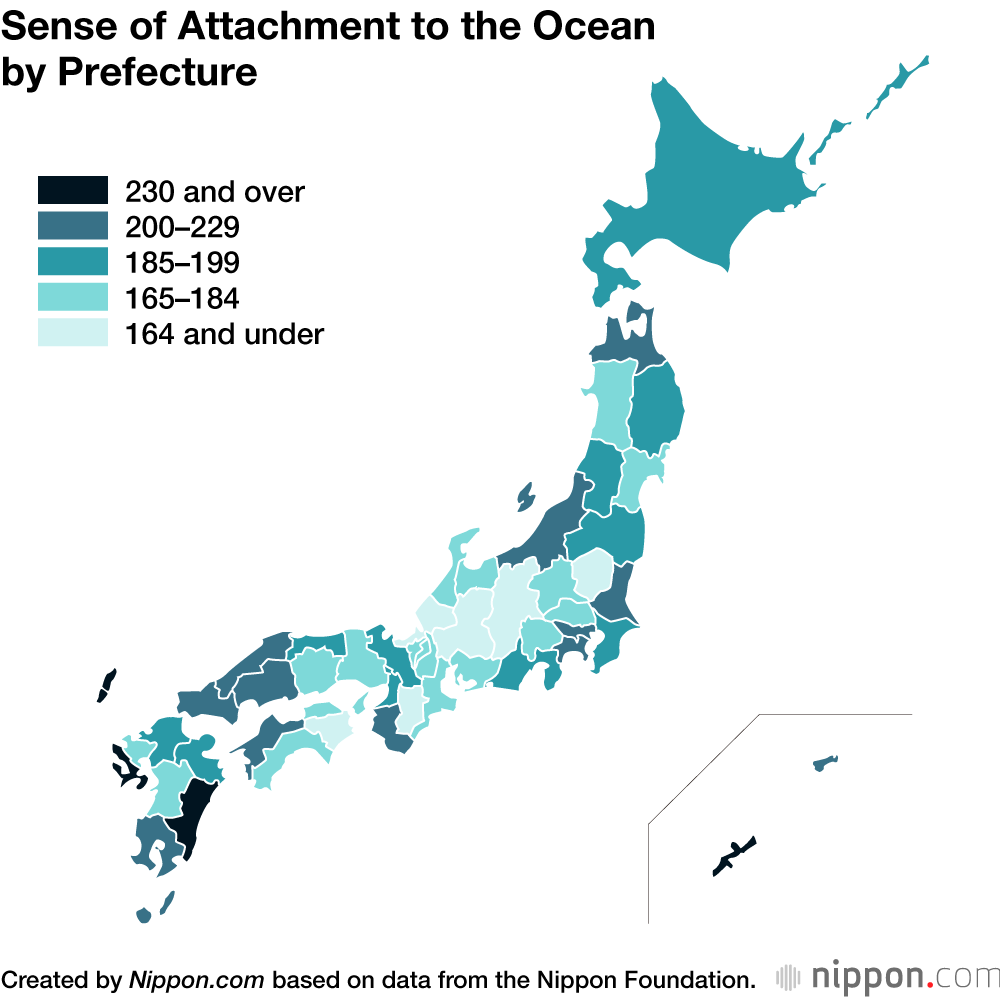 Prefectures with Highest and Lowest Attachment to the Ocean

Awareness of ocean-related issues, including those who were “very” or “somewhat” familiar, increased by around 10 points for all items compared to the 2019 survey results. In particular, 84% of respondents were aware that some types of fish and seafood have been depleted through overfishing, while 82% knew that the changes in the ocean have a significant connection to climate change. 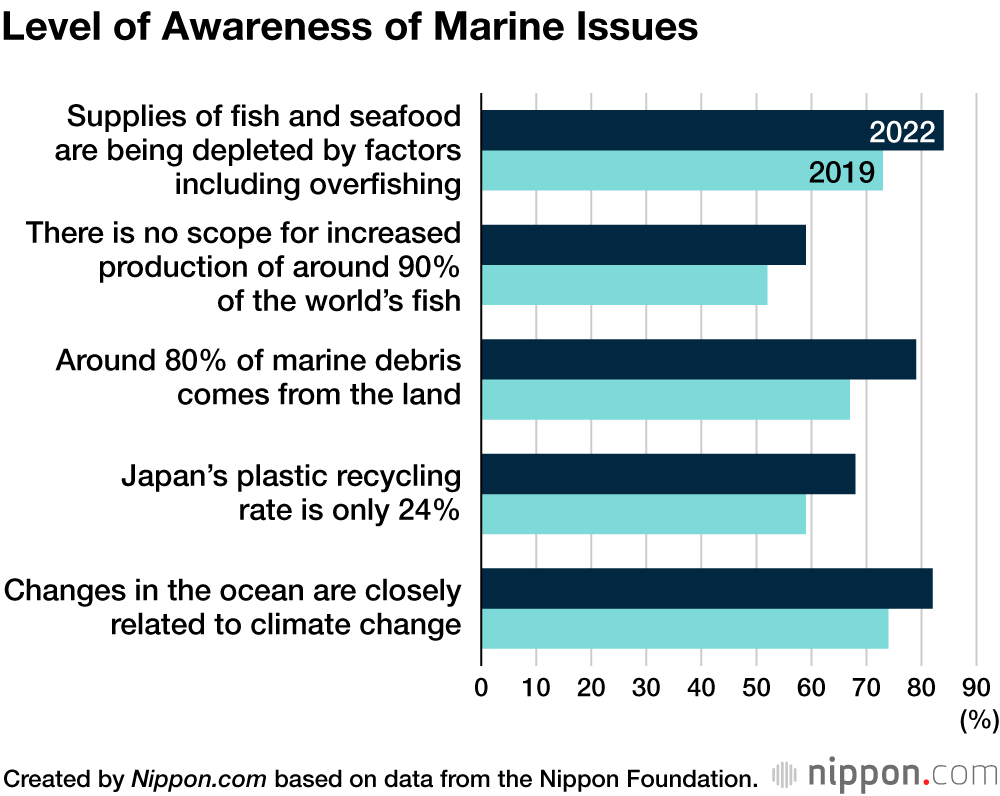 An increasing number of people were also found to be making efforts to reduce plastic waste as a way to safeguard the ocean, such as using their own reusable shopping bag or not taking free straws at convenience stores. 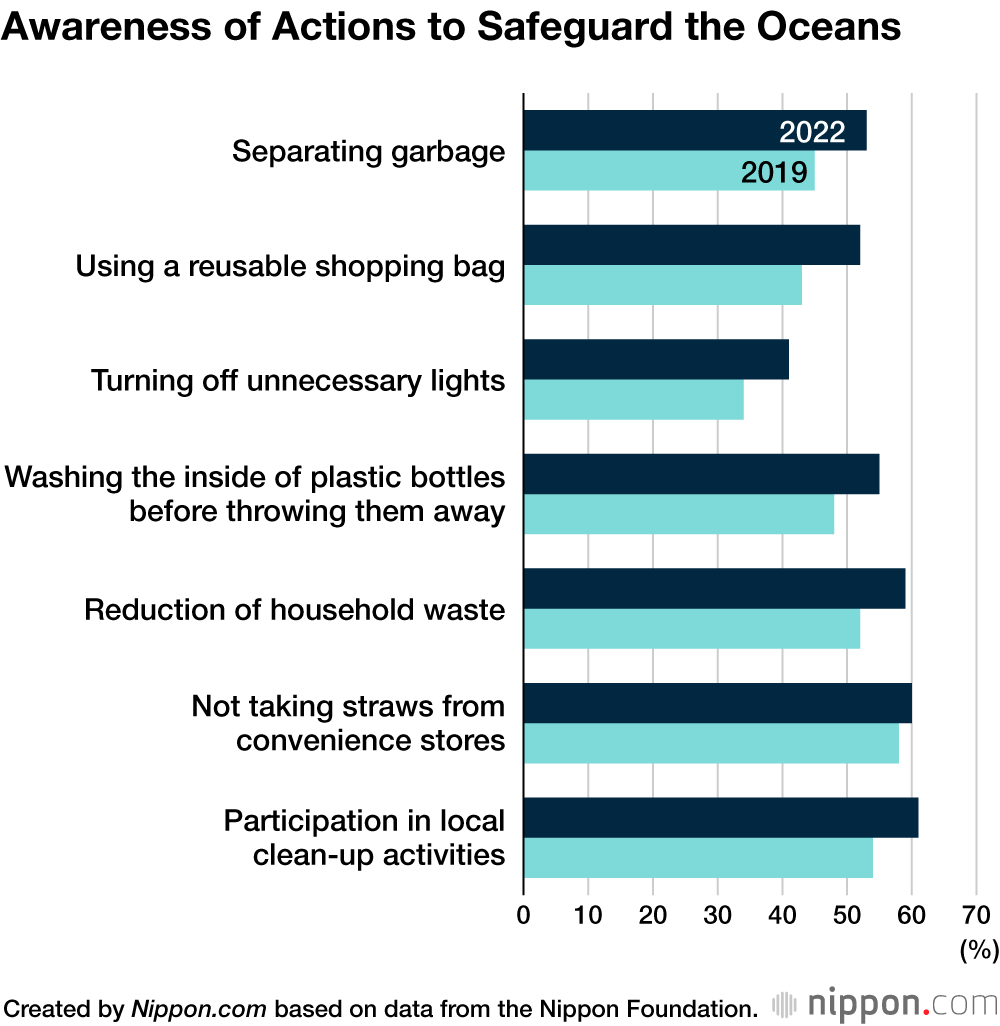