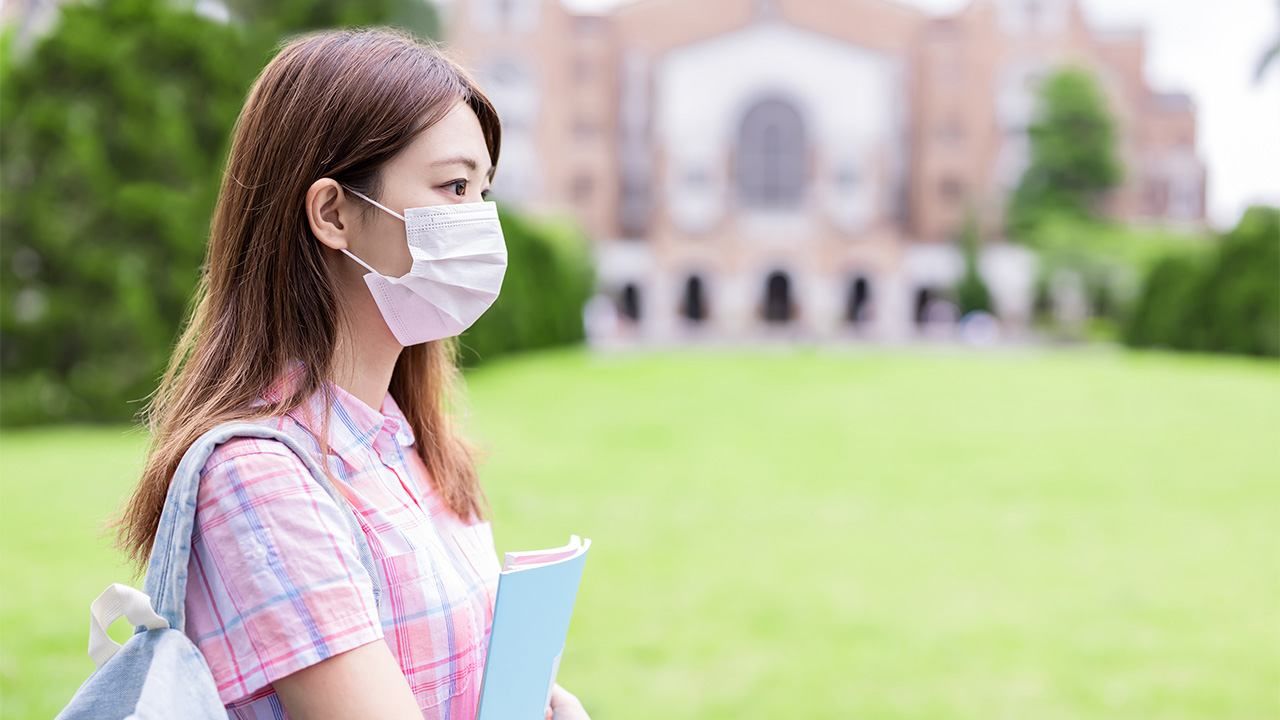 Society Education Aug 10, 2022
A recent survey aimed at university students in Japan found that the COVID-19 pandemic had led to a decrease in close friendships with a knock-on effect on students’ sense of fulfillment in their studies and level of personal growth.

The latest Benesse Corporation survey analyzing university students’ learning and living conditions has revealed that students face a difficult campus life during the pandemic because they cannot make friends or get a sense of fulfillment in their studies. The online survey, which ran in December 2021, received responses from 4,124 university students nationwide. This is the fourth such survey, with Benesse having conducted it every four to five years since 2008.

When respondents were asked about the number of friends they had, while many had casual relationships where they hung out and chatted, when it came to friends that they could “talk about worries with,” “discuss social issues with,” and “compete with in study and at sports,” even though overall nearly 80% said they had such friends, the number generally amounted to two to three friends at most. For all types of friends, the ratio of respondents with zero friends had increased compared to the 2016 survey. 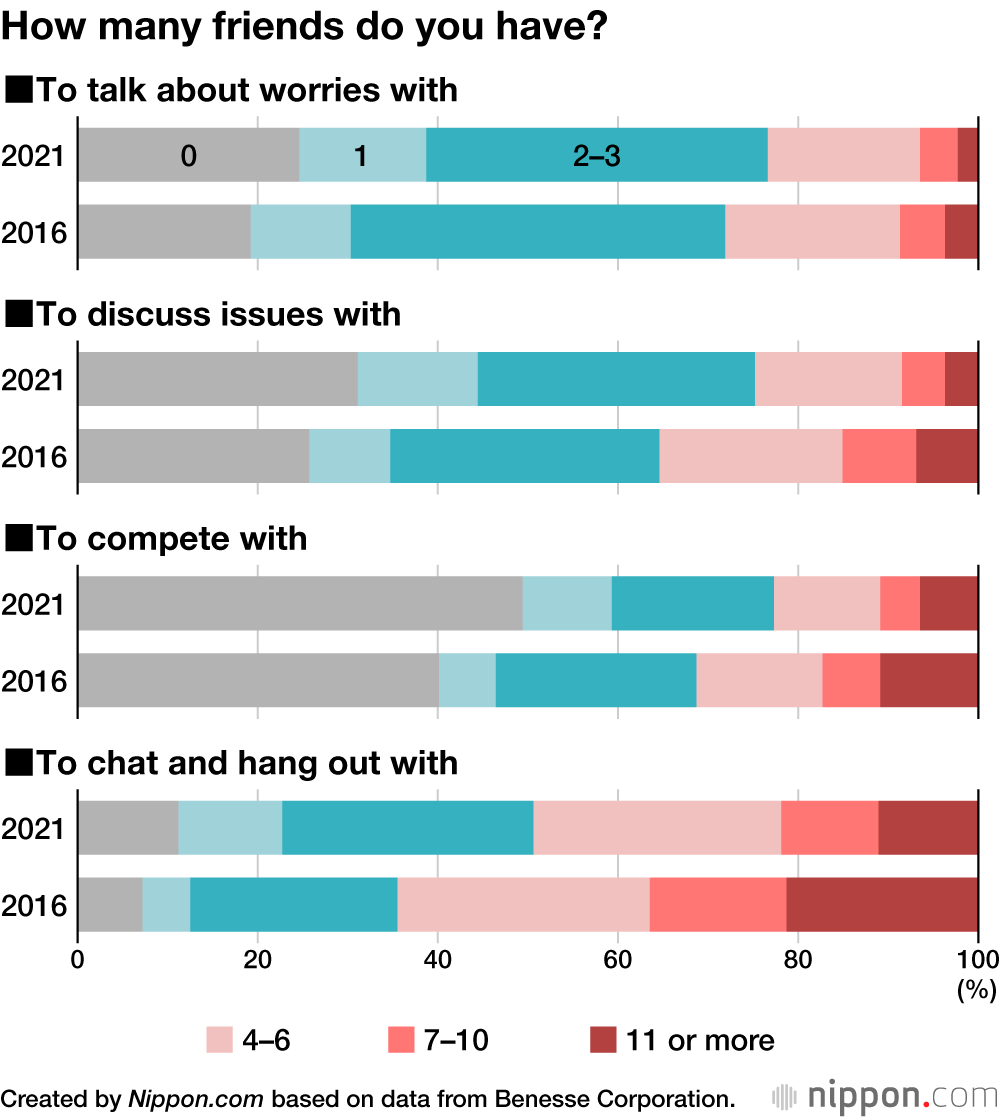 Splitting respondents up into three groups depending on the number of friends they had showed that the ones with fewer tended not to be able to sense as much personal growth and fulfillment in studying as those who had a large group of friends. 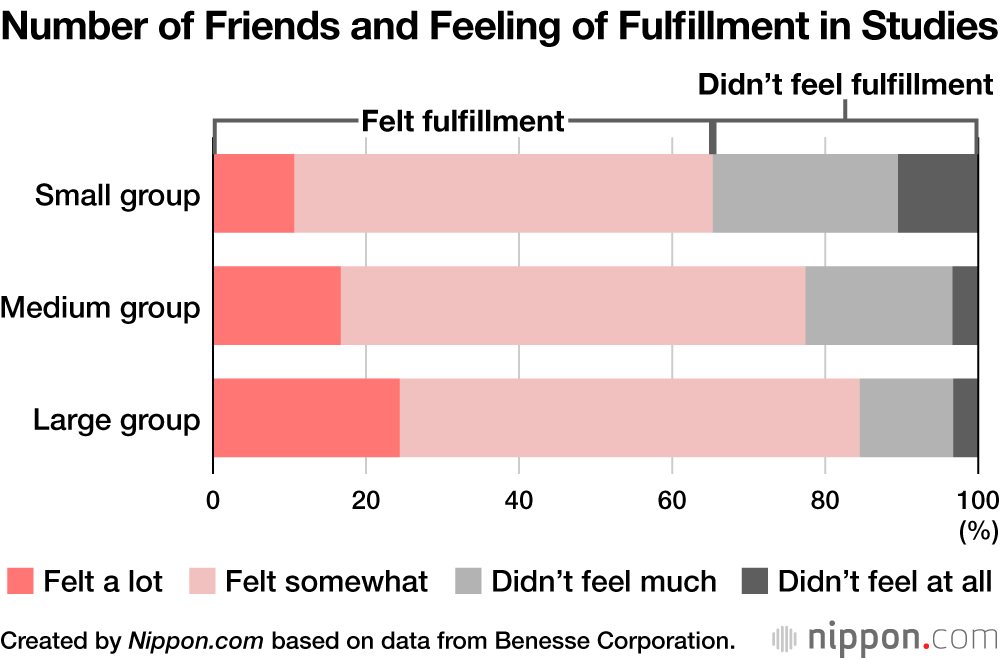 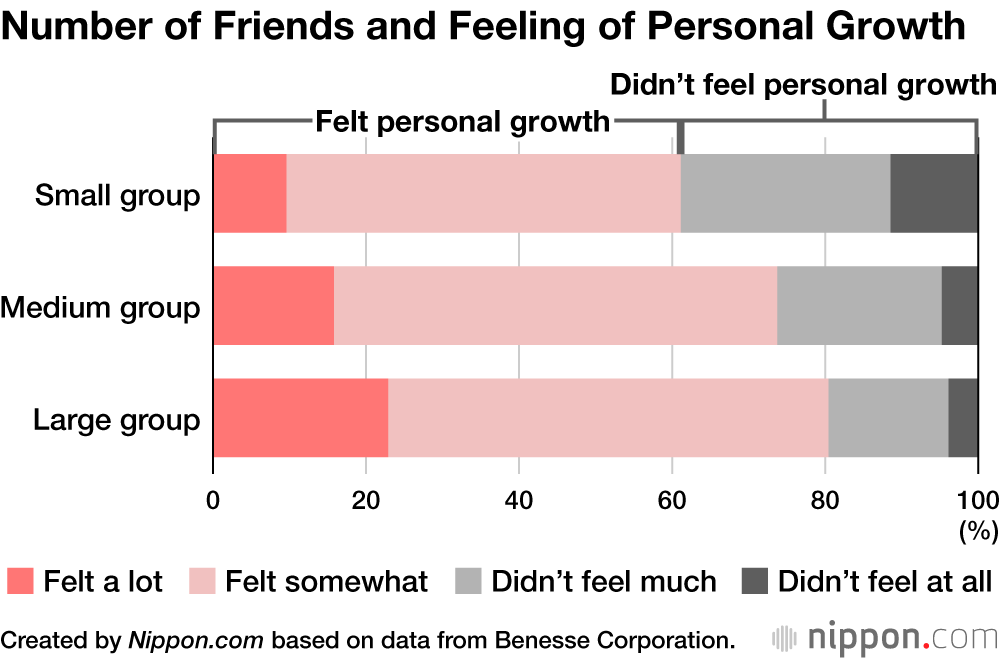 By year at university, 39.6% of students in their second year (who entered university in April 2020) said they did not have any feeling of growth. Compared to students in other years, this was a significant drop from the results of the 2016 survey.

April 2020 was when the first state of emergency was declared, following the start of the pandemic. It was this academic year that students suddenly had to face a completely different campus life, such as not being allowed to go out, avoiding contact with people as much as possible, having their entrance ceremonies cancelled, taking lessons remotely, and not being able to do club activities.

Benesse points out that “there is an urgent need for universities to consider and implement support measures for students who entered university in 2020 concerning how they will send these young people out into society and how society will accept them”. 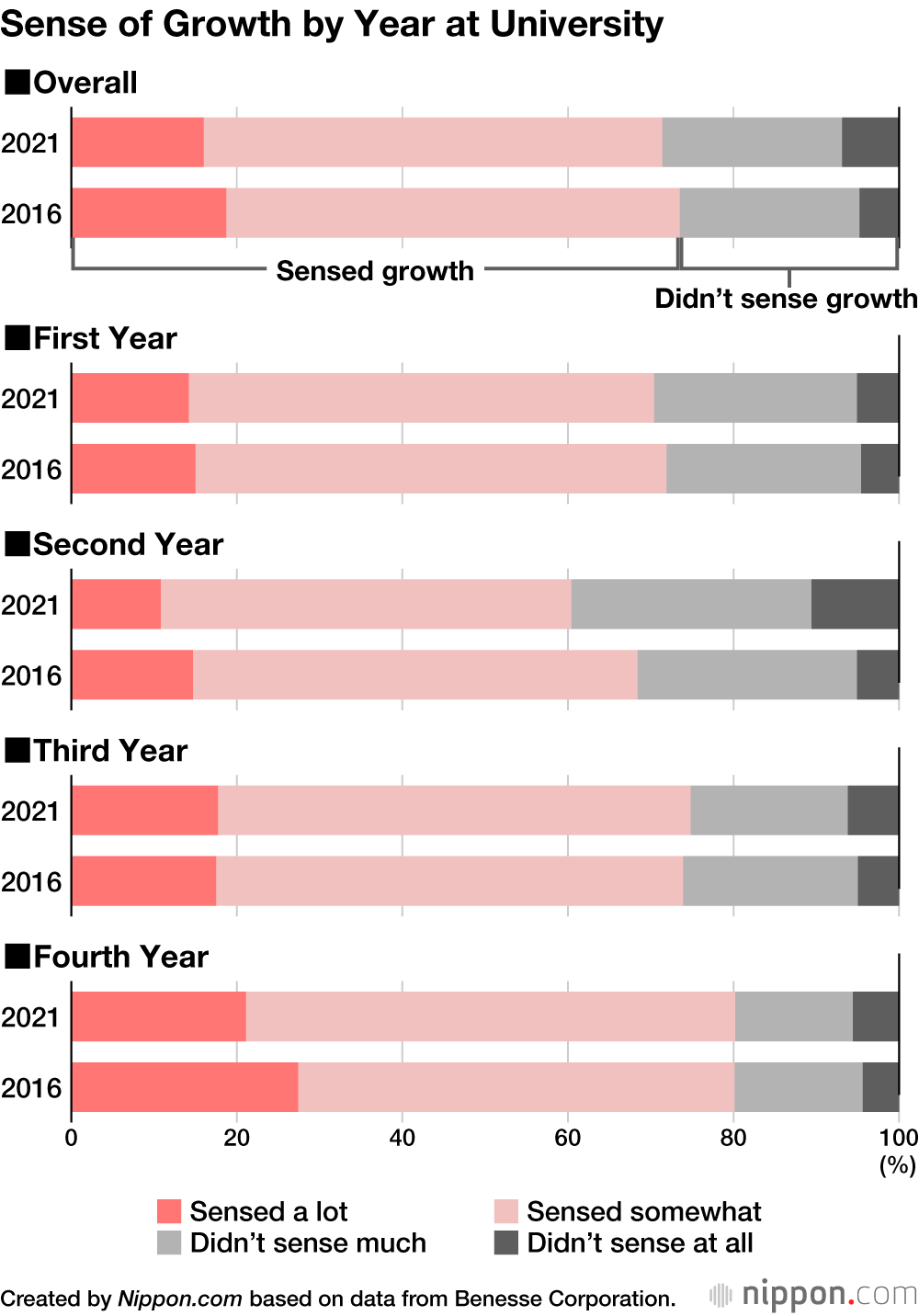