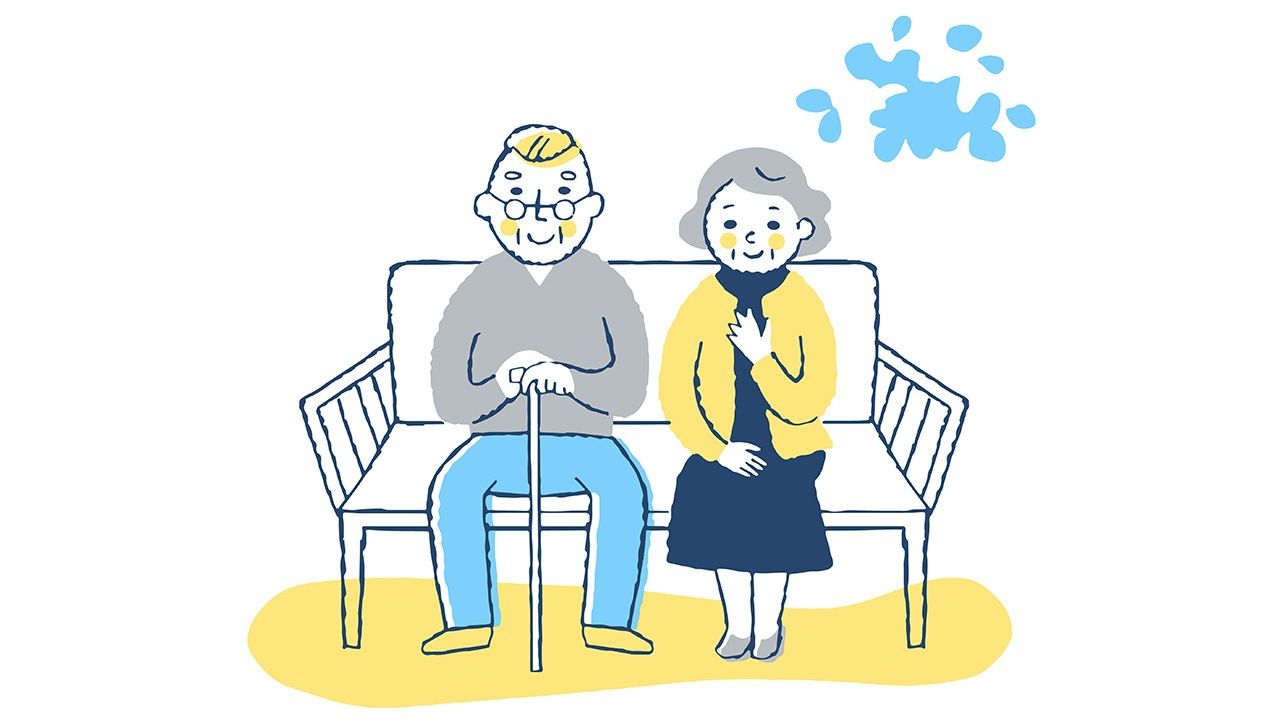 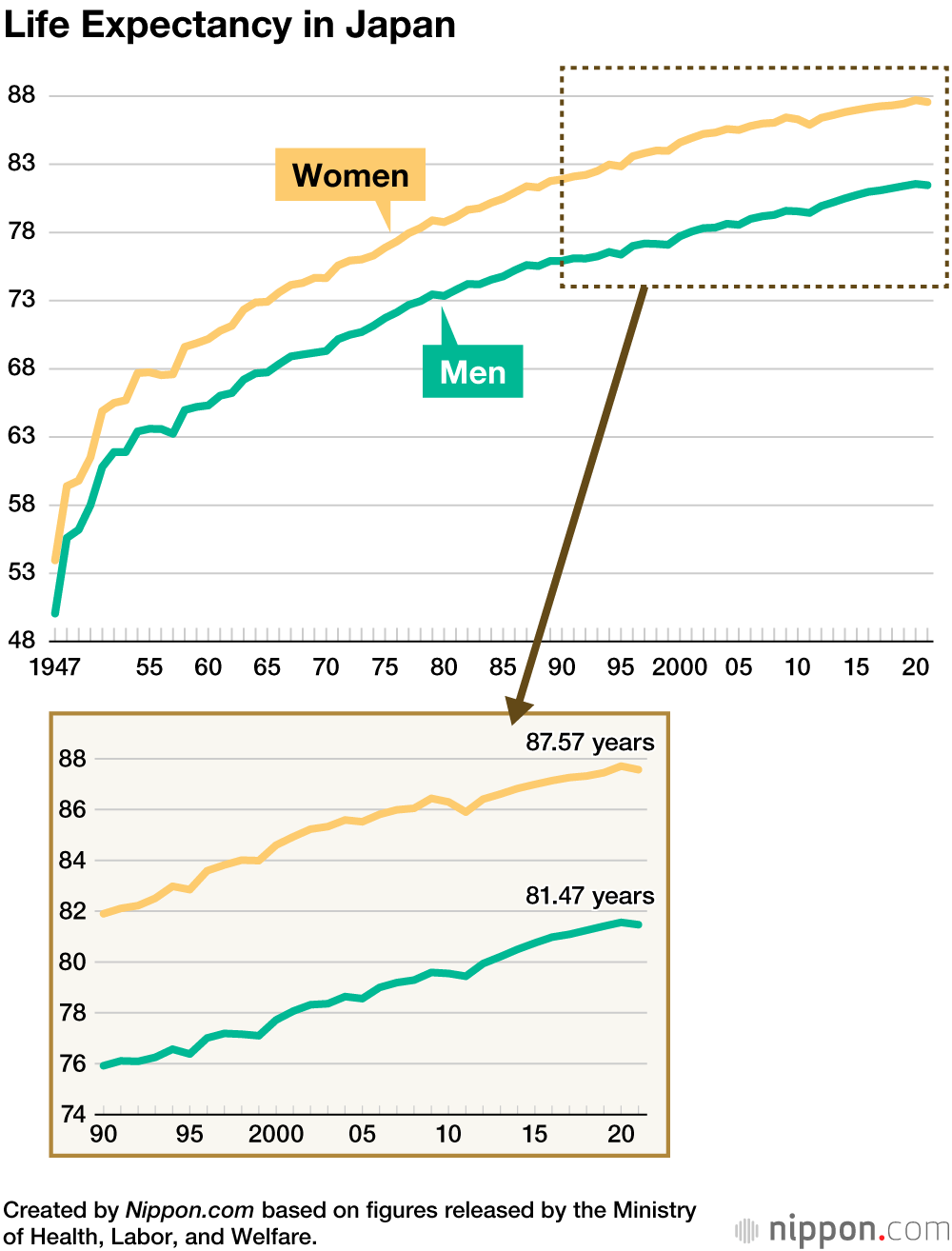 In 2021, COVID-19 reduced life expectancy by 0.07 years for women and 0.10 years for men. This was a much greater impact than 2020, when these figures were 0.02 years and 0.03 years, respectively. For diseases such as cancer and pneumonia though, year-on-year changes in average lifespan show a positive trend, so it is thought that people will continue to live longer. 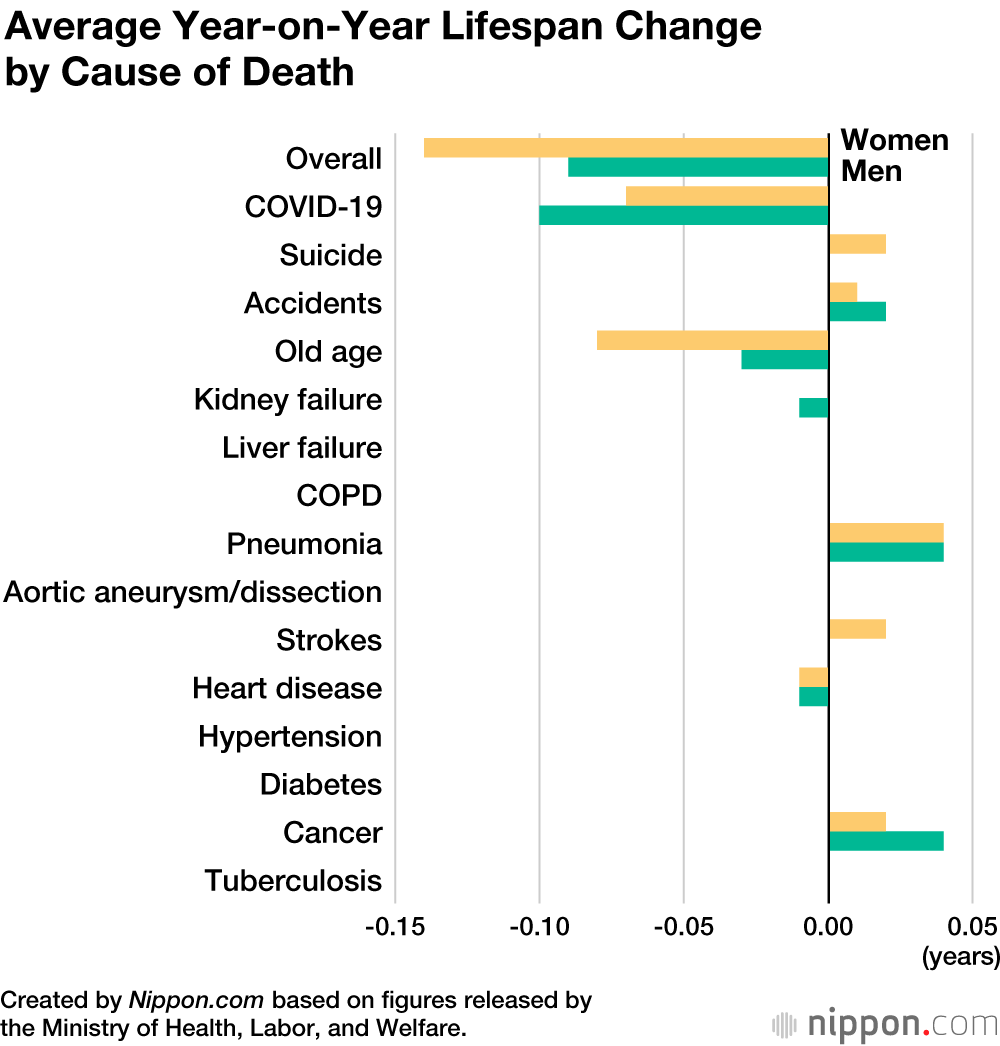 The probability for those born in 2021 dying from cancer in the future was 19.86% for girls and 27.66% for boys. While cancer is no longer incurable, it still remains the leading cause of death for both men and women. It is estimated that if cancer could be overcome and the number of people dying from the disease reduced to zero, women would live 2.81 years longer and men a further 3.43 years.

Created by Nippon.com based on figures released by the Ministry of Health, Labor, and Welfare. *2020 data