Economy Society Family Sep 16, 2022
The amendment of Japan’s Money Lending Business Act over a decade ago led to a reduction in the number of personal bankruptcies, but there has been little change in the last few years.

The number of people in Japan unable to pay back multiple loans obtained from consumer finance companies and other firms has decreased since the passing of an amendment to the Money Lending Business Act in December 2006 and its full enforcement in June 2010, remaining around 1.2 million since 2017. As of the end of March 2022, there were 1.16 million people with multiple unpayable loans, with an average combined debt of ¥544,000. 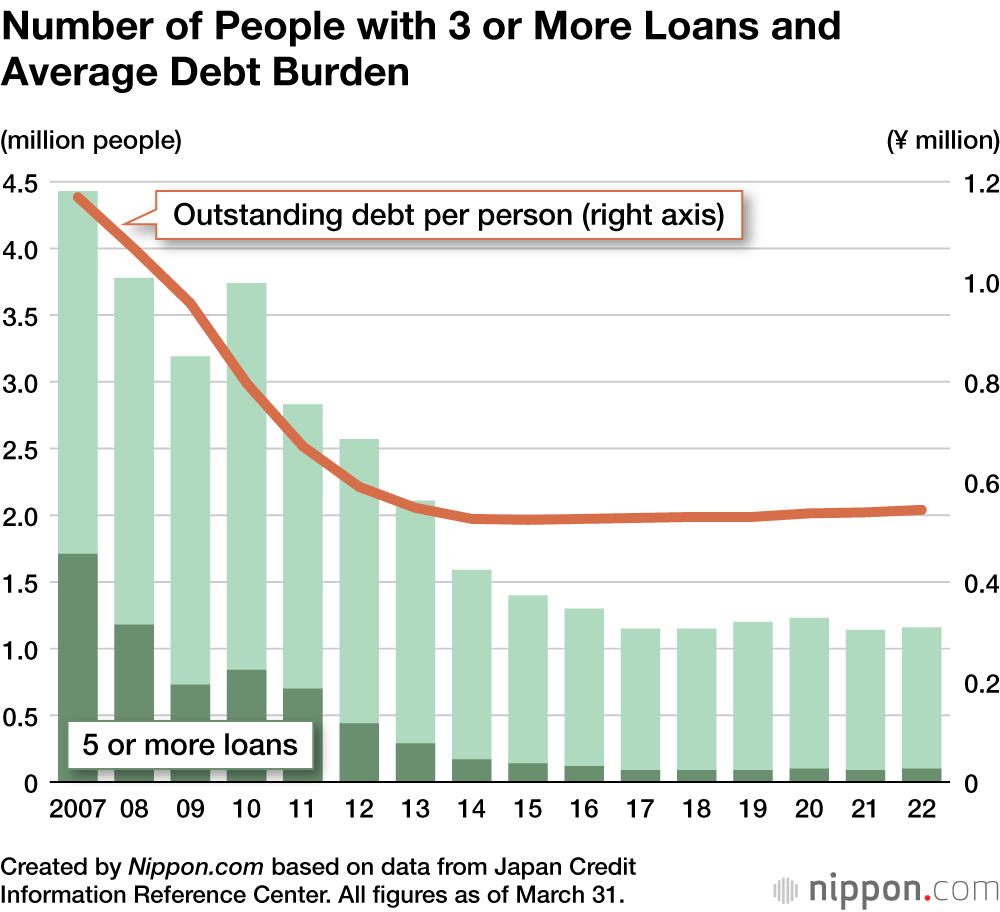 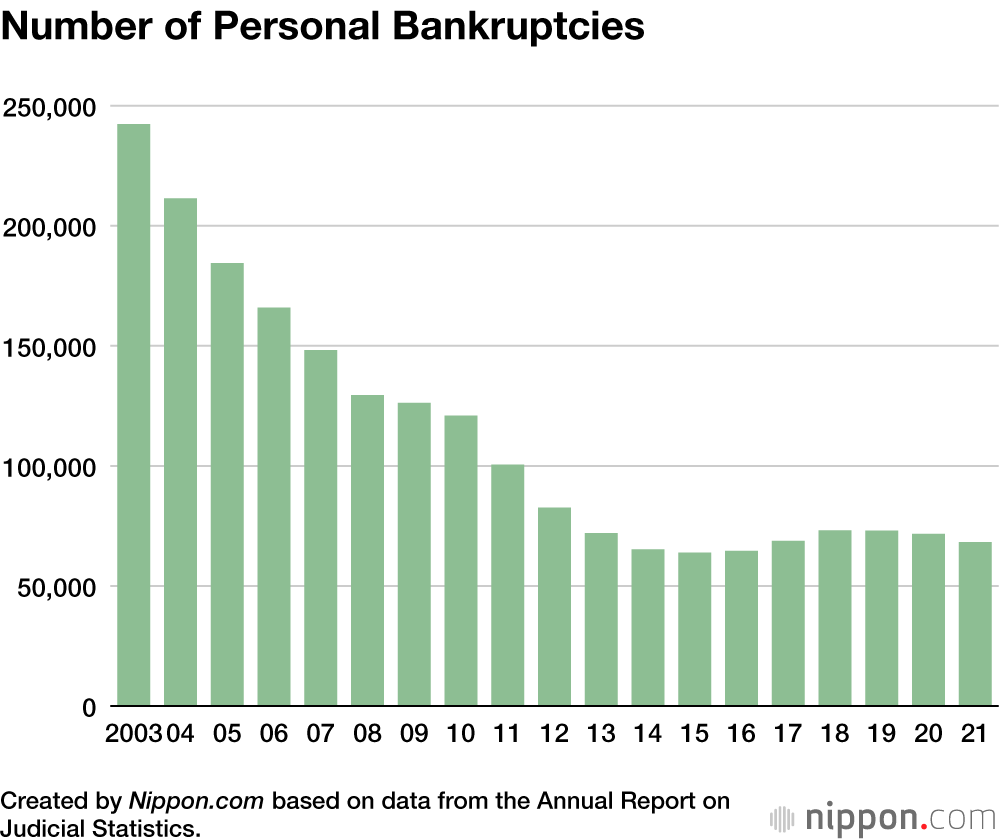 The number of suicides believed to be caused by multiple debts numbered 645 in 2021, accounting for around 3% of the total suicides for that year. 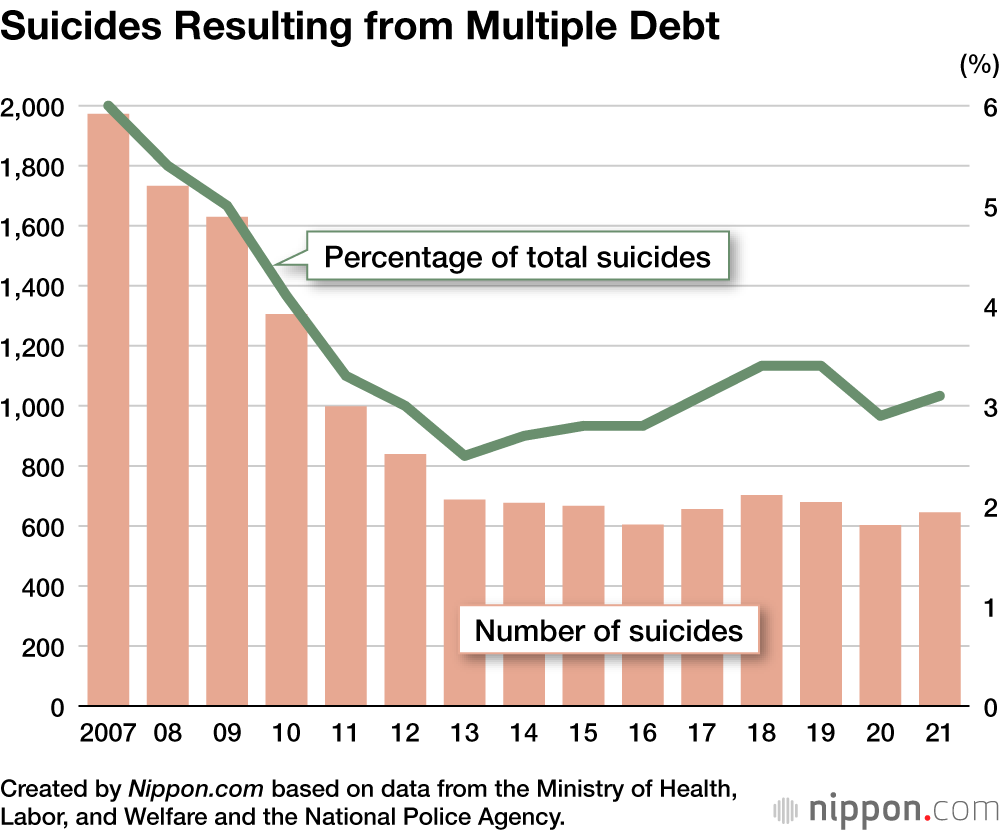