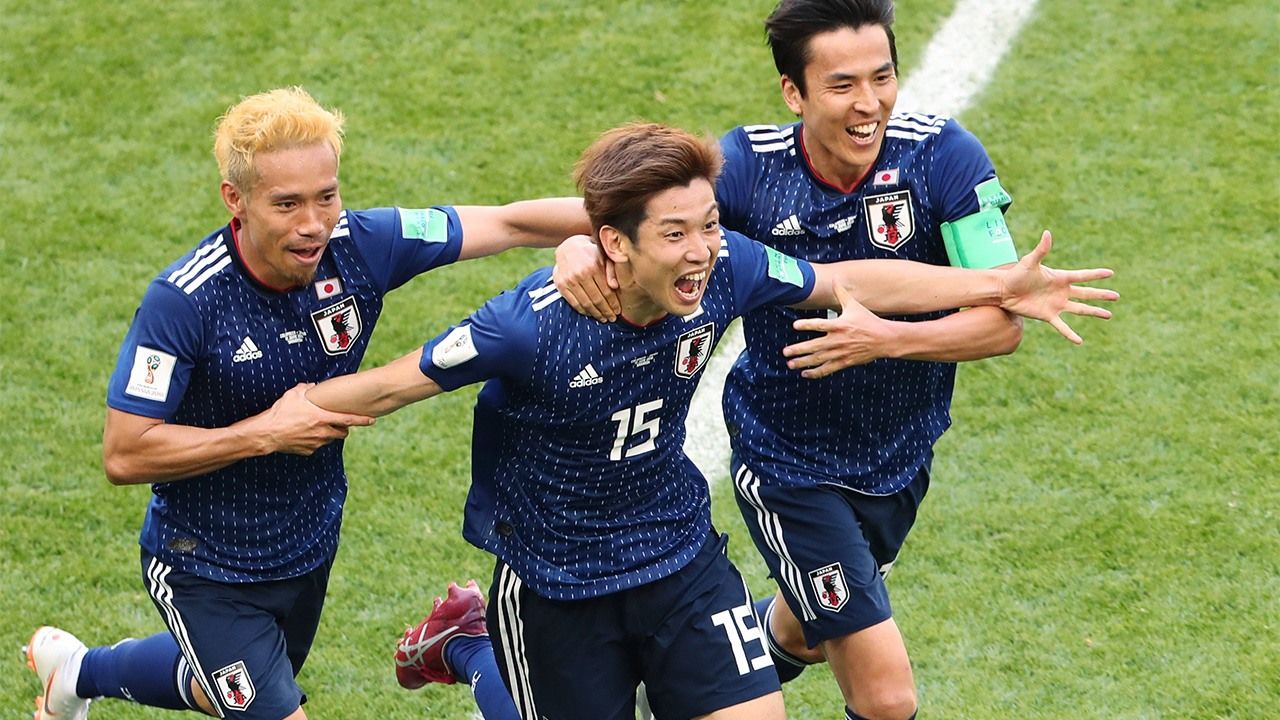 “Hanpa Nai”: Trends and Changes in Japanese Language Use

Culture Education Language Oct 18, 2022
A survey by Japan’s Agency for Cultural Affairs sheds light on trends and changes in Japanese language use.

Japan’s Agency for Cultural Affairs has published the results of a survey that tracks changes in language use.

One trend among Japanese is to say that something “extremely fast” is sugoi hayai instead of the standard form of sugoku hayai. Usually in Japanese, the –i ending of an adjective changes to –ku when the word is used as an adverb, but the number of people who said sugoi hayai rose from 43.1% in the fiscal 1996 survey to 59.0% in fiscal 2021. More than 70% of respondents aged 16 to 40 said that they used it. 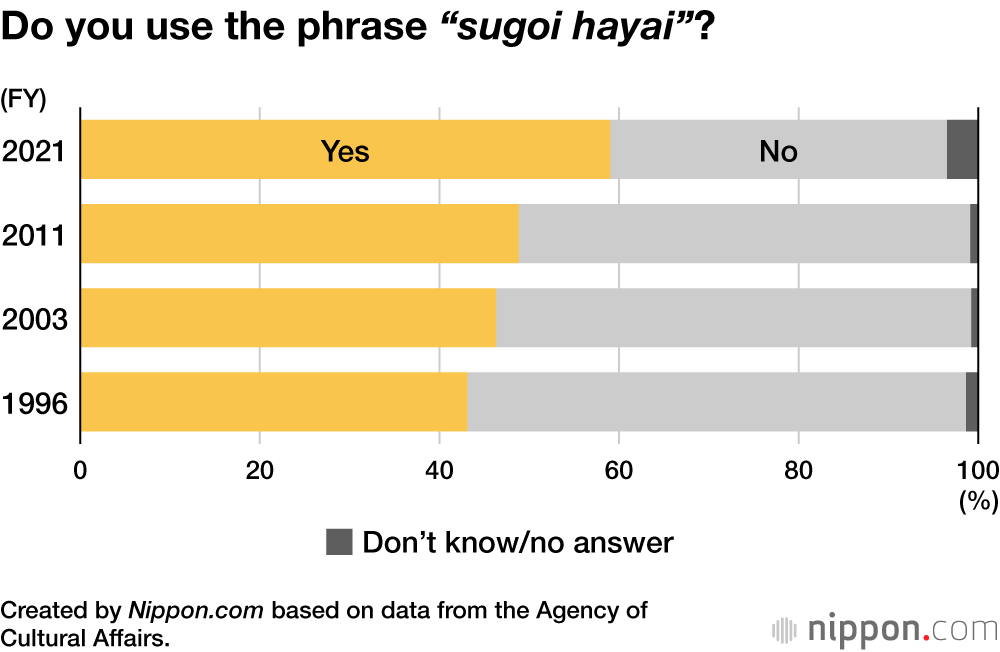 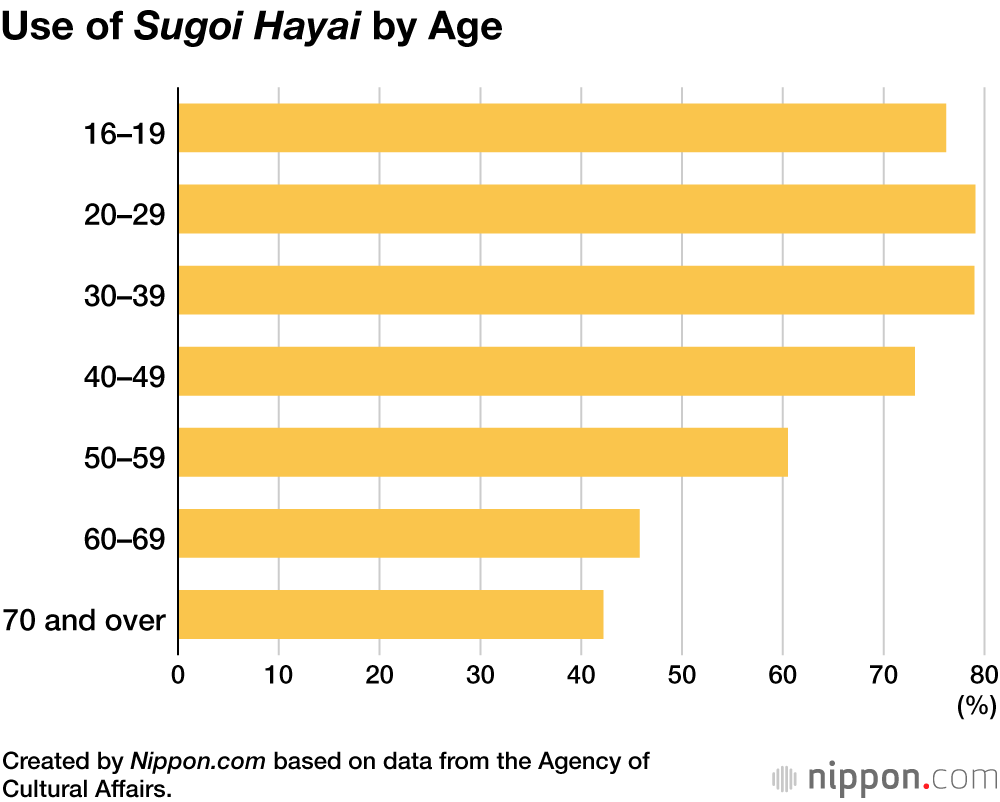 Another change in usage is that people are increasingly saying nanige ni, meaning “casually” or “accidentally,” instead of the standard nanige naku. Just 8.8% used nanige ni in fiscal 1996, but this rose to 47.1% in fiscal 2021. 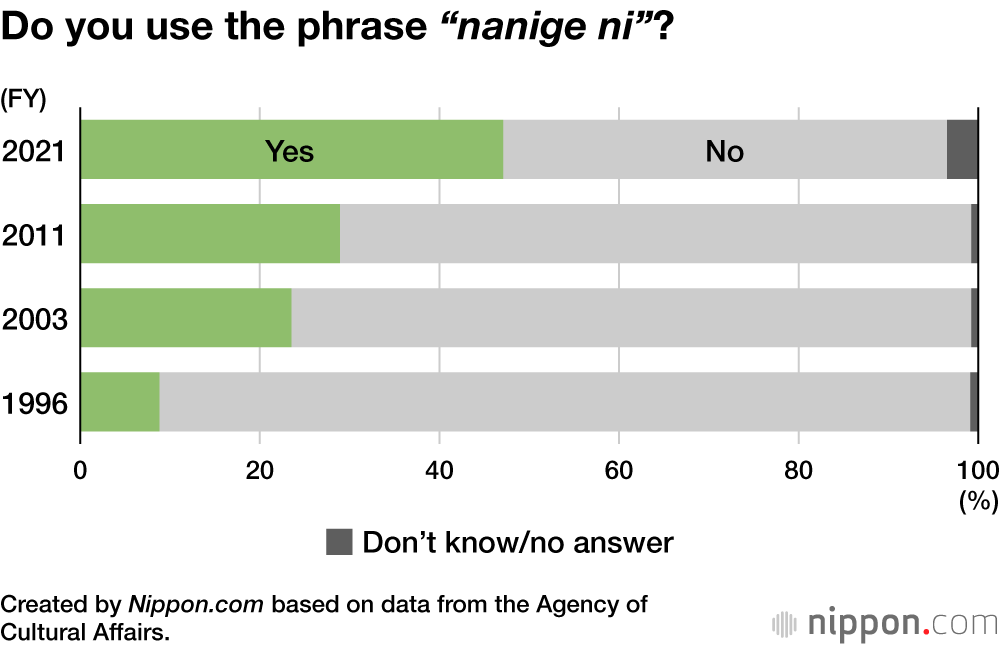 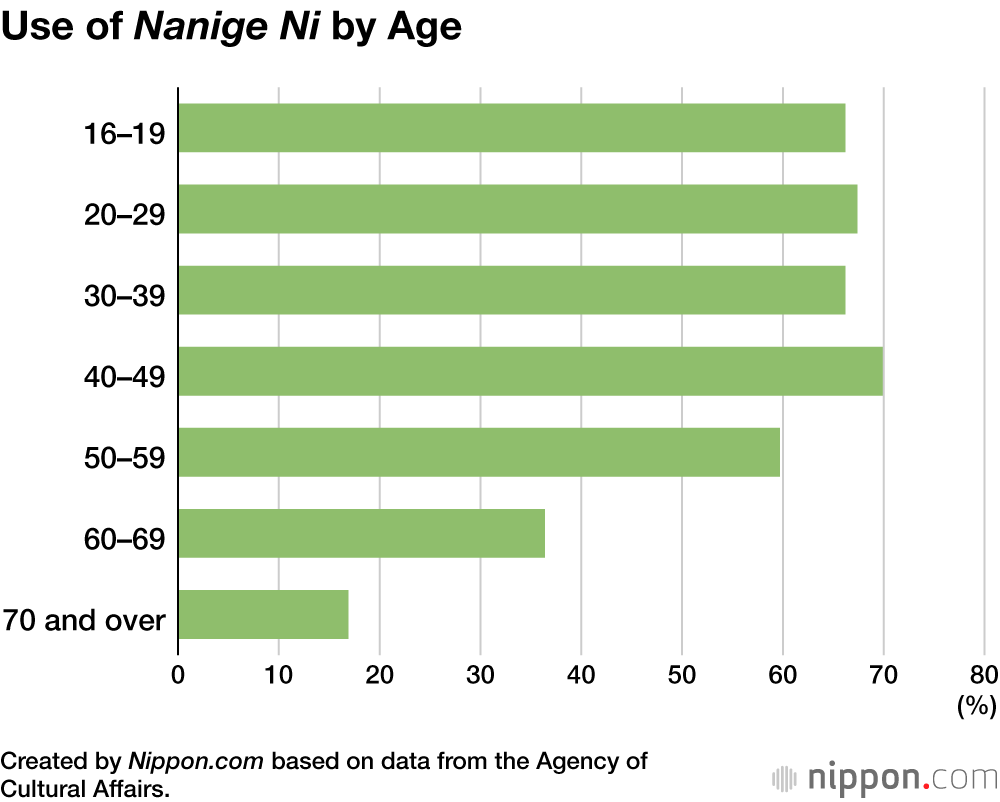 Hanpa nai is an abbreviation of chūto hanpa de nai, meaning literally that something is not “half-baked” or “unfinished”—or, in other words, that it is excellent. The percentage of users climbed from 20.1% in fiscal 2011 to 46.4% in fiscal 2021. Hanpa naitte, a variation with a similar meaning, became a buzzword in 2018, associated with the brilliant skills of Japanese soccer player Ōsako Yūya, and this seems to have boosted usage. 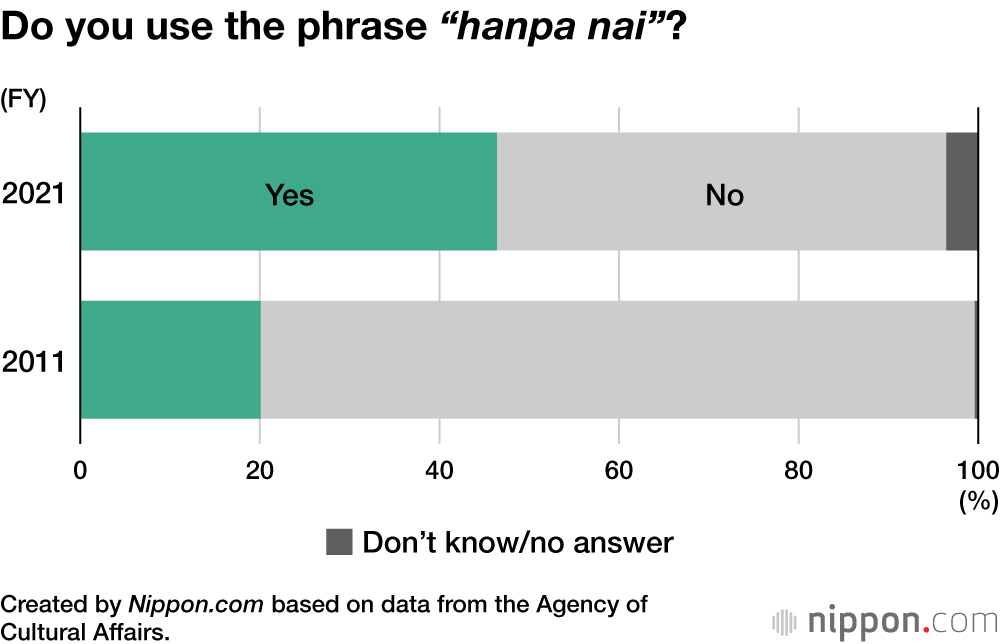 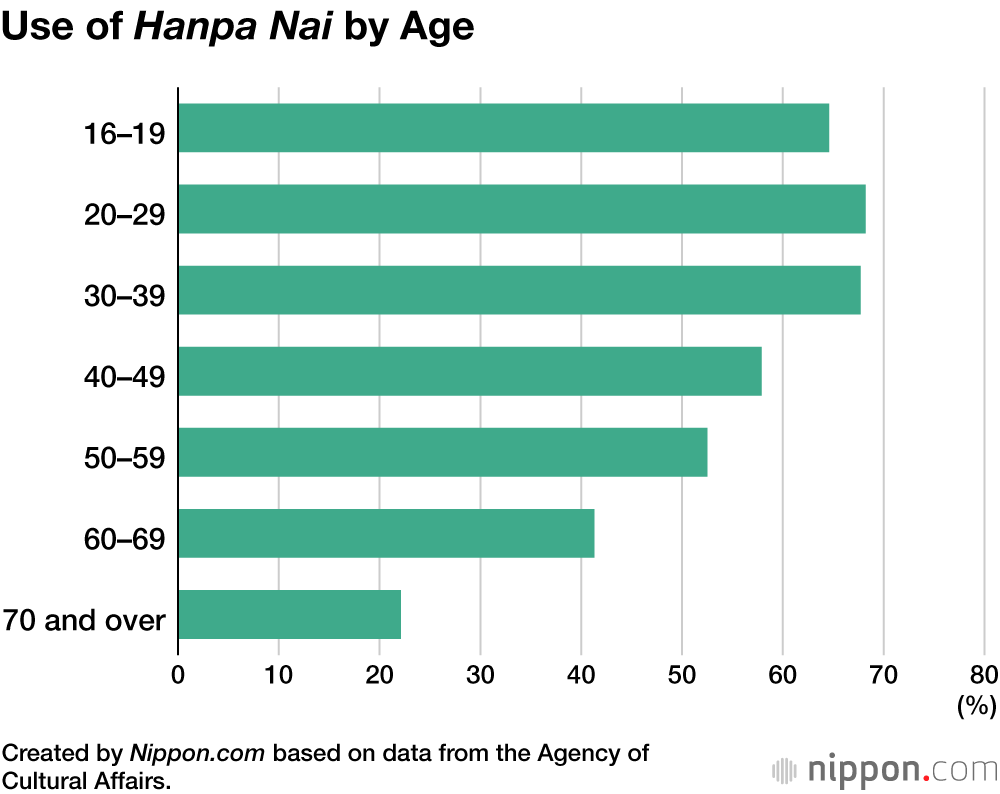 Butchake, meaning to speak frankly or bluntly, was used in lieu of the more formal uchiakeru and its informal derivative butchakeru by 41.4% of respondents. The phrase was common among teenagers to people in their fifties, with individuals in their thirties leading usage at 70.6%. 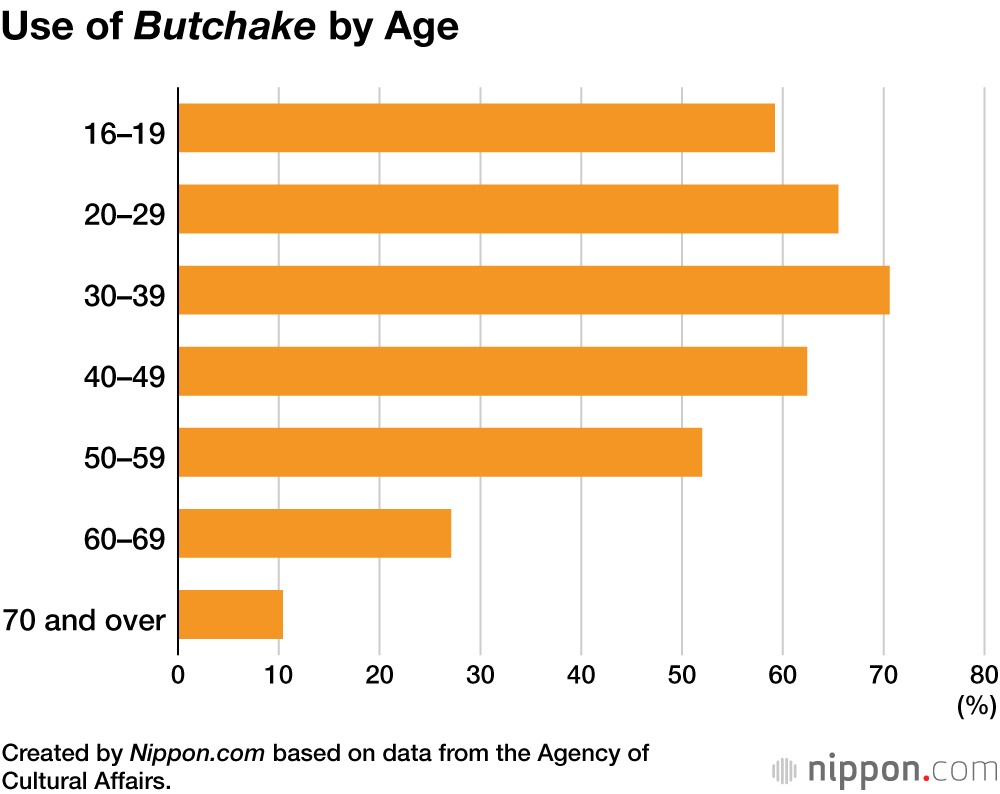 Not all new terms have caught on to the same degree, though. Mieruka, meaning “visualization” or “visual control,” was most common among respondents aged 30 to 59, but only 30% said that they used the word. 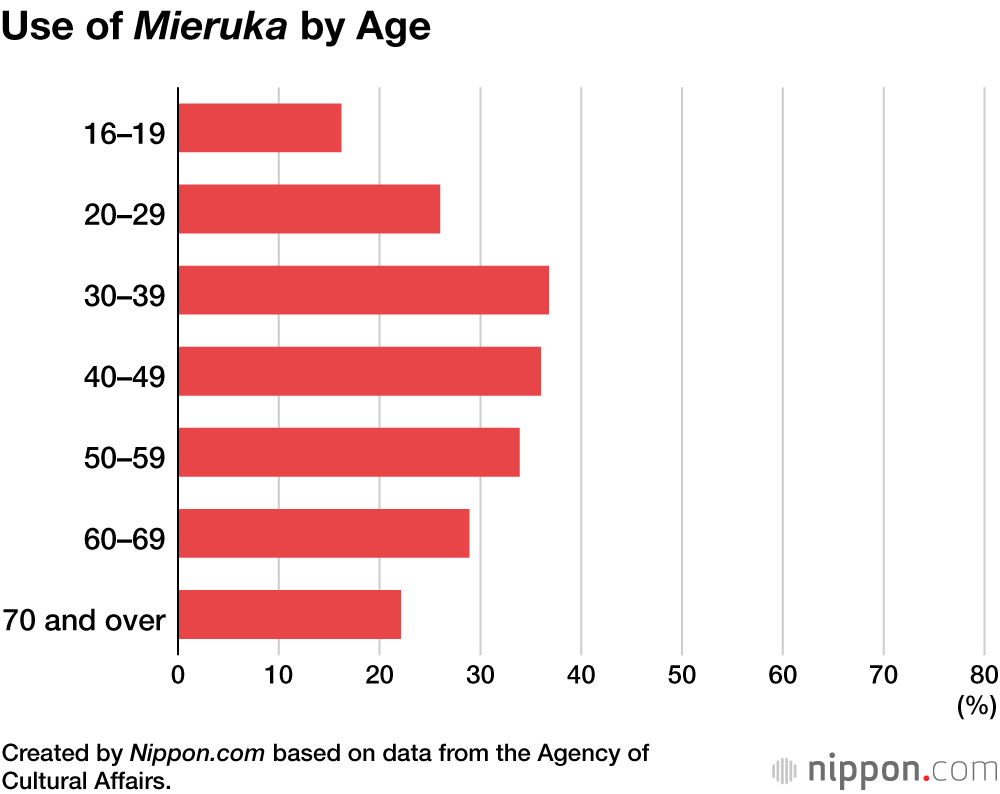 The government mailed questionnaires at random to 6,000 people aged 16 and older and based its results on the answers of the some 3,600 individuals who responded to the survey. The Cultural Agency has tracked changes in language since 1995.