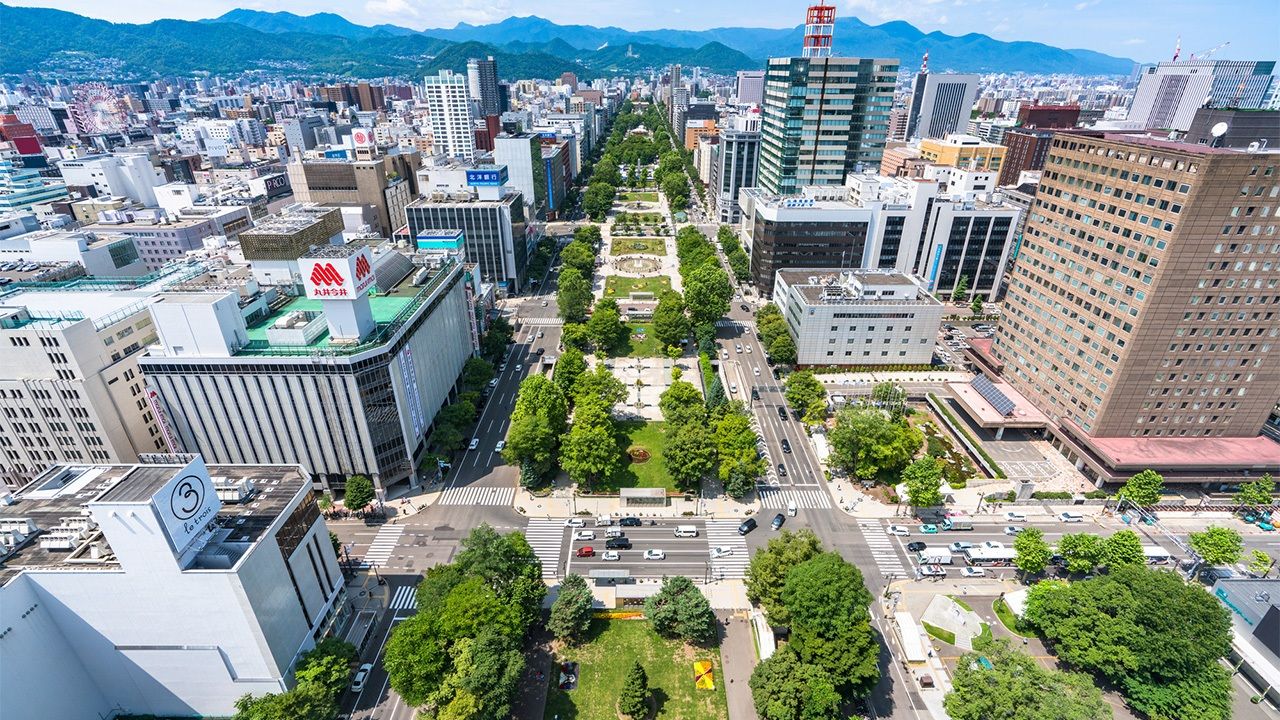 Society Lifestyle Oct 26, 2022
There is an uptick in firms saying goodbye to Tokyo and relocating their headquarters to Osaka and other regional centers, where rents and other costs are lower.

A survey by major credit research company Teikoku Databank shows that 168 companies relocated their headquarters outside of the Greater Tokyo Area (defined as Tokyo, Kanagawa, Saitama, and Chiba Prefectures) in the first half of 2022. By contrast, 124 firms moved to the Tokyo metropolitan area, for a net outward migration of 44 companies.

If the current pace continues through the latter half of the year, it will be the second consecutive year since 2001–2002 that the number of companies relocating outside the capital area will exceed 300. 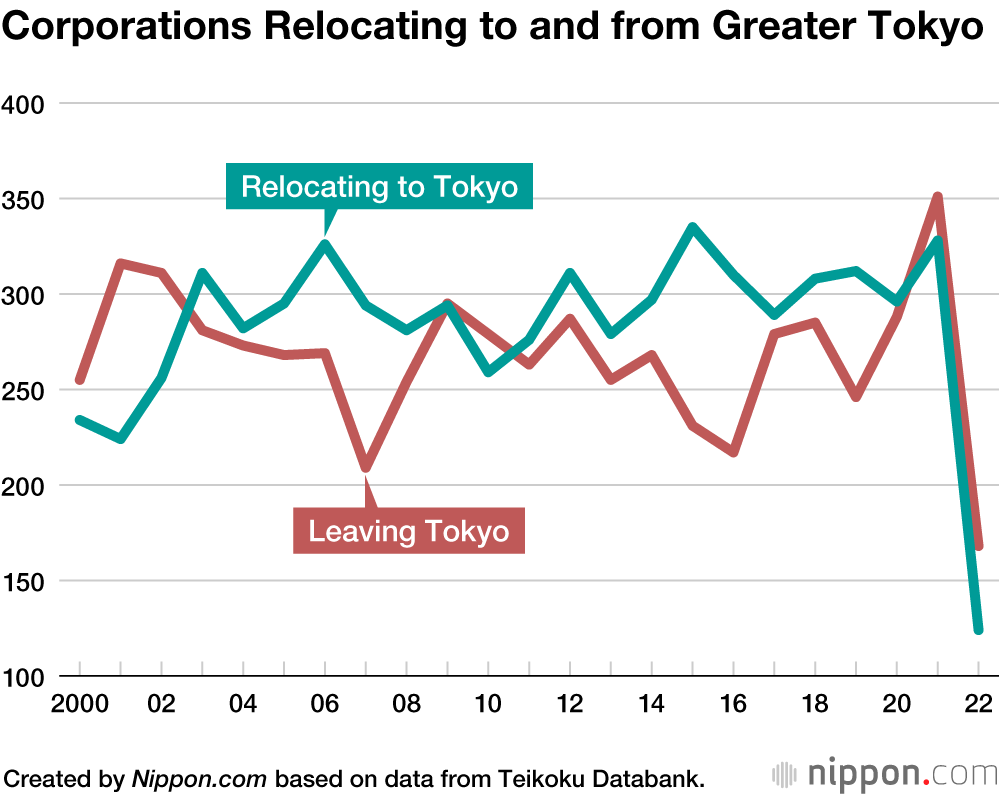 Prior to the COVID-19 pandemic, there had been a long trend of companies moving to the capital. Teikoku Databank attributes this shift in outward migration to decreased sales caused by the pandemic leading many companies to reorganize their operations and move to regions where office rent is more affordable. Moreover, with the spread of remote work and online conferencing, companies are increasingly seeing benefits in relocating their headquarter based on wanting to improve work styles.

The chart below shows the top 10 destination prefectures for corporations relocating from the Tokyo metropolitan area in 2021. 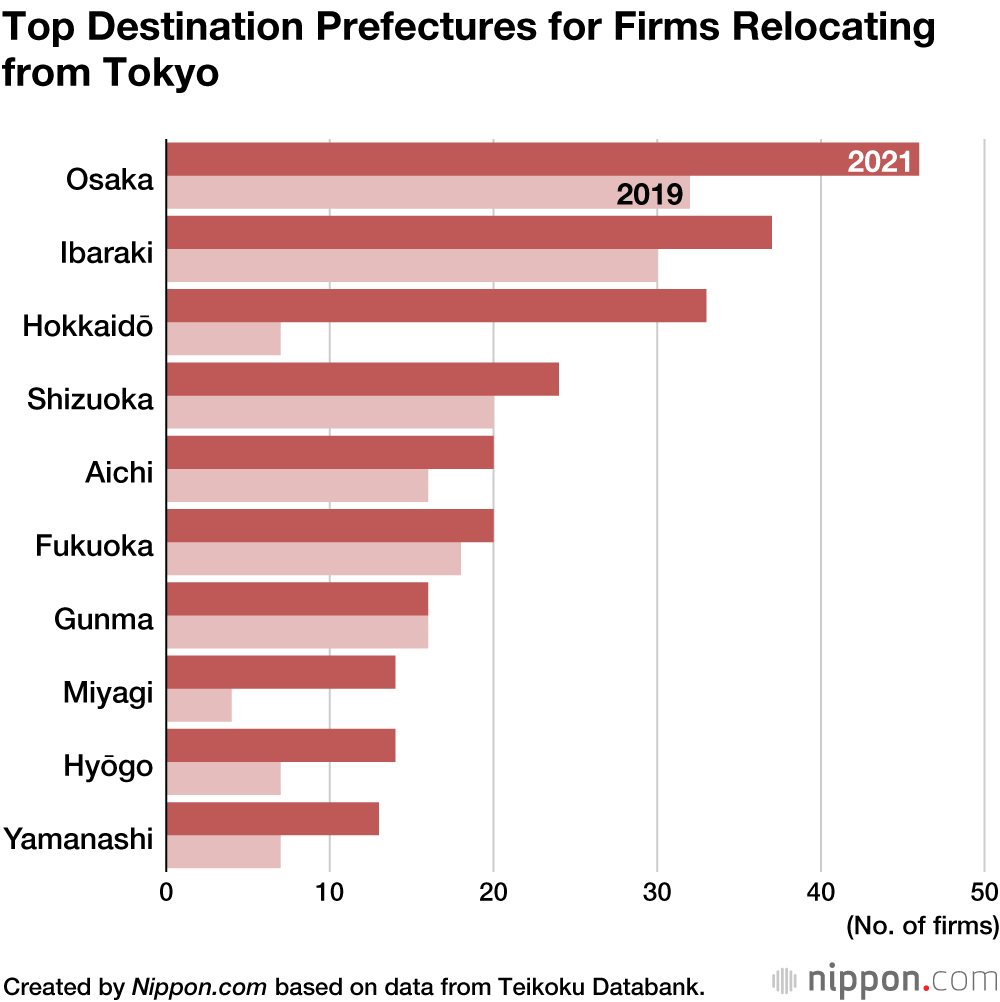 Hokkaidō saw a sharp five-fold increase from 7 companies in 2019 prior to the pandemic to 33 in 2021, pushing the prefecture into third place. Miyagi in eighth place also saw a significant rise over the same period from 4 companies to 14.

Up to now, the majority of corporations moving their headquarter from the Tokyo metropolitan area had relocated to Gunma, Ibaraki, and Tochigi Prefectures in northern Kantō or to large urban centers in prefectures like Osaka and Aichi. However, there has been a rise in companies moving to Japan’s regions. Teikoku Databank believes this indicates that remote work is becoming established, making smaller urban areas and regional cities that are less densely populated strong candidates as destinations for firms looking to relocate.