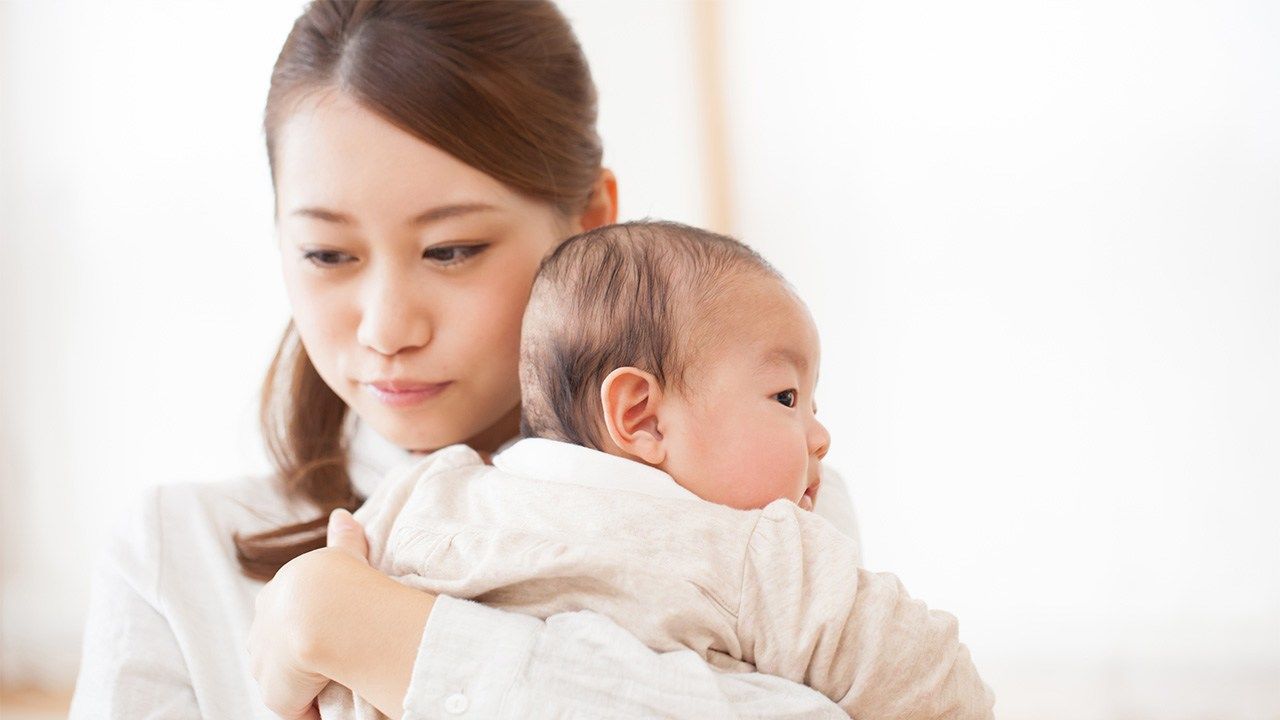 Society Gender and Sex Family Oct 27, 2022
Japan is set to revise an antiquated part of its Civil Code determining paternity and will also do away with a ban on women marrying within 100 days of a divorce.

Japan’s Civil Code retains a provision on the presumed legitimacy of offspring that has been on the books since 1898 and includes the following clauses regulating paternity.

These three rules do not always peacefully coexist, however. For instance, if a woman were to remarry 15 days after a divorce and give birth to a child 280 days after remarrying, the newborn would be considered the child of the new husband under the 200-day rule. But as only 295 days would have passed after the woman’s divorce, the baby would also be considered the child of the former husband under the 300-day rule.

The conflicting rules led authorities to include a provision prohibiting a woman from remarrying within 100 days of a divorce. In this way, the 300-day threshold could be crossed and the paternity of a child clearly determined. 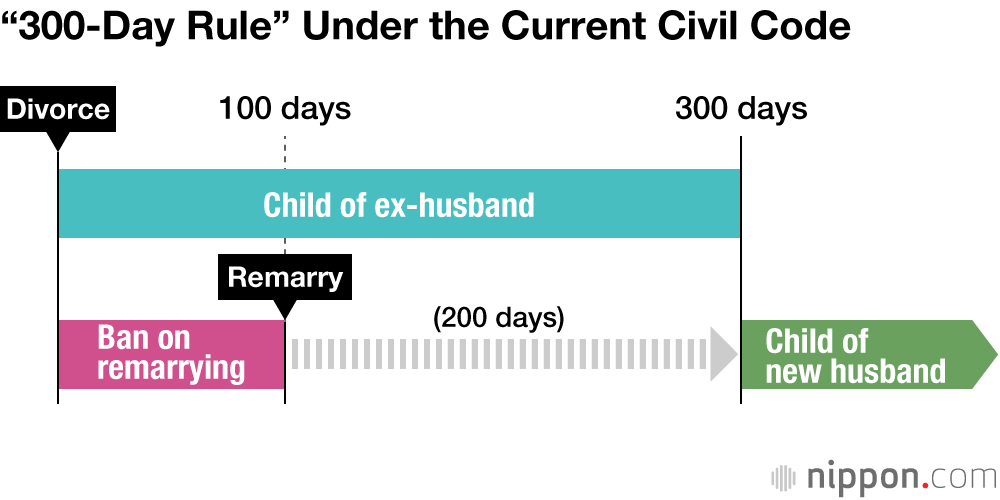 The presumption of legitimacy under the current law is premised on pregnancy only occurring within marriage. However, it ignores cases where a woman becomes pregnant with a new partner during her divorce proceedings or through marriage-ending infidelity.

There are many instances of women knowing that a new partner is the biological father of a child and refusing to register a birth to avoid having the offspring listed under the name of the former husband per current law. This results in a number of problems as the unregistered child is unable to attain a certificate of residence and is cut off from such social services as enrollment in National Health Insurance and schooling.

To address the issue of unregistered children, on October 14, 2022, the Cabinet Office approved draft legislation amending the Civil Code to add an exception to the 300-day provision stating that a child born after a woman remarries is the child of the new husband. The Cabinet aims to pass the revision during the current Diet session. 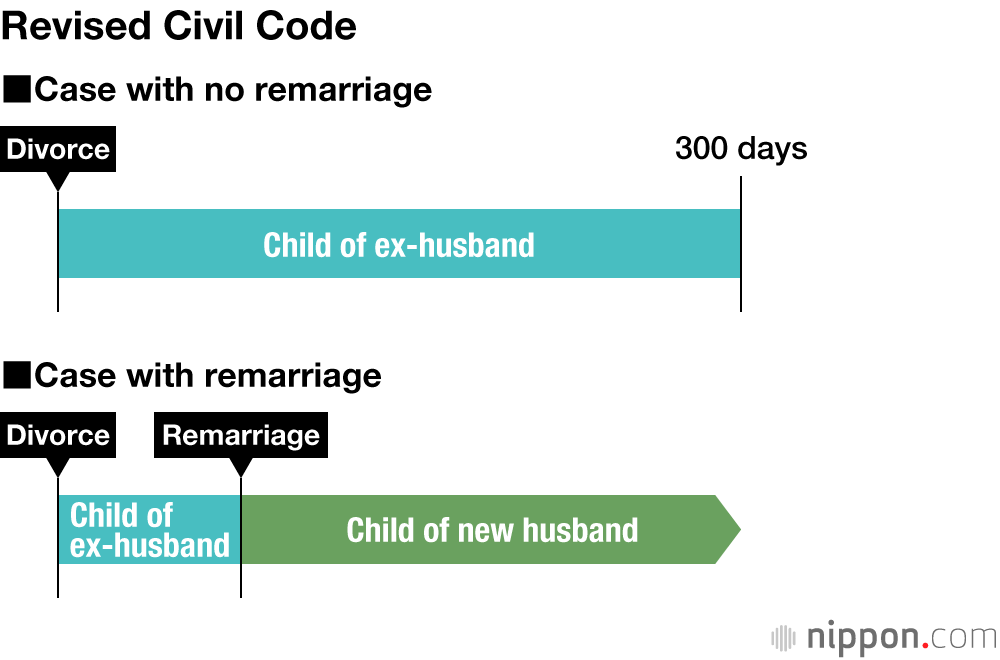