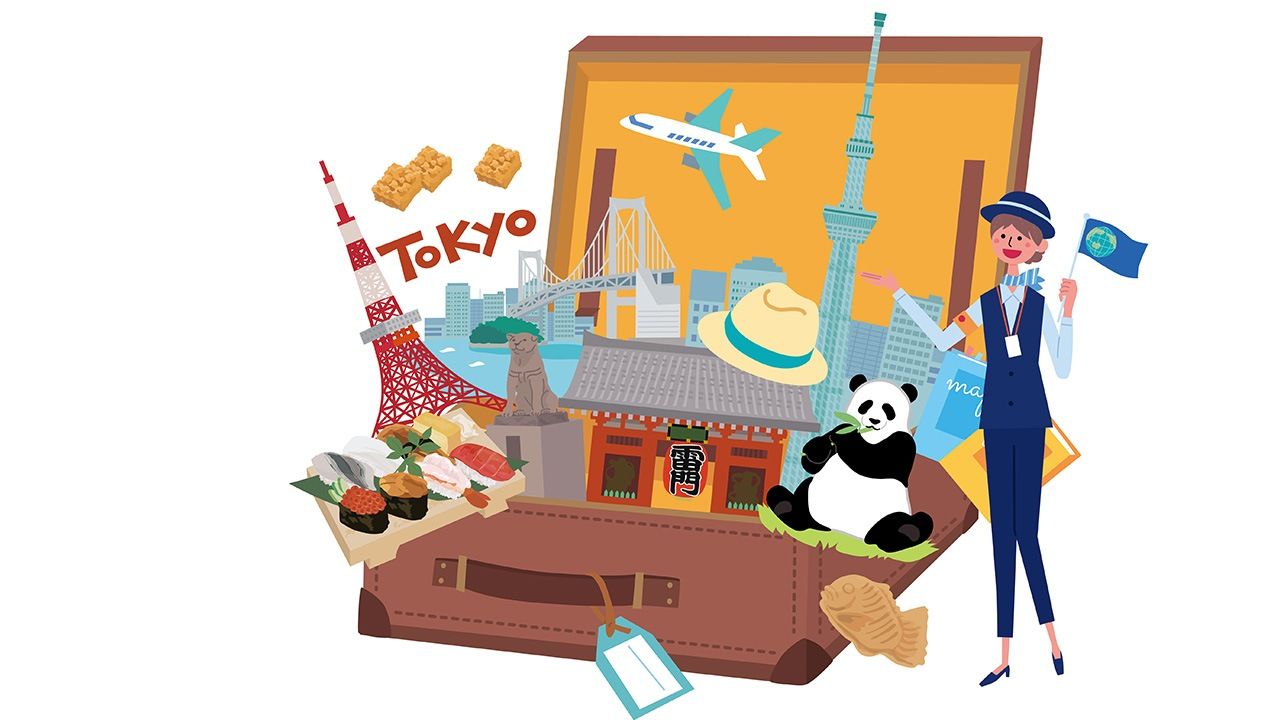 Return of Tourism: Overseas Visitors to Japan Exceed 200,000 in September

International travelers are slowly returning to Japan. The Japan National Tourism Organization estimates that in September, the country welcomed 206,500 overseas visitors. It was the first time the figure has surpassed 200,000 since the start of the COVID-19 pandemic. The largest number of visitors were from South Korea at 32,700, followed by Vietnam at 30,900, the United States at 18,000, and China at 17,600.

The government has gradually eased border control measures since March, and the number of overseas visitors has subsequently increased significantly compared to 2021, when Japan’s borders were almost completely closed. September saw a more than 11-fold increase compared to the same month a year earlier. 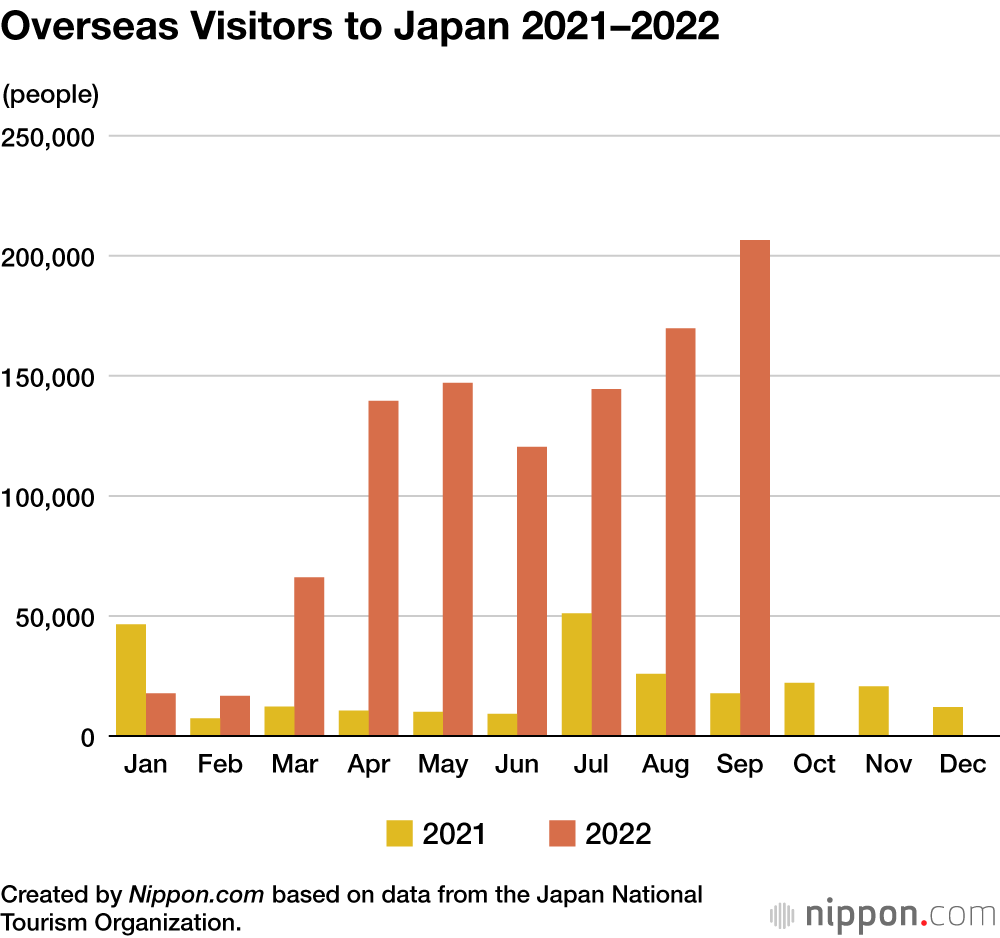 However, tourism has yet to rebound to pre-pandemic levels. While September numbers were up, they were still 90.9% lower compared to figures for the same month in 2019 when inbound demand was thriving.

In June, the government began to accept tourists, but only on strict group tours accompanied by guides. In September, it raised the daily limit on the number of people who could enter Japan to 50,000, and from October 11 it lifted the limit entirely along with the ban on individual and visa-free travel in a near return to pre-pandemic circumstances.

The easing of border restrictions has coincided with the rapid depreciation of the yen, which has worked to make Japan a more affordable option for many foreign tourists. Experts predict that the number of overseas visitors will continue to climb in the months ahead. 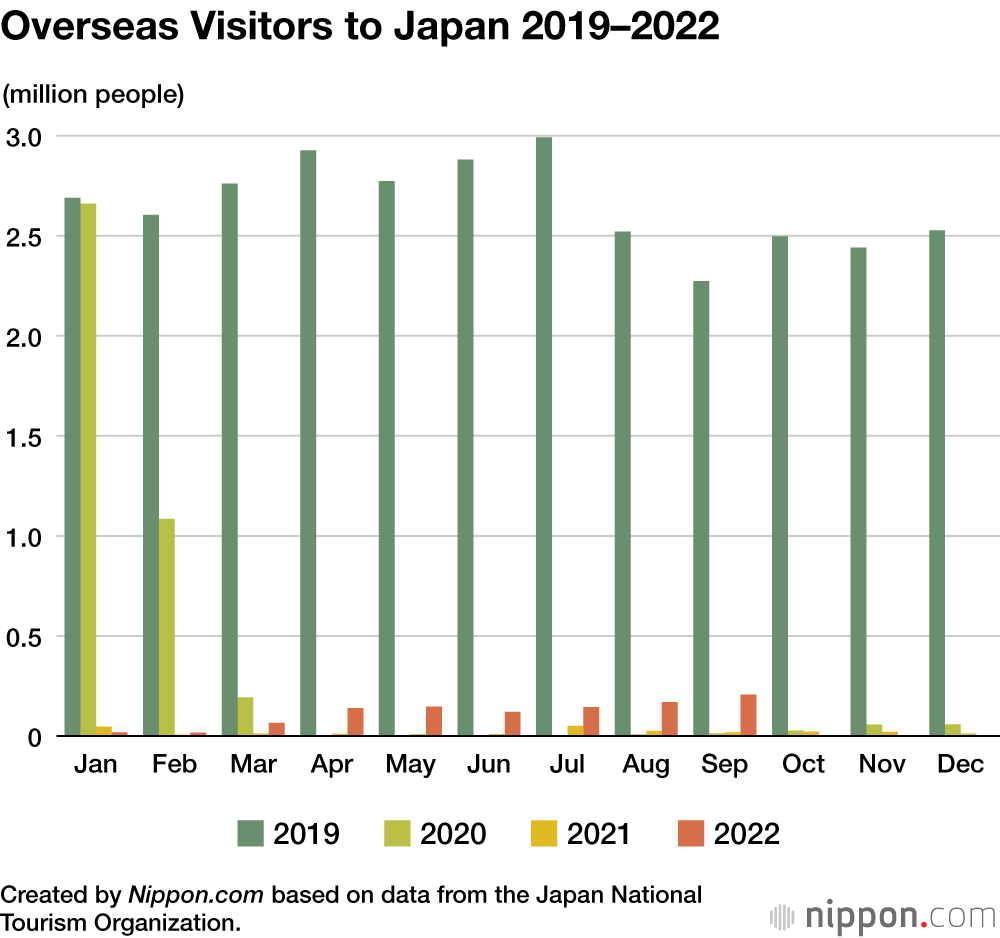