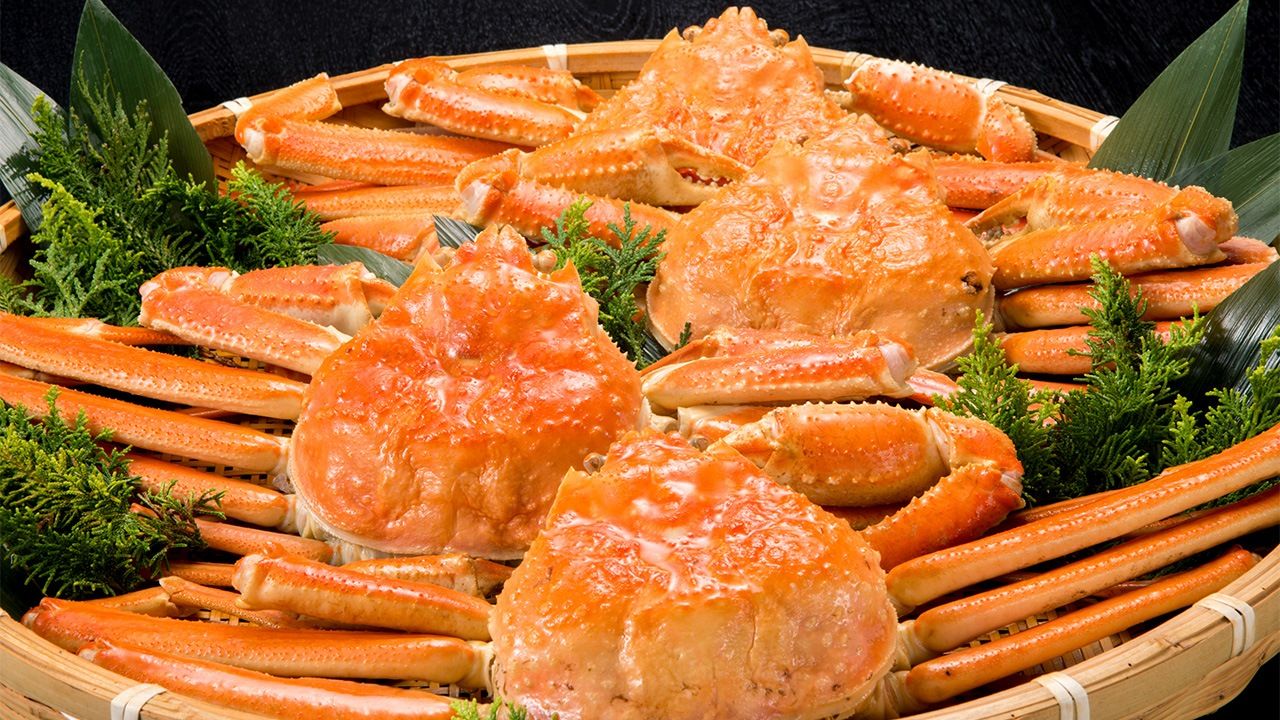 Discriminating Tastes: A Look at Japan’s Many Snow Crab Brands

Food and Drink Guide to Japan Nov 4, 2022
Succulent zuwaigani (snow crab) is a winter delicacy in Japan. The crustaceans are sold under a slew of brand names depending on where they were caught, with a select few enjoying wide consumer recognition.

The fishing season for zuwaigani (snow crab) gets underway in the waters of the Sea of Japan in early November. The crustaceans fetch lavish prices, and to protect their bottom line fishermen tag their catches to verify where they were caught and landed. This has produced a wide variety of regional brands.

Hankyū Travel International recently conducted a survey on consumer recognition of the different trade names for zuwaigani. The two top brands were Echizen-gani and Matsuba-gani, which were recognized by 75.0% and 67.0% of respondents, respectively. Far behind in third and fourth were Kasumi-gani at 20.3% and Taiza-gani at 14.3%.

Although places of origin may differ, one thing that all the brands have in common is that the snow crabs are male specimens of either zuwaigani or beni-zuwaigani (red snow crab). 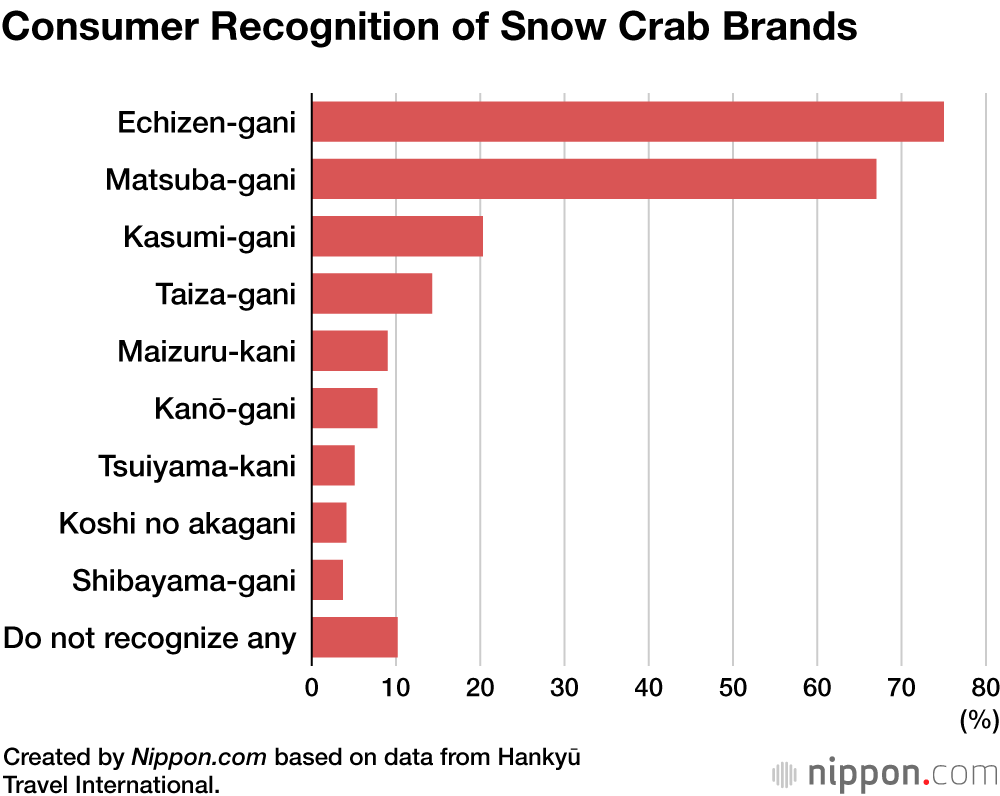 Snow crabs landed at fishing ports in Fukui Prefecture, the north of which was once Echizen Province. As one of the top brands of zuwaigani, they command high prices.

Snow crabs originating at ports in Tottori and Shimane Prefectures in the San’in region. The name, meaning “pine needles,” alludes to the crabs’ long, slender legs.

Red snow crabs from Kasumi on the Japan Sea coast in northern Hyōgo Prefecture. The fishing season for this variety is longer than for Matsuba-gani, lasting from September to the following May, and catches tend to be greater, making them a more affordable option than other brands of zuwaigani.

Snow crabs from Ishikawa Prefecture. The name is taken from the first characters in the names Kaga and Noto, places in the south and north of the prefecture, respectively.

The survey also polled people on their preferred way of eating snow crab. The most popular manner was boiled, selected by 41.7% of respondents, followed by sashimi at 17.1%. Regionally, deep-fried zuwaigani was relished in Shizuoka, Aichi, and Mie Prefectures, but had few enthusiasts outside the Tōkai area. 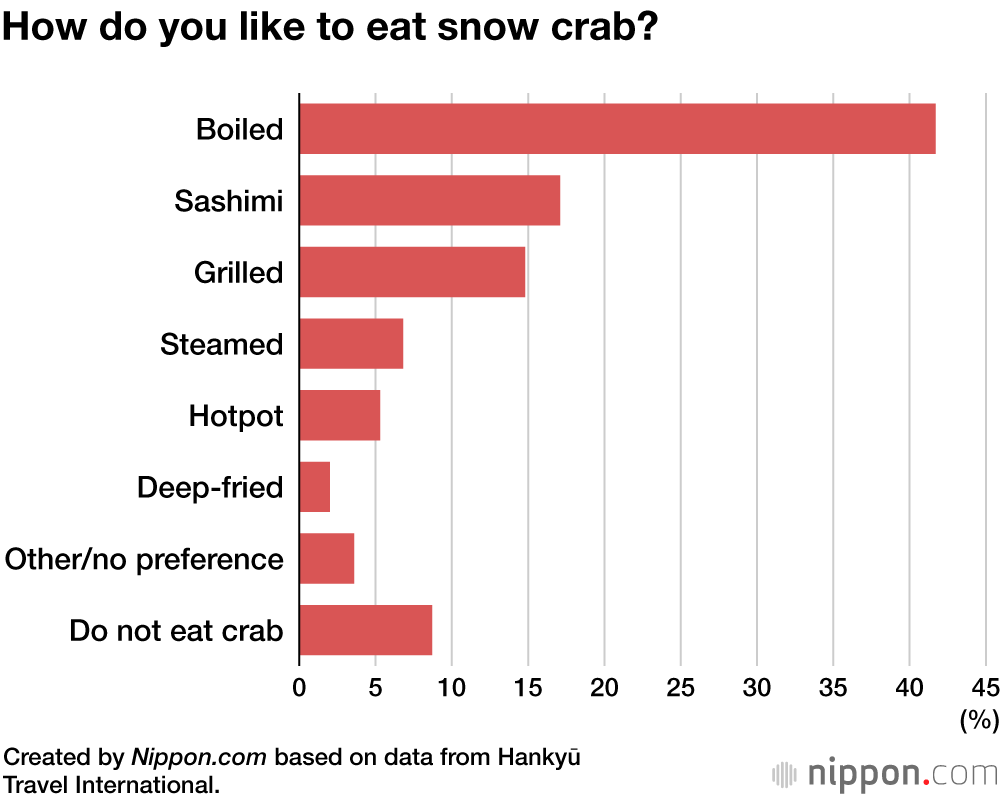 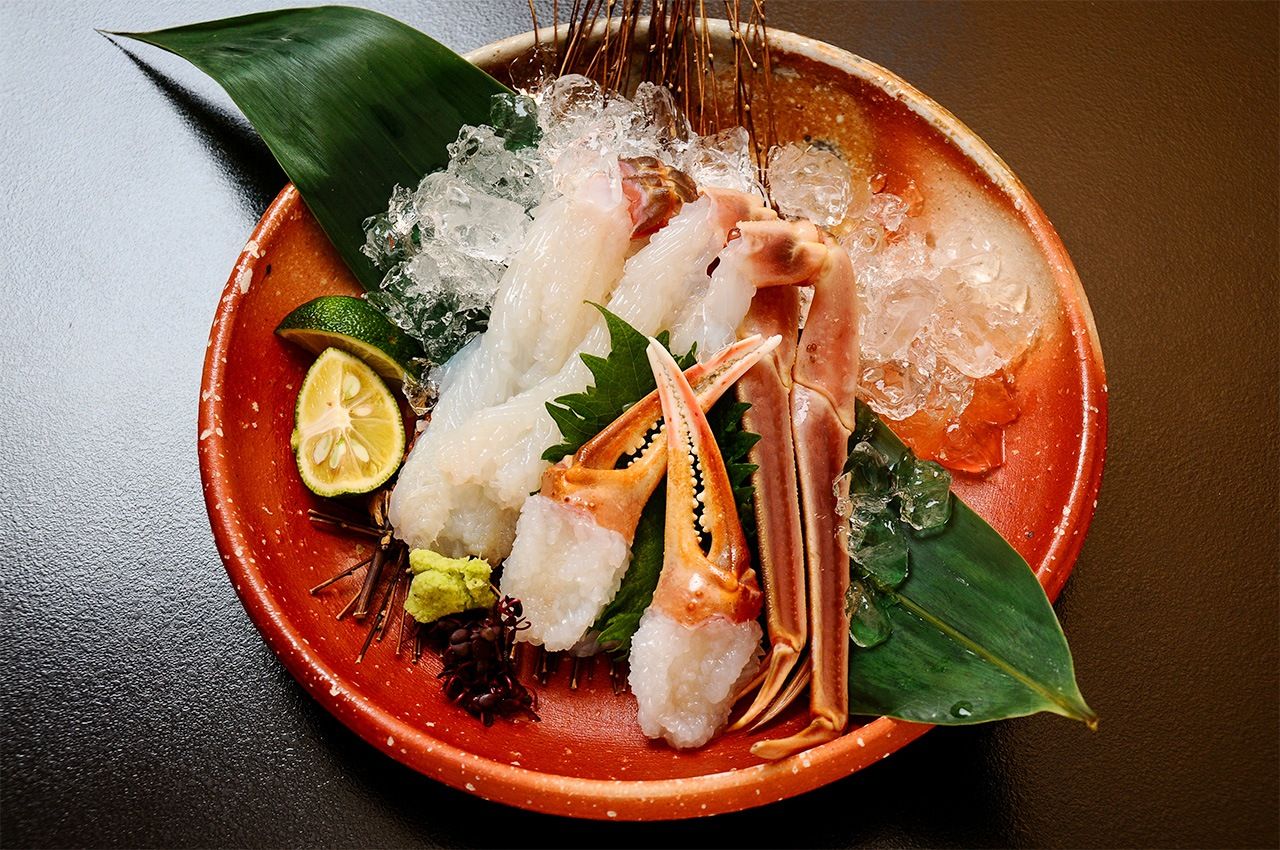