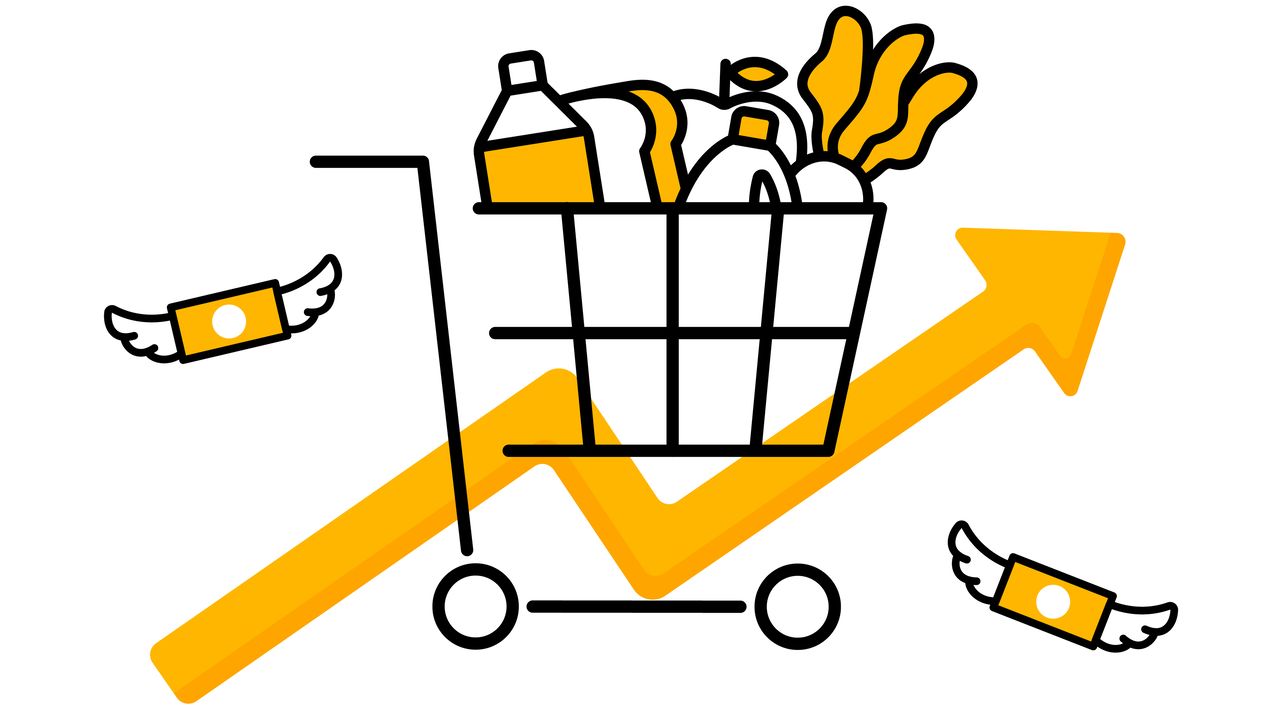 Economy Society Oct 25, 2022
Japan’s consumer price index rose by 3.0% while the yen continued to weaken against the US dollar, putting additional upward pressure on energy costs and food prices.

The September 2022 National Consumer Price Index (2020=100) released by the Ministry of Internal Affairs and Communications showed that the composite index (excluding fresh food) rose year on year by 3.0% to 102.9. Excluding fiscal 2014, which was affected by the consumption tax increase to 8%, the index was at its highest level since the 3.0% rise in August 1991. Along with the surge in energy prices since Russia’s invasion of Ukraine, the depreciation of the yen has pushed up the prices of imported goods.

Overall food prices rose a half point from August to 4.6% as the weakening yen drove up import costs for energy and ingredients. In particular, bread rose 14.6% and cooking oil 37.6%, while the price of popular fried chicken dish karage jumped 11.3%.

Energy-related items rose by 16.9% overall, including increases of 21.5% for electricity and 25.5% for natural gas. 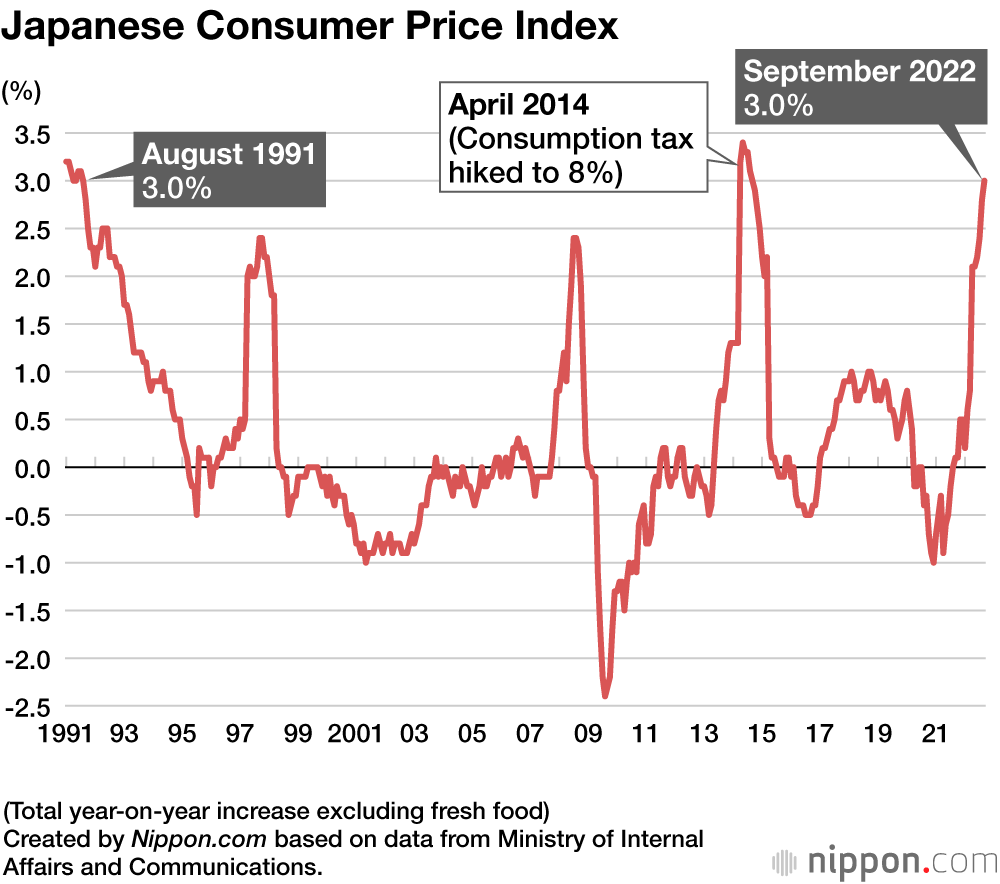 The consumer price index has been rising for 13 consecutive months. September was the sixth consecutive month the index has exceeded the 2% inflation target set by the government and the Bank of Japan. However, the rise in prices is not due to increased demand against the backdrop of a booming economy, and coupled with the fact that wages have not increased to offset growing inflation, experts are wary that a drop in consumption may push the Japanese economy into a depressionary cycle as households tighten their budgets.