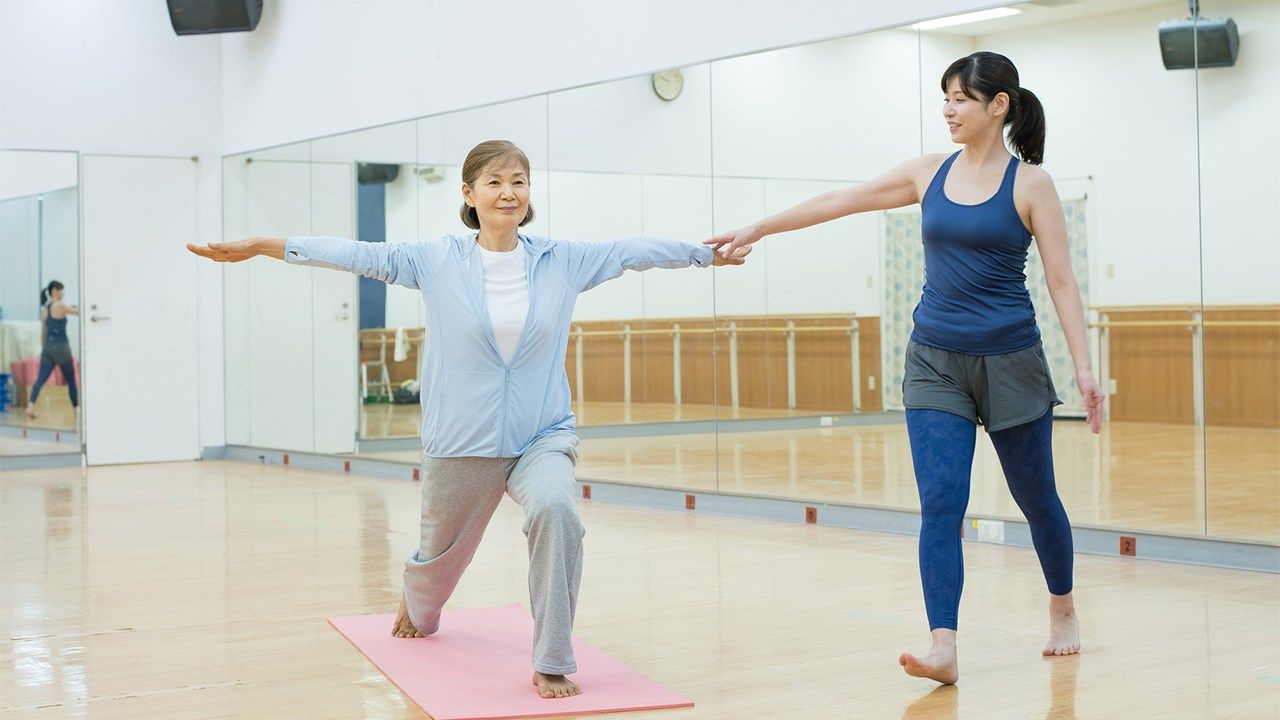 Sports Society Nov 22, 2022
A survey by the Sports Agency found that there has been a trend toward decreasing physical fitness among Japanese women in their forties and fifties.

The results of Japan’s Sports Agency’s fiscal 2021 survey on physical fitness and exercise show that among girls and women, overall scores on physical fitness tests have increased compared to 10 years ago for children to those in their early thirties and for those in the late fifties to seventies. In stark contrast, the scores fell significantly among women in their forties and early fifties. Setting the result from 2012 at “100,” the result for fiscal 2021 is 95.6 for women age 40 to 44, 95.7 for women age 45 to 49, and 96.8 for women age 50 to 54.

The result in 2021 for men in the same age groups was 100.6, 98.0, and 98.9, respectively, highlighting the decline in fitness among their female counterparts. Experts involved in compiling the survey suggested that the difference may be due to the fact that women in those age brackets are busy with their jobs, housework, and child-rearing, and that there are insufficient settings for casual exercise among women in particular. 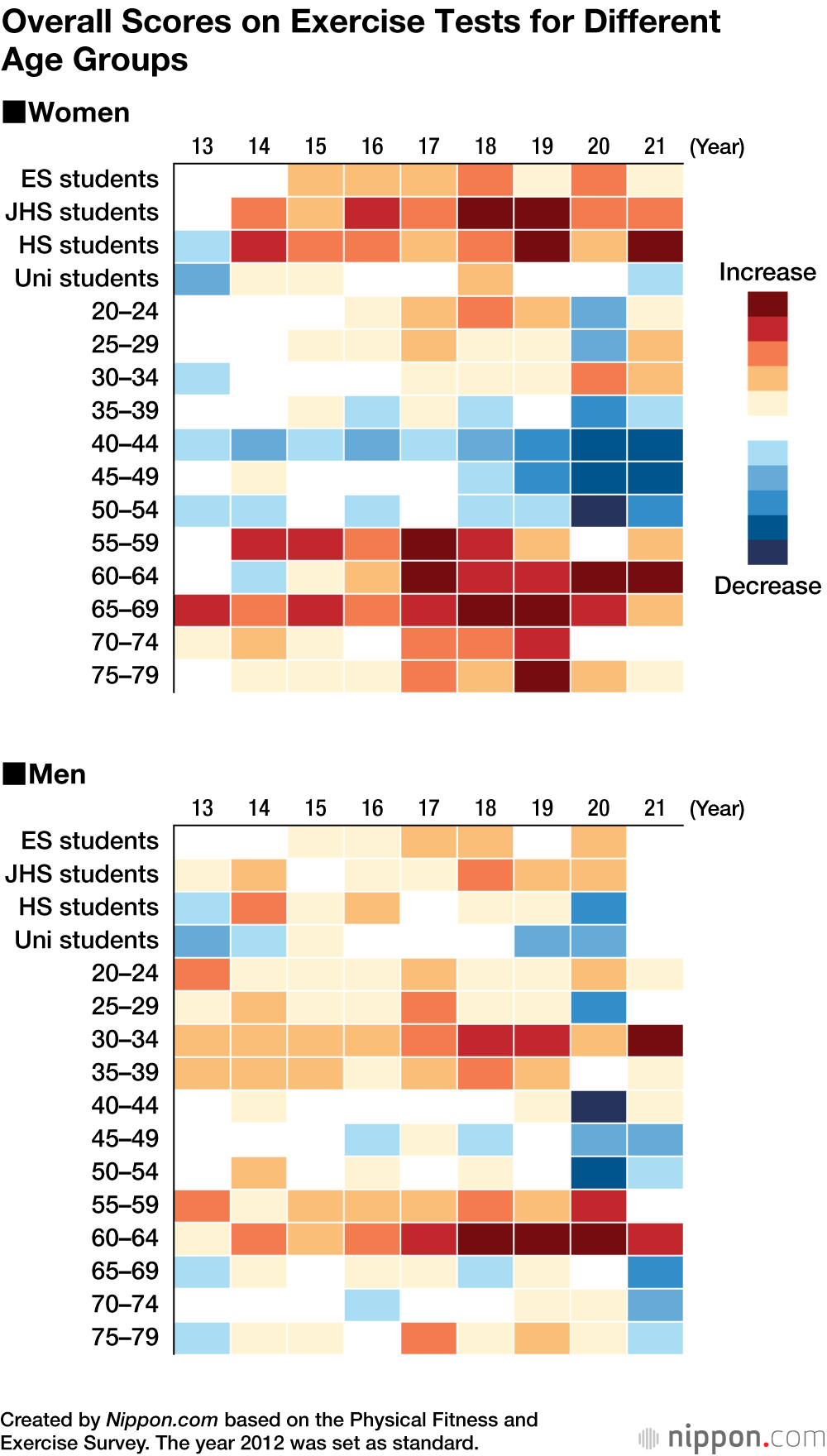 When the results of the 2021 physical fitness tests are compared to 2019, just prior to the COVID-19 pandemic, no clear overall trend emerges, as some age groups improved in physical fitness while others declined.

The table below shows a heatmap of exercise habits for each age group based on whether individuals exercise at least once a week. The results show that relatively few working-age women exercise, as shown in blue, and that the number of those who do has decreased compared to 10 years ago. 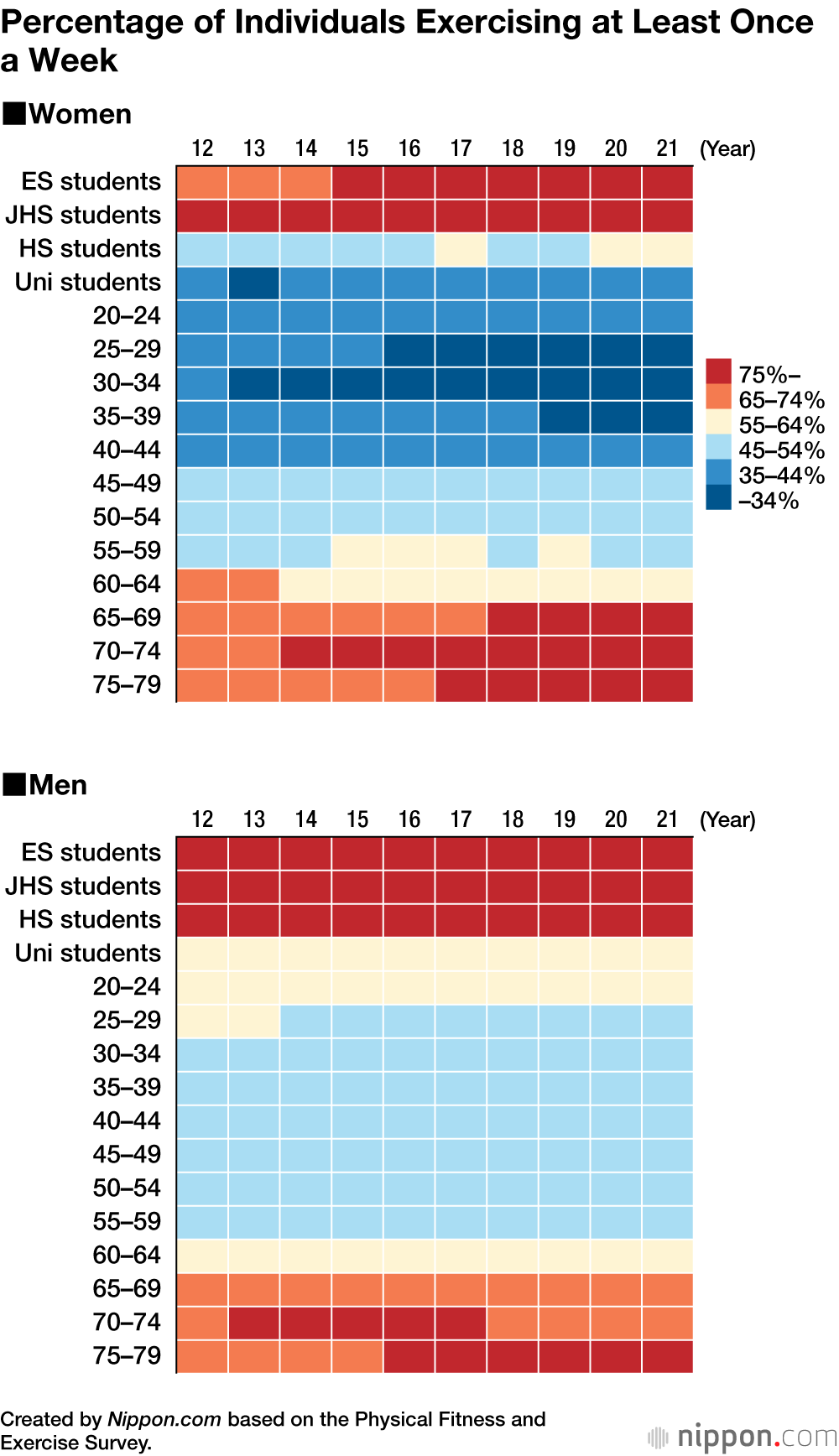 The survey was conducted from May to October 2021, targeting 48,000 persons nationwide aged 6 to 79. In addition to conducting physical fitness tests in six to eight different categories for young people (6–19 years old), adults (20–64 years old), and seniors (65–79 years old), the survey examined the participants’ exercise habits.