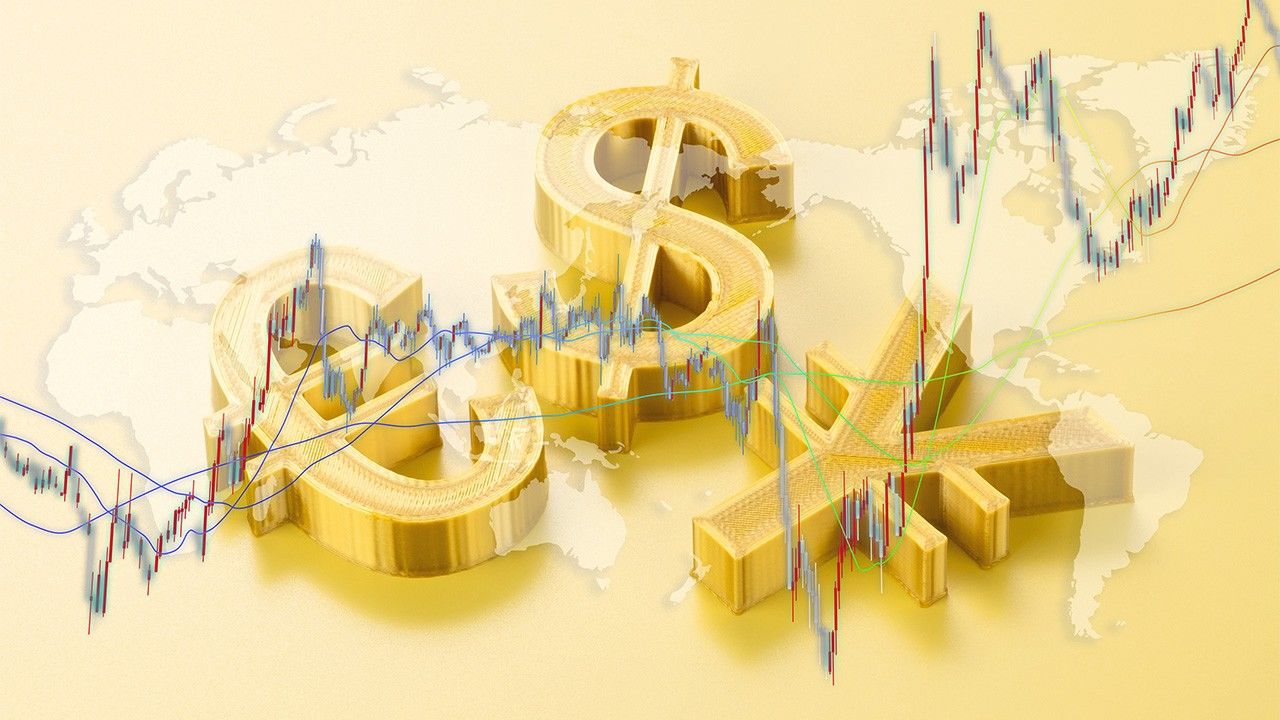 Economy Society Nov 10, 2022
October saw Japanese foreign exchange reserves drop another 3.5% to $1.19 trillion as the government continues its yen-buying spree in a bid to shore up the currency.

Japan’s Ministry of Finance announced that the country’s foreign exchange reserves were $1.194 trillion (around ¥176 trillion) at the end of October 2022, down $43.4 billion (about ¥6.4 trillion) from September. The decline is the result of the government intervening in the foreign exchange market by buying yen and selling dollars, along with losses on valuation of foreign bonds due to rising US interest rates. October marked the third straight month of decline, which at 3.5% was the second largest on record following September’s 4.2% decrease.

Among foreign exchange reserves, foreign bonds and other securities decreased by $43.9 billion (around ¥6.5 trillion) to $941.3 billion, nearly equivalent to the overall decline. According to the Ministry of Finance, the government spent ¥6.35 trillion on foreign exchange intervention between September 29 and October 27, raising the possibility that it bought yen with cash converted from US Treasury bonds. At the same time, foreign currency deposits increased by $900 million from the end of September to $137 billion. 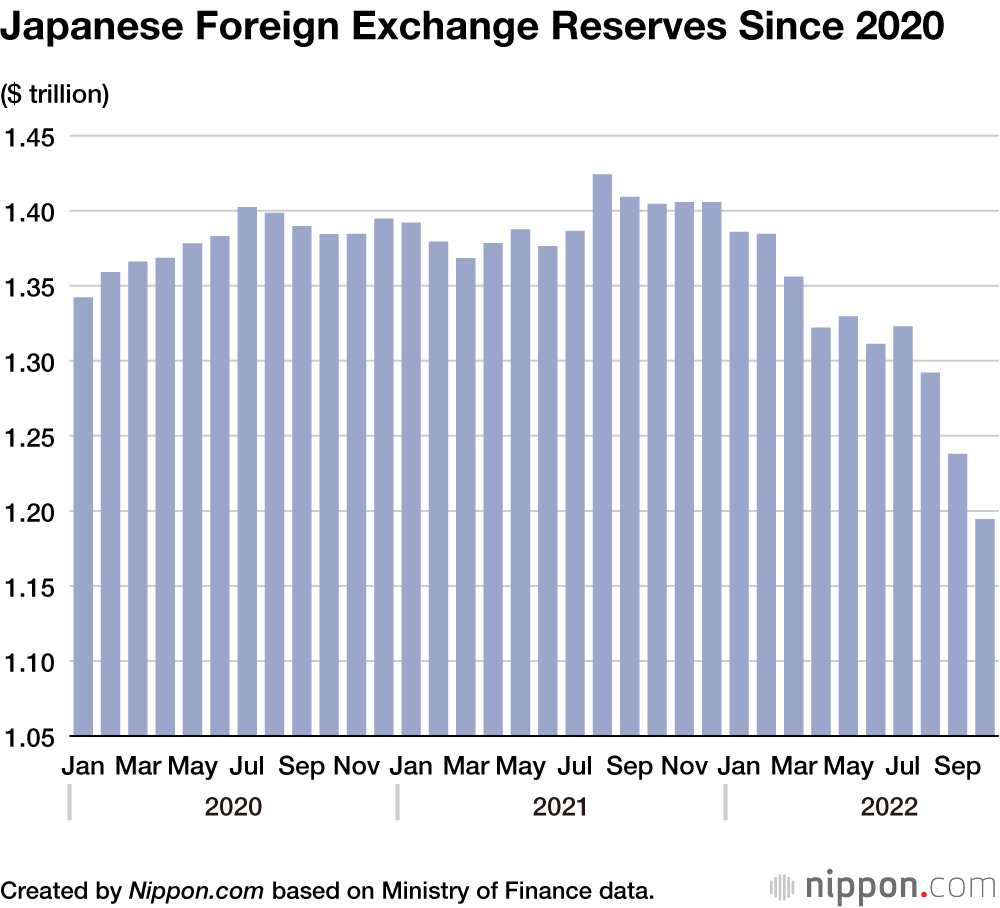 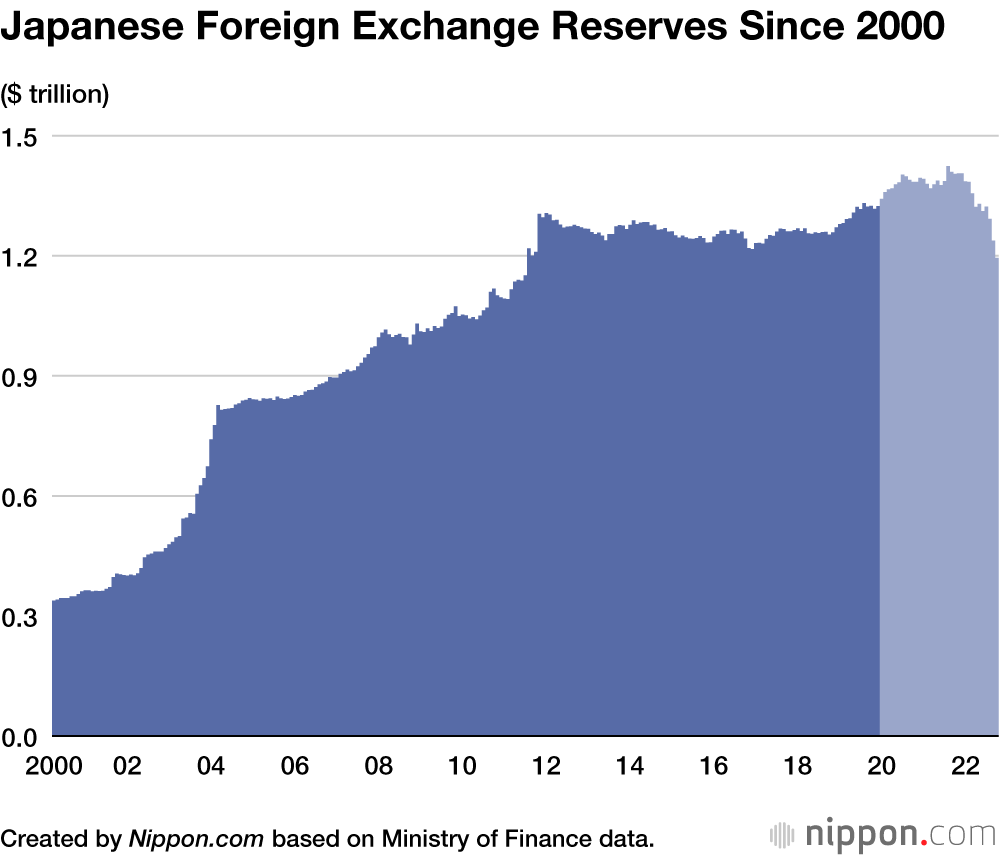