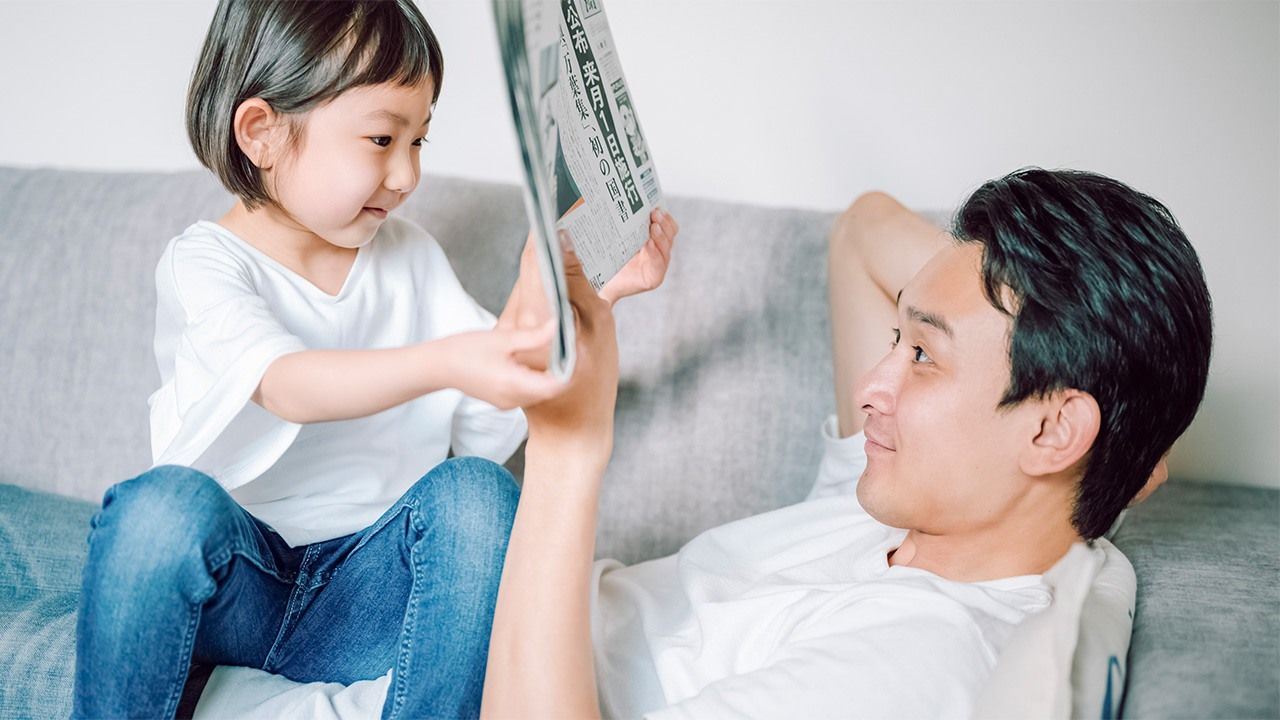 Newspaper Subscribers on the Wane in Japan

A survey conducted by the Japan Press Research Institute targeting 5,000 people nationwide found that the monthly home subscription rate for newspapers among respondents was 58.3%, falling below 60% for the first time. In contrast, the rate in 2008, when the survey was first conducted was 88.6%. In other words, it has fallen by more than 30 percentage points in less than 15 years.

The use of smartphones has spread rapidly since 2007, when Apple released its first iPhone, and since then the device has increasingly been used as a key information terminal. Meanwhile, the print newspaper subscription rate has steadily declined.

When asked about their future plans, the largest segment of respondents, at 47.2%, said they would continue to read print newspapers, while 27.5% said that they would not subscribe to a newspaper because they can be read for free at the library or on the internet, and 13.6% said that even if a newspaper were free of charge they would not read it. 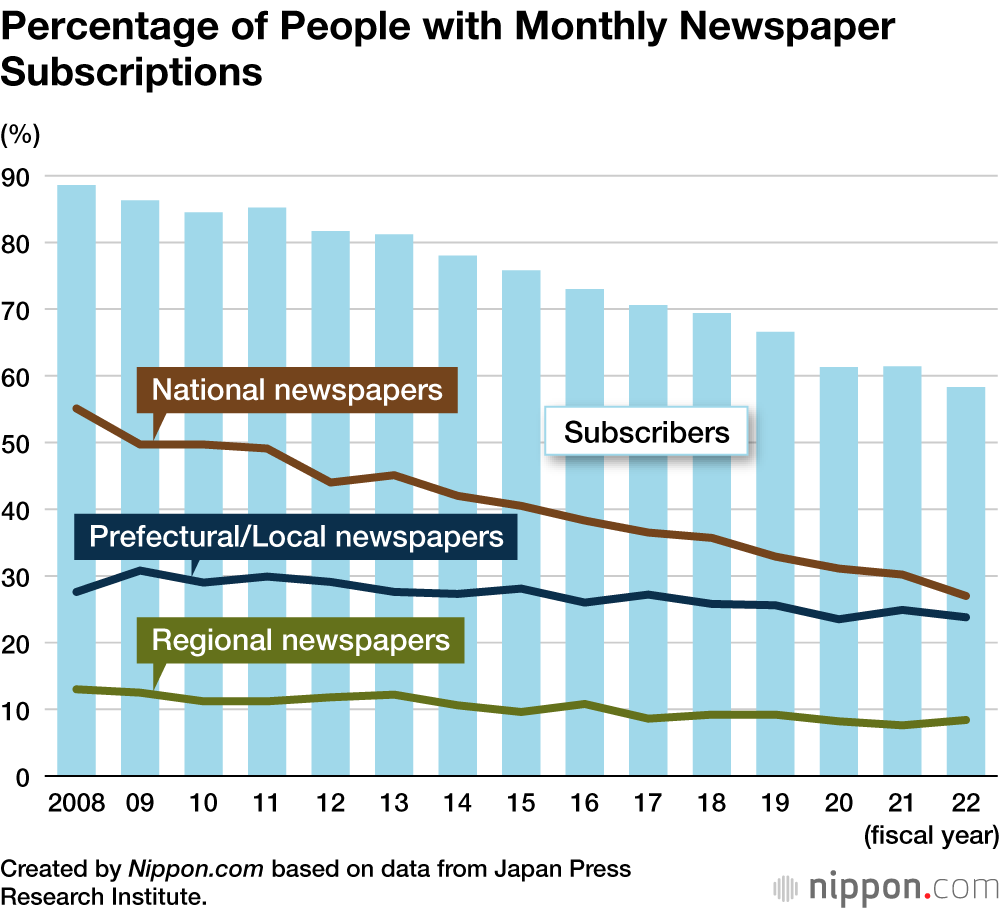 When asked to rate how much they trust information from various types of media on a scale of 100 points for “fully trust,” 0 points for “do not trust at all,” and 50 points for “normal,” NHK television news came out on top, at 67.4 points (compared to 69.0 in the previous survey), followed closely by newspapers, at 67.1 points. Meanwhile, the online news that is gradually replacing newspapers as a source of information averaged 48.9 points among the survey respondents. 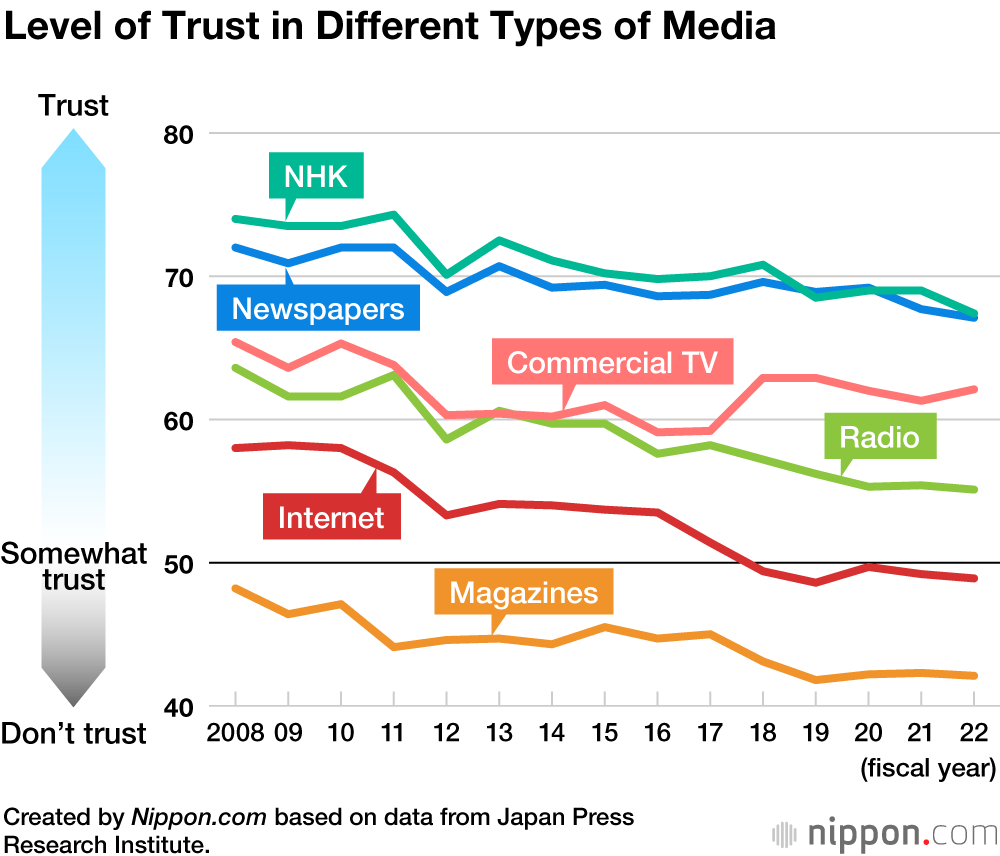 The survey was conducted between August and September 2022. To avoid bias toward specific media users, the survey participants were chosen through a random sampling based on the Basic Resident Registry, with 2,993 respondents among the 5,000 people 18 or older targeted nationwide.