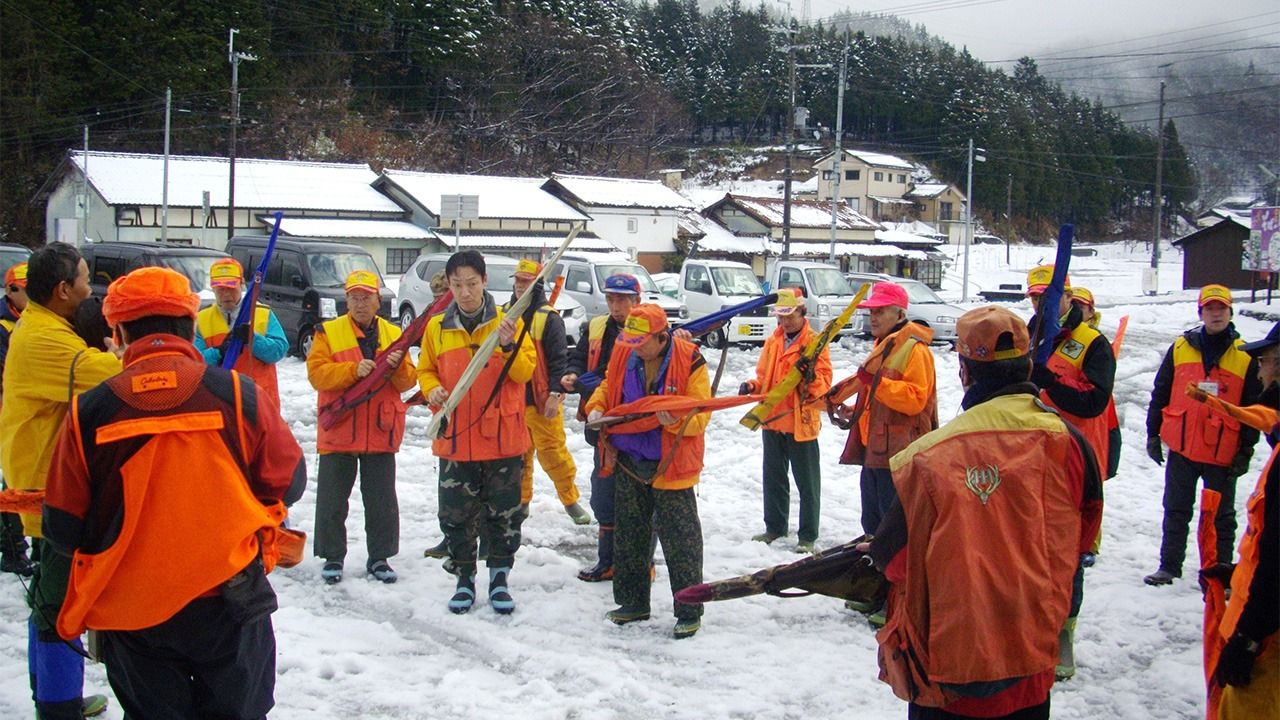 Society Environment Dec 13, 2022
An overview of hunting in Japan, including the rules, the number of people engaged in hunting, and the number of animals caught.

Japan’s hunting season for 2021–2022, in principle, runs from November 15, 2021, to February 15, 2022 (or October 1 to January 31 in Hokkaidō). The daily life of mountain villages is intertwined with hunting, and wild game constitutes an essential part of the traditional food culture of each region. At the same time, every year there are injuries and fatalities resulting from accidental gunshot wounds, so climbers and hikers need to take extra precautions during hunting season, such as avoiding hiking on routes other than ordinary mountain trails.

There are four kinds of mandatory licenses for different forms of hunting: with a rifle or shotgun, with an air rifle, with traps, or with nets. Hunters must also register in the prefecture where they intend to hunt. In addition, anyone who engages in gun hunting must obtain a permit to use a firearm.

The number of hunting license holders in the 1970s exceeded 500,000, but by around 2000 that number had declined to roughly 200,000. Since then, the number has remained roughly the same. The population of hunters has been aging in recent years, so that nearly 60% of license holders are now over 60 years old. 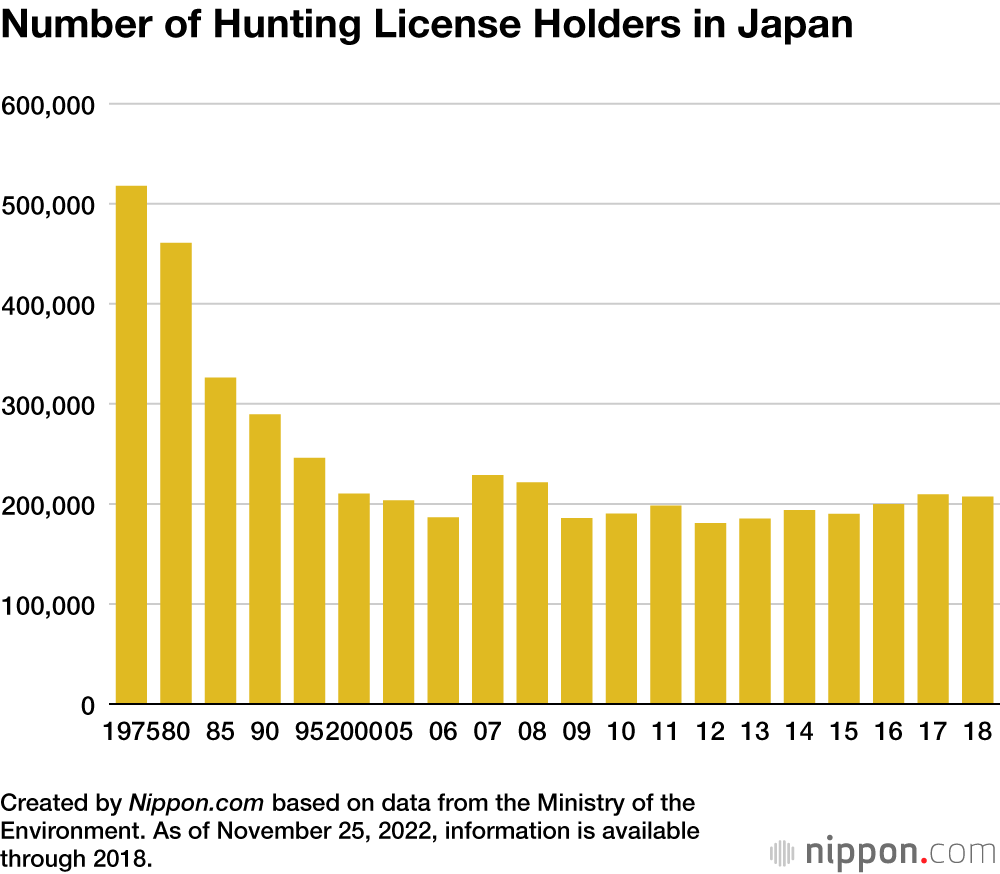 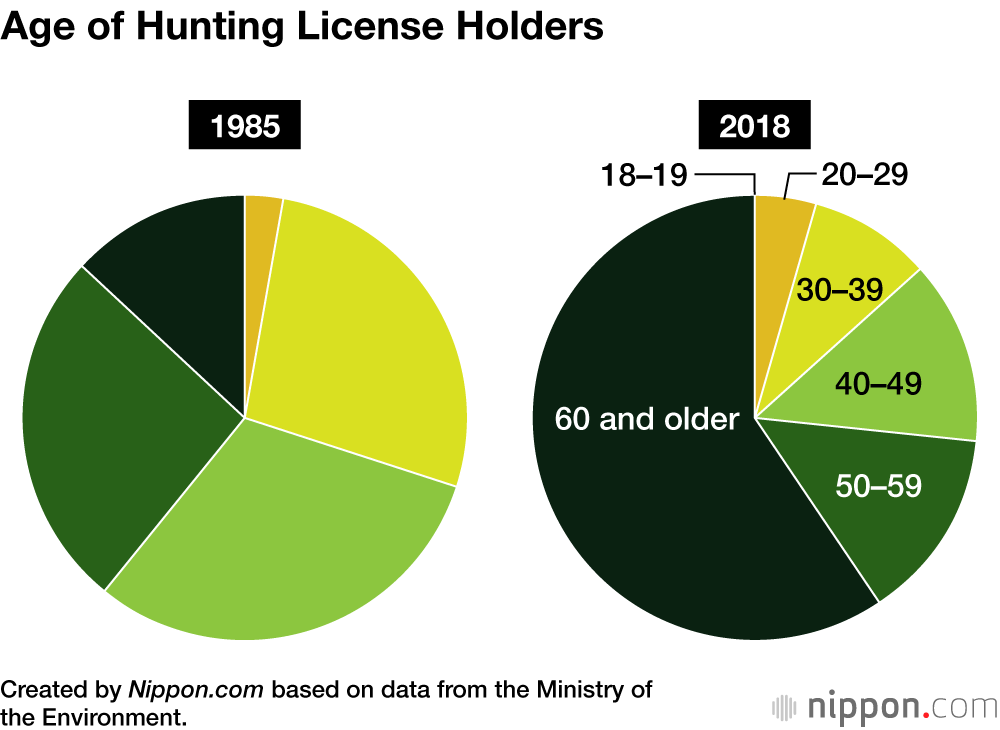 Faced with increasing crop damage caused by birds and animals, the central government and local governments are focusing on training and securing new hunters by providing support and easing regulations.

Hunting in Japan used to center on pheasants, ducks, and other wild birds hunted for meat. Today, however, it focuses on larger animals such as wild boars and deer, which are causing damage to crops. According to the Ministry of the Environment, 528,600 wild boars and 725,000 deer were captured or killed in fiscal 2021, including activities by local authorities. There were also 4,500 bears captured or killed. 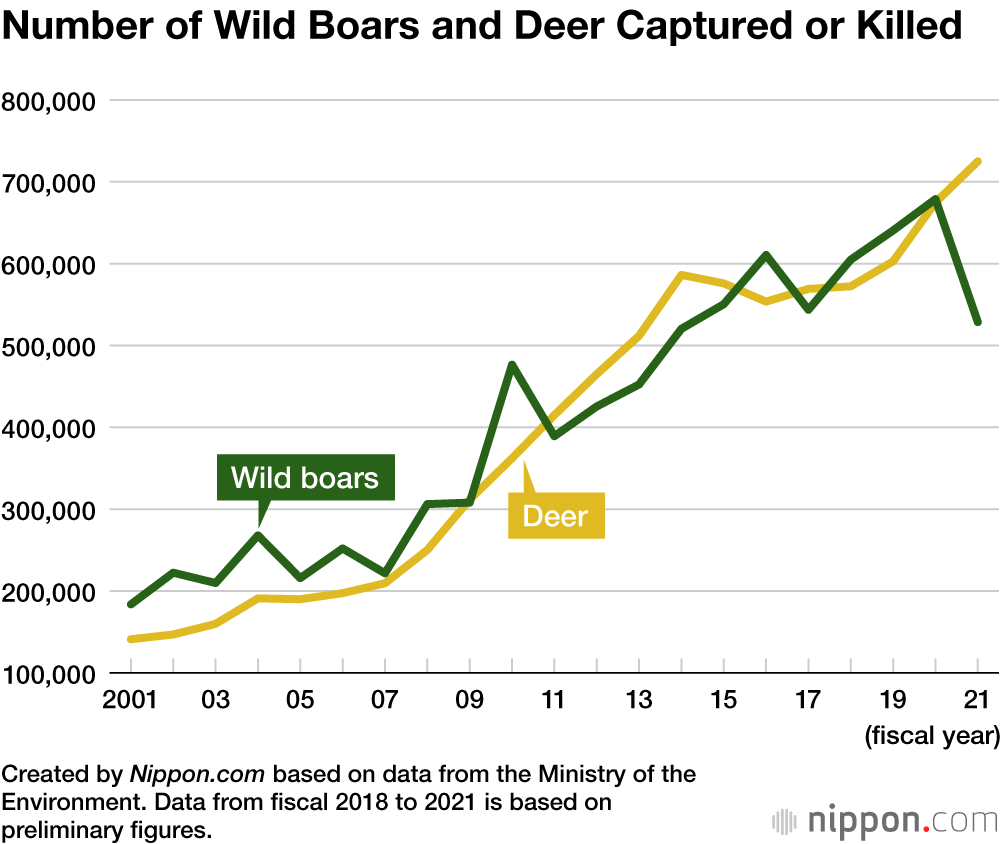 The government has set a policy goal for fiscal 2023 of halving the population of wild boars and deer compared to the fiscal 2011 total of 4.1 million. A system is also being introduced by the central government together with prefectural and municipal governments to offer incentive payments of ¥20,000 per wild boar and ¥25,000 per deer culled.