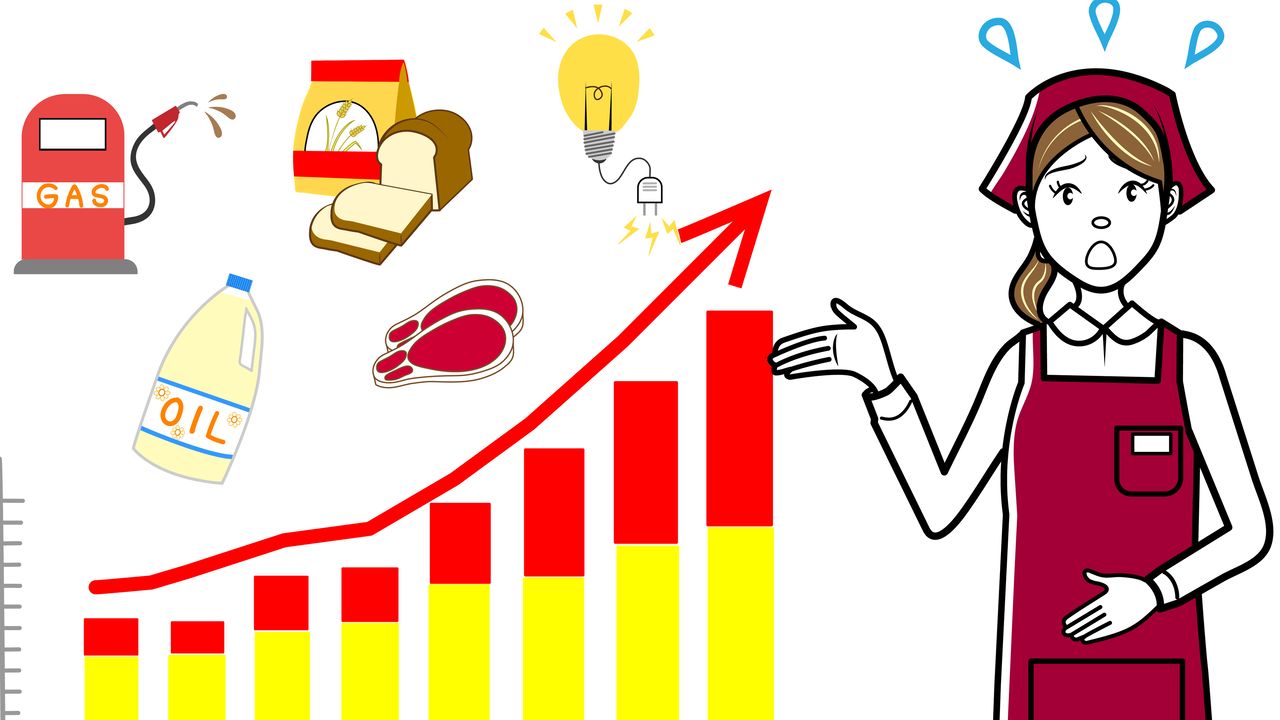 Japan’s composite consumer price index (excluding fresh food) for October 2022, released by the Ministry of Internal Affairs and Communications, rose by 3.6% year on year to 103.4 (2020=100). Exceeding increases at the time of the introduction of consumption tax and subsequent tax hikes, this was the highest rise since February 1982, when there were still lingering effects of the second oil crisis.

Overall food prices (apart from fresh food) rose by 5.9% as the weakening yen led to a spike in material and logistic costs and manufacturers and restaurants raised prices. There were increases in almost 90% of the items surveyed, including hamburgers and conveyor-belt sushi in restaurants, and bread and chocolate. Russia’s invasion of Ukraine spurred on climbs in resource costs, and energy prices rose by 15.2%, including increases of 20.9% for electricity and 26.8% for natural gas.

Meanwhile, there was a 10.0% decrease in lodging rates, due to the introduction of a new national subsidy program. 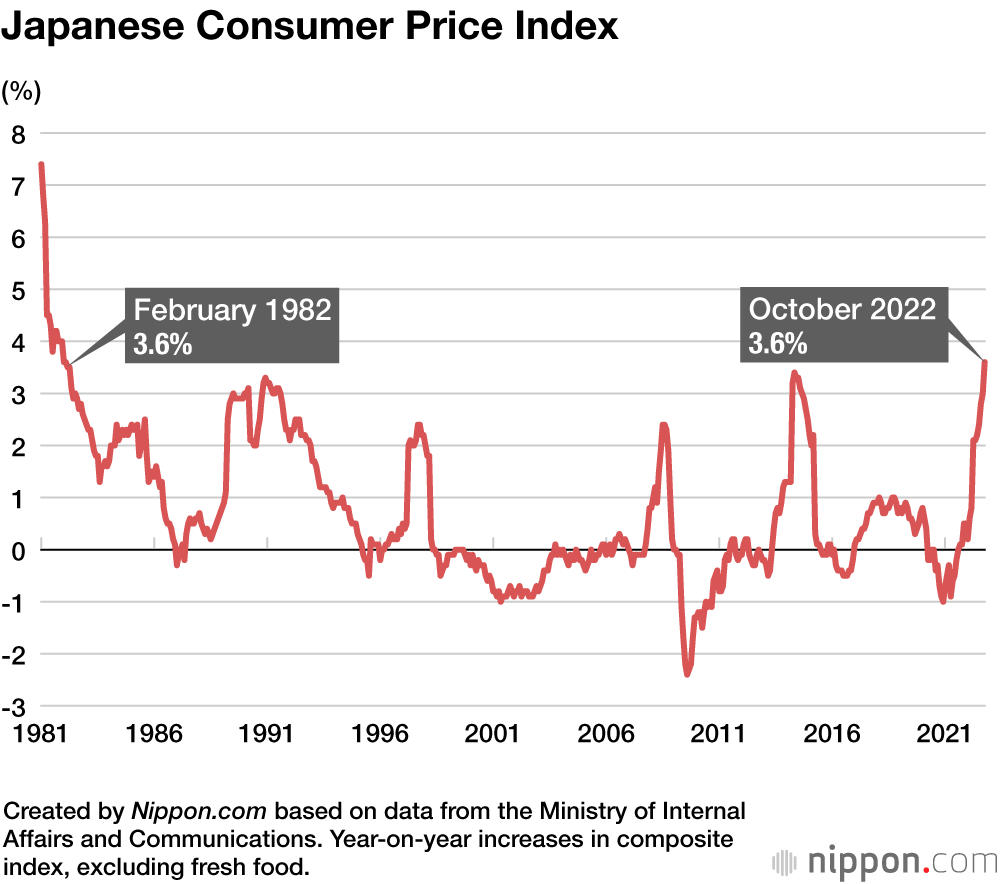 This is the fourteenth consecutive month the consumer price index has risen and seventh straight month it has exceeded the 2% inflation target set by the government and the Bank of Japan.

The government announced it will implement measures in January 2023 to reduce the burden of electricity and natural gas bills, while the yen’s weakening against the dollar has halted, easing upward pressure on prices. Even so, it will take a virtuous circle of rises in corporate profits and wages alongside increased demand to calm concerns over household budgets.