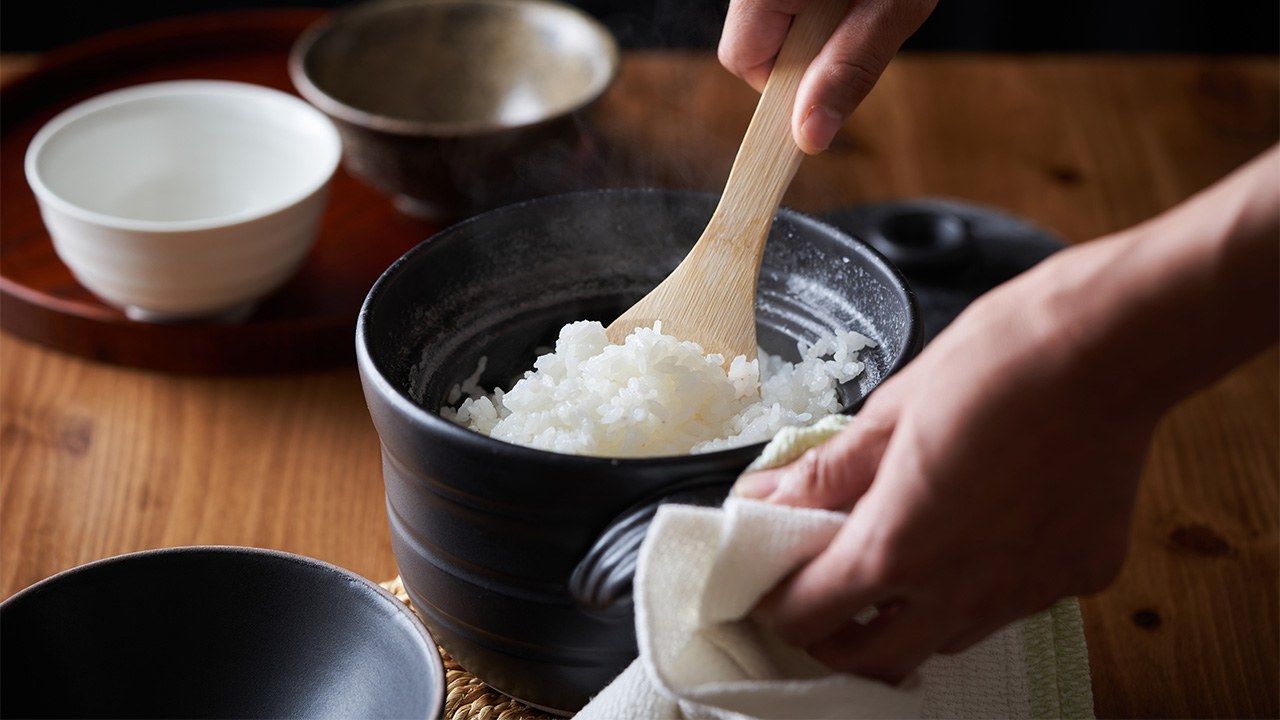 Japan’s Changing Diet: Rice Relegated to One Meal a Day and Affordability Wins over Taste

Food and Drink Lifestyle Economy Jan 6, 2023
With an increasing range of food options available, Japanese people today are eating rice at meals less frequently, with many preferring bread for breakfast, noodles for lunch, and only having Japan’s traditional staple in the evenings.

A survey by Japanese rice distributor Makino found that rice consumption in Japan has decreased as other types of foods become part of the diet. The firm polled approximately 1,000 people aged in their twenties through sixties and found that while 84.8% of respondents said that they eat rice every day, an overwhelming 68.1% consumed the traditional staple at only one meal a day, compared to 16.7% who had it for all three meals. 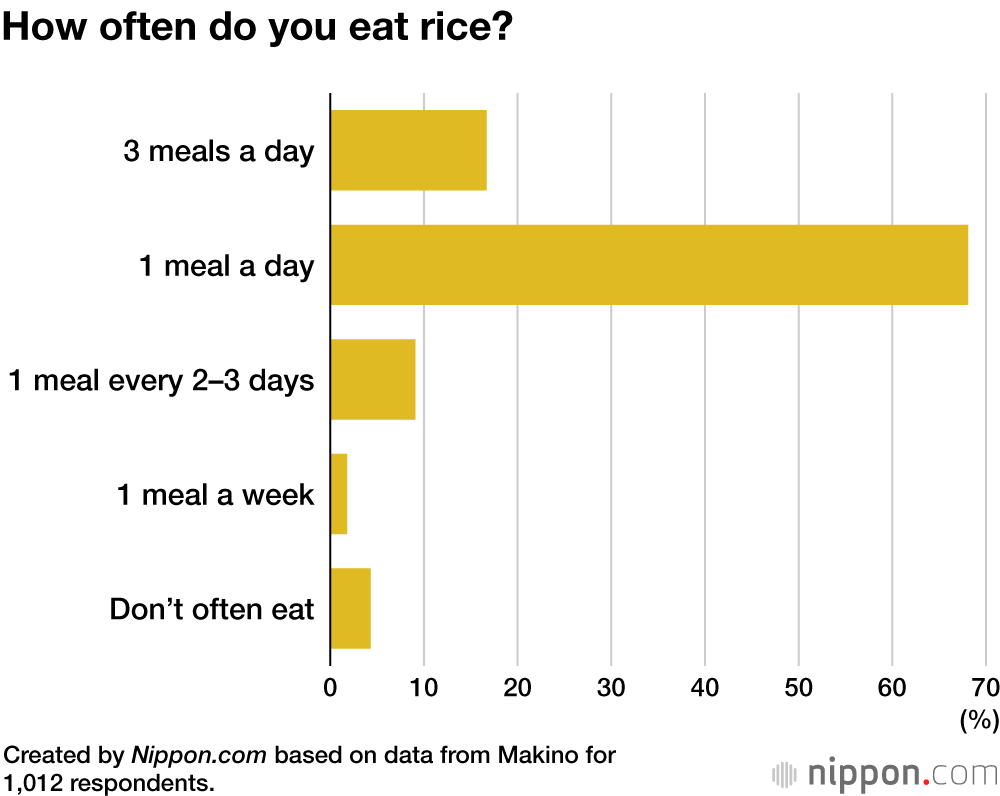 The survey also found that when buying rice, 39.5% of respondents said that they purchased 5 kilograms at one time while 26.7% bought 10 kilograms. Another 10.6% bought small packets of rice that were less than 1 kilogram in weight. 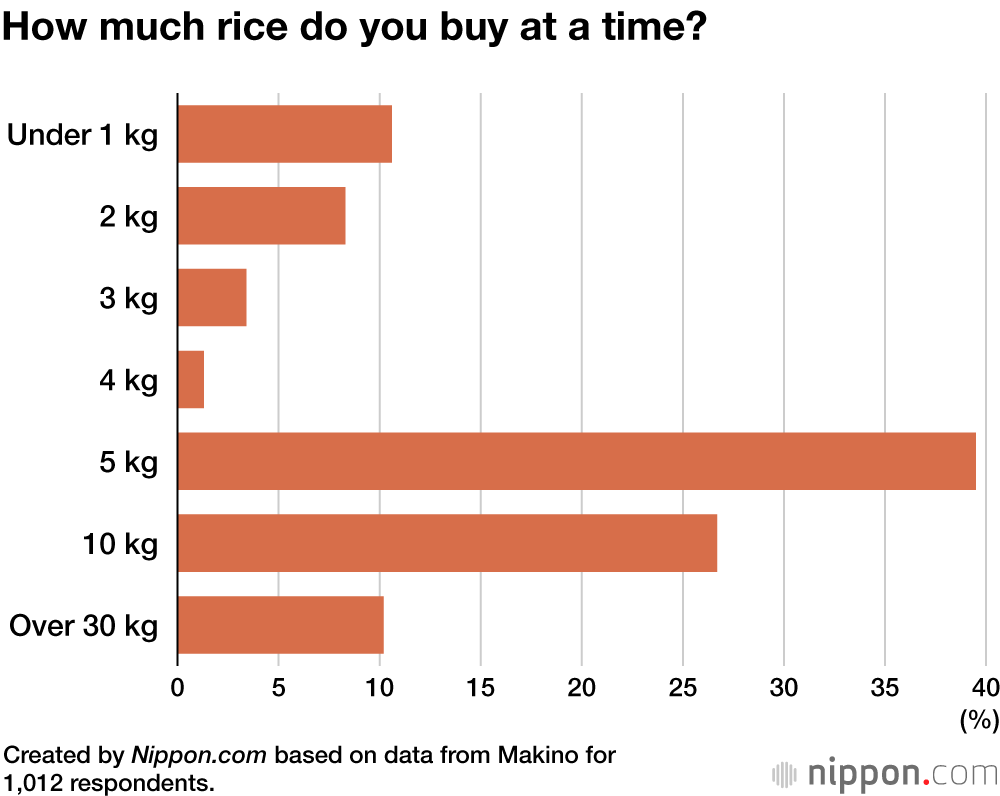 Asked where they purchased rice, 66.6% of the people surveyed said at supermarkets or convenience stores, 14.4% online, and 14.1% received rice from friends or family. A number of respondents received rice through the furusato nōzei hometown tax system. Meanwhile, rice stores, a common sight during the Shōwa era (1926–89), have gradually disappeared from towns as other buying options for consumers have grown and was not included in the survey. 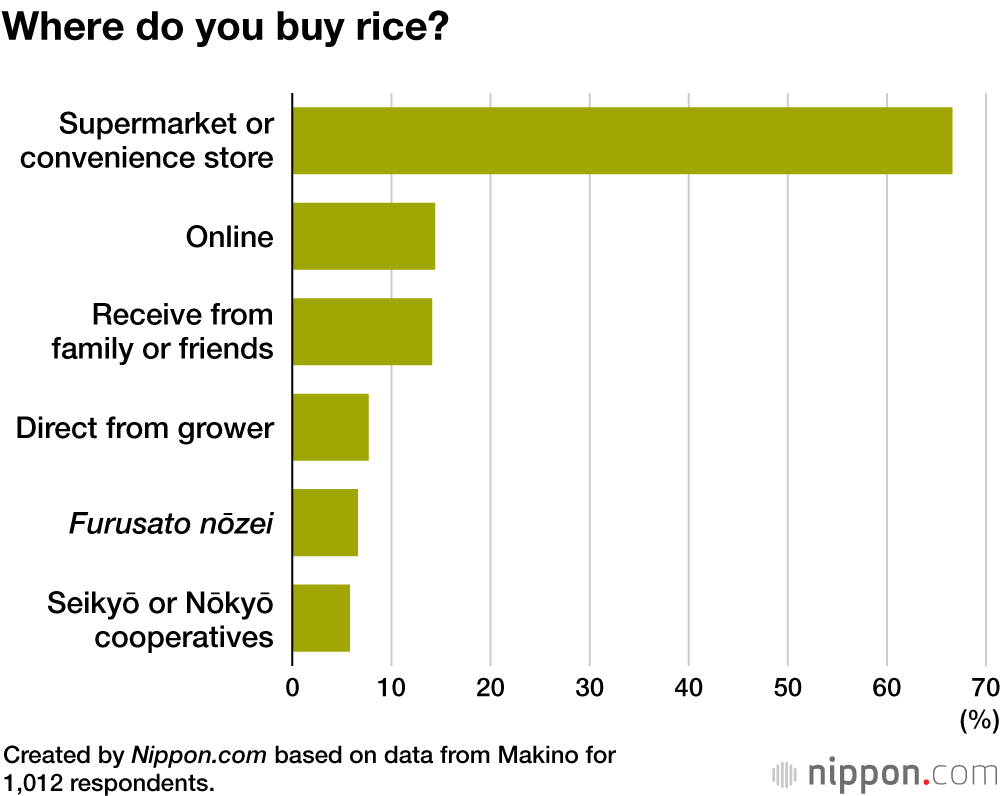 The most important point that respondents took into consideration when buying rice was price, at 46.4%, followed by brand and familiarity at 43.9%, and taste preference at 19.8%. 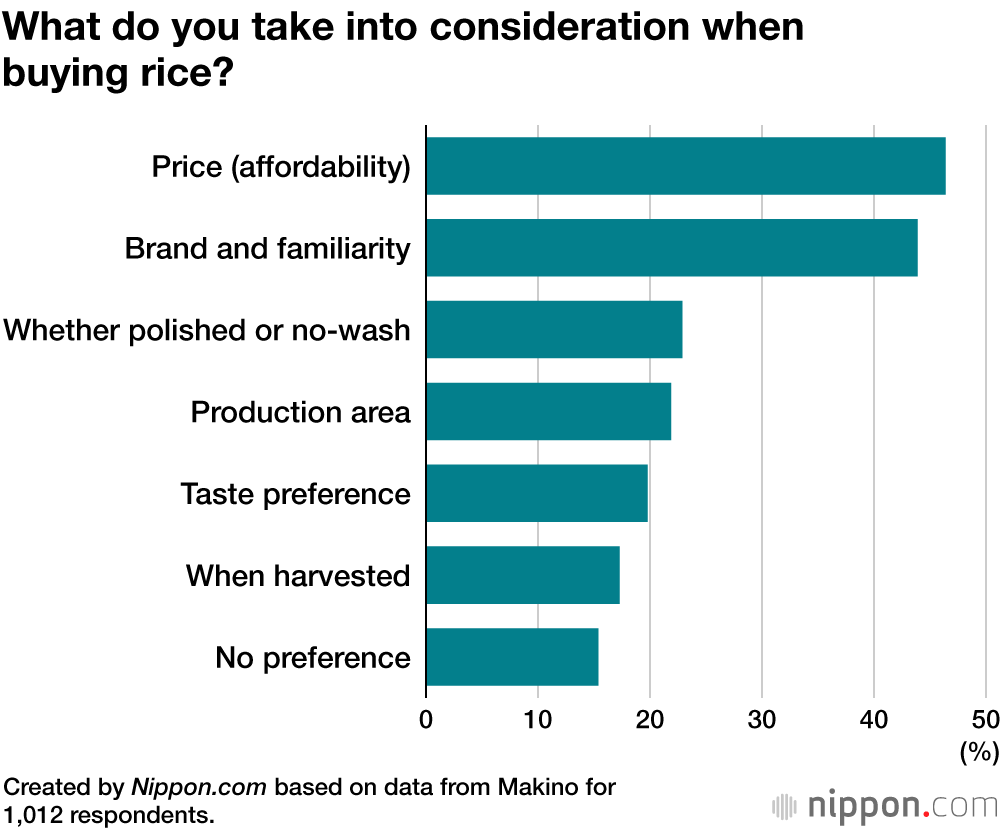