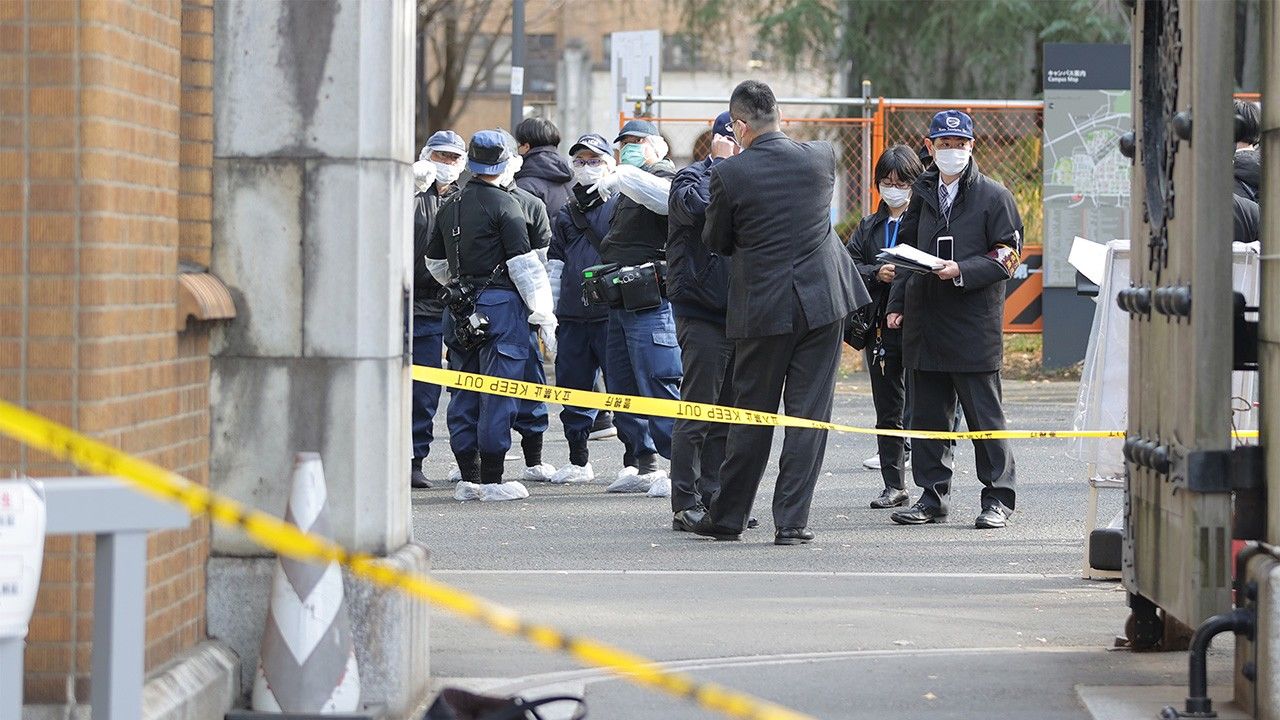 Society Jan 12, 2023
As of 2021, the number of crimes in Japan has decreased for 19 consecutive years. During the pandemic, the number of thefts fell significantly, and the increased use of security cameras has also driven down crime. On the other hand, child abuse and cybercrimes are on the rise.

The 2022 white paper on crime published by Japan’s Ministry of Justice notes that the number of recognized criminal offenses during 2021 decreased by 7.5% to 568,104, as compared to 614,231 during the previous year, marking the lowest number since 1945. Thefts accounted for more than two-thirds of the total number of crimes. 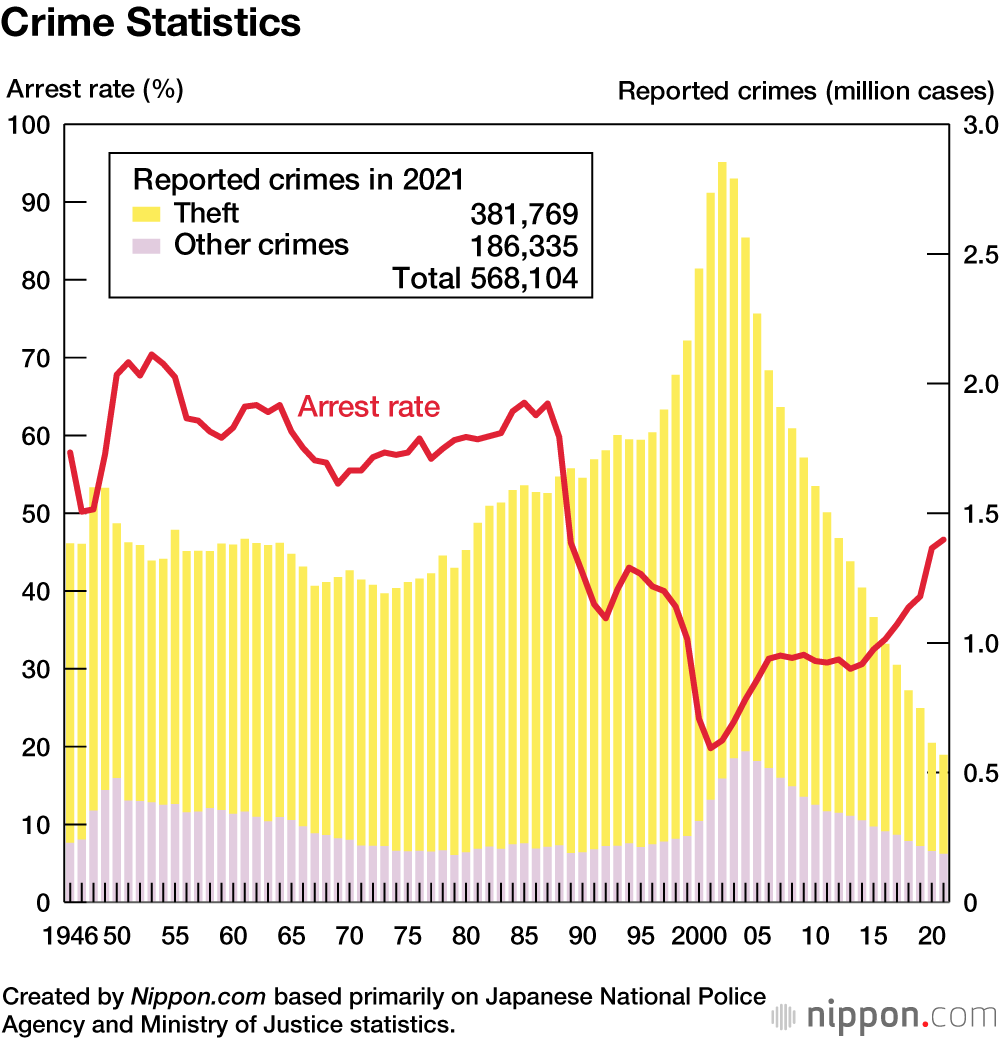 The recidivism rate decreased by 0.5 percentage points year on year to 48.6%. This slight downturn goes against the upward trend in recent years. 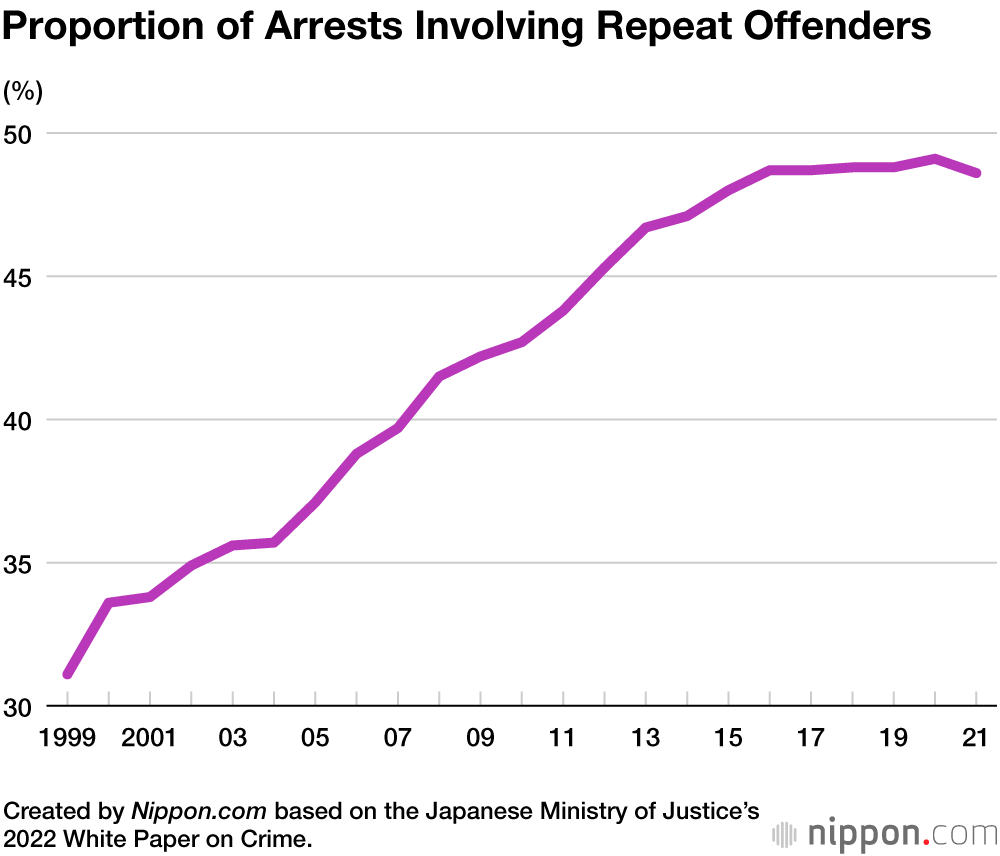 (Translated from Japanese. Banner photo: On January 15, 2022, investigators examine the area near the scene of a stabbing incident at the University of Tokyo in Bunkyō, Tokyo. © Jiji.)