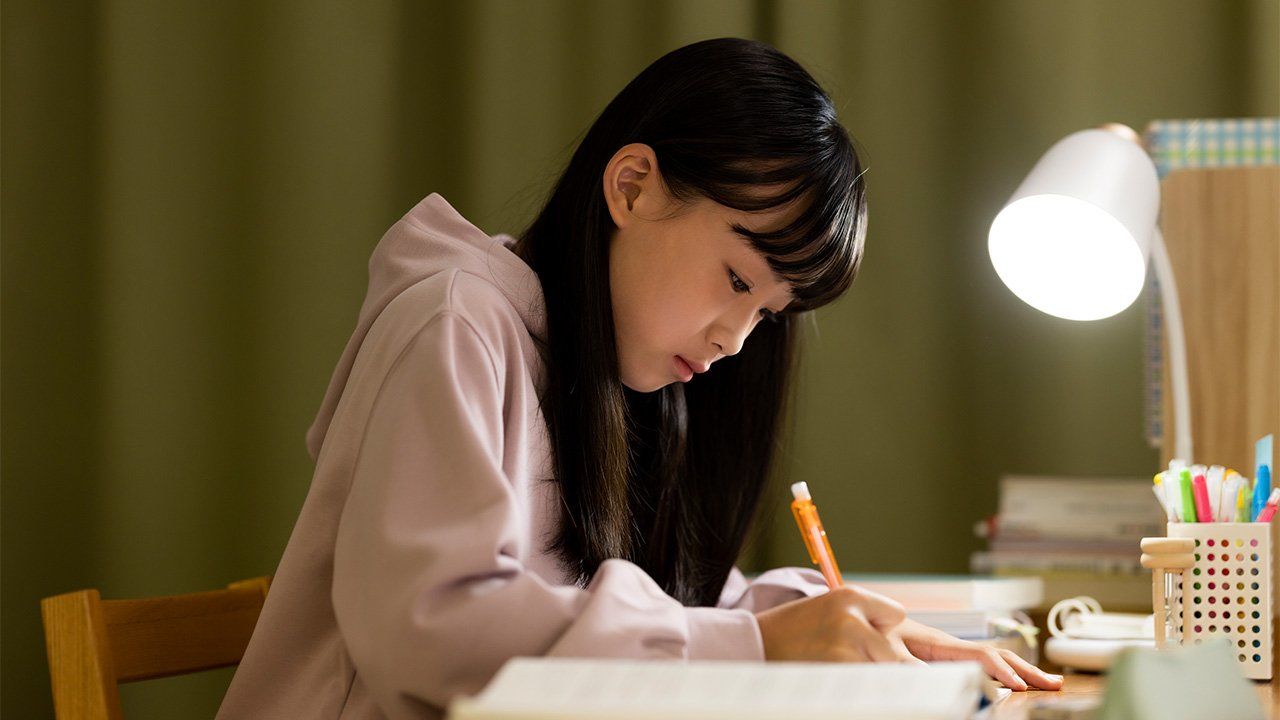 Society Economy Jan 11, 2023
While education is becoming more expensive for all in Japan, private costs are far greater, with private elementary school expenses almost five times as much as those for their public counterparts.

The total average costs for a child who receives private education for 15 years of schooling, including tuition fees and cram school expenses, in Japan has reached a new record high of ¥18.4 million. The Ministry of Education, Culture, Sports, Science, and Technology calculated this figure for study from when a child enters kindergarten at 3 through to high school graduation at 18 based on its 2021 survey. While this was more than three times as expensive as the cost for attending only public school between these ages, that figure also reached a new high of ¥5.7 million.

For children attending a mix of public elementary and/or junior high and private junior high and/or high school, the payments parents made to schools, including tuition fees, remained roughly the same as the previous survey. It was the increase in supplementary study expenses paid to cram schools that pushed up the overall costs. 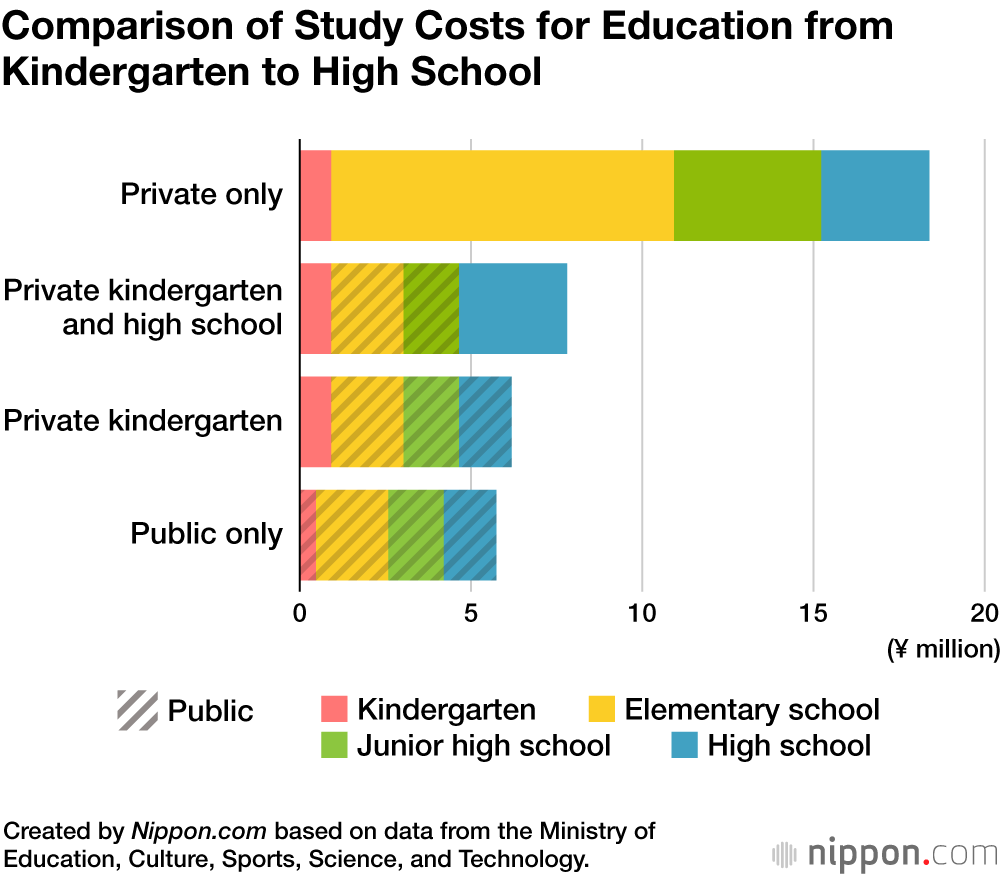 There was a particularly notable gap between public and private costs at elementary school level, as the latter was 4.7 times more expensive.

Difference in Annual Study Costs Between Public and Private Schooling

Created by Nippon.com based on data from the 2021 Ministry of Education, Culture, Sports, Science, and Technology survey on children’s study costs. 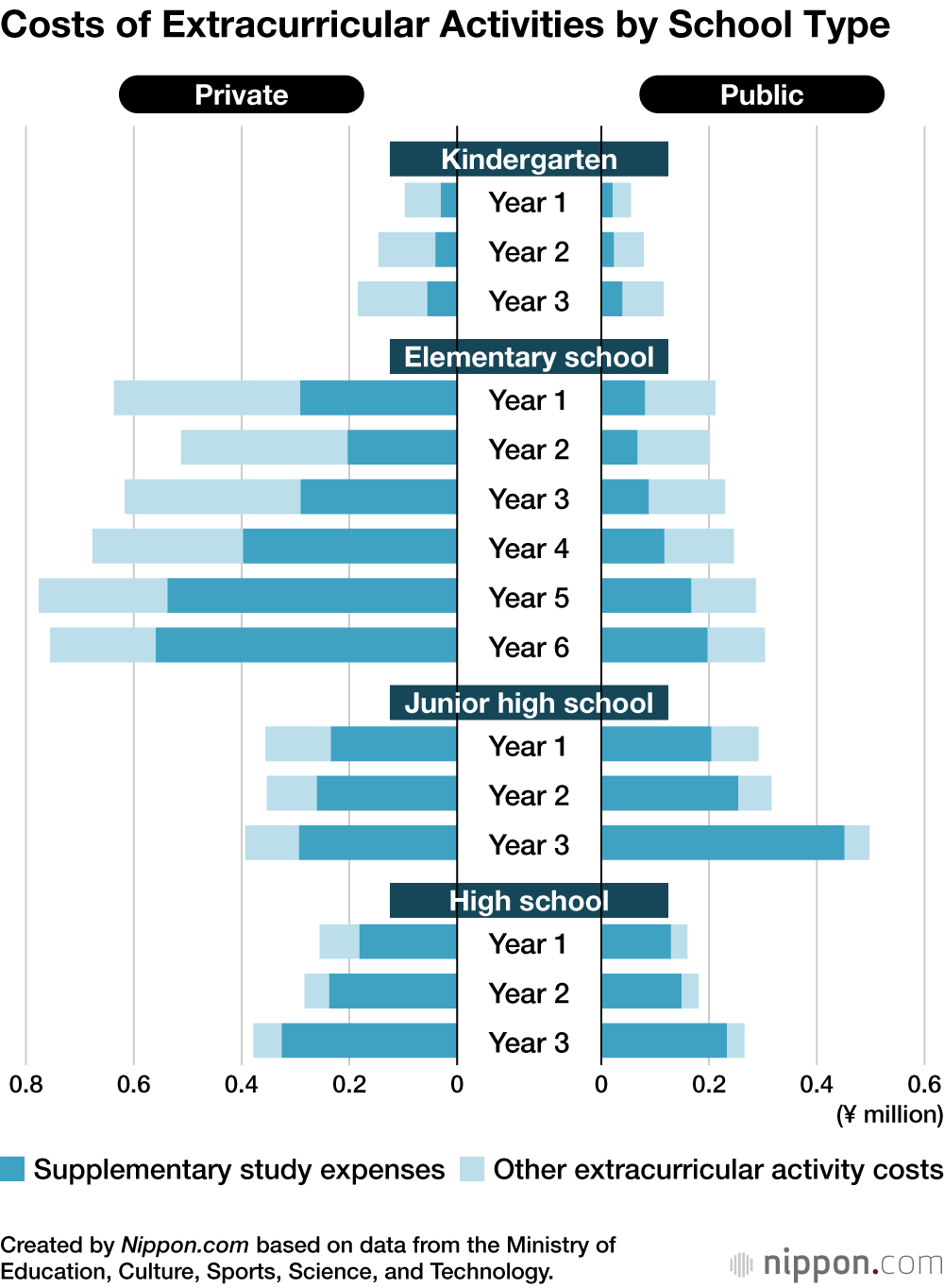 The survey on study costs has been conducted every two years since 1994. However, there was a three-year gap before the 2021 survey as the 2020 study was canceled due to the COVID-19 pandemic. Surveys were sent to 53,000 parents of children at 1,600 kindergartens and schools across Japan, and valid responses were received from 27,000.