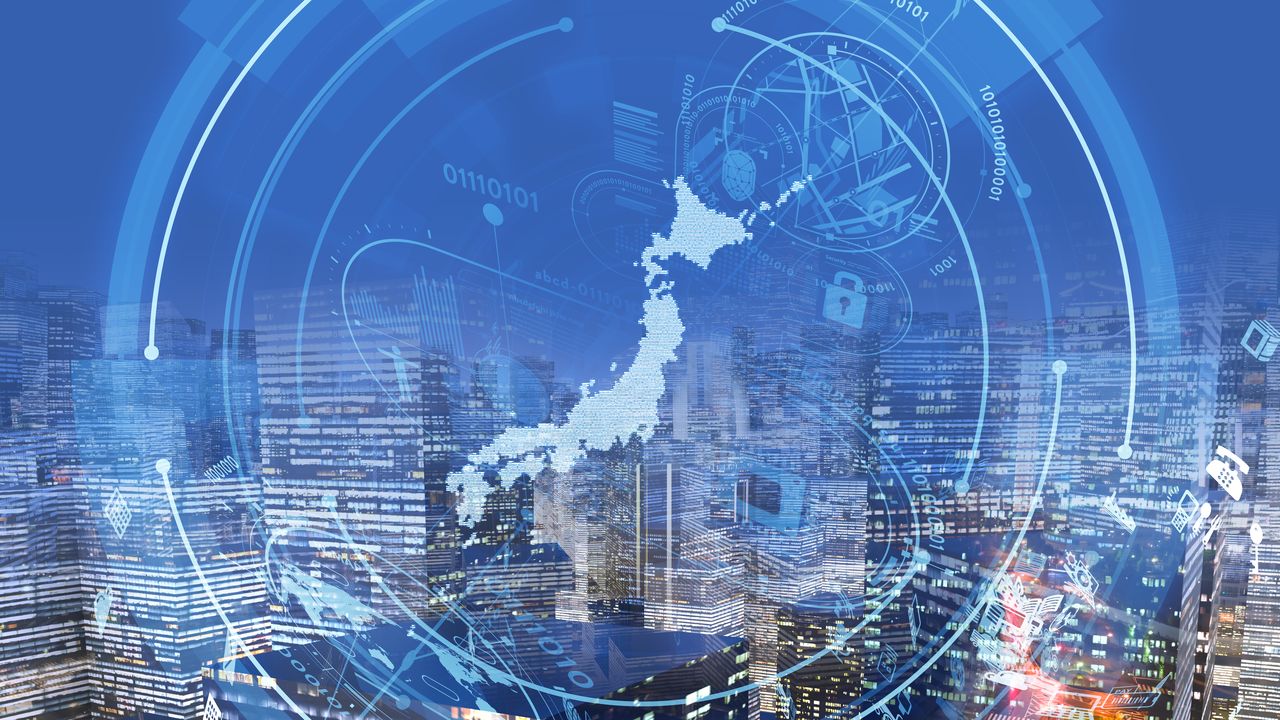 Economy Politics Society Jan 13, 2023
With social security costs continuing to balloon due to an aging population and efforts to strengthen defense capabilities gaining momentum in the wake of the Ukraine crisis, Japan’s proposed budget for fiscal 2023 is ¥114.4 trillion, marking a new high for the eleventh consecutive year.

The government approved a record ¥114.4 trillion budget for fiscal 2023 on December 23, 2022, in a 6.3% increase over the previous year’s initial budget. This is the first time for the budget to surpass ¥110 trillion and the eleventh consecutive record high.

Social security spending, which accounts for about one-third of all expenditures, rose 1.7% to a record high of ¥36.9 trillion. Defense spending increased by 26.3% to ¥6.8 trillion, as Japan moves forward with the procurement of US-made Tomahawk cruise missiles and other weapons. Servicing the national debt by redeeming or paying interest on government bonds issued previously also increased by 3.7% to ¥25.3 trillion.

Revenue, meanwhile, is forecast to reach a record high of ¥69.4 trillion, up 6.4%, due in part to greater income from corporate tax and consumption tax. Despite this increase, the government will not be able to cover expenditures without borrowing, forcing it to issue ¥35.6 trillion in new government bonds. Japan’s bond dependency ratio, which indicates the ratio of debt to revenue, is 31.1%. 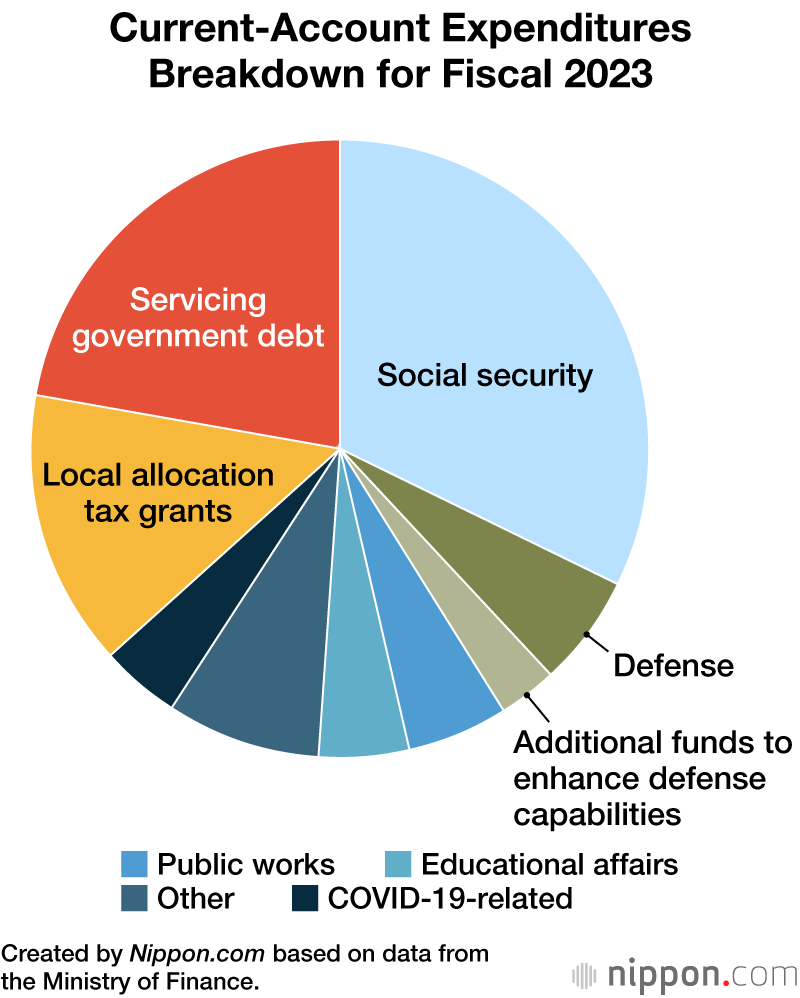 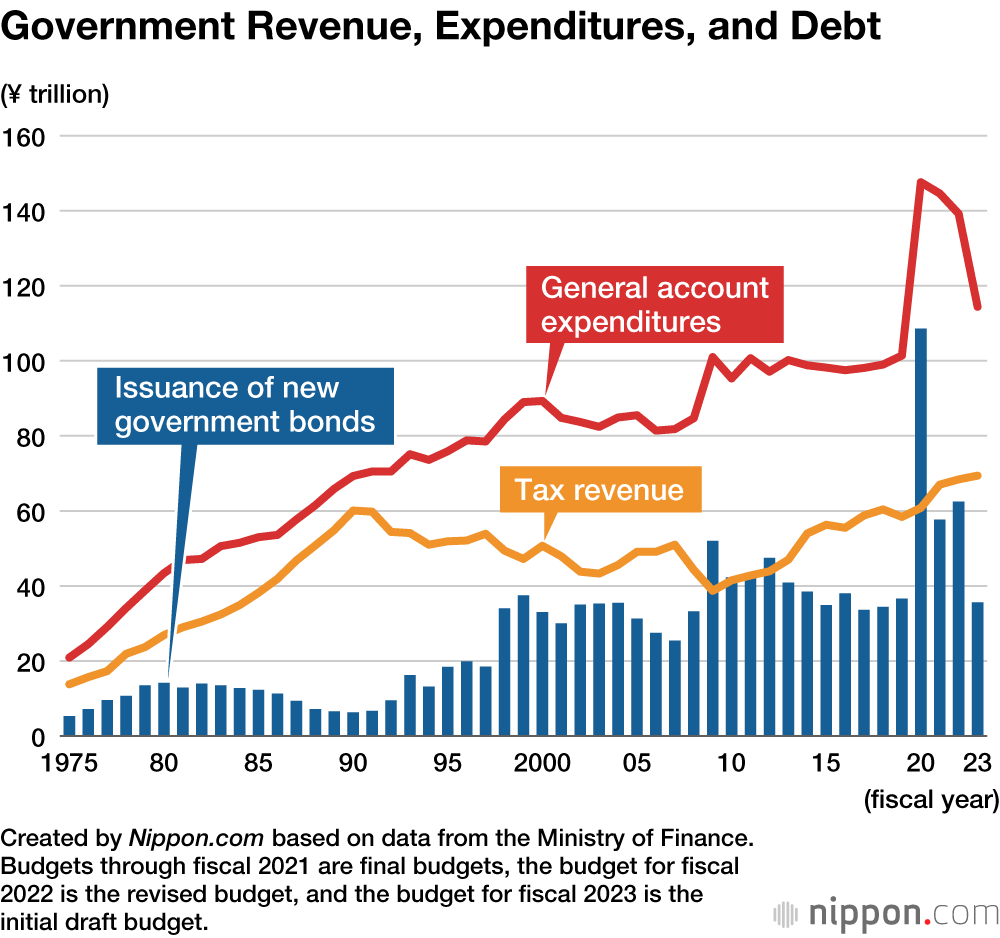 Until the 1980s, the gap between tax revenues and expenditures was relatively small, so that the amount of JGBs issued for each fiscal year never exceeded ¥15 trillion. However, with the collapse of the bubble economy and prolonged economic stagnation, the balance of payments deteriorated as a result of repeated fiscal stimulus packages and tax cut policies, making it necessary to increase the issuance of JGBs to fill the gap.

Tax revenue began to recover in the 2010s, and consumption tax was raised in October 2019, but spending ballooned to implement economic measures to deal with the COVID-19 pandemic, so that JGB issuance saw another big increase from fiscal 2020. Given this trend, government debt is expected to climb to ¥1,068 trillion by the end of fiscal 2023. While economic policies have kept interest rates extremely low to date, a rise would make the burden of interest payments even heavier. 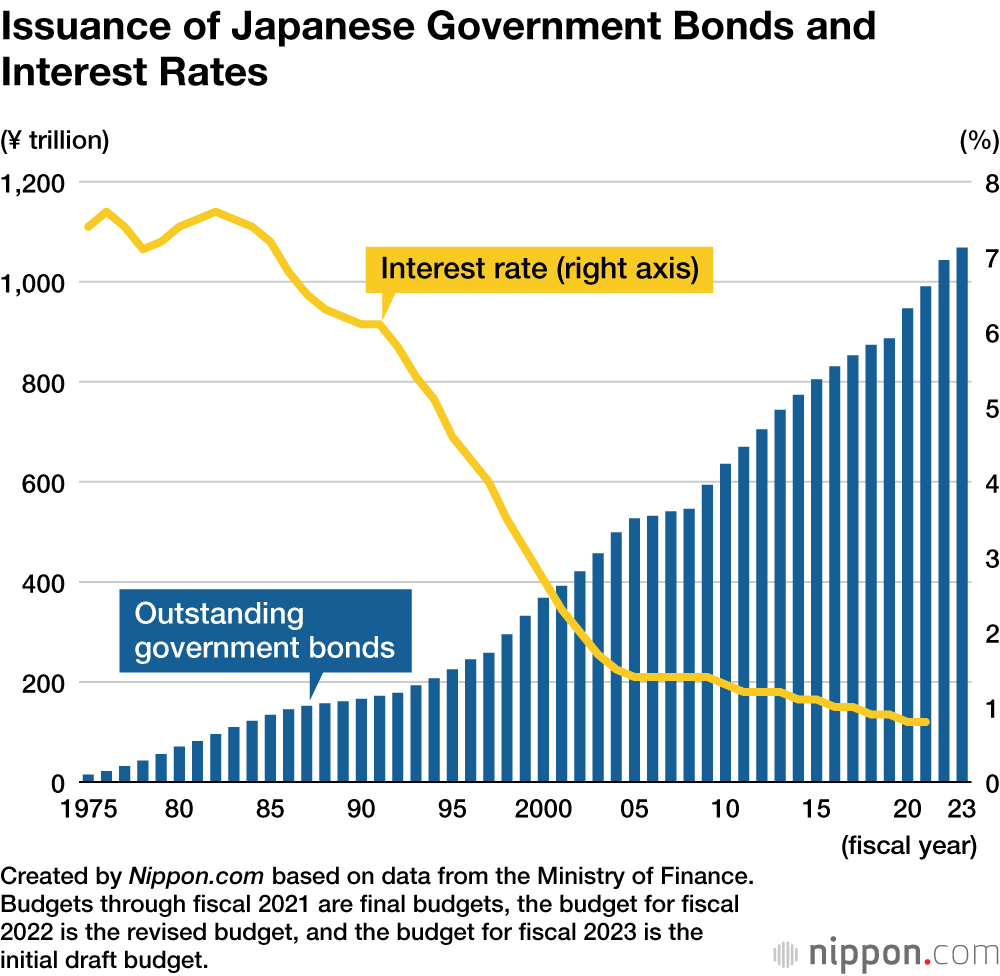