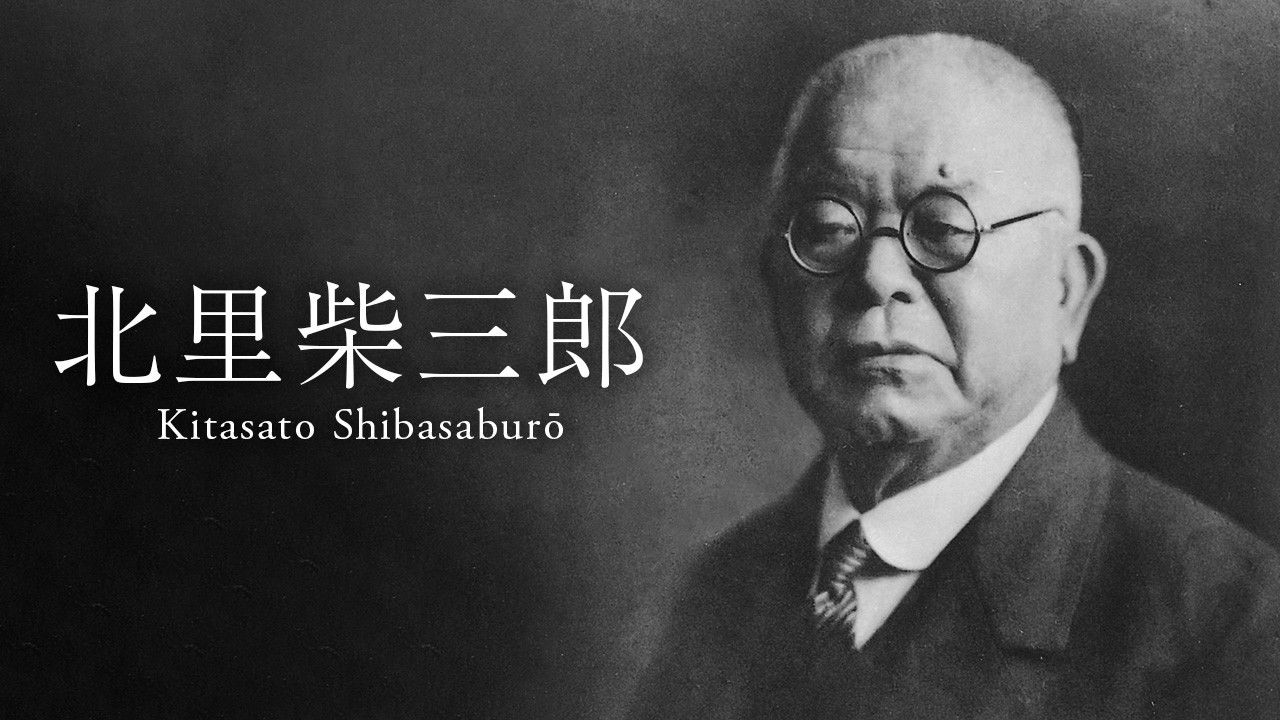 Kitasato Shibasaburō: A Pioneer in the Prevention and Treatment of Infectious Disease

History Science Health Oct 23, 2020
Up until the early years of the twentieth century the human race was all but helpless in the face of infectious diseases. It was in these circumstances that Kitasato Shibasaburō discovered in quick succession the tetanus bacillus, the plague bacillus, and other bacteria responsible for lethal infectious diseases, paving the way for treatments and cures.

Japan from early times looked to Chinese medicine to treat illness and other maladies. During the Edo period (1603–1868), European learning reached the country via the Dutch trading mission on the island of Dejima in Nagasaki. However, it was not until the Meiji Restoration of 1868 that the nation truly embraced the study of Western medicine. One of the leading figures of this period was Kitasato Shibasaburō (1853–1931), whose discoveries still influence the medical field today.

Born in the village of Kitasato in Higo Province in what is today Kumamoto Prefecture, Kitasato studied medical science at Furoshiro Medical School (now Kumamoto University School of Medicine) and later at Tokyo Igaku Gakkō (now University of Tokyo Faculty of Medicine). He worked for a time in the public health section of the Home Ministry, but on the advice of the Dutch military doctor Constant George van Mansveldt (1832–1912), his teacher at Furoshiro, he decided to pursue his studies in Germany, where from 1885 to 1892 he worked under Robert Koch (1843–1910), the preeminent bacteriologist of his day.

While at Koch’s Berlin laboratory, Kitasato, who by nature was a diligent and enterprising worker, became the first person to successfully cultivate a pure tetanus bacillus culture. The following year his discovery of a tetanus antitoxin, a medicine made up of antibodies against the bacterium, won him international recognition. In 1890, he pioneered a ground-breaking diphtheria serotherapy, a technique that uses blood serum to treat and prevent bacterial infections, in collaboration with German physiologist Emil Adolf von Behring (1854–1917) based on this new understanding of antitoxins. Behring himself would receive the first Nobel Prize in Physiology or Medicine in 1901 for his work in the field. Kitasato was also considered for the prestigious prize and would likely have shared it with Behring had the custom of naming multiple laureates been a normal practice, as it is today.

The antitoxins that Kitasato discovered correspond to what we today call antibodies. Antibodies are proteins that form in the blood when a person is infected with a virus or other pathogen that fend off the invading agent and help protect the body from further infection. The invention of treatments that utilize the immune system’s natural tendency to create antibodies in response to antigens contributed vastly to the development of new medicines and medical therapies.

Today, countless drugs utilizing antibodies are used to treat illnesses, antibiotic-resistant infections, and intractable diseases. It was Kitasato who developed the serum therapies that are the basis for many of these drugs. Now called antibody drugs, they account for fully half the new medicines in development around the world.

Kitasato’s discovery is also part of the arsenal pharmaceutical companies and medical institutes are using in their race to develop vaccines and other treatments to defeat COVID-19. Although progress has been slow, there can be little doubt that, based on our current understanding of the basic principles of the antibody-antigen complex that Kitasato first spelled out so many years ago, that researchers will develop vaccines effective in fighting the coronavirus.

Chasing the Plague in Hong Kong

In 1894, Kitasato travelled to Hong Kong, where he independently discovered Yersinia pestis, the bacterium responsible for the bubonic plague, at almost the same time as Alexandre Yersin (1863–1943) of France’s Pasteur Institute. The plague, also known as the Black Death, struck Europe in the fourteenth century and again in waves up into the eighteenth century, killing millions and transforming the politics, economies, societies, and cultures of those times. In the latter half of the nineteenth century it raised its head again in Manchuria in northern China. Kitasato and others worked to identify the pathogen using four criteria that have since come to be known as Koch’s Postulates. The postulates stipulate that 1) a microorganism or other pathogen must be present in all cases of disease; 2) the pathogen must be isolated from the diseased host and grown in a pure culture; 3) the pathogen from the pure culture must cause the disease when inoculated into a healthy, susceptible laboratory animal; and 4) the pathogen must be re-isolated from the new host and shown to be the same as the originally inoculated pathogen.

Many other important figures would make advancements in bacteriology in the following years, including the work of Shiga Kiyoshi (1871–1951) on dysentery, and Eric Hoffman (1868–1959) and Fritz Schaudinn (1871–1906) on syphilis. However, by this time the field of medicine itself was in flux as bacteriology began giving way to the emerging field we know today as microbiology. This transition was the result of the discovery of viruses, microorganisms that are smaller than even bacteria.

Another of Kitasato’s key achievements, one that preceded his discovery of the bubonic plague bacillus by two years, was the establishment in 1892 of the Institute for Infectious Disease, Japan’s first private research center focusing on infectious diseases. Kitasato enlisted the support of figures like leading educator and writer Fukuzawa Yukichi (1835–1901), the government Medical Administrator and president of the first incarnation of the Tokyo University medical faculty Nagayo Sensai (1836–1902), and the industrialist Morimura Ichizaemon (1839–1919) in his efforts. The institute would later become the National Institute for Infectious Diseases under the jurisdiction of the Home Ministry, and would rank alongside France’s Pasteur Institute and the Rockefeller Institute in the United States as one of the world’s three leading research centers for the study of infectious diseases.

In 1914, however, the Home Ministry unilaterally transferred control of the institute, until then under the umbrella of the Home Ministry Public Health Bureau, to the Ministry of Education, effectively turning it into a branch of Tokyo Imperial University (today’s University of Tokyo). Outraged by the unilateral decision, Kitasato and the entire staff of the institute resigned, and Kitasato used his personal wealth to establish the private Kitasato Institute for Infectious Diseases.

Since that time, the Institute for Infectious Diseases and the Kitasato Institute have engaged in lively academic debate that has contributed significantly to the advancement of medical research in Japan. Far from becoming a burden on Japan’s medical community, the existence of these two parallel institutions has contributed to the development of academe in Japan as they challenge and dispute each other’s science and work.

In addition to founding his own institute, Kitasato also showed unstinting leadership in both the establishment of new medical organizations and as an entrepreneur. In 1916, he founded the Japan Medical Association, followed in 1920 by the Keiō School of Medicine. In 1921, he launched the Terumo Corporation to manufacturer thermometers and other medical equipment, and in 1923 he established the Japan Society for Tuberculosis. He would go on to created many other institutions as well.

Unfortunately, 1918 was still the age of bacteriology. Kitasato endeavored to develop a vaccine for the Spanish flu based on his hypothesis, but the state of scientific knowledge had yet to reach a stage where his efforts could bear fruit. It would not be until 1933 following the invention of the electron microscope that scientists would confirm the existence of microorganisms even smaller than bacteria, which they dubbed viruses. Kitasato himself did not live to hear of the discovery, passing away two years earlier in 1931. Throughout his life he had worked to contribute to the development of bacteriology, and it was only after Kitasato’s departure that the era of the new field virology would arrive.

While there may have been missteps along the way, there can be no doubt that those first seeds planted by Kitasato so many years ago have yielded a rich medical harvest. The Kitasato Institute founded by this pioneering man of medicine continues to produce world-leading researchers and medical doctors to this day.

The Life of Kitasato Shibasaburō