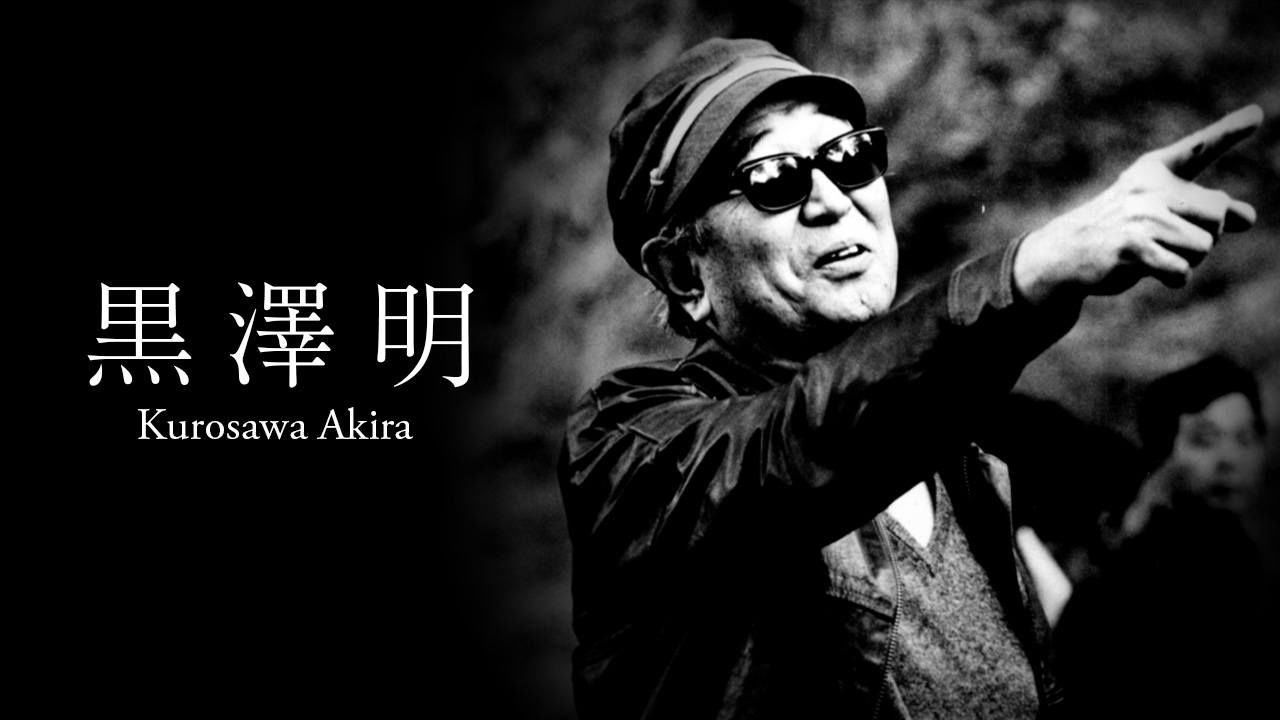 Culture History Entertainment Art Cinema Apr 8, 2022
Kurosawa Akira brought Japanese cinema to international attention in the 1950s, and has had a lasting influence on film ever since. Critic Tsuzuki Masaaki identifies how justice, love, and the desire for peace run through the works of this cinematic legend.

More than 20 years after his death, the celebrated director Kurosawa Akira is still loved by film fans around the world. For his pursuit of the potential of the cinematographic art and enthusiasm for directing into his later years, one might consider him an incarnation of film itself.

In 1990, when Kurosawa was 80, he received the Academy Award for Lifetime Achievement. In his acceptance speech, he claimed, however, that “I don’t feel that I understand cinema yet,” and promised that “from now on I will work as hard as I can at making movies and maybe by following this path I will achieve an understanding of the true essence of cinema and earn this award.” George Lucas and Steven Spielberg, who presented Kurosawa with the Oscar, both revered him and would apparently watch private screenings of his films before starting on new works, with the aim of regaining and internalizing a primal understanding of the nature of cinema.

A Childhood at the Movies

From his debut Sanshirō Sugata (1943) to Mādadayo (1993), Kurosawa made 30 films over the course of half a century, winning prizes at the world’s major festivals. Even after Mādadayo, he continued working on screenplays. He developed storyboards for films like Ame agaru (After the Rain) and Umi wa miteita (The Sea Is Watching)—later brought to the screen by other directors—but a fall at Kyoto’s Ishihara ryokan, where he stayed regularly to write, resulted in multiple fractures. He spent the last three years of his life in a wheelchair before dying in 1998 at the age of 88.

Kurosawa was born as the youngest of eight children in Tokyo in 1910. His father, Isamu hailed from Akita Prefecture and graduated from Toyama Military Academy in Tokyo, while his mother Shima was from an Osaka merchant family. Isamu’s interest in physical education led to him participating in the founding of the forerunner to Nippon Sport Science University, and he was proud of his involvement in the construction of Japan’s first modern swimming pool. While Akira’s military father was strict, he often took him to the movie theater.

“I feel that, at a time when watching films was thought to be bad for learning, the fact that he took us to the movies and that he never changed his opinion that watching films was good for education opened up a path to where I am today,” Kurosawa later recalled.

Those first films were from overseas, and he saw almost all those featuring British actor Charlie Chaplin or helmed by artists like the US director D. W. Griffith and the Soviet director Sergei Eisenstein, who tried to expand the possibilities of cinema as an art. It may seem like the perfect grounding for a life in film, but at this time Kurosawa wished to be a painter and had virtually no interest in making movies. He did not get his start in the business until the relatively late age of 26.

A Need for Trust

Kurosawa’s first step toward his current international acclaim came when his 1950 film Rashōmon won the Golden Lion at the 1951 Venice Film Festival. The news of Kurosawa’s achievement in competition with top European and US directors made big headlines in Japan, which was still struggling to recover from its defeat in World War II.

The film’s influence lives on in the twenty-first century. For example, Ridley Scott’s 2021 movie The Last Duel follows a similar structure; in an interview he pointed to the wonderful idea of presenting the same incident from three different perspectives. 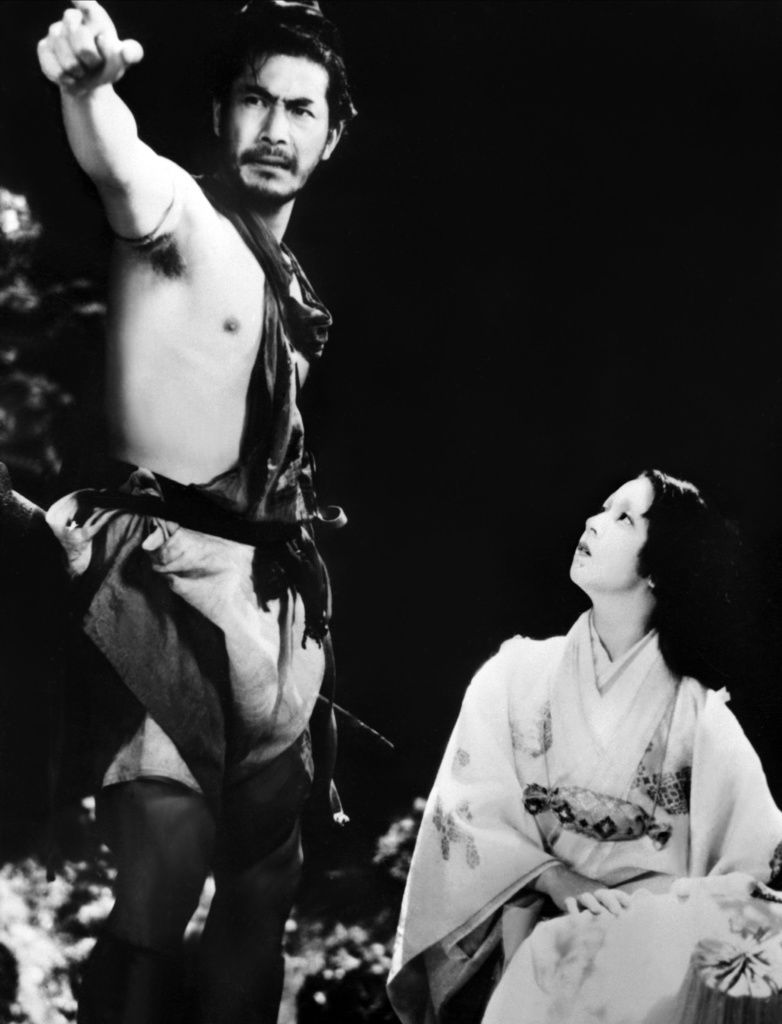 A scene from Rashōmon, with Mifune Toshirō playing the bandit and Kyō Machiko the samurai’s wife. (© Kyōdō)

Rashōmon is set in the twelfth century in a Kyoto ravaged by war. It opens at the great Rashōmon gate of the title, to the south of the city, where a woodcutter, a priest, and a commoner take shelter from the pouring rain and discuss a murder trial. After a samurai was killed in a nearby wood, a bandit and the samurai’s wife testified in court, along with the samurai’s spirit via a medium. However, all three told lies to cover themselves, so the truth failed to emerge.

The film is based on Akutagawa Ryūnosuke’s short story “Yabu no naka” (trans. “In a Grove”), which closes in an atmosphere of distrust in humanity. Kurosawa made an addition in his last scene, described below, to leave a sense of hope.

The priest says, “If men do not tell the truth, do not trust one another, then the earth becomes a kind of hell.” Just then, the sound of a baby’s wails come through the rain. The commoner rushes to the back of the gate, where the child is lying, snatches its clothes, and rushes off into the night. The priest picks up and holds the naked baby, and the woodcutter reaches out his arms and says, “I have six children of my own. One more wouldn’t make it any more difficult.” The priest hands over the baby, saying, “Thanks to you, I think I will be able to keep my faith in men.” The woodcutter takes the child and leaves the gate behind under the now clear sky.

Kurosawa said, “I think that Akutagawa was lying in ‘In a Grove.’ He made a show of saying that you can’t trust people, but you have to trust others or you can’t live. That’s what I wanted to say in Rashōmon. Keeping a distance from others is living a lie.”

Rashōmon was showered with praise at the Venice Film Festival. Italy had also suffered in World War II, and its people had fallen into a suspicion of others, so Kurosawa’s message resonated with the festival audience.

A Burning Sense of Justice

After World War II, Kurosawa made a series of films with positive heroes battling against adversity in the devastated country. He wrote in his notes, “I’ll do this. Even when great people emerge, they don’t become national heroes. This is wrong. We need to make them into heroes.”

Turning his back on the mood of postwar decadence, Kurosawa was consumed by a passion to set the real world moving in the right direction. He was 35 when the war ended. None of the heroes he created are self-indulgent or at odds with society. They burn with a sense of justice, and have the courage and drive to battle with the evil they despise. They inspired audiences battered by war to live positively.

Characters like the alcoholic Doctor Sanada in Drunken Angel (1948), Doctor Fujisaki in The Quiet Duel (1949), and Detective Murakami in Stray Dog (1949) are all motivated by love, and are examples of Kurosawa’s new “national heroes.”

Via the enthusiasm of his older brother Heigo, Kurosawa took a great influence from Russian literature, and Fyodor Dostoevsky in particular. His 1951 film The Idiot was an adaptation of Dostoevsky’s novel.

Kurosawa commented, “Even if we’re kind, if we see a great tragedy, it’s the type of kindness where we turn away. Dostoevsky wouldn’t turn away, instead watching and suffering together. In that respect, I think he has the nature not of a person, but of a god.”

The philosopher Umehara Takeshi was the first to recognize Kurosawa as an author of love, saying, “He was full of a greater love for humanity than any literary artist. The people in his films actively put love into practice more than those in any postwar literary work.”

In Ikiru (1952), one of Kurosawa’s classic works, the protagonist Watanabe Kanji is a city hall section chief who learns that he has cancer and just a short time to live. He battles against the obstacles of his workplace to build a small children’s playground. 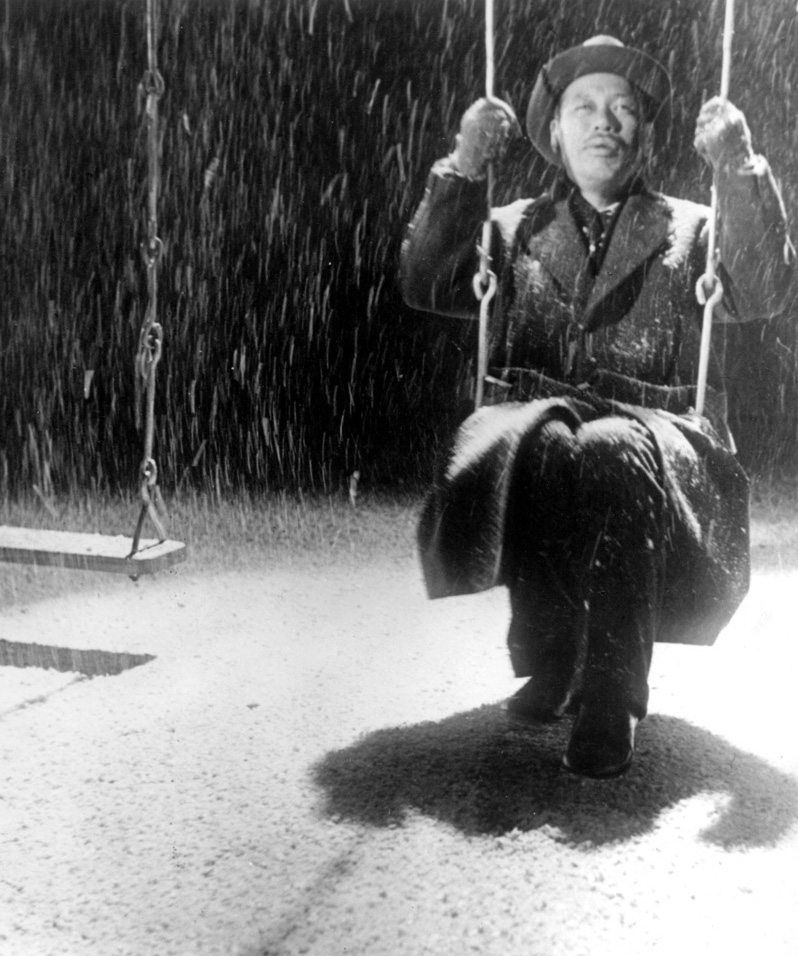 Seven Samurai (1954), a popular favorite, tells the story of a group of samurai who protect a village and its farmers from a group of bandits. 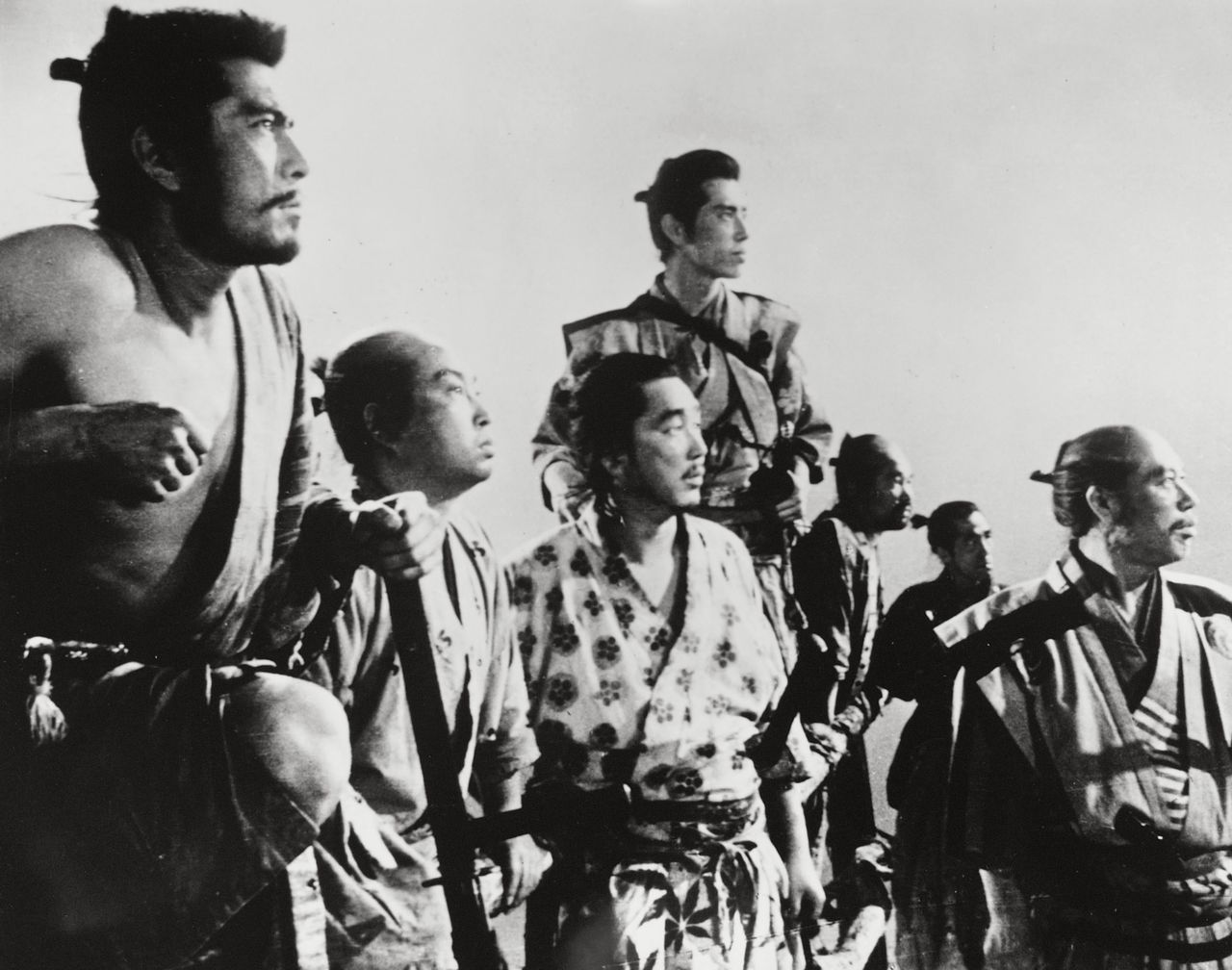 Red Beard (1965) is a high-toned drama, focusing on the doctor of the title, who lives to maintain the health of his destitute patients, and a young physician, who joins him instead of taking a prestigious position with the shogunate.

“I think that I’ve always said the same thing as an artist,” Kurosawa said. “That is simply to question why people don’t live in a way that is closer to others, more enjoyable, and more full of goodwill.”

Kurosawa’s films present many forms of love, and their great appeal is in the dynamic cinematography. His method, honed over many years, was to use multiple cameras to shoot each scene in a single take. After thorough rehearsals, he would shoot without taking a break, so as not to interrupt the buildup of emotion. He saw no other way of achieving the same realism and impact.

The World as One

“Film plays a vital role in creating mutual understanding that crosses international borders,” Kurosawa said. He saw it as the best way of building connections and fostering peace, with its importance increasing along with globalization. 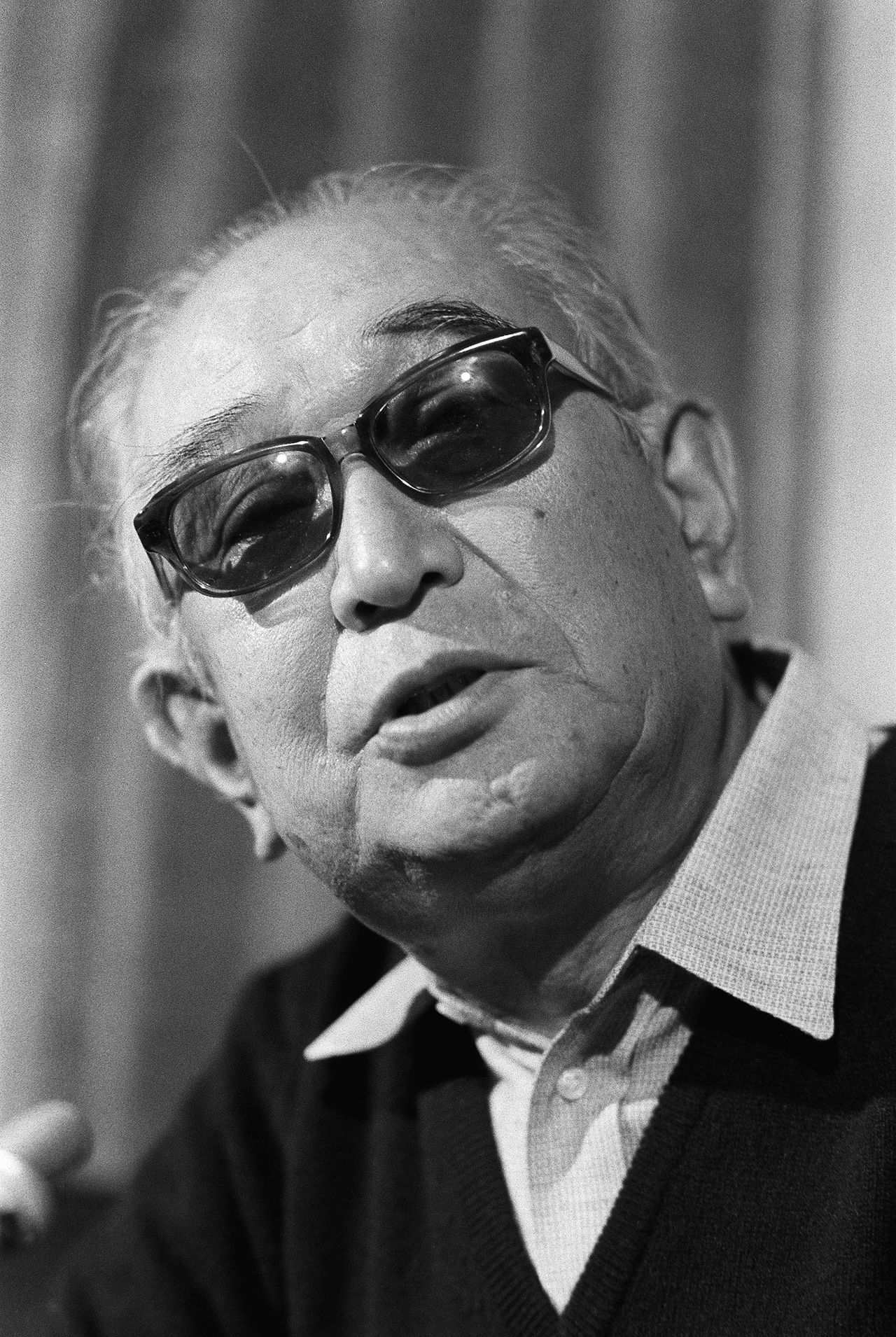 Dreams was a masterpiece of Kurosawa’s late period. In a world tainted by radioactivity and pollution, it depicted the need to coexist with nature. There was a planned section called “Subarashii yume” (Wonderful Dream), but this was on too grand a scale, and was ultimately cut.

The scene as sketched out begins with a television presenter shouting, “Peace is here! The peace we longed for is here!” National leaders all sign a treaty of world peace. Nuclear weapons are piled up in the center of a great city square. Tanks, fighters, and artillery pieces are also heaped up, and people of many nations surround them in multiple rings of dancers. Shouts of joy rise upward. An airship appears in the sky and girls scatter petals. The cheers reach a crescendo.

In his notes, Kurosawa wrote:

Let’s dream.
The most beautiful, biggest, most wonderful dreams.
The world as one. The globe as one.
Is this a dream?
Even if just a dream, it’s a fine one to have.

For Kurosawa, films not only had to be the highest forms of artistic expression, but also had to contribute to making the world one.