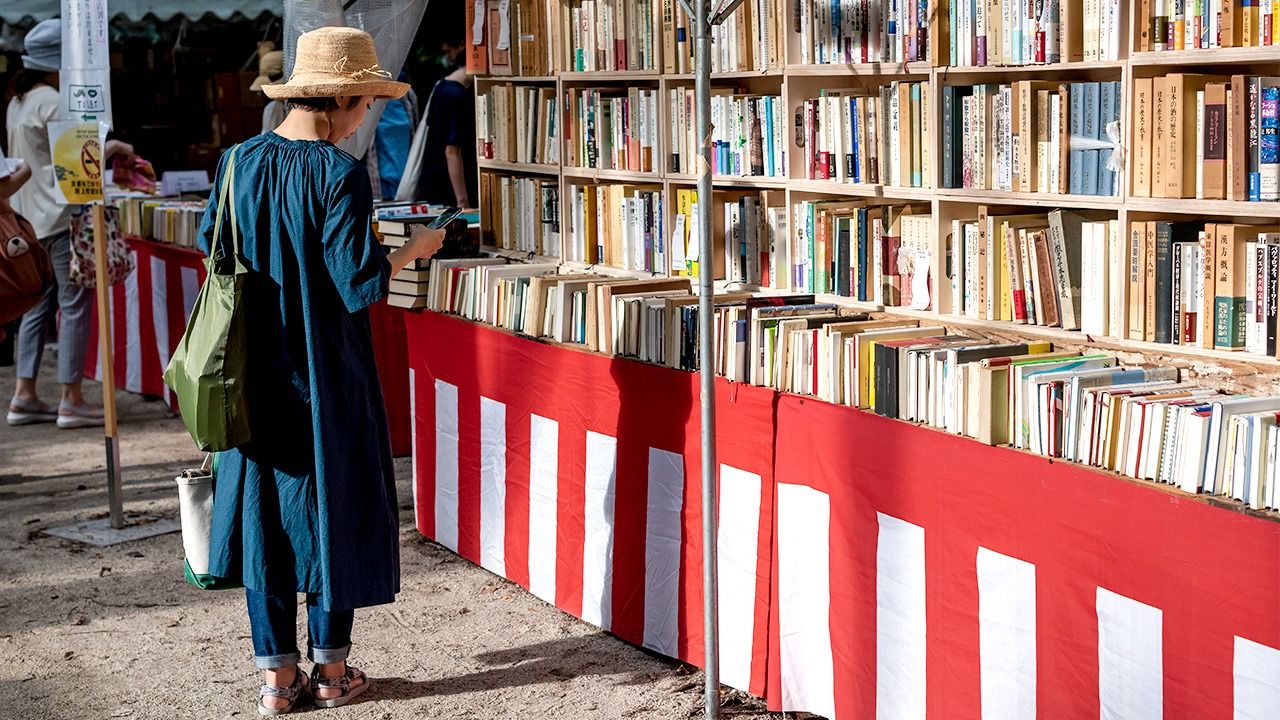 Seeking the Essence of the Novel: A Short History of Meiji Literature

Books Arts Culture Jun 28, 2019
The Meiji era was a time of reinvention for both Japanese fiction and traditional poetry. We present an overview of the literary era and a short list of suggested reads.

A Move to Realism

Japan’s enforced opening to trade with the United States and other world powers in the mid-nineteenth century brought a steady flow of ideas from overseas. Before long, Japanese writers began to consider the concept of the modern novel or translate examples of the form by foreign authors. The Meiji era (1868–1912) ultimately produced many works now considered classics, but it took some time for these to emerge.

Fiction itself was nothing new in Japan. The broad movement of the Meiji era, however, was toward greater realism, as advocated in the influential Shōsetsu shinzui (The Essence of the Novel) by the critic and author Tsubouchi Shōyō, which was published in two volumes from 1885 to 1886. Tsubouchi rejected in particular the didactic tendency to reward virtue and punish evil (kanzen chōaku) that had become typical in the fiction of the time.

A second major shift during the period was away from an established, overtly literary style toward a colloquial form of writing that was closer to spoken Japanese. While this was a lengthy process, which could vary by author and even among books written by the same author, vernacular fiction had become standard by the early twentieth century. This created a clear linguistic break with the literature that came before it.

Japan’s leading Meiji era novelists Mori Ōgai and Natsume Sōseki both took influence from overseas. As an army physician, Ōgai spent several years learning medicine in Germany. The experience inspired his 1890 story “Maihime” (“The Dancing Girl”), which is one of the earliest enduring works of the era. He went on to combine an army career with literary creativity, writing novels like Ita sekusuarisu (Vita Sexualis) and Gan (The Wild Geese), and impressive historical fiction in the Taishō era (1912–26). 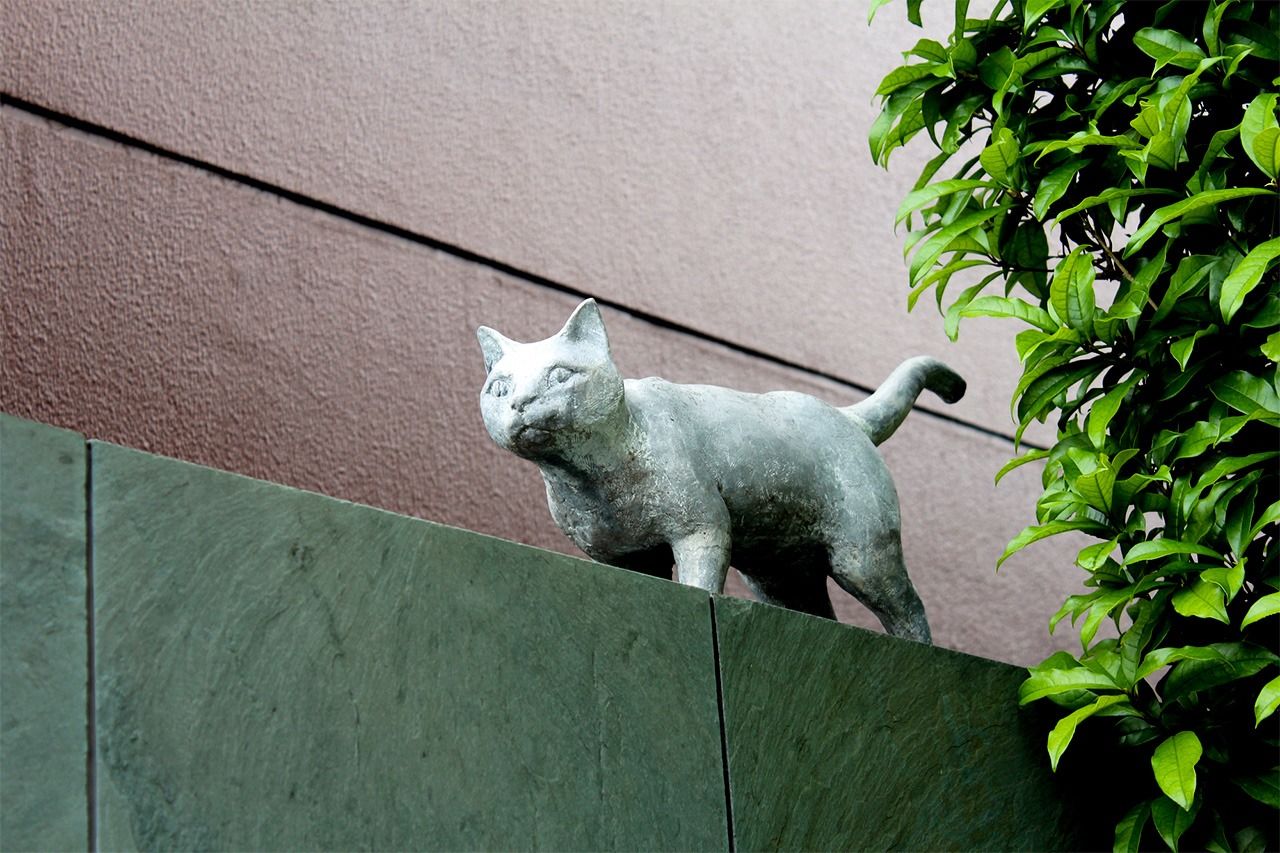 A cat statue prowls at the site of Natsume Sōseki’s former residence in Bunkyō, Tokyo. (© Pixta)

Natsume Sōseki’s two unhappy years studying English literature in London preceded an extraordinary period of activity. From 1905’s breakthrough work Wagahai wa neko de aru (I Am a Cat) to his death in 1916, he wrote all of the classics on which his reputation as Japan’s greatest modern novelist rests, including Botchan, Sanshirō, and the early Taishō Kokoro. The popularity of I Am a Cat and strong sales for other early works laid the basis for his prodigious productivity by winning him a full-time position writing fiction at the Asahi Shimbun.

Other notable fiction writers of the Meiji era include Higuchi Ichiyō, who wrote many admired stories before dying of tuberculosis in 1896 at the age of 24. Shimazaki Tōson is remembered particularly for Hakai (The Broken Commandment), which tackled discrimination against the burakumin minority. Meanwhile, Izumi Kyōka went against the tide toward realism, publishing romantic stories of fantasy and the supernatural.

In poetry, Masaoka Shiki breathed new life into the haiku. His efforts began with powerful critical attacks calling for revolution of the form, and by the end of his short career, he had established his reputation as one of Japan’s master haiku poets. The other main traditional form of tanka also transformed for modern readers through the output of writers like Ishikawa Takuboku, who wrote in a direct, unaffected style, and pioneering feminist Yosano Akiko.

The story—its title literally means “comparing heights”—focuses on a group of children who live near the pleasure quarters of Yoshiwara in Tokyo, and are driven by their backgrounds to contrasting destinies as they approach adulthood.

Translations: “Growing Up” by Edward Seidensticker, in the anthology Modern Japanese Literature: From 1868 to the Present Day edited by Donald Keene, and “Child’s Play” in In the Shade of Spring Leaves: The Life of Higuchi Ichiyo, with Nine of Her Best Stories by Robert Danly.

While most known for his haiku, which brought a vivid realism to the form, Shiki also produced many fine tanka. The best way to appreciate his work in English is through Burton Watson’s selection.

The frank eroticism of this collection of 399 tanka jolted the Japanese reading public, who were not used to such open sensuality from a female poet. Initially denounced, it has since been recognized as a classic.

Translation: A Girl with Tangled Hair by Jane Reichhold and Kobayashi Machiko.

Although it begins with light-hearted feline adventures from the title character’s perspective, Sōseki’s first novel soon shifts to satire of the cat’s owner and Meiji intellectual society. Much of the humor targets the characters’ undiscerning admiration for the West.

Translation: I Am a Cat by Itō Aiko and Graeme Wilson.

A moneylender’s mistress meets a medical student and longs for him to help her escape the life she has been forced into by poverty.

Translation: The Wild Geese by Ochiai Kingo and Sanford Goldstein.