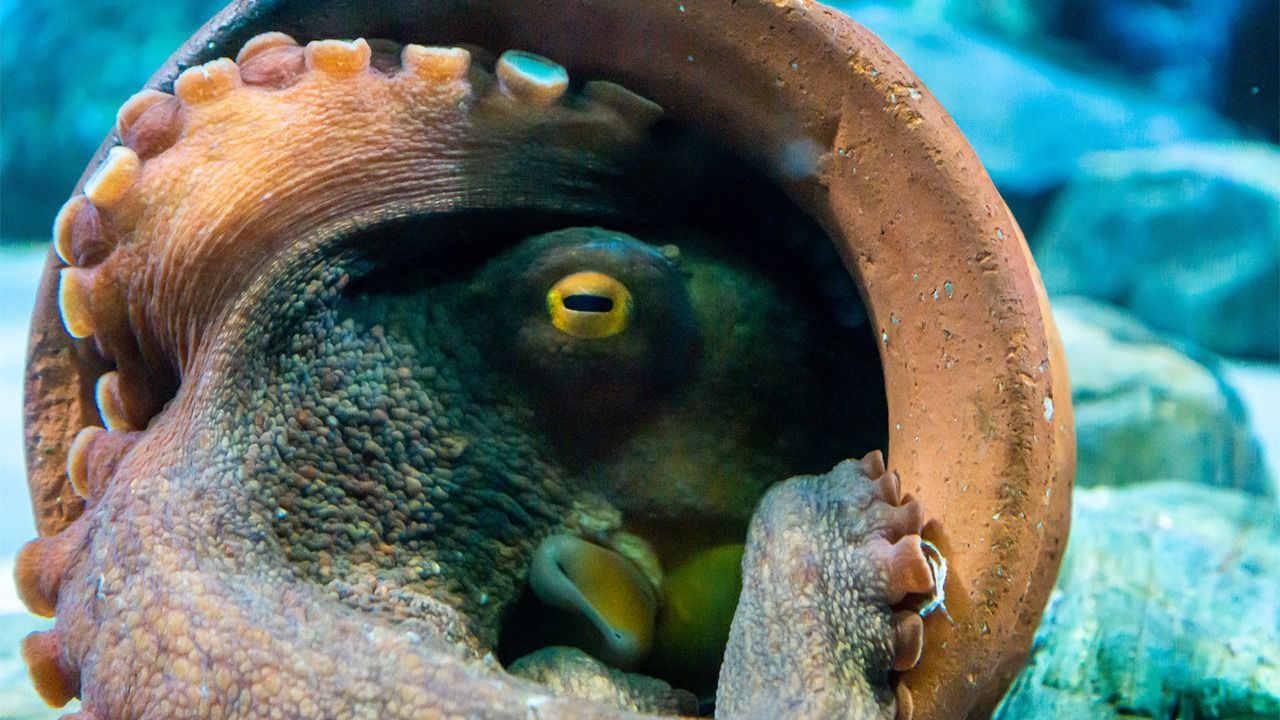 Culture Dec 21, 2022
Known as the shortest form of poetry in the world, the haiku has a startling capacity to open up and reveal worlds within.

The spiritual life of an octopus, a woman back from flower viewing and undressing in the privacy of her bedroom, the pale, almost unearthly cries of wild ducks at twilight—what do they have in common?

Not much, you’d think, but strangely enough, there is room for them all in the haiku, the shortest form of poetry in the world:

I slip off my

the ribbons and laces

The first poem is by Matsuo Bashō (1644–94), the greatest haiku poet of all. Octopus pots are ceramic pots that take advantage of the penchant of octopuses for squeezing into small spaces. The fishermen lower the pots to the bottom of the sea during the day and then pull them up shortly before dawn. In the darkness of the pot as it rests on the floor of the sea, the octopus settles in for the night, innocently dreaming, or so the poet imagines. At dawn, when it is hauled up, its brief dream—for the summer nights are short—will be over. Our life, its life, is no more than a dream. But it has been touched by the moon, symbol of enlightenment and eternity.

The second poem is by Sugita Hisajo (1890–1946), one of the major haiku poets of the twentieth century, and a woman. Back from spring flower viewing, the woman undoes her kimono, which is patterned with flowers for the season. Kimono have no zippers or buttons, but are held in place by fabric cords. Beneath the kimono itself, is the under kimono and beneath that a simple shift, so the woman in a formal kimono is all wrapped up in cords and strings and laces, of cotton and silk, in a variety of colors and shapes. Like a package. As she slowly unwraps herself, the cords and ties open, trail, fall, making a rainbow of colors.

The third poem is by Bashō again. As night comes over the sea, the cries of the wild ducks calling back and forth somehow seem to take on body and color, pale against the darkness, mingling with the last leftover light. The synesthesia, or the mingling of the senses, in this poem appears in a number of Bashō’s other poems as well. (This translation, like all the translations here, is my own. Bashō’s original poem, like most haiku, is printed in one line, although when written calligraphically it can be in several.)

Into the Lives of Others

Haiku has other tones than the ethereal, almost surreal quality of these poems about common everyday things. The down-to-earth tone of the next three poems is often thought of as quintessential:

of crossing a summer stream

in the summer grass

I sometimes wonder what watchers of the sky from a distant galaxy would think if suddenly there swam into their ken a new planet, very near Earth, covered with slips of paper fluttering leaf-like in the cosmic breeze. When, thanks to technology we cannot even imagine, they were able to recuperate the poems, these rescued artifacts would become one of the prized inheritances of their own world, precious evidence of another place and time.

The three poems above are by, respectively, Yosa Buson (1716–84), the greatest haiku poet after Bashō, Kobayashi Issa (1763–1828), a much beloved premodern poet, and Fukuda Haritsu (1865–1944), a relatively unknown modern poet and follower of Masaoka Shiki (1867–1902). Reading them, those watchers of the sky might feel they could taste a little of what it had been like to live on Earth. They could imagine the coolness of a stream in summer, the sudden excitement of children coming out to play after the winter snows beginning to melt, a bashful chicken hiding from its owner. They could feel they were getting closer and closer to the feelings Earthlings must have had— some of whom may have been, eons ago, their own ancestors. This is a way of saying that these poems have the feel of lived life, and take us into the lives of others, as well as reflecting our own.

Having jumped forward into the distant future, let me go back deep into the past of our own planet.

What we now call haiku was not originally the independent form that it is today. Many of the verses that are now famous as haiku were originally the first link in a linked verse chain (haikai no renga). It was Matsuo Bashō and his followers who brought informal linked verse to a peak of artistic perfection in the seventeenth century, and by the late Edo period (1603–1868), linked verse had become extremely popular. This led, paradoxically, to a debasement of the art, which, combined with the vogue for all things Western in the early Meiji period (1868–1912), threatened for a time to kill off not only linked verse, but also that first verse, the hokku, which had achieved semi-independence from linked verse. It was the passion, determination, and brilliance of Masaoka Shiki that saved it from this dismal fate. Shiki provided the theory and the practice that enabled the birth of modern haiku.

Shiki chronicled the beginning of his own love affair with haiku with disarming simplicity and humor in his sickbed diary Bokujū itteki (A Drop of Ink). Looking back on his college days, when he moved out of the dormitory to a house where he lived alone, he describes how his obsession with haiku led to his flunking out of school. His desk was usually cluttered with haiku books and novels but when an exam loomed, he would neaten it up and set out his notes: “Examinations came to mean nothing but a flood of poetry. Bewitched by the goddess of haiku, nothing could save me. I failed the final examinations of 1892 . . . [and] withdrew from school once and for all.”

As Shiki got more attached to the form, he began making some rules for himself and then teaching them to other people. The most important one was dedicated observation of one’s surroundings. In the 1899 essay “Zuimon zuitō” (Random Questions and Random Answers), his instructions for the beginning poet, he wrote: “Take your materials from what is around you—if you see a dandelion, write about that; if there is mist, write about the mist. The materials for poems are all about you in abundance.”

Shiki’s method, which came to be called the sketch from life, or shasei, was based on observation of an unusually intense sort, what we now call mindfulness. When practiced devotedly it drew the practitioner into a kind of quiet creative ecstasy. As Shiki put it in “Haikai hogukago” (Haiku Wastebasket): “The writer takes his raw materials from nature, then refines them and makes them part of his own imagination. In this sense, one may call him a second Creator.”

Mindfulness is well suited to a minimalist form like the haiku. It also, paradoxically, makes multiple interpretations possible. The plenitude of possible interpretations, none of which cancel each other out, makes one feel, for a time anyway, that—dare I say it?— the universe itself is generous. In this sense, the brief haiku, usually no more than seventeen syllables, is a truly capacious form.

To illustrate, I want to leave you with a very personal reading of the octopus poem, the first one I talked about.

When I was a child living on the shores of a small harbor in Connecticut, lobstermen used to set their traps in the waters off our house and in return for letting them use our driveway to park their truck, they would give us the lobsters that were missing claws, which were unsellable. Many years later, when I first read Bashō’s poem about the octopuses, I imagined the octopus pot, which I had never seen, as a lobster pot and every time I read the poem I thought of the place where I had grown up.

Effortlessly, the poem expands to include me and my childhood home, along with that octopus in the Inland Sea hundreds of years ago, not to mention the moon, enlightenment, and eternity itself. Instead of shrinking into a pinpoint of observation, there is a sense of expansion and of generosity, as the words give up memories of times and places.

How are we any different from the octopus? We aren’t. In Bashō’s poem, we meet the octopus and it is us.