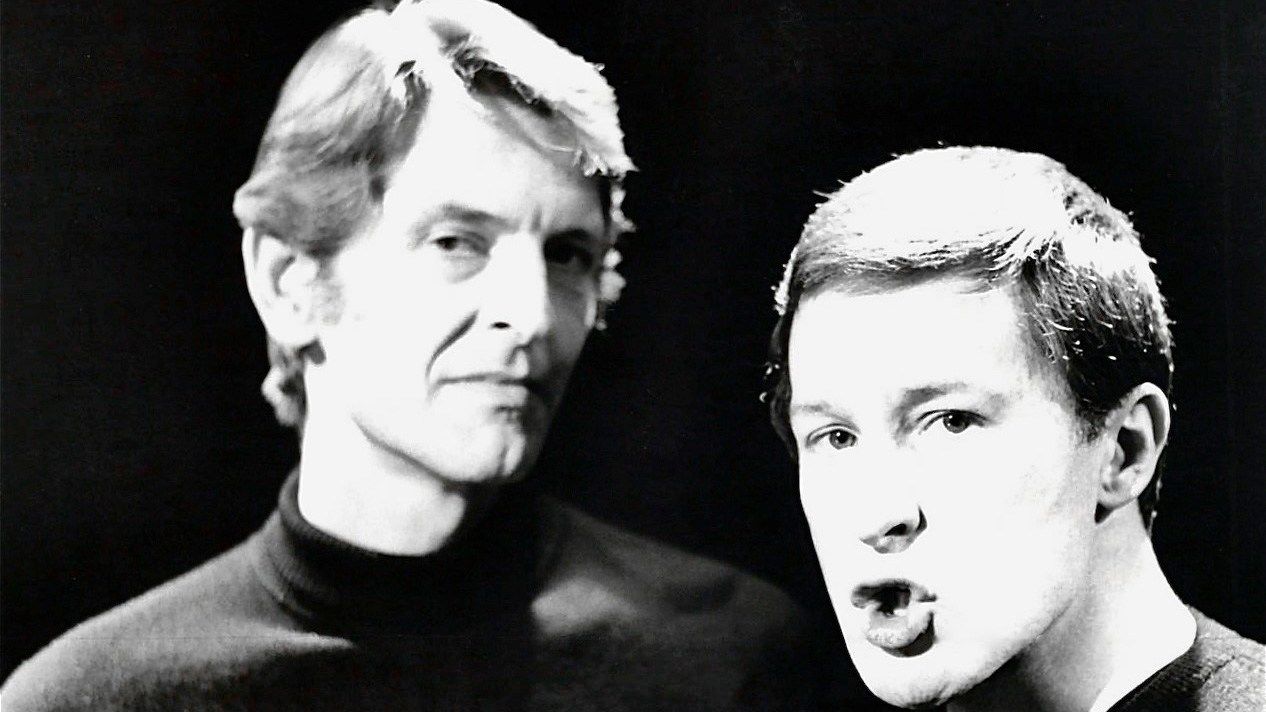 “This Great Stage of Fools”: After 25 Years, More Writings on Japan by Alan Booth

Alan Booth, a British expat who called Japan home for more than two decades, is best known for The Roads to Sata (1985) and Looking for the Lost (1995), two classics of travel writing that take readers on contemplative journeys into the heart and soul of the country. More than 25 years after the author’s death, a new anthology of uncollected writings titled This Great Stage of Fools joins Roads and Lost to form something of a Booth trilogy that fans—or anyone who enjoys fine writing—will want to add to their bookshelf.

The anthology is largely the labor of Booth’s longtime friend and editor Timothy Harris, a fellow Englishman and dramatist who helped launch Booth’s writing career as a film reviewer for the English-language daily Asahi Evening News in 1979. Booth contributed to the paper for more than a decade, also putting his talents to work in publications like the Japan Airlines inflight magazine Winds and the Tokyo Journal, where he penned deeply insightful and entertaining pieces on topics ranging from travel to folklore to politics.

Booth succumbed to cancer in 1993 at the age of 47, but over his 13-year career he amassed an impressive collection of articles, essays, and other works. However, most of these uncollected writings have remained out of circulation, tucked away in library archives and storage rooms. Harris should be commended for his efforts in bringing a selection of these pieces into the light again and for giving readers the opportunity to enjoy a side of Booth that is both familiar and distinct from his books.

The first third of the anthology’s 300-plus pages are dedicated to Booth’s Asahi Evening News film reviews. Booth had been a gifted drama student at the University of Birmingham when he arrived in Japan in 1970—he had come to study nō theater, but his enthusiasm soon faded—and boasted a finely honed understanding of the performing arts. He had also developed a keen interest in Japanese cinema that made him a perfect fit for the Asahi job. Rather than simply panning or praising, Booth in his reviews deftly lays bare the merits and flaws of some of the best—and worst—of 1980s Japanese cinema. The tone of pieces run the range from serious criticisms, such as with Ōshima Nagisa’s 1983 Merry Christmas, Mr. Lawrence and Takahata Isao’s 1988 The Grave of the Fireflies, to laugh-out-loud lambasting of cinematic disasters—teenage pop idols are shown no mercy. The collection revisits a number of well-known classics like The Funeral (1984), Ran (1985), and Akira (1988) and also contains a bounty of titles less familiar to Western audiences.

The middle section of the anthology contains a number of excellent essays on festivals and folksongs, two aspects of Japanese popular culture that Booth was deeply curious about. Written in the author’s familiar travel style, the pieces feature a recognizable cast of characters—gods, locals, and a few pub masters—brought vibrantly to life by Booth, with his incredible knack for capturing the essence of a moment. This is wonderfully illustrated in his essay on the Sōma Nomaoi , a centuries-old horse-riding festival in Fukushima Prefecture, in which he writes: “From the three shrines whose festival this is come priests in white to bless the field and the gods in their mikoshi, to watch the riders unwinding slowly, opening their sake bottles, speaking to their horses in quiet voices, and treading the ground over which, the next day, they will struggle for the banners of the shrines.”

Harris, during a February 2019 event at the Foreign Correspondent’s Club of Japan promoting the anthology, noted that although Booth was not professionally trained as a writer, he struck a chord with readers with his honest approach to the art. Harris echoes this sentiment in his foreword to the anthology, describing Booth’s “great intelligence, his dislike of pretension, and his grasp of social realities.” 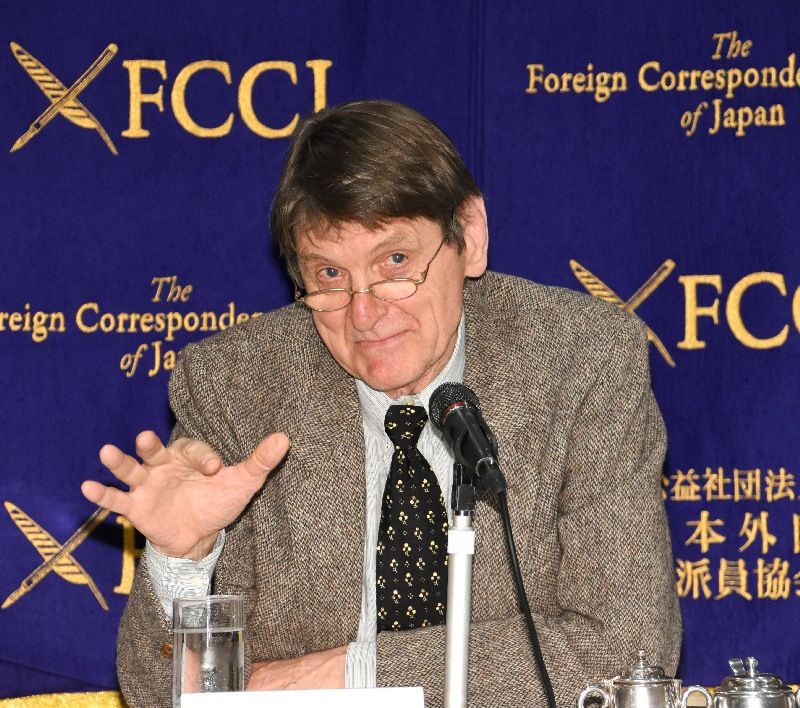 Timothy Harris speaks at the Foreign Correspondent’s Club of Japan on February 26, 2019. (© FCCJ)

These attributes are on display throughout the book, including in pieces like the sober portrait of blind Tsugaru-jamisen player Takahashi Chikuzan and Booth’s candid account of his knee-shattering walk across rural Shikoku. They are most poignantly apparent in the anthology’s final section, in which Booth gives a stirring account of life with cancer. Written at times from his hospital bed, it will have readers cringing at his candor and laughing at his irreverence even in the shadow of death.

This Great Stage of Fools takes its name from King Lear, a nod to Booth’s lifelong love of Shakespeare. Booth’s mind and wit are sorely missed, but readers of the book can enjoy it again, and ponder at what could have been.

This Great Stage of Fools was published in 2018 by Bright Wave Media. 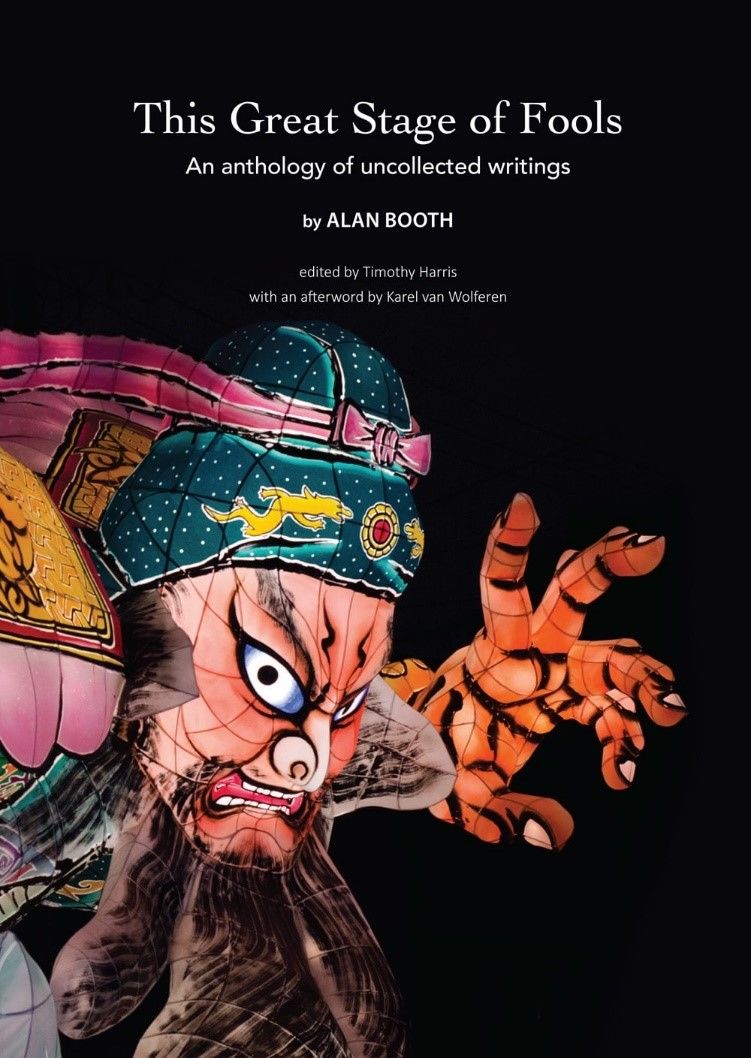