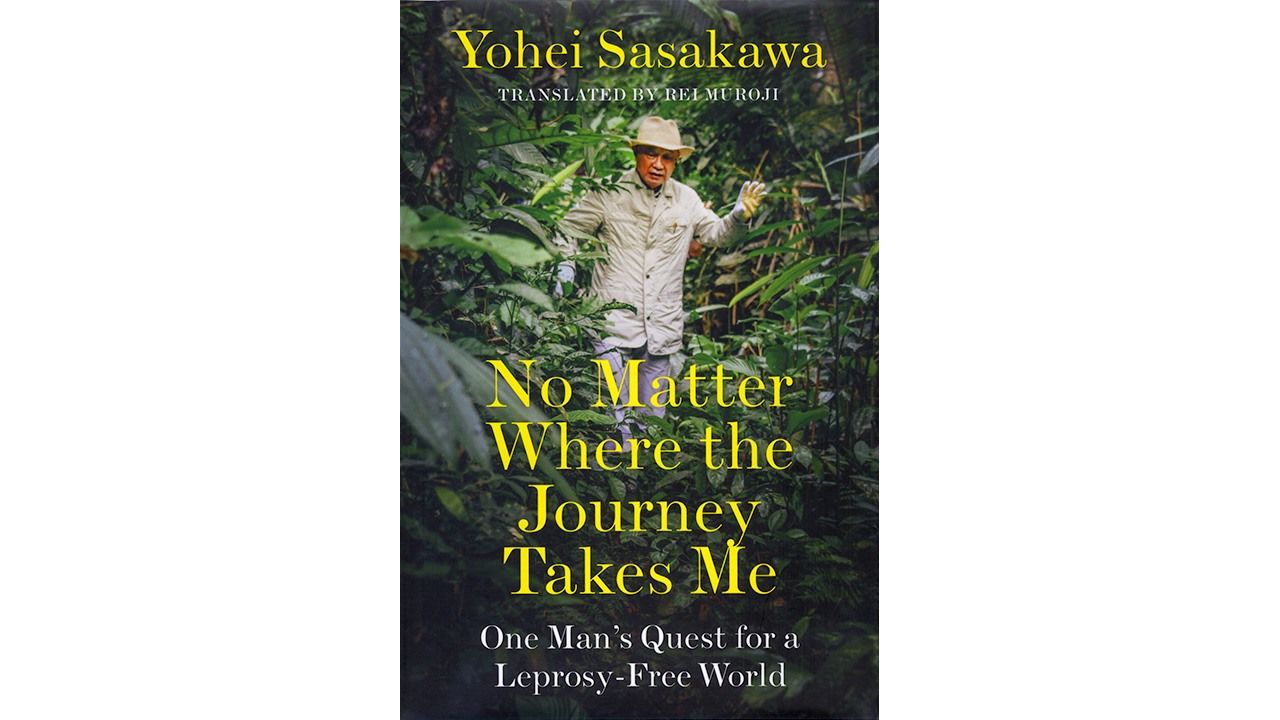 “No Matter Where the Journey Takes Me”: Sasakawa Yōhei and the Fight Against Leprosy

Books Society Sep 18, 2019
With No Matter Where the Journey Takes Me, published in 2019 in English, Sasakawa Yōhei has penned a valuable guide to the modern history of humankind’s fight against leprosy and the discrimination related to the disease, as well as the roles he and the Nippon Foundation have played in it.

As chairman of the Nippon Foundation, Sasakawa Yōhei presides over a grantmaking organization active in a broad range of societal causes. The cause dearest to him for decades now, though, has been the treatment of people with Hansen’s disease, commonly known as leprosy, and the struggle to do away with the discrimination they face around the world.

The decision to make the global fight against the disease his life’s work was one that came first in 1965, when he accompanied his father, Sasakawa Ryōichi, on a visit to a South Korean leprosy hospital. He recounts being moved by the view of his father taking the patients’ hands into his own and offering them words of comfort—a human touch they had rarely enjoyed since their diagnosis.

From Divine Punishment to Treatable Disease

Indeed, the disease was once one that inspired terror among those who came into contact with its sufferers. The Mycobacterium leprae bacillus attacks the skin and nervous system. As it progresses, it causes muscular paralysis, deterioration in eyesight, and a loss of sensation in the extremities. These conditions make patients prone to injuries or burns, leading in severe cases to further infection, disfiguration, and loss of body parts. In the opening chapter of No Matter Where the Journey Takes Me: One Man’s Quest for a Leprosy-Free World, Sasakawa explains how humankind has progressed from fearful views of this infectious disease as a form of divine punishment to an understanding of how it can be treated and defeated.

No Matter Where the Journey Takes Me, published in 2019, is an English translation of the 2014 Japanese publication Zanshin featuring updates and additional information on recent global developments in the Hansen’s disease field. Sasakawa has filled this dense book with a detailed overview of the modern history of the fight against the disease—a highly successful fight, with more than 16 million cured around the world since the introduction in the 1980s of multidrug therapy. MDT became a key weapon in the arsenal the Nippon Foundation brought to bear against the illness: The organization provided the drugs free of charge to governments and health authorities around the world, helping to drive the prevalence rate below 1 case per 10,000 population—the level at which leprosy is declared to have been eliminated as a public health problem—in numerous countries. The book details national campaigns in places like India, which went from a prevalence level of 58/10,000 in 1983 to achieve the 1/10,000 elimination mark in 2006; Nepal, which in 2009 became the last country in Asia to do away with leprosy as a public health problem; and Brazil, which has the second-highest number of cases in the world after India and remains short of the goal, with a prevalence rate of 1.3/10,000.

Sasakawa stresses that the achievements of national targets do not mean that the job is finished. Regional rates can be much higher in different parts of a country, especially one like Brazil with a decentralized and hard-to-access population scattered across a vast territory. More importantly, though, he argues that the disease has never been one to battle solely in terms of epidemiology. He repeats three messages on leprosy that he has long shared with people around the world: “that leprosy is curable, that treatment is free, and that it is wrong to discriminate” against those who suffer from it. Medical advances and financial support from organizations like his Nippon Foundation and the Sasakawa Health Foundation can make the first two messages abundantly clear, but the third is one that requires painstaking educational efforts to drive home.

Successes in the Struggle So Far

No Matter Where the Journey Takes Me is a solid description of Sasakawa’s own work to deliver the third message to audiences in the countries where the battle against the disease has been fought, as well as in the halls of global power. In 2003 the Nippon Foundation moved on from simple financial assistance covering medical treatments and pushed into the area of the human rights of people affected by leprosy—including not just patients who have or once had the disease, but also their families, who have often been forced into quarantine along with them. In 2006 Sasakawa launched the annual Global Appeal initiative, calling on people “to change their perception and foster an environment in which leprosy patients, cured persons, and their families can lead normal lives free from stigma and discrimination.” Signatories to these appeals have included political leaders, Nobel Prize laureates, heads of medical organizations and human rights NGOs, and representatives of the world’s major religions.

Sasakawa’s book introduces a number of figures who have played outsized roles in the battle against the disease. One was Ishidate Morizō, a University of Tokyo professor and “the father of chemotherapy in Japan,” who in 1946 became the first Japanese to successfully synthesize promin, a drug intended originally to treat tuberculosis that proved effective against leprosy as well. Dr. Ishidate would work with Sasakawa Ryōichi from the 1970s onward as a director of what is now the Sasakawa Health Foundation. The author’s father is a central subject for one of the book’s chapters, which spells out his history as an activist, a philanthropist, and the founder of the Japan Shipbuilding Industry Foundation (now the Nippon Foundation). While Sasakawa Yōhei writes that one goal of the book is to rehabilitate the image of his father, a man sometimes viewed as a shady figure in Japan’s early postwar decades, he successfully contextualizes his activities and achievements as part of the work of ending leprosy and helping those affected by it—work that the son continues in his father’s footsteps.

Work Remains to Be Done

Medical science has taken us beyond the era when those affected by leprosy were shunned and shut away in leprosariums or remote colonies. This book makes it clear, though, that discriminatory views of the disease and its sufferers have not always kept pace with that scientific progress. A particularly interesting section on the situation in Japan details how leprosy legislation issued in the early twentieth century remained on the books well into the era when medicines had become available for the disease, and the Leprosy Prevention Law of 1953, which remained effective until 1996, effectively prevented the reintegration of cured patients in society. Lawsuits against the government rolled through the courts until this century, when the authorities finally offered restitution to those whose human rights had been trampled on by harsh rules with their roots in ancient fears.

“Today,” writes Sasakawa, “there are many young people in Japan who are altogether unaware that the disease of leprosy ever existed in this country.” There are still nearly 1,500 people living in the nation’s former leprosariums, though, and globally, the disease remains a threat to counter with money, medicine, and educational outreach. This book is a valuable reminder of the fight that continues as well as a richly detailed overview of our successes in that battle so far. 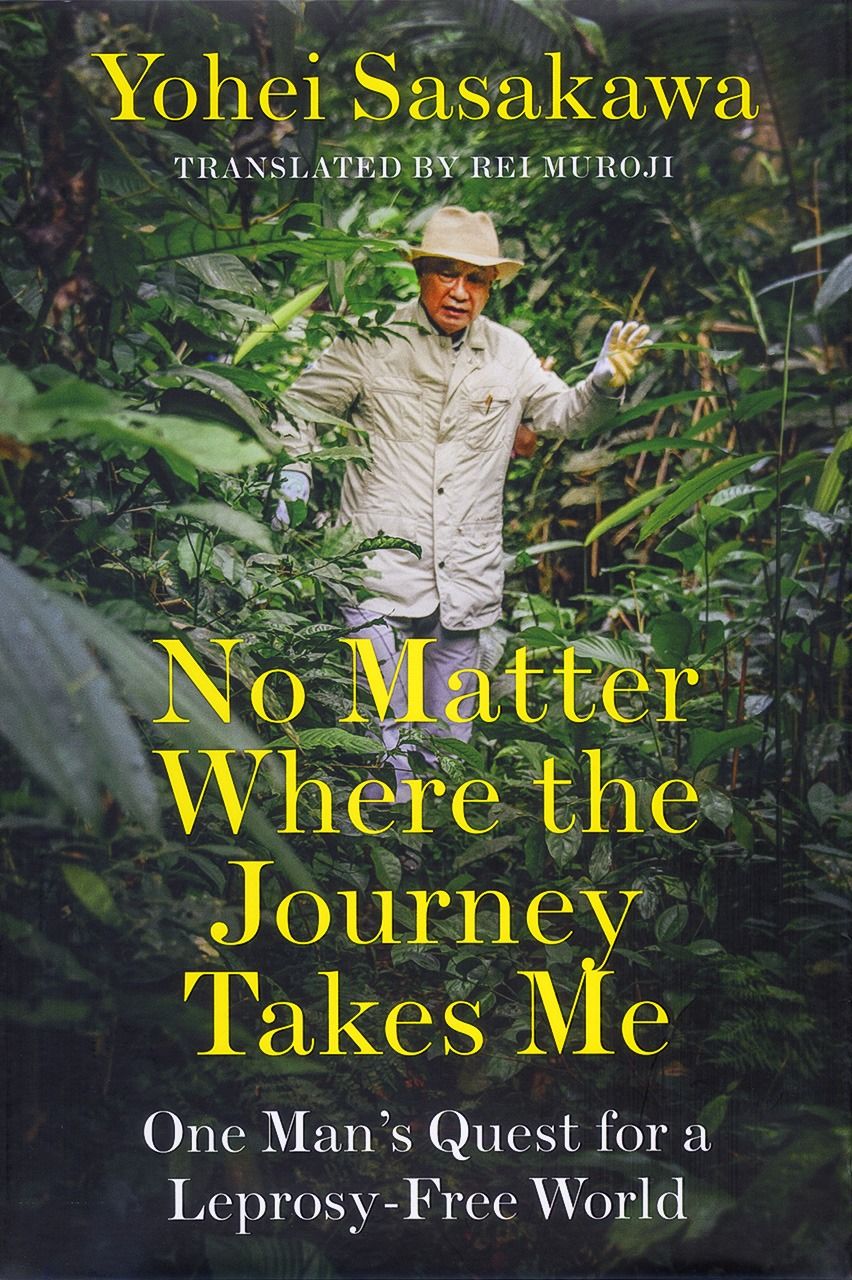 No Matter Where the Journey Takes Me: One Man’s Quest for a Leprosy-Free World