“Tokyo Ueno Station”: A Tale From the Soul for Those Who Do Not Belong

Akutagawa Prize-winning author Yu Miri’s novel JR Ueno-eki kōen-guchi first went on sale in Japan in 2014. The English translation by Morgan Giles, Tokyo Ueno Station, was published in the United States in 2020 to widespread acclaim, and received the National Book Award for Translated Literature. Its ambitious depiction of human life and death has struck a chord with readers around the world. 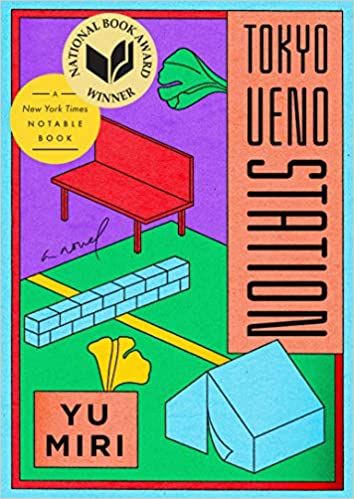 The US edition of Tokyo Ueno Station. (Courtesy Riverhead Books)

Following the announcement that Tokyo Ueno Station had won the National Book Award on November 19, 2020, a wave of demand for the original hit bookstores across Japan, causing an immediate shortage. It was quickly given a new print run of 270,000 paperback and 17,000 hardback copies, and more than 300,000 copies had been sold by the end of the year. Six years after its original publication, the prize win made Tokyo Ueno Station an overnight bestseller.

The National Book Award was certainly not the only reason that Tokyo Ueno Station captured global readers’ hearts. At an event held by the Japan National Press Club in December 2020, Yu commented, “It certainly isn’t a cheerful book. However, everyone is suffering right now, and many people see the situation through a lens of despair instead of a lens of hope. Perhaps the story fit their thinking.”

During the COVID-19 pandemic, “Stay at home” became a watchword. In those uneasy months, however, how many spared a thought for those who did not have a home at all? Tokyo Ueno Station is a book for all the people who do not belong anywhere—who have no home to which they can return.

Kazu, the protagonist of Tokyo Ueno Station was born on the same day as the current Emperor Emeritus Akihito. His son Kōichi is born the same day as Emperor Naruhito. The lives of the two families, however, could not be more different. The year before the 1964 Summer Olympics in Tokyo, Kazu comes to the capital seeking wages he can send back to his family.

He finds work as a laborer in construction, building Olympic venues and accommodation facilities. Working daily overtime and avoiding drink, gambling, and women, he is able to send back a monthly remittance about equivalent to what a college-educated salaryman made at the time. He returns to his home only twice a year, for Obon and New Year’s. His two children forget what he looks like, and when Kōichi dies suddenly and unexpectedly at the age of 21, any hope of bridging the gulf between father and son is lost.

At 60, Kazu finally returns home to enjoy a quiet retirement with his wife, but a few years later she, too, dies, aged 65. His granddaughter comes to live with him, not wanting to leave him in the house alone, but he cannot bear the thought of tying down an unmarried 21-year-old woman. Leaving a note pleading with her not to come looking for him, he boards the Jōban Line back to Tokyo.

Kazu disembarks at Ueno Station, the end of the line, and emerges from the Ueno Park ticket gates. There he spends his first night sleeping rough, soon joining the encampment of homeless people in a part of the park known as Mount Suribachi. Toward the end of the novel, after a haunting image of Kazu’s hometown and granddaughter swept away by the tsunami of March 11, 2011, leaving him bereft of any place to return to, we follow him as he slowly approaches the yellow line at the edge of the Yamanote Line train platform.

According to Yu, the novel is among other things a portrait of isolation, which, as she conceives it, is more profound than mere loneliness. It comes when all ties to other people are lost.

An Endoscope to View Characters’ Hearts

The initial inspiration for this novel came to Yu in 2006 when she was reporting on the “special cleaning” performed inside the park when members of the imperial family visited facilities such as the museum and art gallery. Known as “mountain-sweeping” (yamagari) by the homeless who lived in the park, these initiatives were used to push them out of sight and make it harder for them to return.

Speaking to the park’s residents, Yu learned that many had come to Tokyo from the Tōhoku region to search for work in groups and send money back home. The reasons they gave for their homelessness were varied, but one common theme emerged: “When I arrived at Tokyo, I disembarked at Ueno Station. I don’t have a home to return to now, but I could walk through those ticket gates and board a train that will take me to my hometown.”

Five years later, the Great East Japan Earthquake wreaked devastation in the Tōhoku region. Yu visited the area around the nuclear reactors one day before the entire zone within a 20-kilometer radius of the reactors was declared a restricted area and closed to visitors. In March 2012, she began hosting a radio program for Minamisōma City Hall’s emergency broadcast station. Much of her work as an announcer was simply listening in silence as local residents told their stories. By the time the station closed in March 2018, she had given some 600 residents an opportunity to speak in this way.

As she acted as a listener, Yu says, she began to feel the frame of her self slip away, allowing her to “weave” the sadness and suffering of those who spoke to her into her own body.

When speaking with the homeless residents of Ueno Park, they had told her, “It doesn’t matter how much we talk—people with homes will never understand how people without feel.” Those words had stuck in her heart like thorns, but now it felt to her as if those thorns had been dislodged.

“It’s true that people with homes can’t understand what it feels like not to have one,” says Yu. “But someone reading a novel can enter the heart of the characters they encounter. As a novelist, my job is to trace the course of my protagonists’ lives, not from the outside, but by acting as an endoscope to show what was in their heart, including their sadness and despair. A novel lets me do that.”

Kazu’s period of homelessness in Ueno Park corresponds to the height of Tokyo’s bid to host the 2020 Olympic Games. In the novel, he notices two “large new signs” at the edge of the park: “Future World Heritage Site: The main building of the National Museum of Western Art has been recommended as a UNESCO World Heritage Site” and “Japan needs the power of dreams now more than ever. Bring the 2020 Olympics and Paralympics to Japan!” The park is made “tidier” than ever at this point, utterly changed, and the homeless are forced to remain within designated areas. Will they, Kazu wonders, be “targeted for reduction once the foreign commissioners in charge of World Heritage listings and Olympic selection committees [catch] sight of the homeless’s tents?”

The Japanese original was published half a year after Tokyo was officially awarded the games, and Yu comments on this in the afterword: “Many people view the Tokyo Olympics scheduled for six years from now through a lens of hope, and this is exactly why, when I look through that lens, I see something out of focus. I see what lies beyond ‘inspiration’ and ‘passion.’”

As it turned out, her unease was warranted. When construction for the Tokyo Olympics began, prices for construction materials soared and labor drained away from disaster-affected areas. Some survivors of the earthquake and tsunami were forced to delay rebuilding their family homes. The “Recovery Olympics” put the actual work of recovery on hold.

In 2015, Yu moved from Kamakura to Minamisōma, where she currently runs a book café along with continuing to work as a reporter and writer.

As of November 30, 2020, the population of Odaka, Minamisōma, where Yu lives, was 7,053. Before the nuclear accident, it was 12,834. Around half of the returned residents are aged 65 or older, and there are fears that the aging of the town’s population will accelerate. The COVID-19 pandemic has also caused a rise in people dying alone.

Meanwhile, the work of decontamination and residential demolition around the nuclear reactors falls mostly to minimum-wage workers from Okinawa and day laborers from Osaka. Some of them face unfair termination and become homeless themselves. Some workers who die from illness or accident have no next of kin or are found to have been working under assumed names, their true identities unknown. Urns with remains that no one comes to claim are stored at the local Buddhist temple by the head priest.

Efforts to win the Olympic Games, followed by the COVID-19 pandemic, tore away the veil concealing these sights, Yu says, and she hopes to write about them in a companion work to Tokyo Ueno Station. Her tentative title is JR Jōban-sen Yonomori-eki, which might be translated into English as Fukushima Yonomori Station.

“No one can live without experiencing loss,” says Yu. “At the end, everyone loses their own life. But I don’t believe that the things we lose simply vanish into nothingness. A person’s existence, the events of their life—all this echoes beyond their death. Listening to those reverberations in the wake of loss is precisely what novelists should do.” 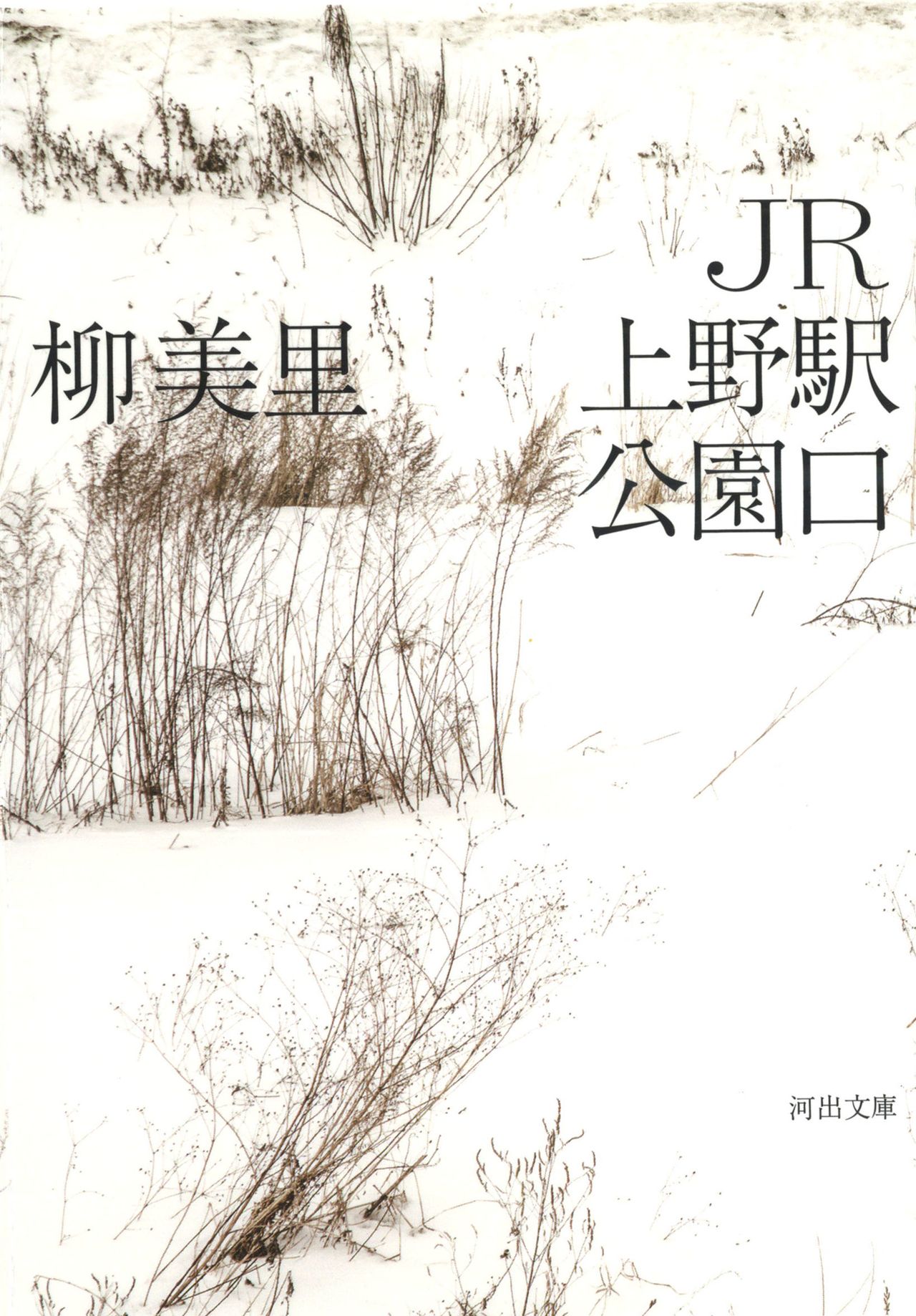