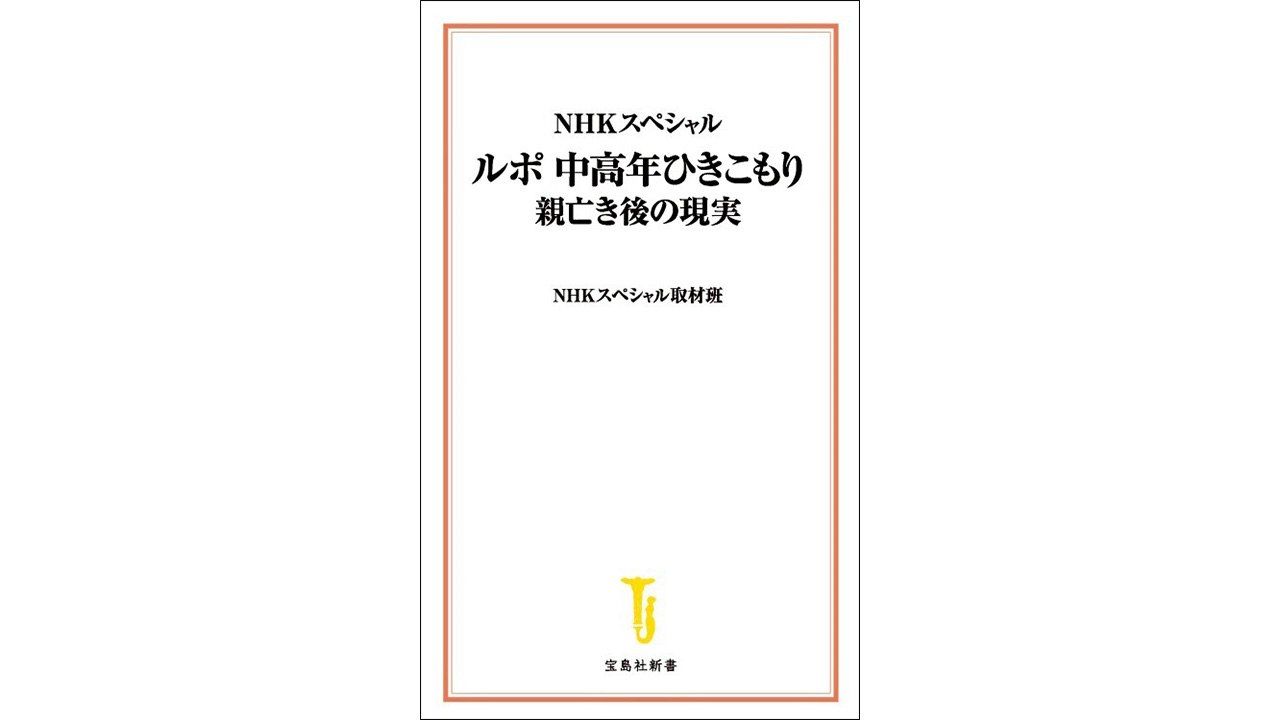 Is There a Way to Reach Out? Thoughts on the Aging “Hikikomori” Population

Books Society Jan 14, 2022
Japan is home to many spending their lives as hikikomori, social recluses. While there are some hikikomori who successfully reintegrate in society, there are others who are in such despair about their state that they long for euthanasia. The author reports on the hikikomori challenge today in Japan, referring to a recent NHK book on the subject.

Could It Happen to Me?

I recently finished the 2021 NHK publication Rupo: Chūkōnen hikikomori, oya naki ato no genjitsu (A Report on Middle-Aged and Older Hikikomori and the Reality of Their Lives Once Their Parents Are Gone). This book, based on an NHK documentary program, explores the experiences of 10 hikikomori individuals later in life and their elderly parents. There was one passage that lingered on in my mind long after I finished reading it:

“Sometimes I find myself thinking that I could possibly have withdrawn from society myself. I feel so keenly that in today’s society we all run the risk of losing our jobs, of losing our households, of losing our families, and being left all isolated and alone.”

These were the words of a social worker interviewed for the book who was working at a self-reliance support organization in the city of Mobara, Chiba Prefecture, directly engaged in supporting hikikomori people.

“No, no, that could never happen to me,” I thought when I read that passage. Yet by the time I finished the book I had discovered something lurking inside myself that keeps me from declaring with confidence that it could never be the case.

After all, it seems to be that there has been little purpose underlying everything about who and where I am today. My current place in society is simply the result of accumulated accidents and chances. If I had made just one different decision somewhere at some point, somewhere in my journey, might not I have lived an entirely different life than the one I live today?

The better I came to know the 10 couplings of parent and child who appear in this work, the more that thought took hold, and the more unease I felt.

Possibly, I, too, might have lived out my life in my old home with my aging parents, the door to the outside world kept tightly shut for decades. And when death finally claimed them and the household income went away, I , too, might have been left at a total loss as to what to do, until finally, with no food left, I would have simply waited there, emaciated, to die.

What on earth, I found myself thinking, does it really mean to be alive?

The Burden of Not Working

The central theme of this work is what is known in Japan as the “8050 problem.” This is the societal challenge presented by the “80” (elderly parents in their eighties) supporting the “50” (middle-aged hikkikomori children in their fifties). It is based on reporting carried out for an NHK television documentary on hikikomori deaths and related family issues, first broadcast in Japan in November 2020.

What the parents and children appearing in the documentary all had in common was that they had all refused, and were continuing to refuse, the helping hands that had been held out to them.

“I want to find a hospital on my own, to regain my health on my own, and find a job on my own.” Not long after stating this to the NHK team, a skin-and-bones 56-year-old man who had refused the multiple urgings of a city hall social worker to get help was found dead in his home, half-buried under a mountain of trash. It was later determined that 10 years had already passed since the death of the man’s father, who had previously supported their household.

“Even if I ask for help, I don’t know if anyone would really help me . . .” the man told the interviewer. “I feel so guilty about not working that I find myself thinking such things . . .”

Another recluse in the book, aged 54, had left the decaying corpse of his 86-year-old father lying uncollected in their home for more than half a year. He told his interviewer that when he was younger he had actually found work as a cook at a number of places, but he had never lasted very long at any of them. When the body was found he had not had any work for more than 20 years. It appears that his terrible experiences working in exploitative jobs and being subjected to power harassment in the workplace had contributed to his withdrawal from society.

Indeed, the reporting team found that in many cases, even when local governments did offer assistance to “8050” households, it was the parents of hikikomori children who refused to take it, saying that everything would be all right.

“We’re all right. We’ll get by on our own somehow,” said one mother in her seventies, living with a 45-year-old son who had remained locked up in his own bedroom for more than 15 years, when asked why she refused to take her child to a hospital.

In Japan there is an old expression, reaching back across the ages: “Those who don’t work don’t deserve to eat.” It reflects a deep-seated belief that only when you are working responsibly as you should, only when you earn your own income, are you finally truly an adult—and conversely, that not being able to do that is a source of shame.

Responsibility for supporting such failed children, the belief goes, should rest with their families, not with society at large.

It strikes me that there is a whole value system deeply embedded in that simple phrase, “Those who don’t work don’t deserve to eat.” Is it possible that even readers of this book might feel, somewhere deep inside, an echo of those old values? This seems to be one question this book poses.

The Key Word Is “Meddling”

Another important factor exacerbating the “8050 problem” is a systemic mismatch—a weakness built into Japan’s support system that prevents aid from reaching those people who need it the most.

When confronted with hikikomori there is legally almost nothing that governmental and private-sector support organizations can do. The cold reality is that, even if hikikomori are so emaciated they are on the verge of death, it is impossible to intervene and take them to the hospital against their will so long as they continue to insist that they are fine. Even if the person before you clearly needs assistance, it is legally impossible to help if he or she says no.

The agony of this dilemma was something support staff at hikikomori help lines and support centers across Japan spoke of to the NHK reporters. Many of them shared the bitter experience of witnessing a person they had worried about and visited multiple times pass away on their watch.

It may be that the meddling neighborhood gossip we used to hear so often in the Japan of years past—“Come to think of it, I haven’t seen that person around recently . . .”—might sometimes have actually saved lives.

Today, however, with so many formal systems put in place, it seems that a sharp line has been drawn between what we can and cannot do to help. No matter how much we might want to reach out from “our” side of that line to offer assistance, we too often wind up grasping at air.

The “8050 problem,” which first emerged into our social consciousness in the 2010s, has now been updated to the “9060 problem.” It is clear that we are running out of time to come up with effective methods of reaching the hikikomori.

It is a burden too great for a family to bear alone; a problem that cannot be hidden away forever. What can we do to save these lives? And, as human beings, what is it that we were born to do?

After reading this book, these deep questions still linger in my heart.

(Originally published in Japanese. Banner photo: Rupo: Chūkōnen hikikomori, oya naki ato no genjitsu (A Report on Middle-Aged and Older Hikikomori and the Reality of Their Lives Once Their Parents Are Gone). By the NHK Special Reporting Team. Published by Takarajimasha in November 2021. ISBN: 978-4-299-01548-8)