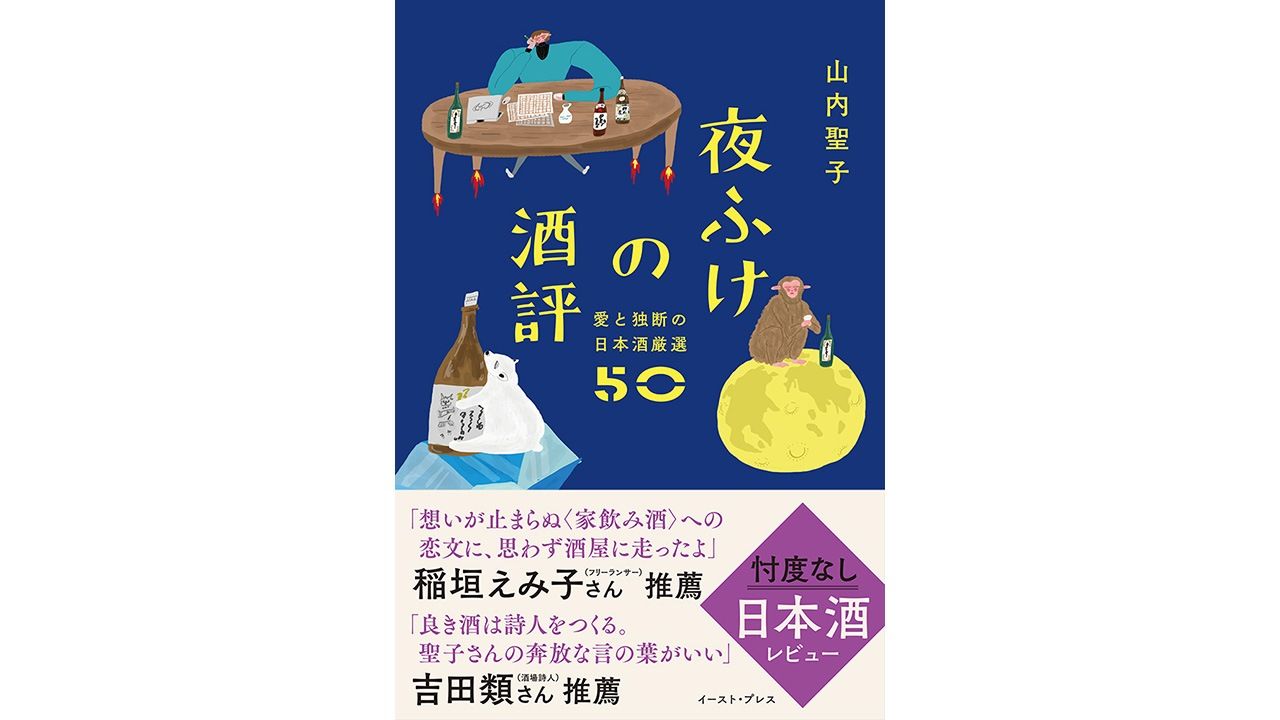 Food and Drink Society Books Jan 20, 2023
In this unique sake book, Yamauchi Kiyoko offers more than simply an introduction to sake that she likes. The reviews include helpful hints like good pairings and, more importantly, give readers a glimpse at a modern revolution in Japan’s traditional drink.

“The core idea of this book is that I drank and wrote all on my own, without any prior consent requested from the 50 breweries included,” says author Yamauchi Kiyoko. A sake drinker since the age of 22—over 20 years now—she has written Yofuke no shuhyō (Late Night Sake Reviews), in which offers just what the subtitle (Ai to dokudan no nihonshu gensen 50) says: “Fifty sake brands chosen arbitrarily, with love.”

Holder of Kikisake-shi certification, akin to a sommelier of sake, she has gone out of her way to visit and write about sake breweries and drinking spots all over Japan. The results have shown up in previous works like Itsumo, nihonshu no koto bakari (I Always Think About Sake) and more.

For this latest work, she has independently chosen 50 brands to review. Even though her interviews mean she has connections with many kuramoto—the owners and managers of sake breweries—she intentionally avoided contacting them about this work. That means that rather than getting bottles directly from brewers, she actually went to corner liquor shops, department stores, supermarkets, and train station kiosks to buy each label herself, then got to taste and enjoy them all on her own.

Every sake reviewed is one that is widely available across Japan. So, the most distinctive part of this book is that it features 50 brands that made an impression in daily life, discussed without any consideration given to the brewery’s concerns. As a result, her commentary can be both sweet and a little spicy.

Sake is brewed from the rice and water of various regions across Japan, under the influence of the changing seasons, all of which come together to create a huge variety of flavors. “Sake is made up of around 700 different constituent elements,” explains Yamauchi. People can drink it at temperatures ranging from 5º to 55º centigrade.

There are currently around 1,200 breweries across Japan actively making sake. What criteria did she use to narrow that immense diversity of beverages down to only 50? The author says, “I chose sake that sparkle with personality, that made me think ‘I want to write about this!’ after a taste.” 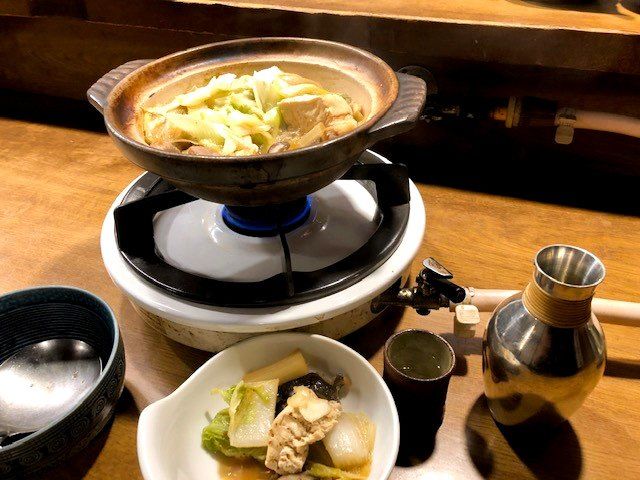 The book is arranged per review, with a headline, the sake label name, its classification—junmai ginjō, honjōzō, and so forth—and prefecture of origin before the body of each review. The compact set of data included after each review is a particularly welcome addition.

The data covers Points for Enjoyment (ways to drink, recommended pairings), Recommended Temperature Range, and Barometer. The Barometer section is the author’s original idea, and visually displays the five elements on a pentagonal plot. Luxuriousness reflects the level of big, elegant aromas and rich flavors; Flexibility reflects the ease of pairing with food and width of acceptable temperature; Richness is about the depth of flavor; Daily Drinkability reflects whether or not it works as a drink to pair with everyday meals; and Sake Pressure is a measure of the drink’s persistence and weight on the palate.

Sake reached its production peak in 1973, with over 3,300 breweries in Japan at the time. Although production has plummeted in the half-century since and is now less than one third of that high point, over the past ten years or so the industry has seen an influx of a new generation of young brewers with innovative and exciting brewing ideas.

Once, Japan’s sake breweries were off limits to women, but Yamauchi has managed to build a trusting relationship with breweries. In 2015, she published the book Kura o tsugu (Inheriting the Brewery), about five young rising stars of the industry. This latest book also features some of those same leaders of the sake revolution, as well as those representing another trend: the double-duty owner and brewer. The chief figure on the brewing floor of a sake brewery is called the tōji, and several of the breweries featured in these reviews are run by young brewers who shoulder both the tōji tasks and the kuramoto business-management responsibilities.

With a worldwide boom in Japanese cuisine, sake is enjoying a moment in the global limelight. The stories of these standard bearers of the revolution, all of the same generation as the author, are well worth reading.

Memories of a Sake-Loving Father

Yamauchi does not stop at introducing the 50 labels, though, as she cleverly weaves sake history and wisdom into her work. She is also attentive to bottle labels and the vessels for drinking like tin chirori pitchers, modern glasses, and traditional sakazuki cups. Writing this book seems to have brought the author to the idea that sake is more than just delicious; it’s fascinating. 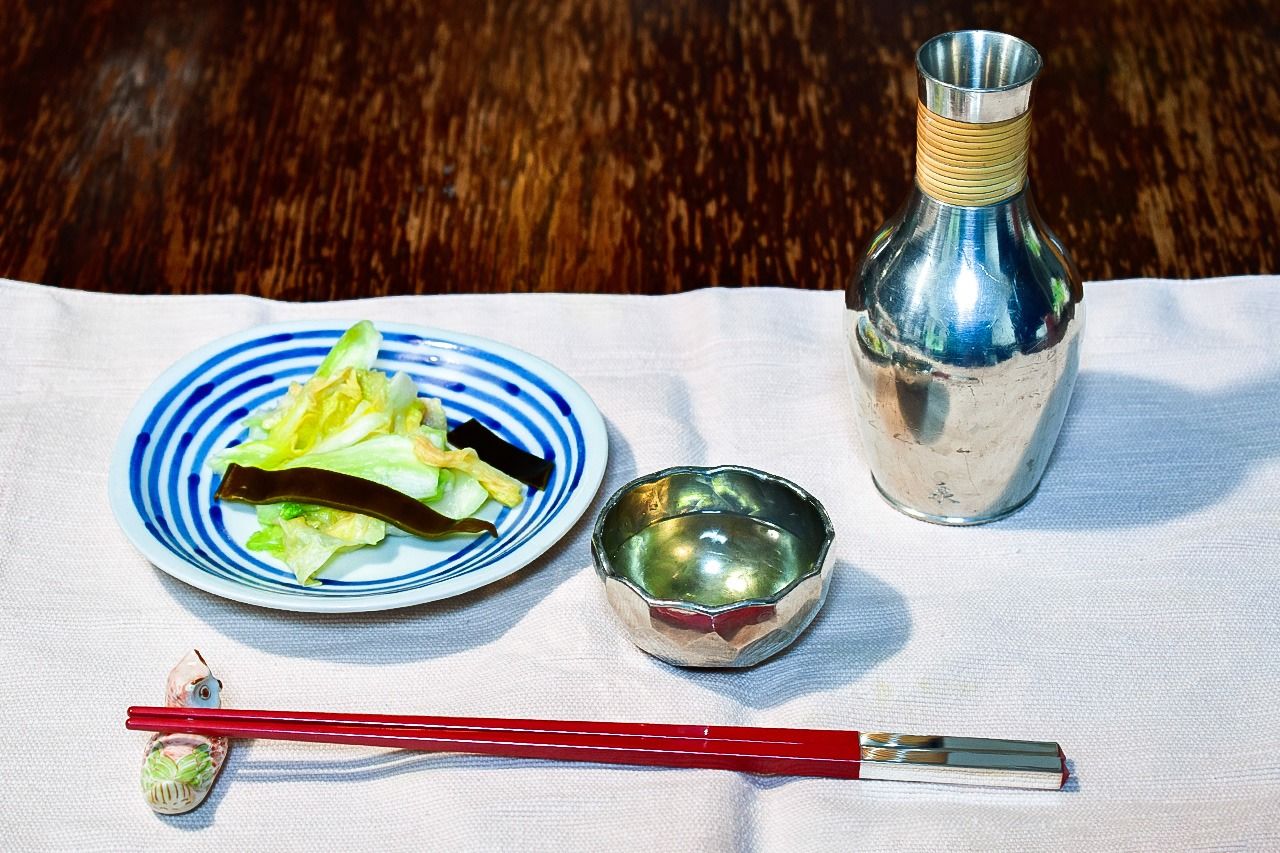 The reviews collected here could perhaps be called stylish essays. I highly recommend going through the whole book for a deeper look, but here I will introduce the first and last brands reviewed.

The book’s first sip, as it were, is Shishinosato from Ishikawa Prefecture. The headline reads “The first sake to change my life,” and Yamauchi describes how it was her introduction to the true pleasures of the drink. The Data section says that it pairs well with whitefish and sashimi, as well as Western cuisine flavored with herbs, and recommends drinking it chilled. The Barometer gives it a very high rating on the Daily Drinkability scale.

The last, but certainly not least, is Shimeharitsuru Jun, from Niigata Prefecture. It appears under the headline “A sake with family bonds.” The text of the review ends with a loving memory and dedication to the author’s late father, who loved this one as a daily drink. The Data section recommends “salted salmon, especially that from the city of Murakami,” as a pairing. The recommended drinking temperatures are chilled or room temperature. The Barometer, naturally, gives this sake full points on Daily Drinkability. 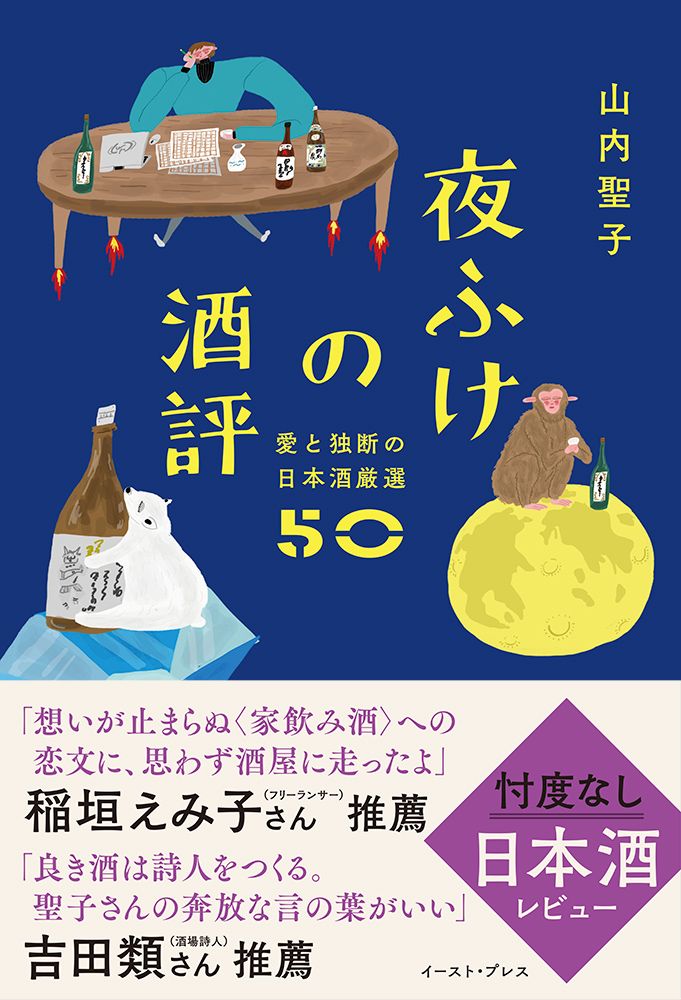