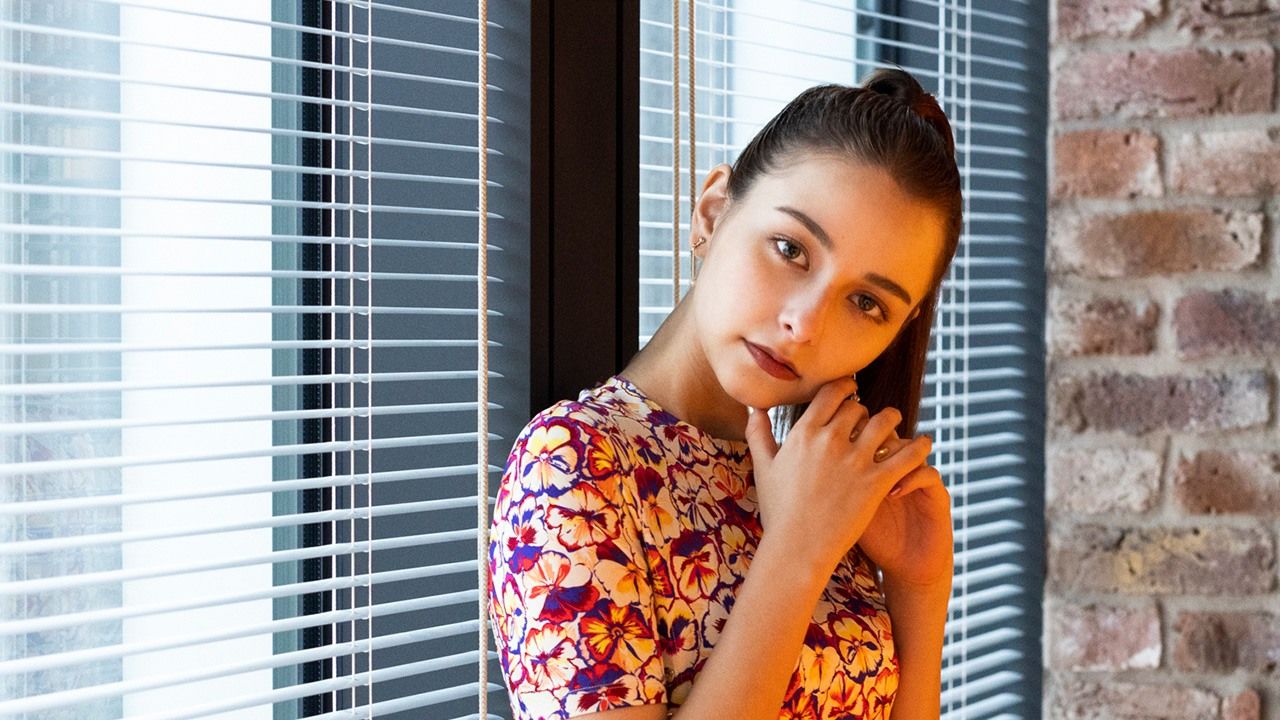 Cinema May 31, 2022
My Small Land, a coming-of-age story about a Kurdish high school girl in Japan, has drawn attention at the Berlin International Film Festival. It is the feature-length directorial debut from Kawawada Emma and the acting debut for Iranian-Japanese model Arashi Lina. Here, the two discuss the work and its meaning. 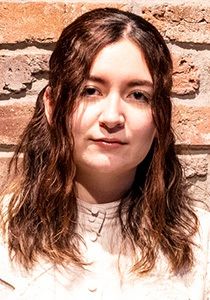 Born in 1991 in Chiba Prefecture. Her film Circle, produced when she was a student at Waseda University, won second prize at the Tokyo Student Film Festival. Since 2014 she has been part of Koreeda Hirokazu’s production company Bun-buku, assisting him on several films. In 2018, she won the ARTE International Prize in the Asian Project Market of the twenty-third Annual Busan International Film Festival. Her feature-length directorial debut, 2022’s My Small Land, was selected for the Generation division of the seventy-second Berlin International Film Festival, and was named the Amnesty International Special Mention film. 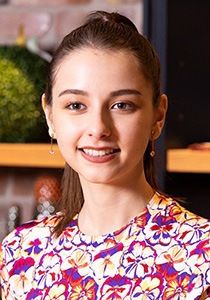 Born in 2004 in Saitama Prefecture. Also goes by Lina Kahafizadeh. Her mother has Japanese and German roots, while her father is a Japanese citizen with roots in Iran, Iraq, and Russia. Became a professional model from around ninth grade. Since 2020, she has been modeling exclusively for fashion magazine ViVi. She made her acting debut as the lead character Sarya in 2022’s My Small Land.

A Cinematic Look at the Kurdish Experience in Japan

There are around 2,000 Kurds living in Japan, including many in the process of applying for refugee status. This serves as background for the new movie, My Small Land. The story follows 17-year-old Sarya, played by Arashi Lina, who came to Japan with her Kurdish refugee parents when she was still very young. Now a high school senior, she is thinking of moving on to university, but at home she has to help care for her younger brother and sister in place of her deceased mother, as well as work part time at a convenience store to help make ends meet. As a bilingual member of the Kurdish community in Japan, she also has to serve as an interpreter for those who don’t speak Japanese, and so her life is filled with work for others. 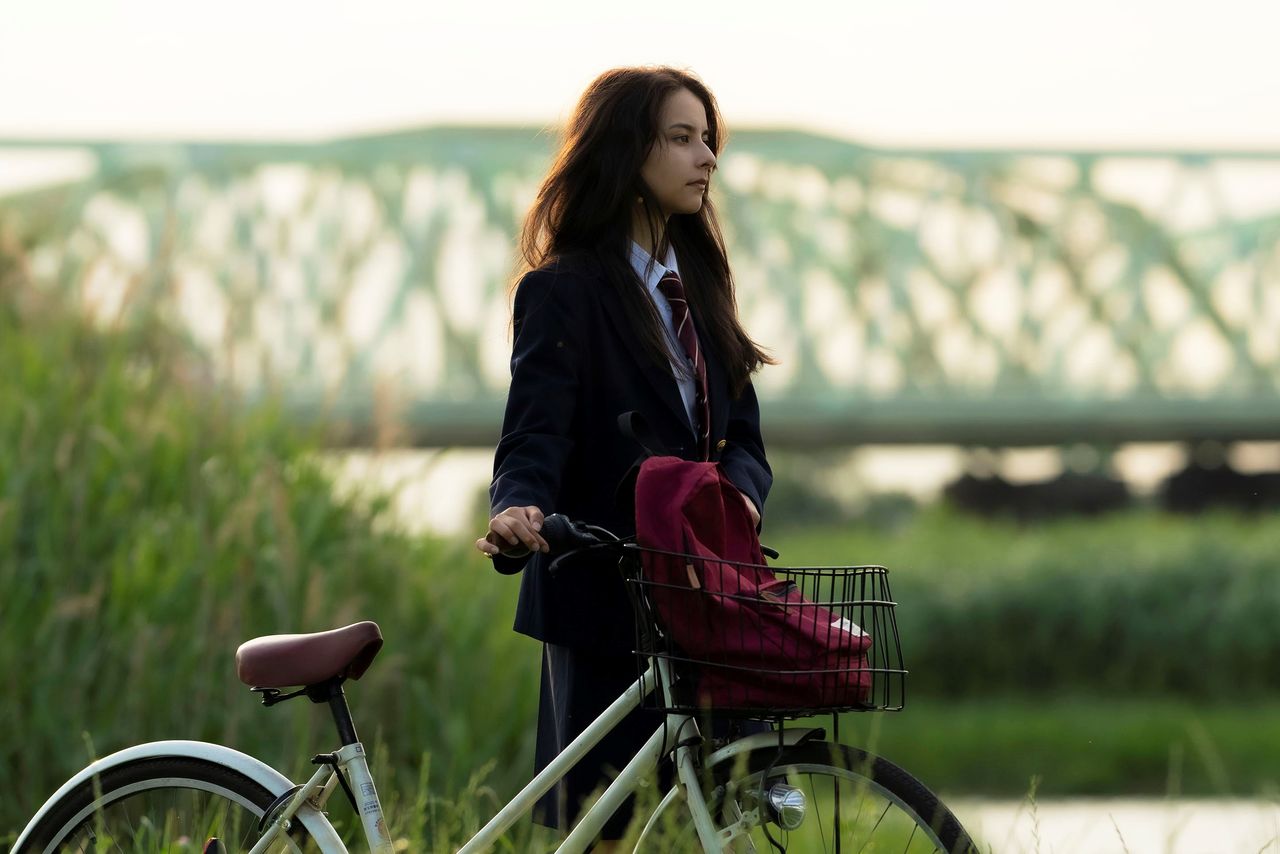 In school, although she has friends to fool around with, she never gives them an honest explanation of her background. However, she is able to open up about her struggles over her Kurdish identity with Sōta (Okudaira Daiken), whom she met through her part-time job. It is right around this point that the family’s application for refugee status is rejected, and their residence cards are confiscated. They are put under temporary release, placing strict limits on their movements. 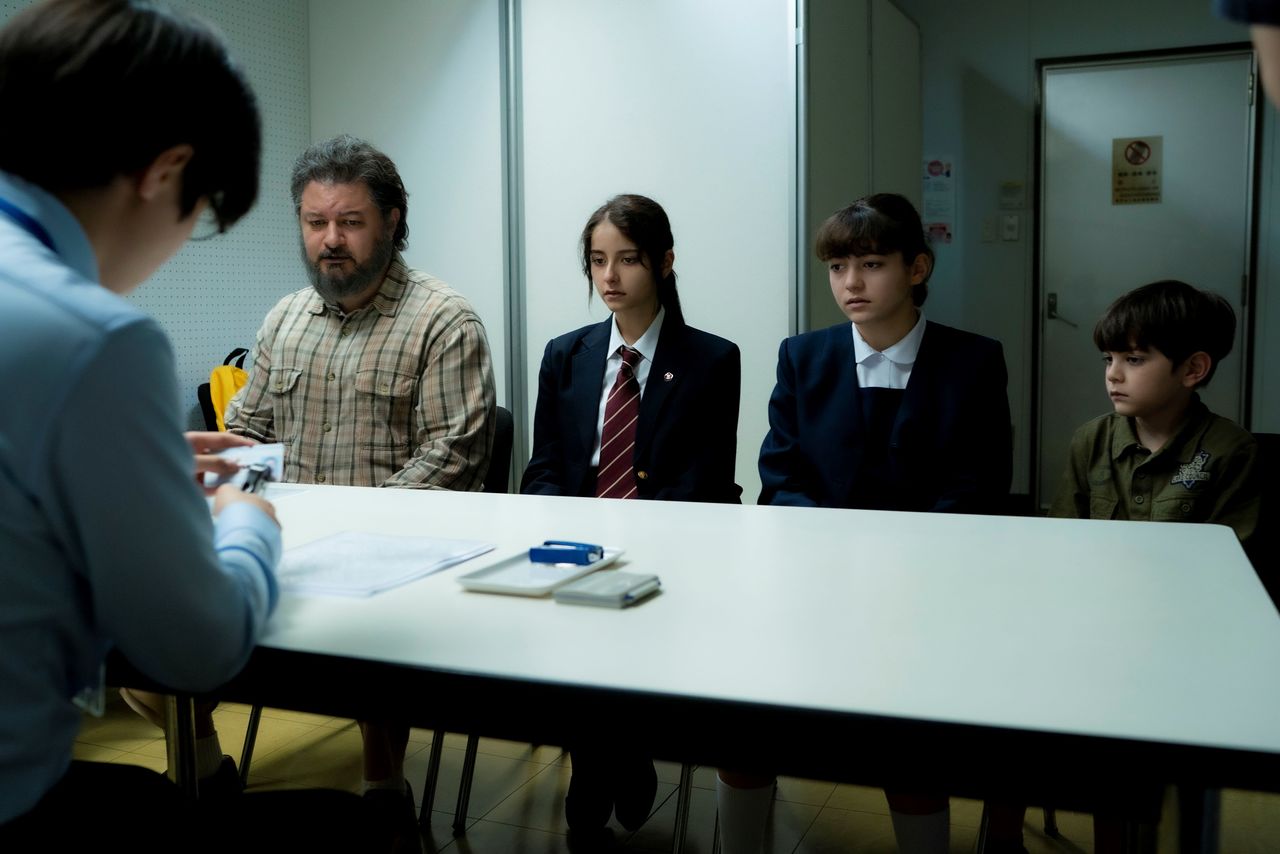 The family’s residence cards are invalidated with a hole punch after their refugee status is denied. (© 2022, My Small Land production committee)

Director Kawawada Emma is a rising star in Koreeda Hirokazu’s Bun-buku production group. She first became interested in the Kurdish people around 2015, when she was shocked by the images of women soldiers fighting among the Kurdish militia against ISIS militants. She learned that there was a Kurdish community in Japan, and her visits with them inspired her to start working on a film. She started full-scale interviews in 2018, and the result is this debut film, based on a script she wrote herself.

Below Kawawada and Arashi discuss the film and their experiences inspiring their participation in it.

Am I Not Japanese? 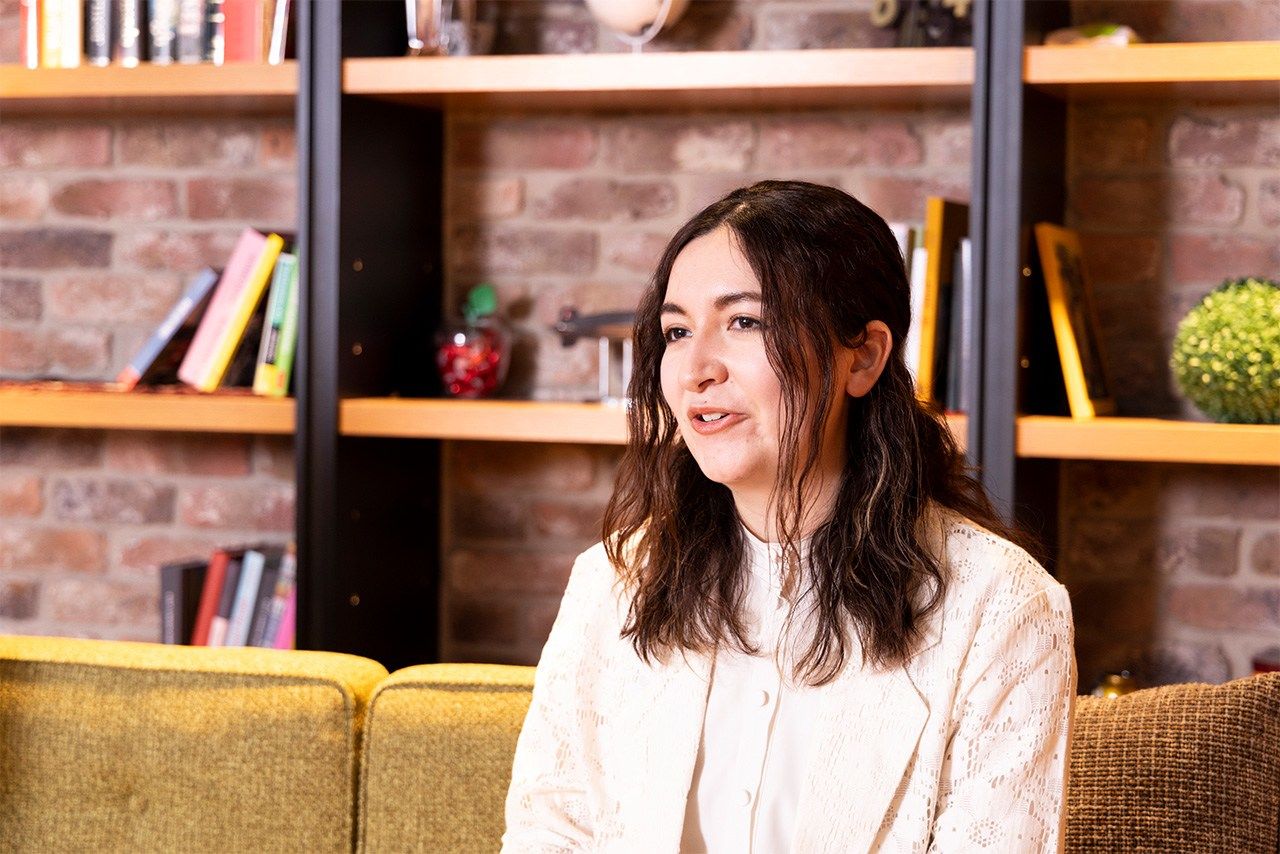 KAWAWADA EMMA  I first wanted the main cast of the film to all be Kurdish people. But I decided against it because I worried that appearing in a dramatic film with a social message may work against them in their rather delicate position of applying for refugee status. So, I started holding auditions for people with varied overseas backgrounds.

That’s when Lina, who had started her career as a magazine model, signed up. She’s a high school student with roots going back to five different countries, including in the Middle East. 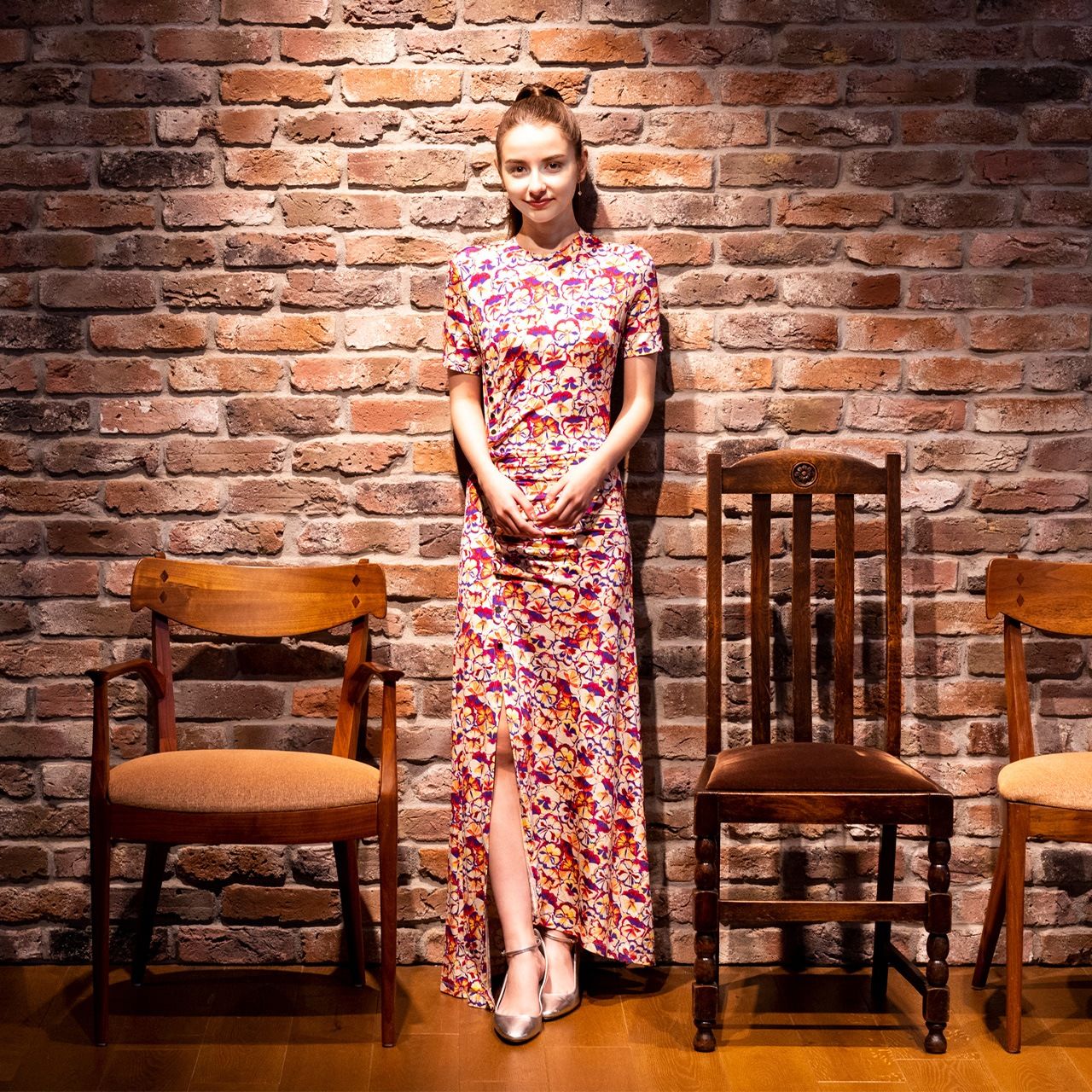 ARASHI LINA  I’d started doing TikTok because I wanted to be a model, and it led to my getting recruited by my current manager. When I saw other models in the agency acting, I thought I’d like to try it myself one day, but I never thought I’d get the chance so soon.

KAWAWADA  At her audition, Lina talked about her own struggles with her identity. Those words were a major part of why I chose her, because I sensed a similarity to the complex situation surrounding the Kurdish people, and Sarya.

ARASHI  I was born in Japan, to a Japanese mother, but people still ask me “What country are you from?” all the time. At elementary school, the other kids would call me gaijin, or “foreigner.” I used to struggle with this idea of whether I was actually an outsider, and whether it was OK to call myself Japanese. 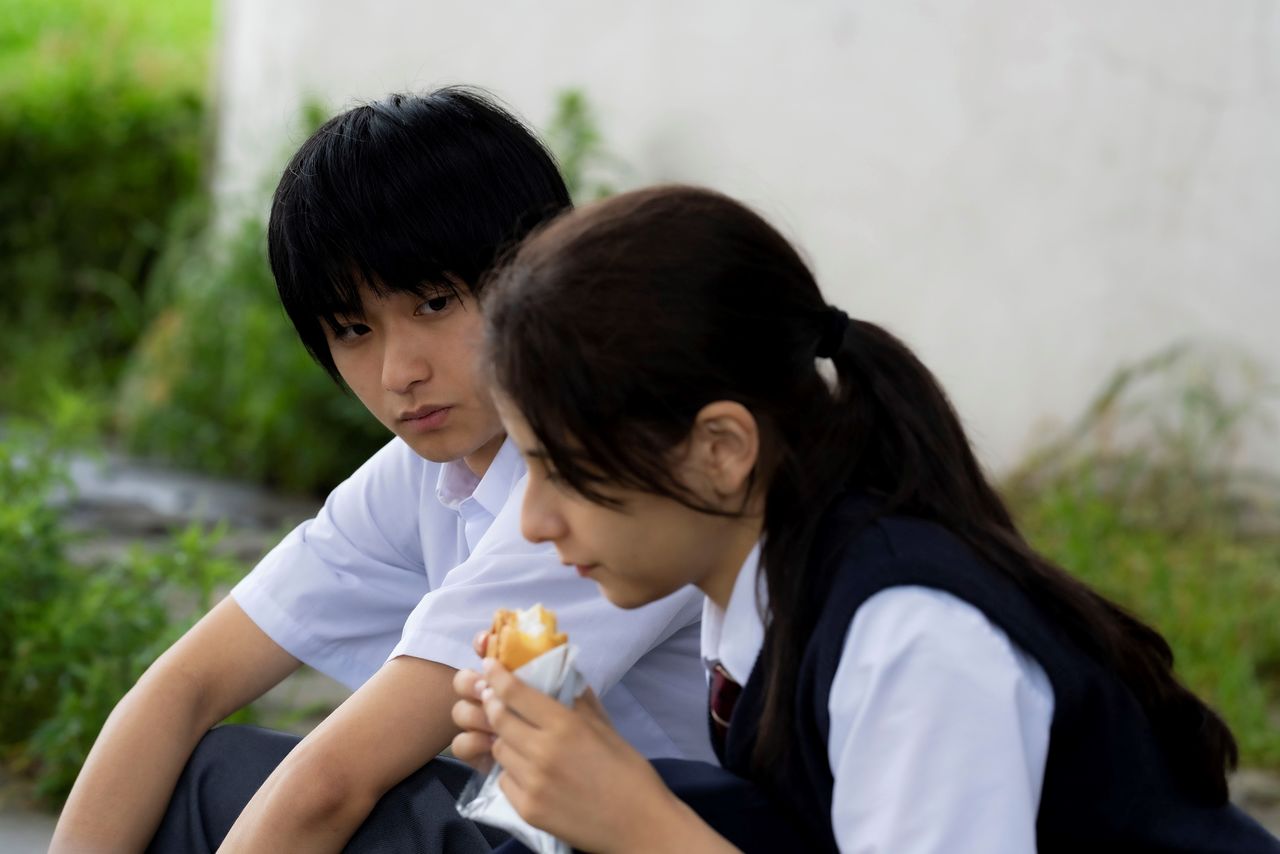 Sarya opens up about her background to Sōta, a friend from work. (© 2022, My Small Land production committee)

KAWAWADA  I’ve got a British father and Japanese mother, and I was also called hāfu when I was a child. When Lina and I went to a restaurant together, people would say things like “Oh, here come some foreigners!” [Laughs] That question, “Where are you from?” might not be malicious, and I know people are just trying to make conversation, but we both talked about how it felt like it suddenly draws a line between “us” and “them.” 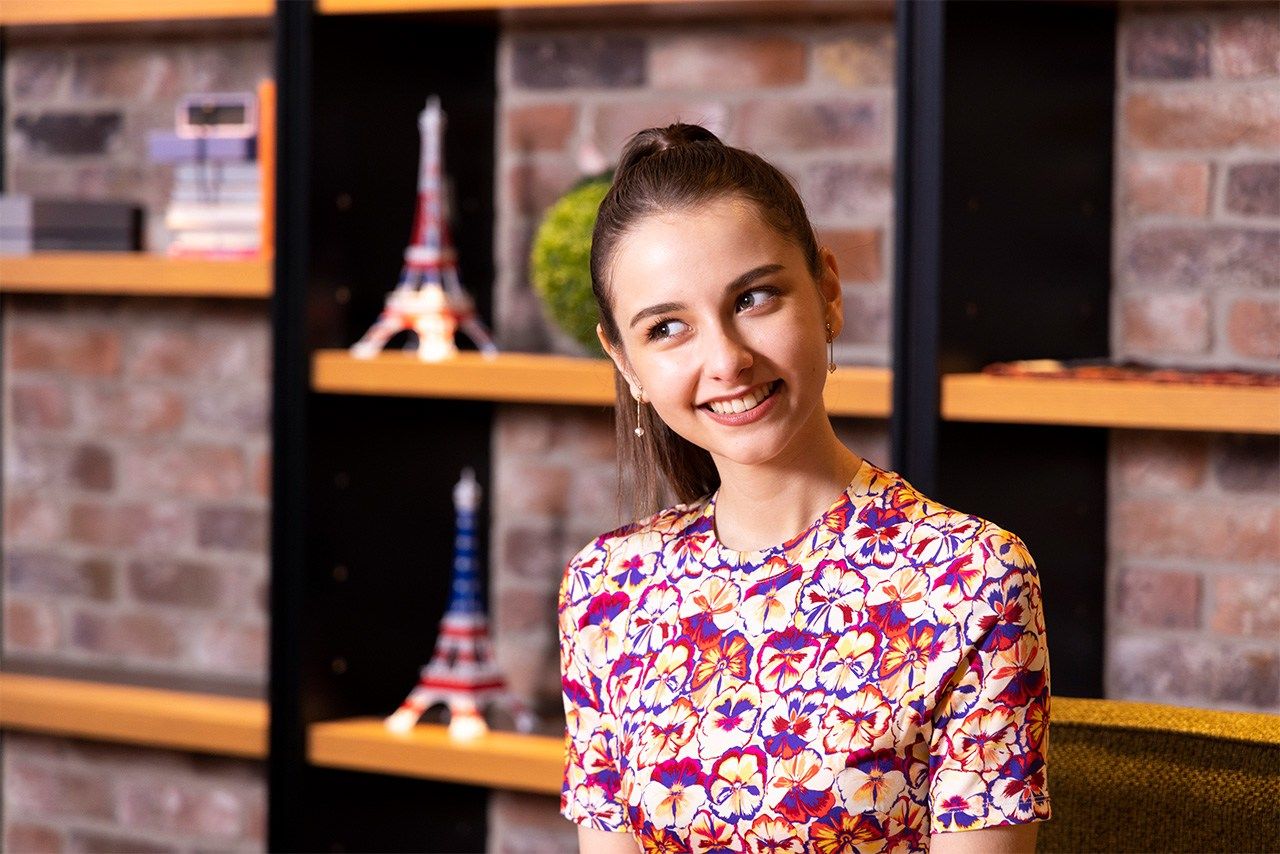 ARASHI  At school, I always tried not to attract attention. I really wanted to be on the student council, but I felt somehow like I wasn’t supposed to. But then, when I started modeling for magazines around the end of junior high, the compliments and the sense that I was needed gave me confidence. I’ve been on the student council all three years of high school! [Laughs] Up to then I didn’t express my own ideas, and just tried to fit in, but now I want to hear from other kids who’ve felt the same as I did. 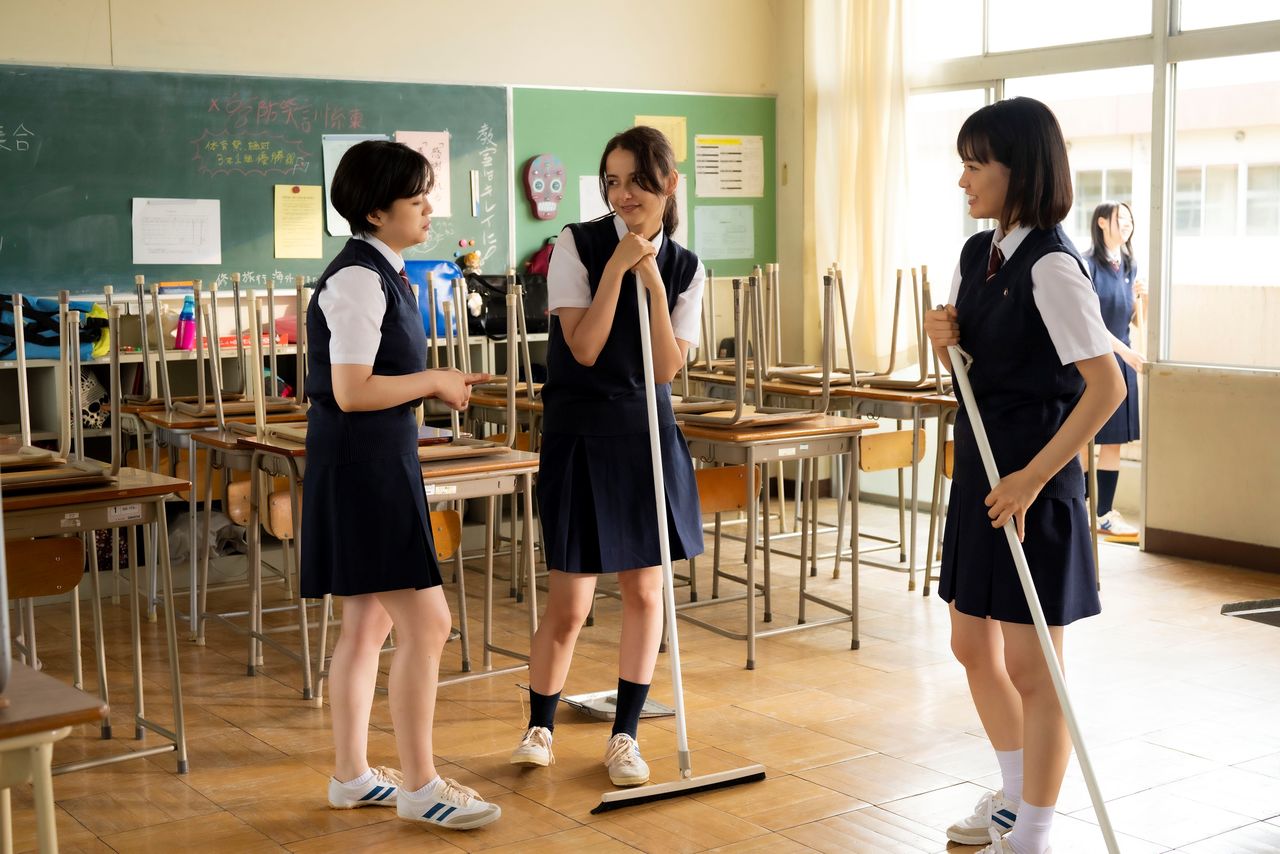 Sarya didn’t open up about herself, even to her friends. (© 2022, My Small Land production committee)

KAWAWADA  Her attitude of caring about others helped me flesh out her character, Sarya. I even made some script changes to better fit her persona. At first, I envisioned her as someone a bit more rebellious against her father’s culture. But in talking with Lina, and seeing how she got along with her own family, I thought it might be more natural for her to perform with a more internal rebellion. The result was a much deeper story, and I got some very good directions from Lina.

ARASHI  The director told me not to think of Sarya as someone else. Of course, her environment and situation are different from mine, but I feel like I’ve had that same conflict as Sarya in trying to live life as Japanese while people consider me foreign based on my appearance. 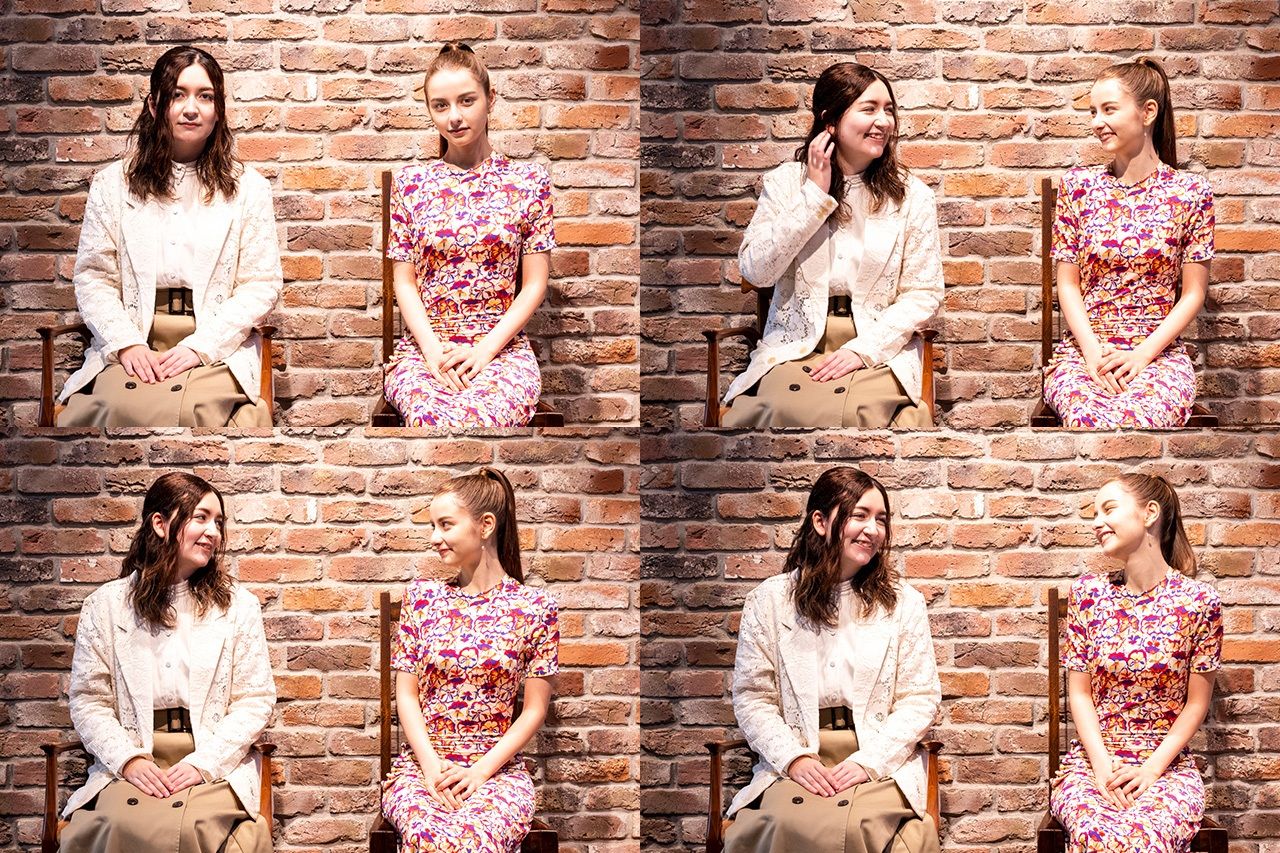 KAWAWADA  Even now, I think a lot of people who have roots outside Japan share many things with Sarya. They have to make choices for every context. At school, they try to fit in with Japan, while at home they’re fitting in with their families. They can’t always be openly rebellious. They have to keep some of those thoughts to themselves. There are things they want to tell their parents, but can’t. The story of this film gradually changed to show how those thoughts eventually explode.

ARASHI  Sarya grew up in Japan, and is trying to expand her horizons, but that puts her into conflict with her father, who wants her to always remember that she is Kurdish. 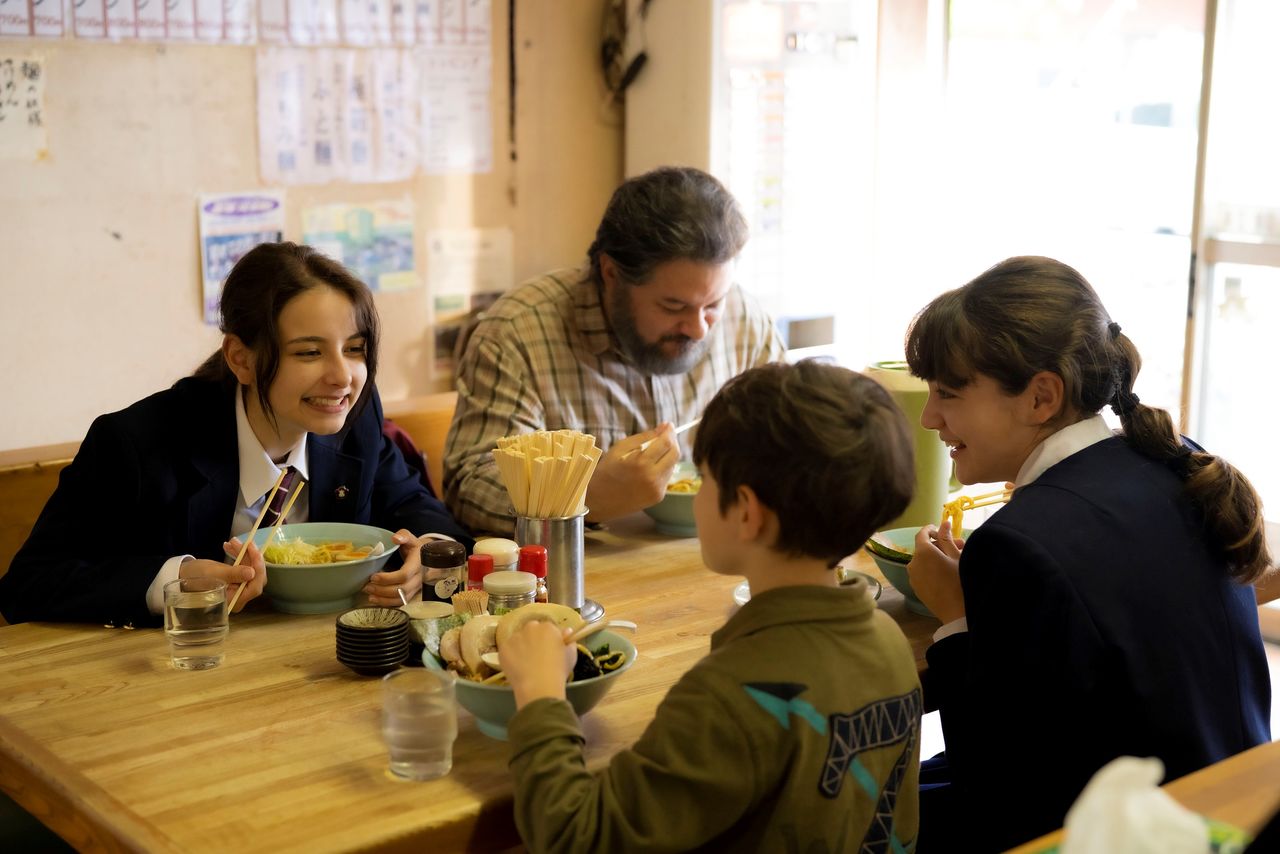 The true closeness of family comes through clearly on screen. (© 2022, My Small Land production committee)

KAWAWADA  Sarya’s family is played by Arashi’s real-life father, sister, and brother. Everyone was chosen through auditions, and we never intended to use her real family, but in the end we made the decision after seeing how everyone performed together. In the end, Lina’s best, most natural expressions and emotions came through with her father. She was completely different than with other actors. 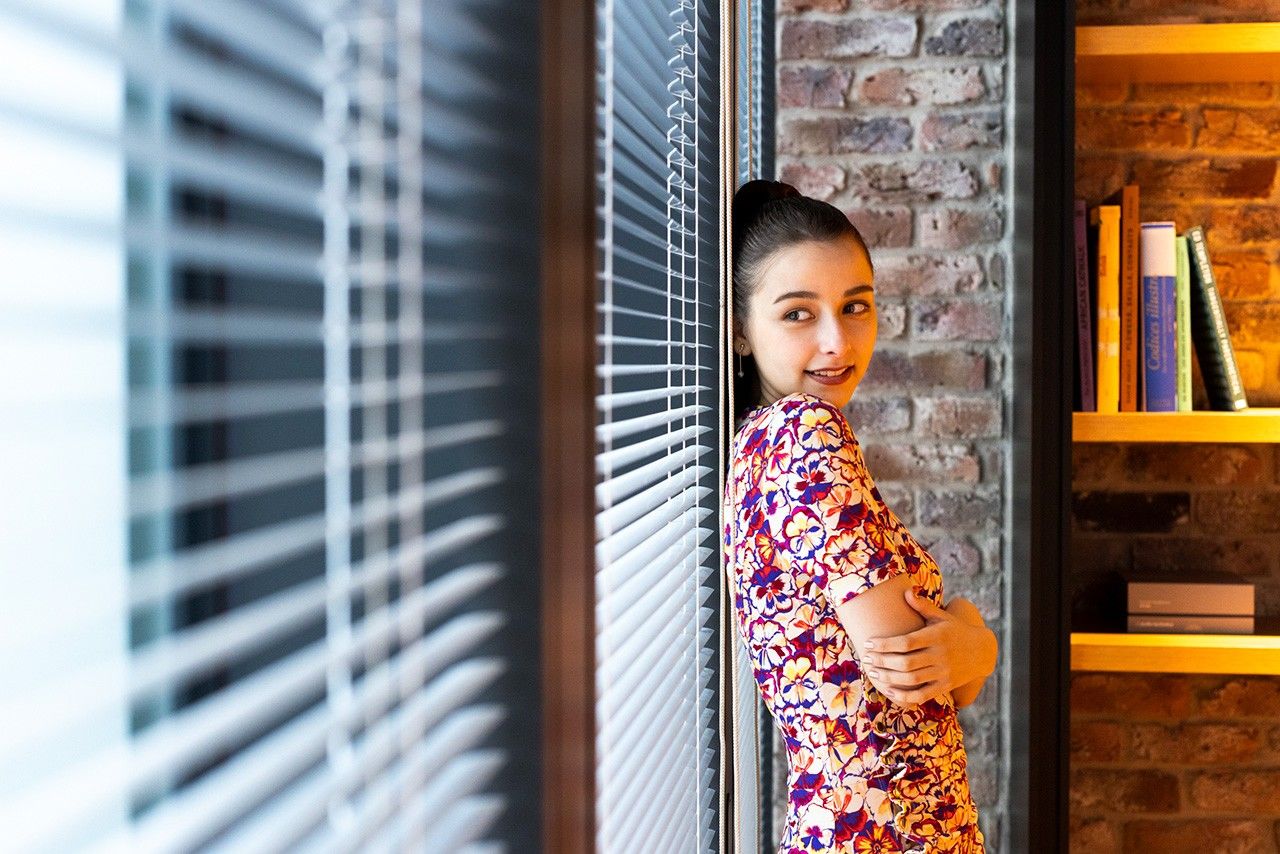 ARASHI  At the audition, I wanted to try and express the real concerns of people with different backgrounds in my performance. It’s such an honor to be able to play a role like Sarya, who is a person like that. It has been such a great experience, and I know it will help me with future acting work.

KAWAWADA  Working with Lina on my very first project has been a really valuable experience for me. The story of a Kurdish family seeking refugee status in Japan might seem a distant one to most members of the audience, but I am sure many people, regardless of their roots, have experienced similar struggles with identity and place. I thought that by making the main character a high school student and showing this as a coming-of-age story involving job and family problems, it would be a story that many in the audience could relate to. 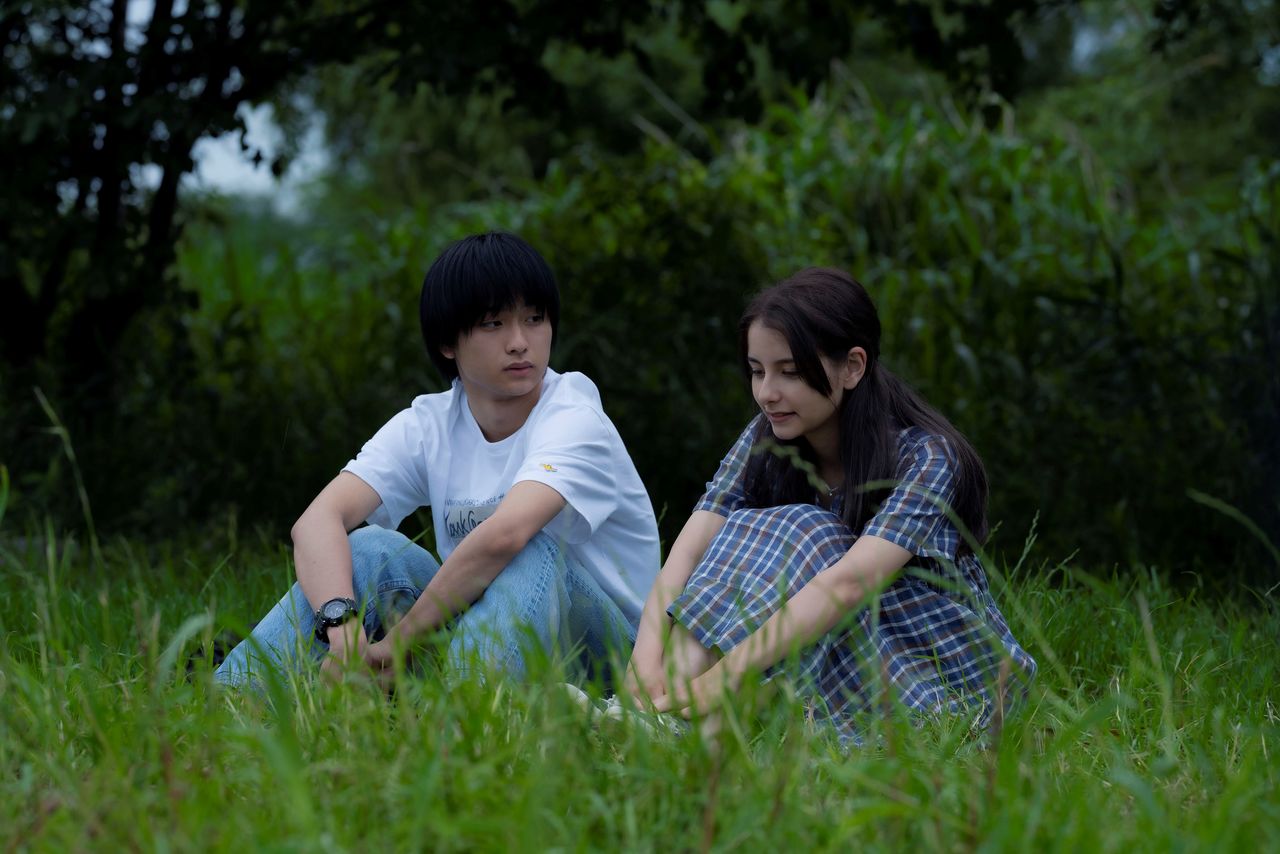 It’s very much a story of youth and coming of age, but the issue of Kurdish refugees in Japan is always there in the background. This issue is one that, like the COVID-19 pandemic and the war in Ukraine, pushes people to confront the meaning of borders.

National borders will likely never vanish, but I think those borders of the heart we carry inside us can be redrawn. I hope that watching this film will encourage even just a little bit of change. It blends together an encounter with the Kurdish community, as well as with Lina and her family, and influence from staff in Japan and France, to create something that literally crosses borders.

ARASHI  Sometimes I think that if we didn’t have national borders, then the wars and discrimination we see everywhere would disappear. You just talked about “borders in the heart,” but in my life, I want to keep this awareness that we are all just human beings, even if we still have those borders and we come from different countries. There are all kinds of people, from all kinds of backgrounds. I want the world to be a place where we can accept each other, instead of drawing lines just because people are different from us. 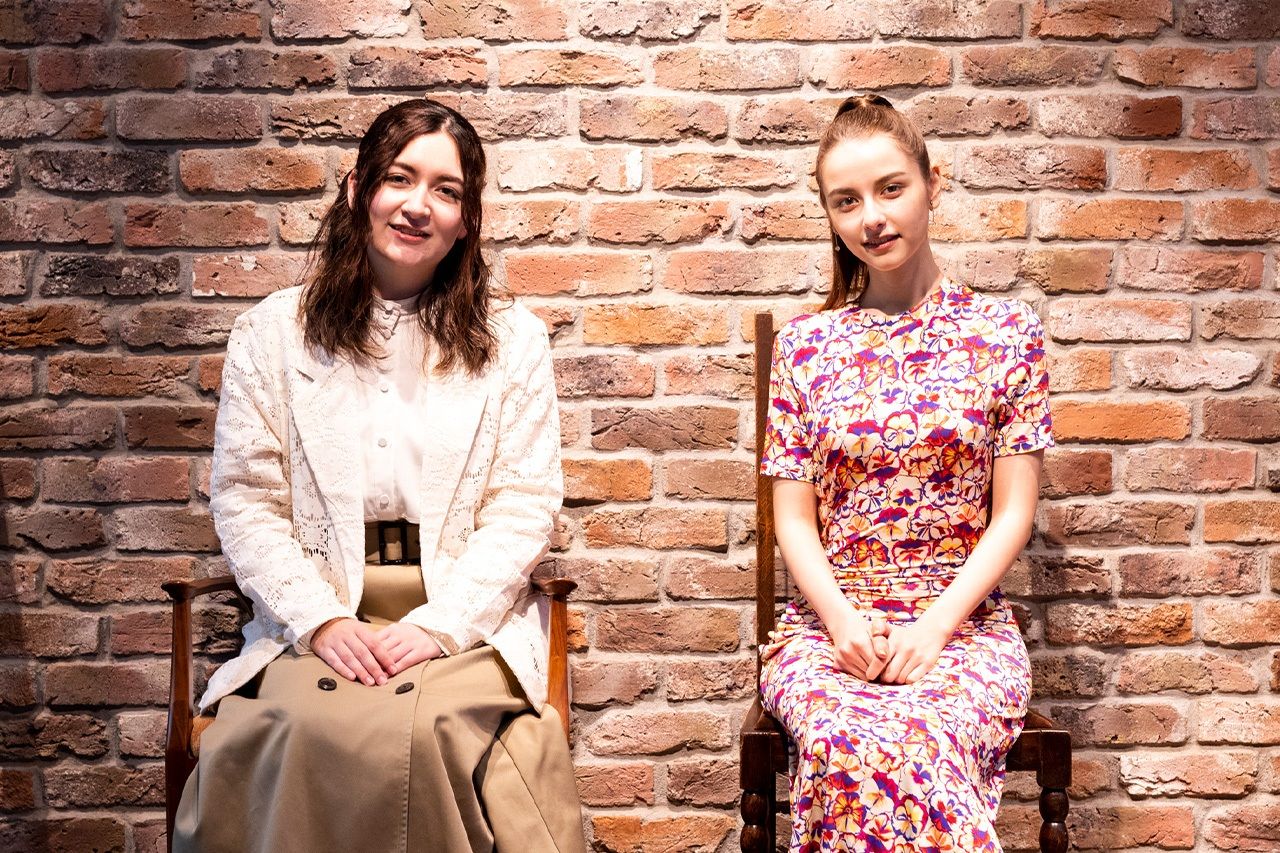