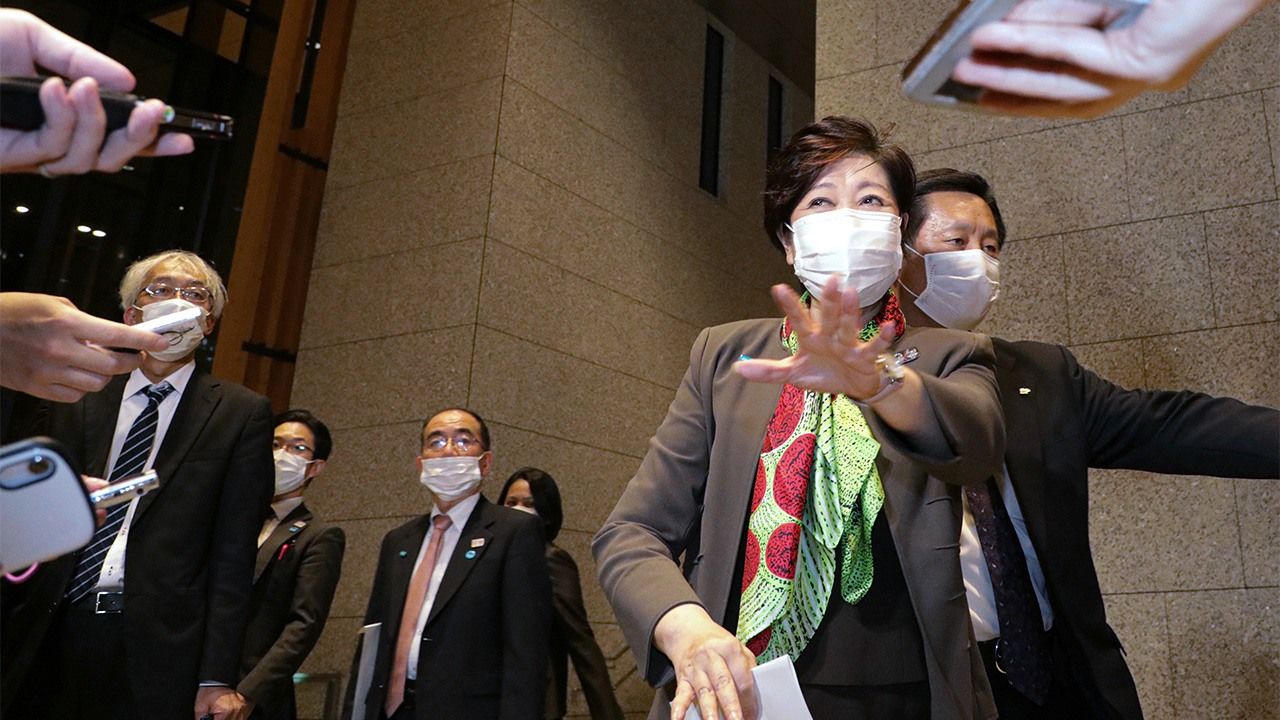 Language Dec 1, 2020
The 2020 “Words of the Year” finalists were announced on December 1, with an unsurprising winner for the year of COVID-19: san mitsu (3密), the “three Cs” we are urged to avoid in the ongoing fight against COVID-19. This year’s winner, and the other nine finalists, encapsulate the year that was, as the Japanese described it in their language.

In early November, Jiyū Kokuminsha released its long list of 30 candidates for the word or phrase of the year in Japan. On December 1, the publisher of the popular annual guide to new language, Gendai yōgo no kiso chishiki (Basic Knowledge on Contemporary Terminology), announced the winner: san mitsu (3密), the “three Cs” to avoid during the COVID-19 pandemic. These are 密閉 (mippei; confined and enclosed spaces), 密集 (misshū; crowded places), and 密接 (missetsu; close-contact settings). Also called mittsu no mitsu, these “three mitsu to avoid” have gained global attention with the World Health Organization’s adoption of them as an anti-infection guideline.

Tokyo Governor Koike Yuriko, who issued frequent warnings against the three Cs during the first wave of COVID-19 infections earlier in the year, made a remote video appearance at the award ceremony in Tokyo. The nation’s capital is feeling the pandemic pressure as colder weather sets in and case numbers climb rapidly. It was no surprise that SARS-CoV-2 infections and their impact on society figured so largely in this year’s crop of candidate terms, and the 10 finalists announced today indeed included others that touched on the disease, from the Abenomasuku “Abenomasks” cloth face coverings distributed to all households in the country in a widely derided gesture by the previous administration of Prime Minister Abe Shinzō to the Amabie, a yōkai spirit that gained newfound popularity for its purported efficacy against illness.

Members of the selection committee that chose the candidates and tapped the finalists among them commented on the heavy weight of COVID-19 on the cultural milieu in Japan during 2020. University of Tokyo Professor Emeritus Kang Sang-jung noted: “This was a year with the coronavirus as its first and last word, so it’s no surprise that the terms we have here feature it so prominently. Even the inclusion of the popular drama Crash Landing on You, the Amabie, and the smash hit anime Demon Slayer point to people’s desire for entertainment or some other form of release from the crushing atmosphere they have faced.” The manga artist Shinsan Nameko also described the games and celebrities appearing in the list as representing people’s desire to escape the everyday reality of the pandemic. “In a year when we expected to see the Olympics provide the lion’s share of the terms on our list, we saw competition on the athletic field swept away by the battle between the virus and our immune systems.”

The poet Tawara Machi, too, said that even things like the megahit video game Animal Crossing, a bright spot of pure entertainment, made the list in part because its popularity was driven by stay-at-home recommendations and the cancellation of in-person school classes that kept gamers cooped up with more time to devote to the virtual world. “One hopes,” she concluded, “that this year’s three mitsu and five ko” (Governor Koike’s more recent recommendation to pay attention to “five smalls,” keeping gatherings small, using small voices, and so on) “will be replaced soon with the ‘seven colors of happiness’ in a rainbow promising better times.” 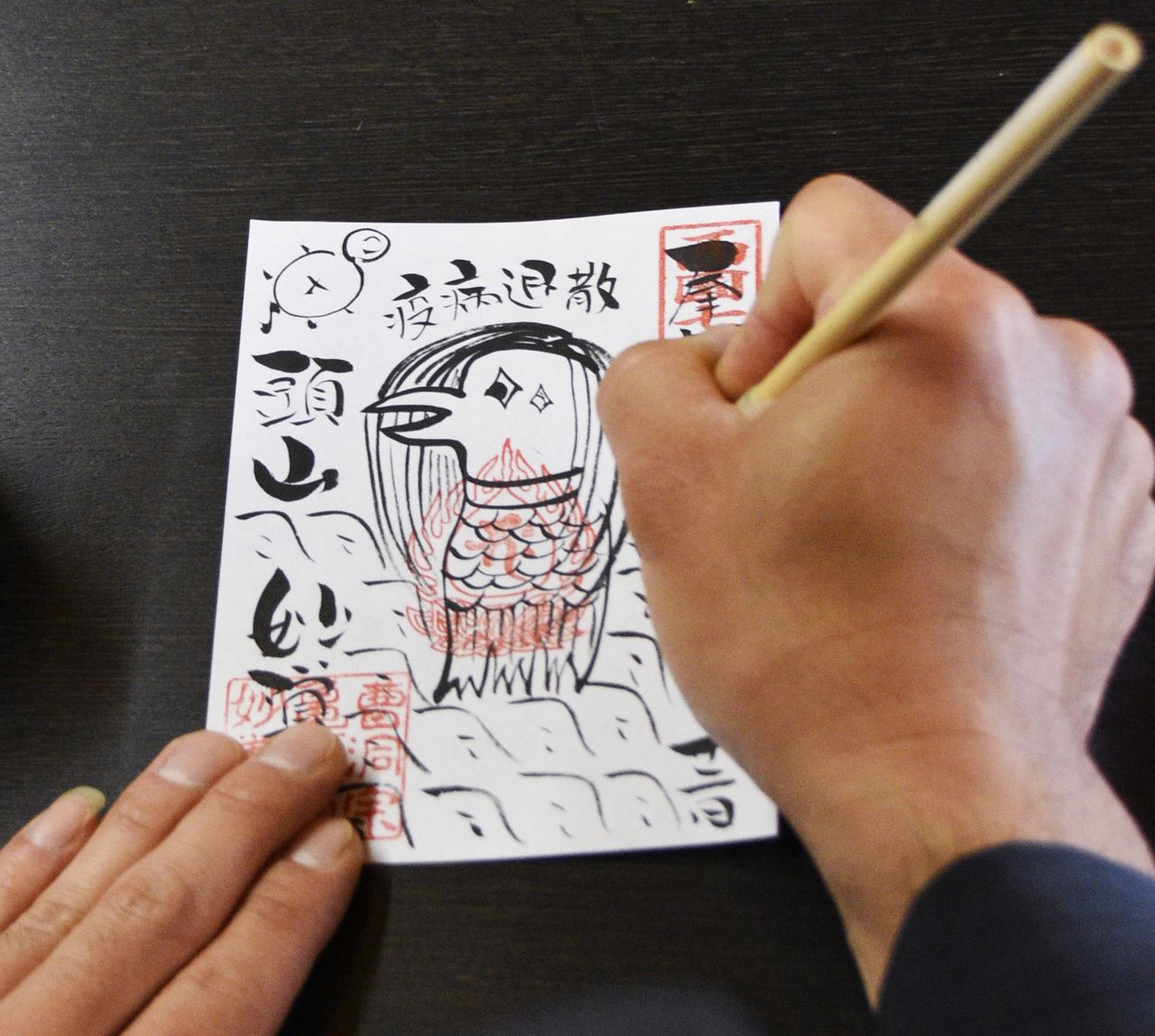 The temple Myōkakuji in the city of Akita adds hand-inked Amabie images to visitors’ pilgrimage books as a prayer for a swift end to the pandemic. (© Jiji) 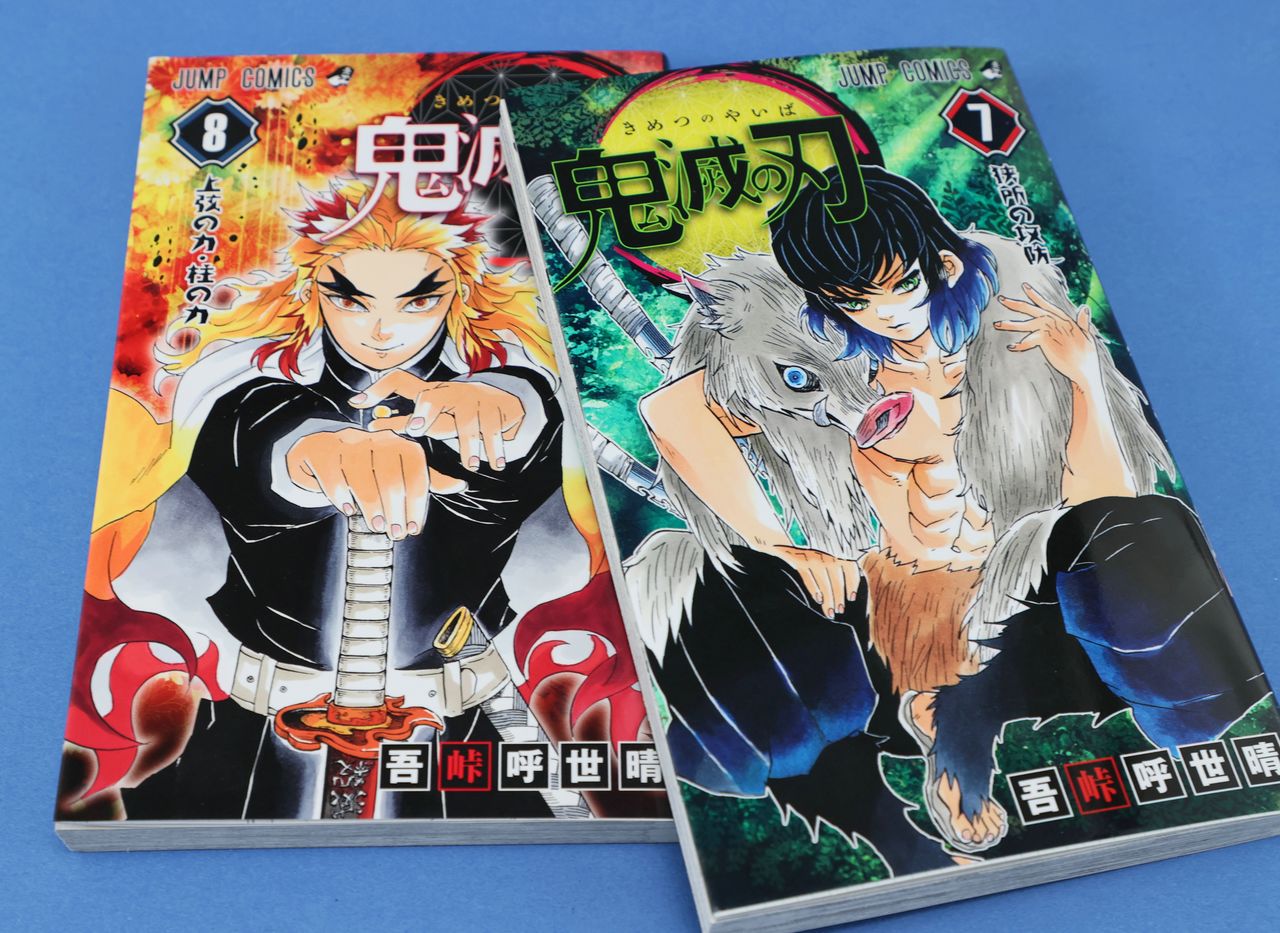 The hit anime film Demon Slayer was originally an equally popular manga; its volumes occupied the 22 top spots on the comic best-seller list at one point. (© Jiji)

(Originally published in English. Banner photo: Tokyo Governor Koike Yuriko warns reporters to give her space and avoid close proximity, one of the san mitsu to be avoided in the pandemic era. ©︎ Jiji.)