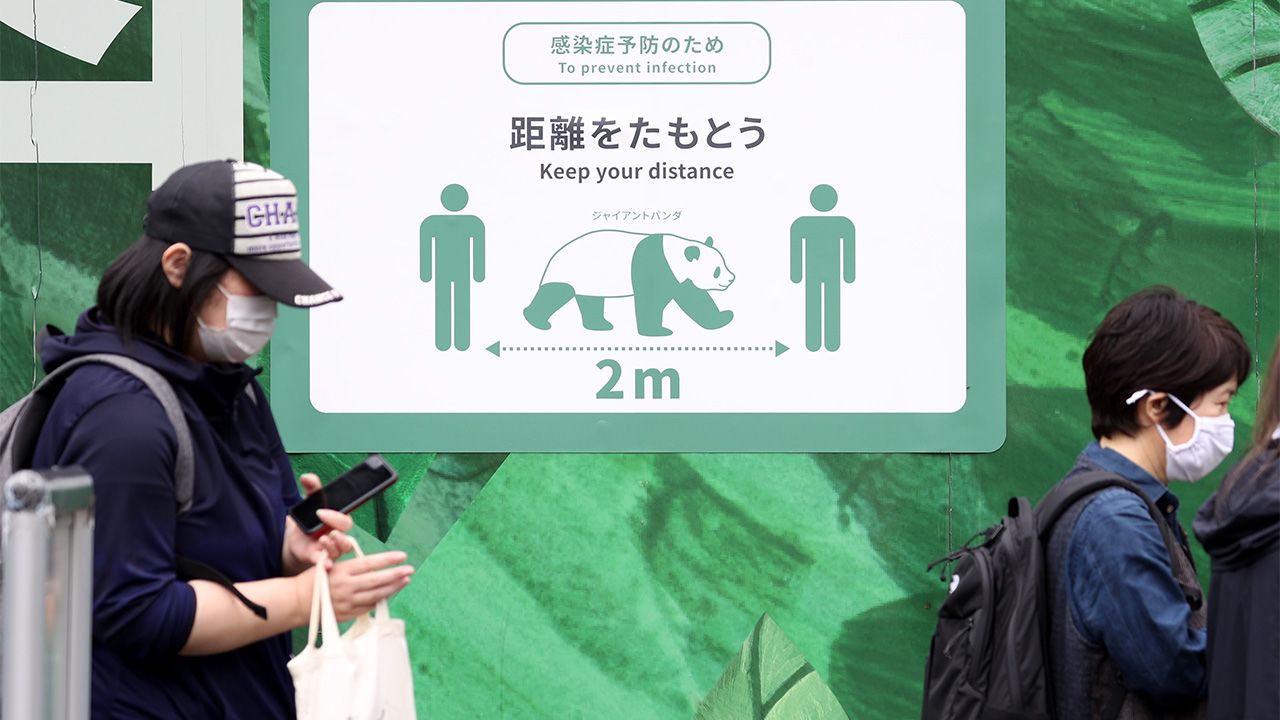 Culture Language Nov 9, 2020
On November 5, the publisher Jiyū Kokuminsha announced its list of nominees for the words and phrases encapsulating the zeitgeist of the year 2020. A complete list of the nominees, explained.

As expected, the COVID-19 pandemic figured heavily in this year’s list of nominees for the Word (or Words) of the Year. The spread of the novel coronavirus meant that terms describing the disease and medical measures taken in response, along with those talking about its impact on society and people’s lives, were certain to appear frequently on the list of 30 terms released annually by the publisher Jiyū Kokuminsha, whose annual language guide Gendai yōgo no kiso chishiki (Basic Knowledge on Contemporary Terminology) is also likely to focus on them in its next edition.

As Japan grappled with its “new normal,” and people who were not “essential workers” were pressed to “stay at home,” perhaps ordering from “Uber Eats” and passing the time with some “Animal Crossing,” the Japanese language saw these phrases, and many more listed below, enter the mainstream of everyday communication.

Nominees for the Words of 2020

新しい生活様式／ニューノーマル — Atarashii seikatsu yōshiki/Nyū nōmaru. During the COVID-19 pandemic, people in Japan and around the world have adjusted the way they live to reduce the risk of infection. Increases in wearing of masks and working from home are among such actions representing the “new normal.”

ＡＩ超え — AI-goe. Prodigy Fujii Sōta made further strides in shōgi this year, winning his first two major titles either side of his eighteenth birthday. His instinct for the best move led him to be described as “better than AI.”

エッセンシャルワーカー — Essensharu wākā. Japan was among the countries noting the contributions of “essential workers” who cannot operate remotely, such as health workers, supermarket clerks, and waste collectors.

顔芸／恩返し — Kaogei/Ongaeshi. The popular drama Hanzawa Naoki returned to broadcaster TBS, entertaining fans with its characteristic over-the-top showmanship. Viewers have delighted in the kabuki-like exaggerated facial expressions of performers, the kaogei typically captured close-up for full dramatic effect. Actor Kagawa Terayuki, in the role of Ōwada Akira, struck a chord with his line promising ongaeshi—repayment in kind for the offenses of a rival—delivered with spine-tingling impact.

カゴパク — Kagopaku. Supermarkets and other retailers rolled out preventive measures after enduring an uptick in customers walking off with shopping baskets to avoid paying newly mandated fees for plastic bags that went into effect in July. The term combines kago (basket) with the colloquialism pakuru, meaning “to steal.”

クラスター — Kurasutā. As the coronavirus pandemic rages, Japan has made scouting out and preventing clusters, or groups of cases tied to a certain place and time, a central plank of its COVID-19 response strategy.

香水 — Kōsui. Musician Eito found unexpected fame with his song “Kōsui” (Perfume). Released in April 2019, the tune stayed under the radar until early 2020, when TikTok users began sharing covers of the tune on the app, bringing it to the attention of celebrities who then featured the song in videos.

自粛警察 — Jishuku keisatsu. In the early months of the pandemic, the government asked residents to show self-restraint (jishuku) by refraining from going out unless absolutely necessary and likewise implored shops to close their doors for a set time. While authorities had no legal means to enforce the policy, do-gooders stepped in as self-appointed “police” (keisatsu), scolding people for not wearing masks, berating drivers with out-of-prefecture plates, and rebuking businesses for staying open.

Zoom映え — Zoom bae. With remote work on the rise, employees using conferencing apps like Zoom are trying to stand out at online meetings with eye-catching virtual backgrounds and perfectly applied makeup. The newly coined phrase combines the popular service with the verb haeru, meaning “to look nice” or “stand out.”

総合的、俯瞰的 — Sōgōteki, fukanteki. Prime Minister Suga Yoshihide drew sharp criticism from opposition leaders and scholars for rejecting six appointees to the Science Council of Japan, a leading academic body in the country. Suga refrained from giving a specific reason for the refusal, insisting instead that the decision was to ensure the comprehensive (sōgōteki) and panoramic (fukanteki) activities of the organization.

ソーシャルディスタンス — Sōsharu disutansu. “Social distance” was the imported term describing the space people needed to maintain among themselves to avoid the “three Cs” and stay safe from COVID-19 infection while taking part in activities in social settings.

テレワーク／ワーケーション — Terewāku/Wākēshon. “Telework” became a mainstay for white-collar workers able to do their jobs from home or other non-office locations, while “workations” were promoted by national and local governments, along with some major employers, as a way to keep the engines of industry running while workers enjoyed time in resort settings. Rimōto wāku (remote work) and zaitaku kinmu (performing one’s duties at home) were also commonly heard terms in 2020.

時を戻そう — Toki o modosō. “Let’s go back in time” was the phrase used by Shōinji Taiyū, half of the comedy duo Pekopa, to get the conversation back on track when his partner, Shūpei, made a foolish statement as the boke, the dim-witted foil to Shōinji’s sharp-tongued tsukkomi character. The pair’s popular acts revolved around Shōinji’s clever last-minute verbal gymnastics to turn an insult toward Shūpei into an (often snobbish) admission that his point of view had something to it as well.

NiziU — Pronounced nijū in Japanese, this all-girl idol group came out of the Nizi Project, which held grueling auditions in the standard Korean pop-music style to choose its members from a pool of Japanese and Korean applicants. Produced by J. Y. Park, who also put megastars like Twice and 2PM on K-pop fans’ radar, NiziU saw its popularity boom with a website sharing the group’s videos with eager viewers.

濃厚接触者 — Nōkō sesshokusha. “Close contacts” were people who had spent a considerable amount of time with, or been physically close to, confirmed carriers of the SARS-CoV-2 virus. Health workers sought to track down these contacts, who had a high likelihood of testing positive themselves, before they could spread COVID-19 to others. The technical definition of these close contacts eventually came to encompass people who had been near (within 1 meter of) a confirmed virus carrier, without wearing masks or taking other precautions, for 15 minutes or more within two days of the carrier’s hospitalization.

BLM運動 — BLM undō. The Black Lives Matter movement made its impact felt in Japan, too, after George Floyd, an African-American, was killed by police in Minneapolis, Minnesota, touching off protests that spread across the United States and then worldwide. Tennis star Ōsaka Naomi boosted awareness of the movement in Japan with the masks that she wore bearing the names of victims of racist violence.

PCR検査 — PCR kensa. Polymerase chain reaction testing is a common, if complex, way to test for SARS-CoV-2 infection in an individual. Positive results for these tests represent the bulk of the total confirmed COVID-19 cases reported in Japan to date.

まぁねぇ〜 — Mā nē. “Yeah, well, you’re right there” was a catch phrase used by the members of the female comedy team Boru-juku—particularly Tanabe Chika, who commonly says it when Kōgo Anri manages to defuse an insult delivered by her or the third group member, Kiriya Haruka, about Tanabe’s appearance. (A fourth member, Sakayori Nozomi, is taking time off for childbirth, but narrates the group’s videos on YouTube.)

(Originally published in English. Banner photo: People lined up for the reopening of Tokyo’s Ueno Zoo on June 23, 2020, maintain social distance as they wait to enter. © Jiji.)