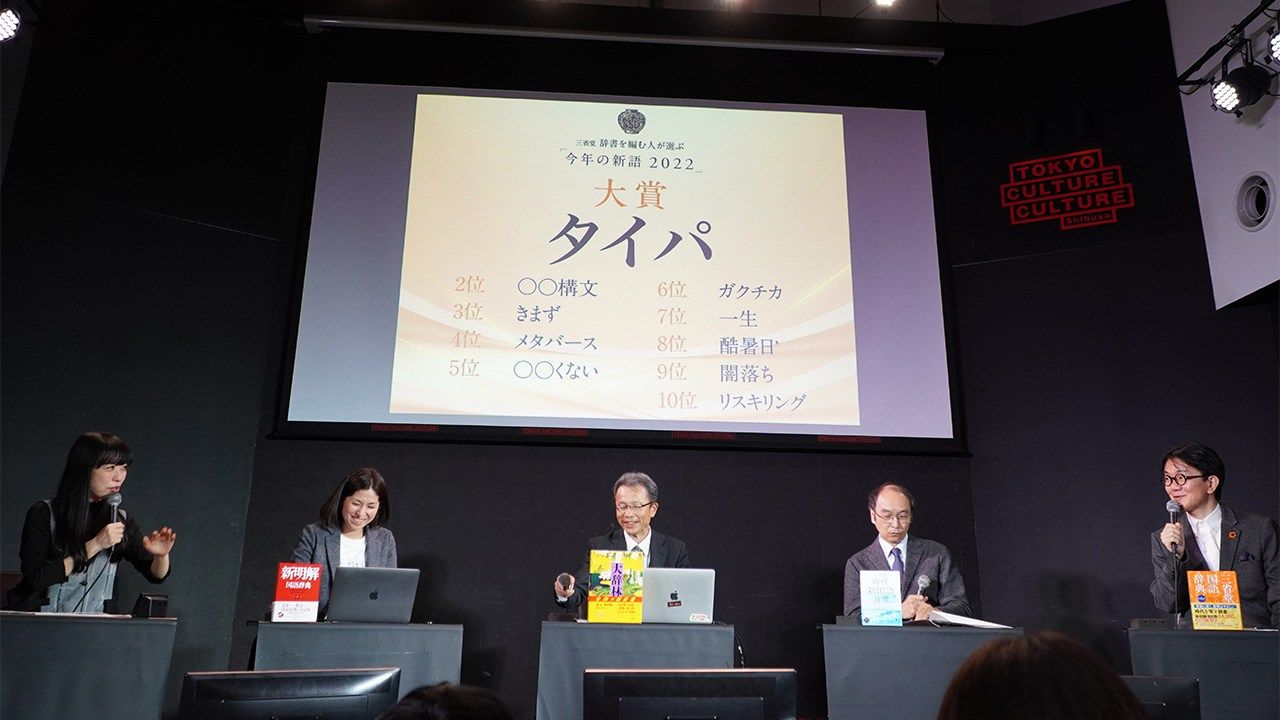 Language Society Dec 16, 2022
Taipa, an abbreviation of “time performance,” was selected by dictionary publisher Sanseidō as its word of the year for 2022, reflecting young people’s desire not to waste a second.

Get to the Chorus!

The word kosupa, an abbreviated form of “cost performance” meaning “value for money,” has become a standard part of the Japanese language. Dictionary publisher Sanseidō chose a variation on this theme, taipa, or “time performance,” as its word of the year for 2022.

Taipa is used for talking about efficient use of time, and is particularly associated with the members of Generation Z, born roughly between 1995 and 2010. In search of optimum “time performance,” they might watch films and drama at double speed or via recut versions that only show major plot points, and skip to the catchy parts of songs.

For these zoomers, learning to make the best use of their time is the only way to save themselves from drowning in an ocean of online content and to keep up with friends’ conversations.

The dictionary editor judges were also impressed by the extreme abbreviation of pafōmansu (performance) to simply pa; despite this brevity, taipa has caught on, assisted by the familiarity that kosupa has gained. One editor commented that there has not been such a bold shortening since baseball’s Pacific League became the “Pa League” (Pa rīgu).

Shōgakukan, another Japanese publisher, picked Kīu as its word of the year, the Japanese equivalent of the spelling Kyiv for the capital of Ukraine that follows the Ukrainian rendering more closely than the formerly standard Kiefu (Kiev).

Shōgakukan’s Top New Words of the Year for 2022

キーウ — Kīu [Winner]. A rendering of the Ukrainian capital Kyiv that represents the Ukrainian name, rather than the Russian Kiev (Kiefu in Japanese).

国葬儀 — Kokusōgi [Runner-up]. The decision to hold a state funeral for former Prime Minister Abe Shinzō after he was killed in July led to considerable debate. The government’s use of the word kokusōgi rather than the more common kokusō seemed to suggest that the ceremony was somehow different from earlier occasions.

メタバース — Metabāsu [Runner-up] Shōgakukan also saw the imagined virtual space as one of the key words to become established in 2022.