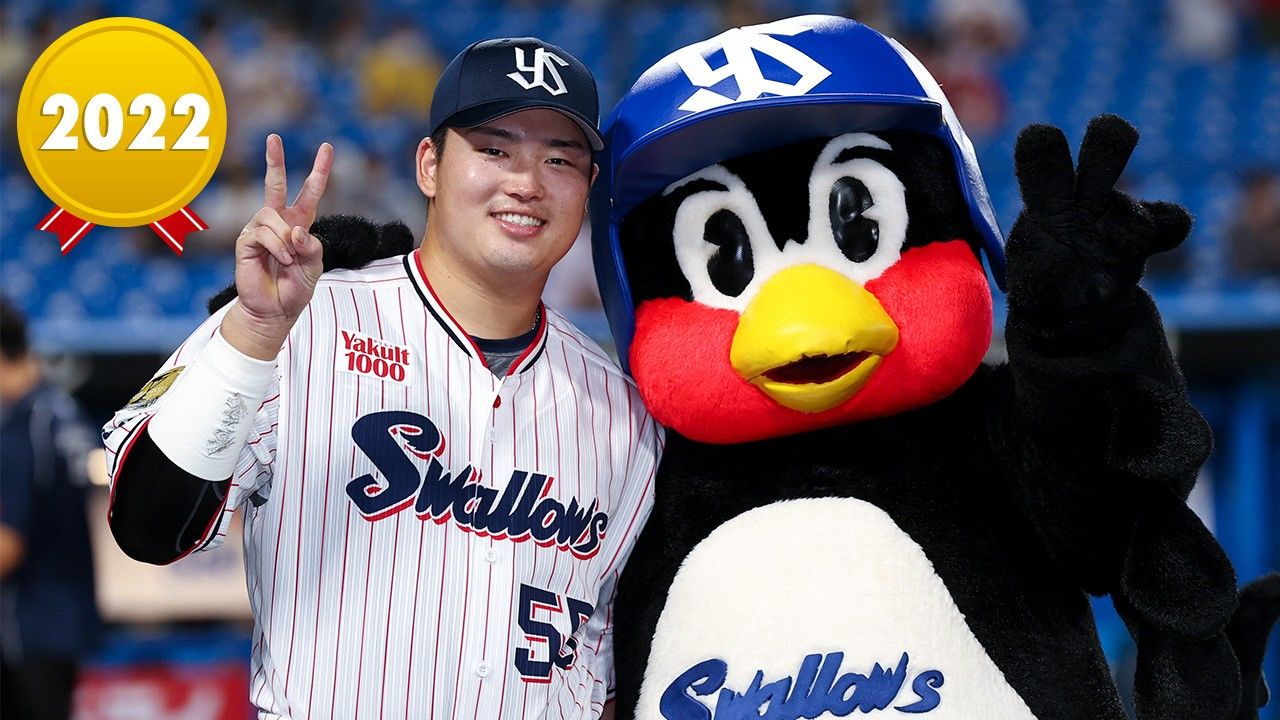 Murakami-sama: Baseball Star the Word of the Year for 2022

Culture Language Dec 1, 2022
Murakami-sama, a nickname for baseball slugger Murakami Munetaka, comes out on top as Japan’s word of the year for 2022. A look at the winning term and the rest of the 10 finalists.

Baseball Comes Out on Top

Last month we introduced the list of 30 candidates for Japan’s word or phrase of the year, as selected by the publisher Jiyū Kokumin Sha and its board of judges for the popular annual contest. Baseball figured largely on that list, with six of its terms coming from the sport or being coined by figures active in it. On December 1, the winner was announced: Murakami-sama, a nickname given to Yakult Swallows slugger Murakami Munetaka by fans who said his feats at the plate, where he smacked 56 home runs during the season, were something that could only be done by a kami-sama, or “god.”

Jiyū Kokumin Sha publishes Gendai yōgo no kiso chishiki (Basic Knowledge on Contemporary Terminology), an annual guide to trends and new terms in the Japanese language. Each year the company assembles a team of judges to consider the words on everyone’s lips during the past year, selecting a long list of candidates in November and the finalists at the beginning of December.

University of Tokyo Professor Emeritus Kang Sang-jung led the judges’ comments by noting that 2022 had proven to be another gloomy year, due to the ongoing pandemic, war and assassinations in the news, and a looming food crisis. “This feels like a millennial turning point for humanity . . . but in the face of these vast, dark stories, we saw signs here and there of phrases that turned these narratives back on themselves.” One example, he noted, was the phrase uttered by Sue Wataru, who coaches the Sendai Ikuei Gakuen High School baseball team: Seishuntte, sugoku mitsu nanode, which described the mitsu, or dangerous closeness that encourages viral infection, as something integral to the experience of his young charges: “youth is up close and personal.” This phrase won a special judges’ prize in this year’s contest.

Most of the other judges noted the shadow that continues to be cast over the linguistic landscape by COVID-19. As the poet Tawara Machi noted, though: “Today everyone has a smartphone, and masks are a fact of life. But it’s not only when new things appear that we see new additions to the language: As those things become something we’re all used to, that very process can also produce new phrases.” Words like sumaho shorudā, the “over-the-shoulder” smartphone carrying straps that were suddenly ubiquitous this year in Japan, are a prime example of the way that even the most ordinary of things can spark new descriptions.

村神様 — Murakami-sama. Yakult Swallows slugger Murakami Munetaka had a stellar season, smacking 56 home runs and becoming the youngest player ever to claim the triple crown, consisting of highest batting average, most home runs, and most runs batted in. Fans of the 22-year old eagerly discussed his godlike performance on social media, swapping the last character of his family name 村上 with 神(kami), meaning “deity,” and adding the honorific title sama for extra impact.

キーウ — Kīu. The Ukrainian capital once commonly spelled as “Kiev” is now Kyiv, a rendering more in line with its pronunciation in the Ukrainian language. As the Russian invasion of the country drags on, the city has been more in the news than ever, and Japanese media outlets have changed their katakana representation of its name from キエフ (Kiefu) to this new version.

きつねダンス — Kitsune dansu. The Hokkaidō Nippon Ham Fighters cheerleading squad, the “Fighters Girls,” performed this “fox dance” to the tune of the Norwegian comedy duo Ylvis’s 2013 hit “The Fox (What Does the Fox Say?).” The dance moves and catchy music were a smash hit at the ballpark, where fans were out of their seats to join in the moves during Fighters home games.

国葬儀 — Kokusōgi. “State funerals” were in the news this year when the ruling Liberal Democratic Party decided that former Prime Minister Abe Shinzō would receive one. The prewar State Funeral Order, which specified such ceremonies for emperors and empresses, along with suitable personages nominated by the prime minister, became invalid in 1947, and the present Constitution offers no basis for them in the modern era. There have nevertheless been a handful of state funerals for prime ministers, with Abe’s the latest. (This term was also in the news in connection with the rites for Queen Elizabeth II.)

宗教2世 — Shūkyō 2-sei. “Second-generation believers” are the children born to members of certain religions; they are raised in an environment strongly colored by the faith and beliefs of their parents and other family members. The sociologist and religious studies specialist Tsukada Hotaka coined the term, which has come into wider use in the wake of former Prime Minister Abe’s killing; the gunman arrested at the scene states that his mother was deeply involved in the Unification Church, whose ties with Abe apparently moved him to carry out the shooting.

知らんけど — Shiran kedo. Meaning “I guess,” or “it’s not like I know anyway,” this phrase, tossed out at the end of a statement, is a way to evade responsibility for the content of what the speaker just said. Widely used by Japanese speakers in the Kansai region in recent years, it made its way to Tokyo and elsewhere in Kantō, where young people in particular have taken to it as a way to turn the entire thrust of the argument presented so far on its ear.

スマホショルダー — Sumaho shorudā. These over-the-shoulder carrying cases for smartphones were popular items among people of all ages. Types range from simple covers to those with multiple pockets that double as a wallet or small bag.

てまえどり — Temaedori. This movement to reduce food loss urges shoppers to choose perishable items at the front of display shelves, which are typically nearer their expiration date than those at the back, if they intend to consume them shortly after purchase. The phrase combines the words temae (in front of) and toru (to take).

ヤクルト1000 — Yakuruto 1000. The probiotic drink Yakult 1000 has been a runaway hit since becoming widely available at stores in October 2021. Containing a distinct strain of lactic acid bacteria, it has steadily garnered new converts who claim it has such health benefits as lowering stress and improving sleep.

悪い円安 — Warui en-yasu. Finance Minister Suzuki Shun’ichi declared the weakening yen as “bad” for the Japanese as economic factors like Russia’s invasion of Ukraine increased uncertainty around the globe. The currency fell to a 32-year low against the US dollar, venturing into the ¥150 range briefly in October. The yen’s rapid decline has worsened inflation, impacting household budgets by pushing up the cost of things like energy and daily necessities.

青春って、すごく密なので — Seishuntte, sugoku mitsu nanode. Residents of Japan have been urged during the COVID-19 pandemic to avoid san mitsu, or the “three Cs” of confined and enclosed spaces, crowded places, and close-contact settings. Sendai Ikuei Gakuen High School baseball coach Sue Wataru, however, highlighted the strain this has been on younger generations when he stated poignantly that “youth is up close and personal” in an interview after the team became the first school from the Tōhoku region ever to win the prestigious summer national baseball championship.